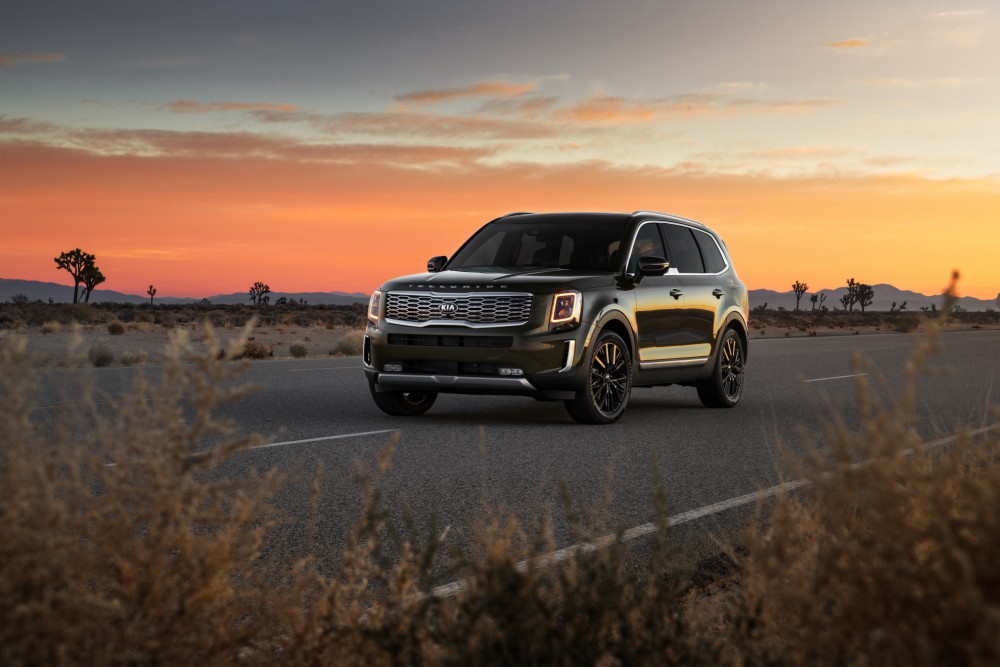 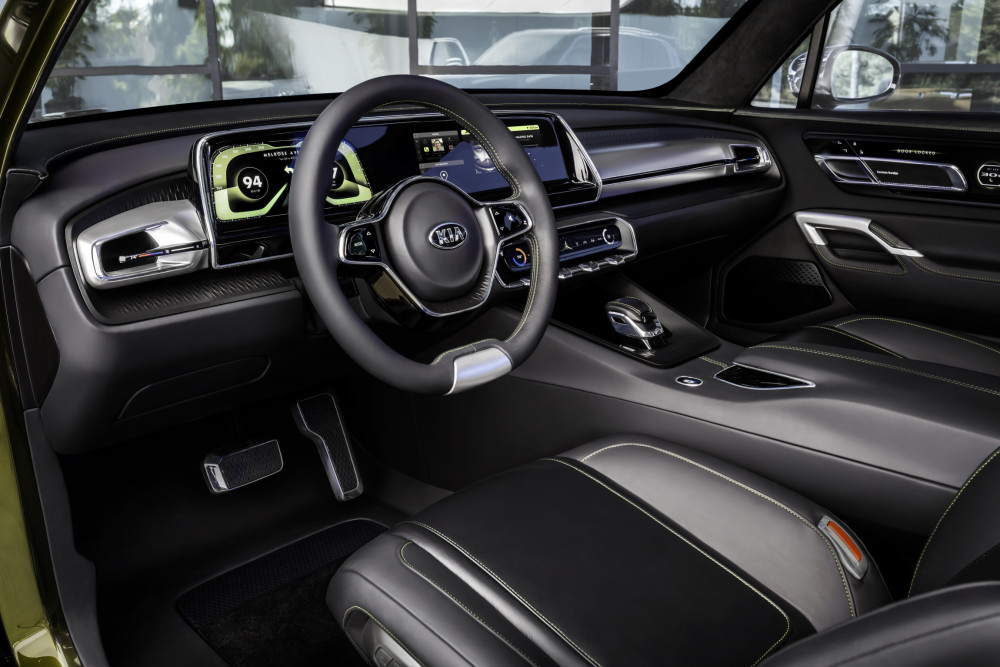 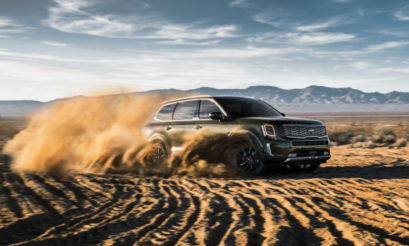 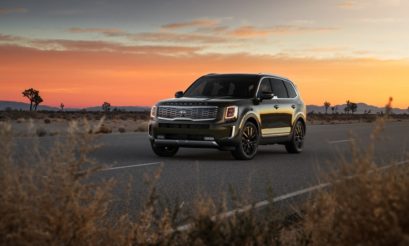 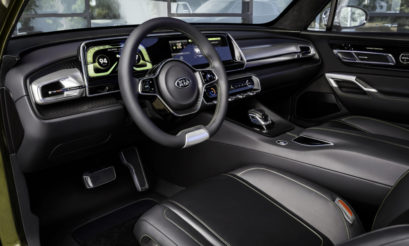 They say that ‘what doesn’t kill you makes you stronger’. This certainly rings true when considering Kia’s SUV foray into the massive and competitive American market.

In 2008 Kia introduced its Borrego SUV in the US market. Borrego (meaning big-horned sheep) was a large seven-seat SUV, designed by the legendary Peter Schreyer for the international market, powered by large capacity engines. It was also a dismal sales failure in the USA, lasting only two years before it was discontinued in that market.

Fast-forward to 2019, and the all-new Kia Telluride. Learning from past mistakes, Kia’s engineers from the outset designed the Telluride specifically for the US market, to be built in the US too.

The Telluride certainly looks the business. Modern, sleek and beautiful, but still with a hint of old-fashioned, hardcore 4×4. Apparently the designers moulded the Telluride’s lines around popular boxy American favourites such as the Ford Bronco, but with a distinctly modern twist. It’s huge, similar in dimensions to Toyota’s Land Cruiser 200.

The interior is equally impressive and spacious. In fact, the seven or eight-seat interior is so good, and the attention to detail so impressive, it puts plenty of other mainstream SUVs to shame.

No wonder then: the Telluride has been a runaway success in the States, and more than 40 000 units have been sold since March 2019. The manufacturing plant in Irvine, California, can simply not build units fast enough for the US market, never mind the export market.

We had a brief drive in a top specification Telluride SX model in Dubai in the United Arab Emirates – and it was very obvious why this Kia SUV is proving so popular in Trump-land.

The big Kia is powered by a 3.8-litre V6 petrol engine that delivers 220kW of power and 355Nm of torque and power is transferred to the four wheels via an eight-speed automatic gearbox. Our unit was the all-wheel-drive version, riding on an all-round independent spring suspension set-up.

There is no transfer case, but you do get an off-road Drive Mode system. Eco and Smart modes utilize only the front wheels, while Comfort and Snow adds a dollop of rear-wheel drive to the game. Sport mode sends even more power the rear wheels’ way, the trick system adjusting the specific amount of torque per wheel according to traction, road conditions and driver input.

The cabin is, to be frank, immensely impressive. Quality is absolutely top-notch, and you get every gadget as standard – from a 10.25 TFT screen to a Driver Talk mode (the driver can speak to rear-seat passengers via the audio system), head-up display (HUD), forward collision-avoidance assist (including autonomous braking), a high-end Harman Kardon sound system, ventilated, leather-covered seats – you name it, this Kia’s got it.

The driving experience is equally impressive. Smooth, refined and utterly effortless, the big Kia floats through the traffic in a most comfortable manner. However, when you stand on the accelerator pedal, it blasts forward with verve. According to Kia, it will complete the 0-100km/h sprint in just over seven seconds – plenty fast enough.

Driving this Kia is a revelation. It hardly feels like, well, a Kia. Or what you’d expect a Kia to feel like. Instead it feels more like a high-end luxury SUV that can rival the best from Germany and Japan. In some regards it is actually streets ahead of its rivals.

That’s the good news… now for the bad part. The left-hand drive Telluride’s unprecedented popularity in the US market means that Kia will not be focusing on a right-hand drive model any time soon.

Instead the Korean company will be aiming to increase their left-hand drive manufacturing capacity to meet demand across the world (because of the demand in the USA, there are long waiting lists in other left-hand drive markets).

Which means the chance of the Telluride landing on local shores is pretty small, if not altogether impossible. Our market is, simply put, insignificant when measured against colossuses like the USA and China.

Nevertheless, here’s hoping Kia’s flagship model will one day make it here too. 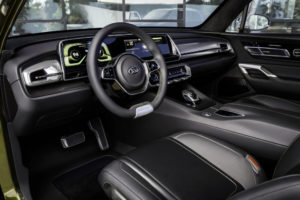