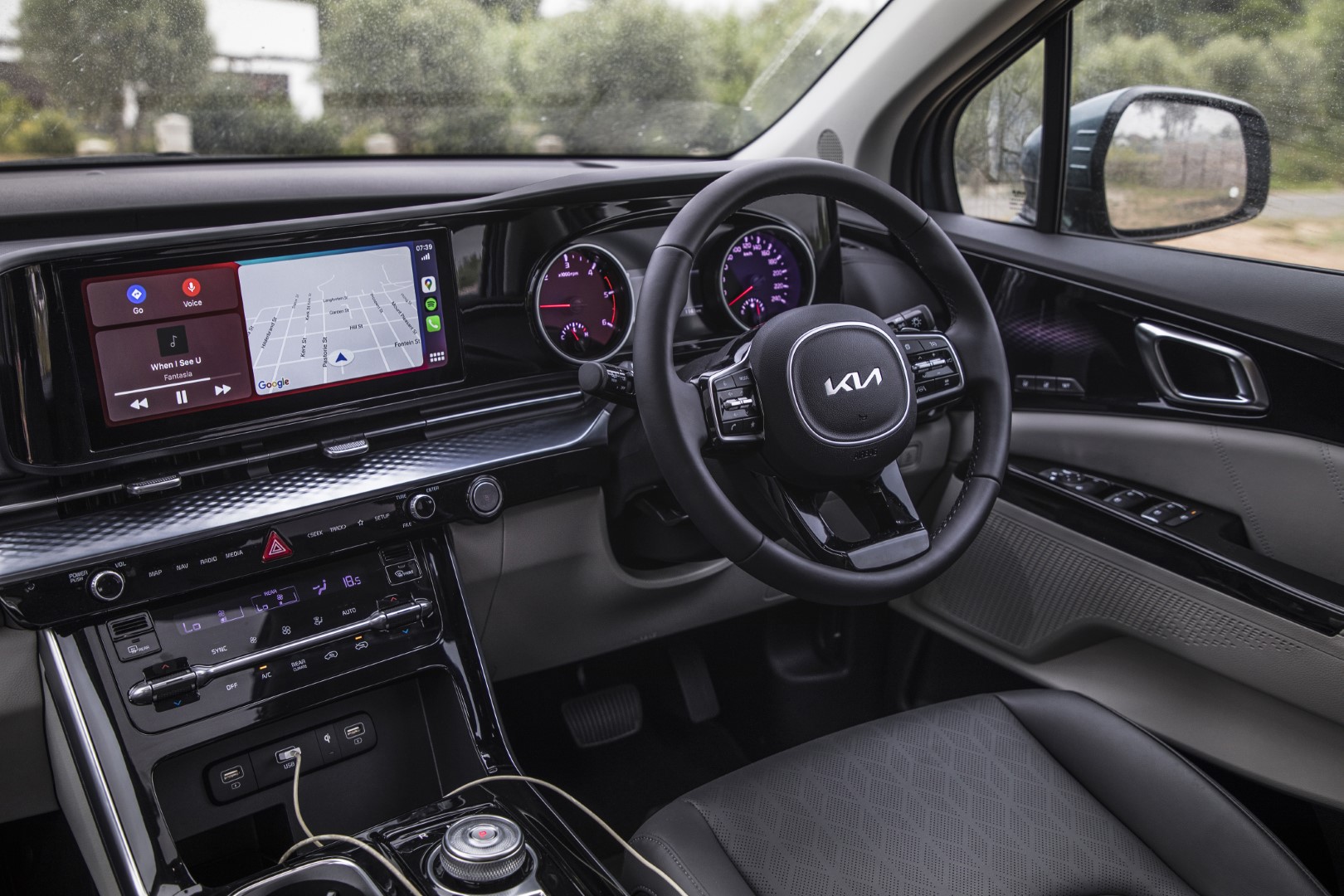 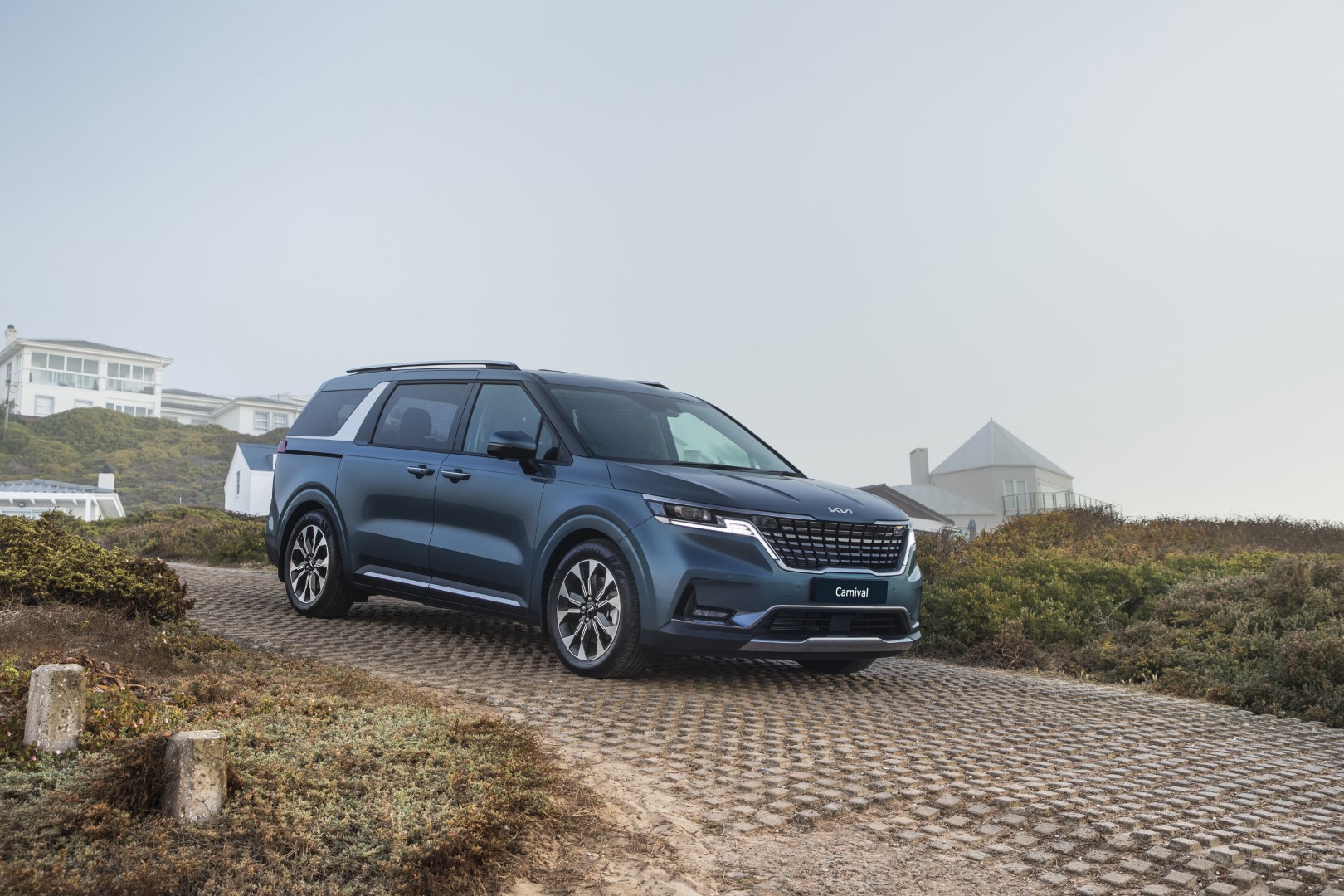 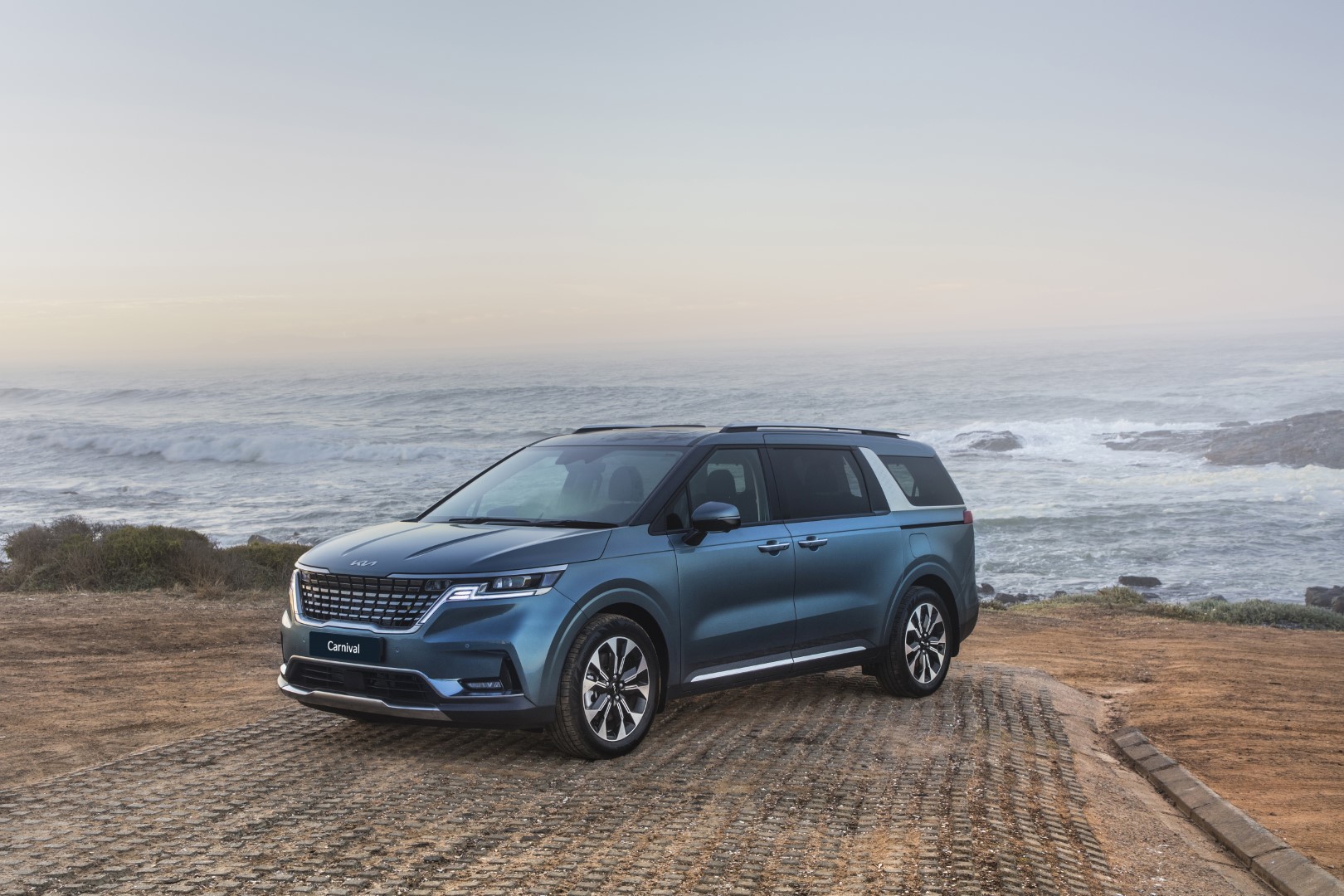 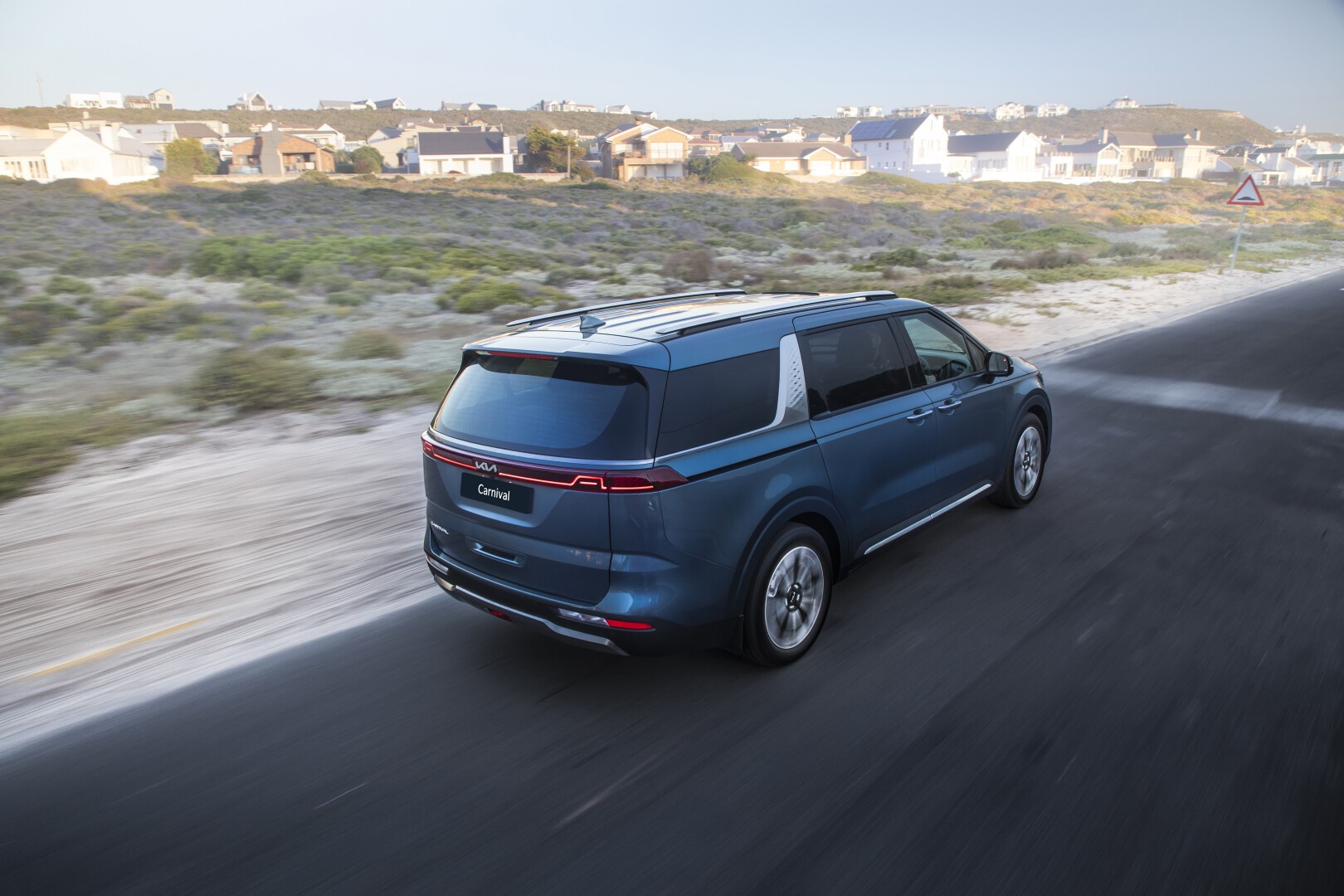 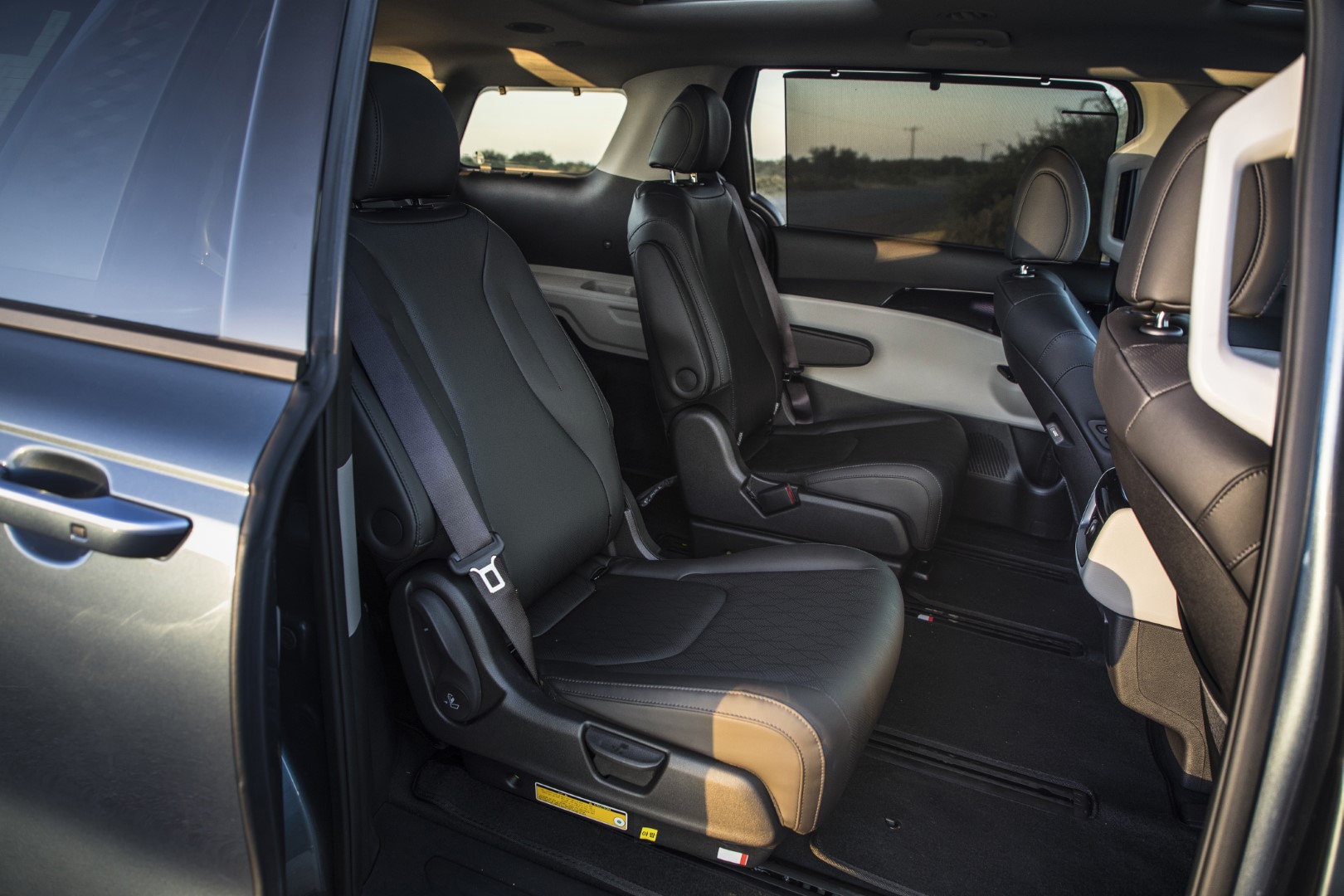 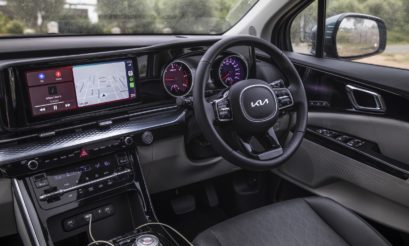 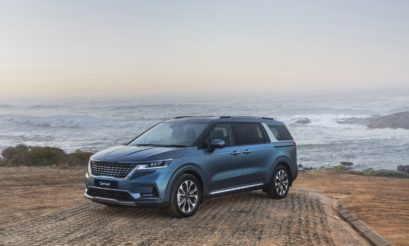 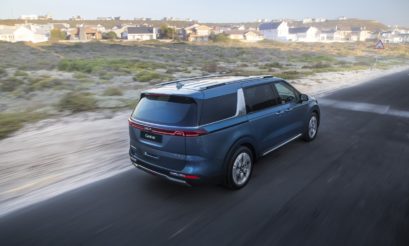 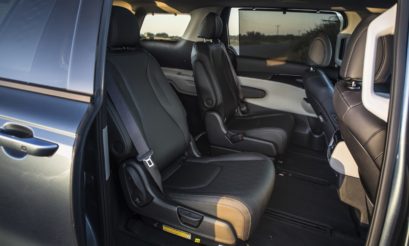 Monday to Sunday, the Carnival always has something to offer the family

The Multi-Purpose Vehicle has sprouted some green shoots in recent months with models like the Hyundai Staria, Opel Zafira and this KIA Carnival all trying to inject a dosage of flair back into the segment where function always outweighs form.

The type of highly rational decision that goes head-to-head with the 7-seater SUV that inevitably is criticized for compromised three-row comfort, yet almost always edges out the  MPV based largely on a sharper image and in some instances, off-road acumen.

This is not KIA’s first crack at an MPV. The previous Grand Sedona was one of our favourites in terms of value-orientated luxury travel and the new Carnival has expanded on that formula through a number of digital refinements and upgraded materials.

Doors that are electronically operated, an overarching theme here, and with buttons on the key fob to cut down on waiting time, is a soft-touch 7-seater cabin that during my time quickly started to resemble corners of a bedroom, classroom, and office.

Kids can stand up straight and walk between the second row of individual seats – but not the front two – which are arguably the most sought-after of the lot and well-equipped thanks to a reclining function and have the added benefit of sliding forward or backwards, although don’t swivel into a conference’ mode like in a Vito or Caravelle. This strictly forward-facing layout might also explain why the KIA Carnival doesn’t have any tables.

With this ilk of vehicle, it’s all about placing  passengers in their own little zones where they don’t need to share plug points or compromise their comfort. The Carnival achieves this thanks to its own rear climate panel, cup holders and enough USB ports to keep every device charged.

We’re also impressed that the premium materials, piano black finishes, contrasting black and white surfaces and warm lightning effects aren’t only reserved for the front row . Each of the seats for instance is sculpted and supportive too. If you want more space, the seats can be removed to yield a volume area that could probably swallow 80 per cent of a Kia Picanto.

There’s a high probability that time at the wheel of the Carnival will be done without any passengers so scooping together any driving enjoyment from a body that is over five metres and weighs nearly three tons is a challenge that fortunately wasn’t completely dismissed by KIA’s chassis folk. That said, its handling still lacks the directness of an SUV, although thanks to light controls and good visibility, we never struggled to thread it around town. You also don’t sit quite as much on top of the front axle as with other MPVs and the overhangs and car-like seat position create an environment of familiarity.

No hybrid, but diesel delivers on efficiency

The 2.2-litre engine is currently the largest engine you’ll find behind KIA’s updated grille and it drives the front wheels through an 8-speed auto transmission with no other drivetrain options available. It’s a fairly last-generation mill that despite the many driving modes, and idiosyncratic gear shift paddles, won’t have you chasing the redline. In fact, one barely takes any notice of the dials showing speed or engine rpm. Just know that it provides bakkie-rivalling performance and uses less fuel to do so, with ours averaging around 9l/100km.

Typical KIA switchgear and layouts would be gobbled up by the Carnival’s cockpit so designers clearly spent money creating bespoke panels and displays that house the largest amount of gadgets and systems in any KIA thus far.  It really does utilise the space effectively, yet won’t have you stretching, while the combination and variety of switches are mostly right, and everything is clearly labelled. Buttons are also nicely angled which helps with touch accuracy.

The 12-inch screen supports the usual smartphone integration but rather disappointingly will only give you the full experience and access when it’s connected via a USB cable, rather than wirelessly. A real joy in winter were the heated seats (and by contrast, summer will see the cooled seats switched on) while autonomous driving systems are at the cutting edge and provide long stints of hands-off driving with smooth corrections and gentle braking forces applied. Big vehicles like this rely on technology like blind-spot monitoring and wonderfully crisp camera feeds front and rear with an aerial view too.

If you’ve read this far, you’re probably already considering an MPV  – good for you! We tried hard to fault the Carnival but came up empty handed and while perhaps the Hyundai Staria might just edge it in looks, we prefer the Carnival’s interior design, especially the materials and recessed buttons resulting in a premium look. Considering the many distractions and impatient requests that might arise from passengers in the rear seats, the autonomous driving modes are also some of the best, and necessary.

There was a time when the Mercedes Vito was the undisputed champion of luxury travel but after driving the KIA Carnival, there might be a new heir to the MPV throne. 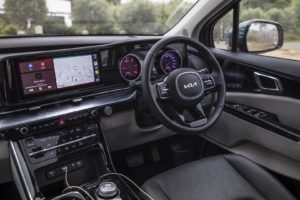 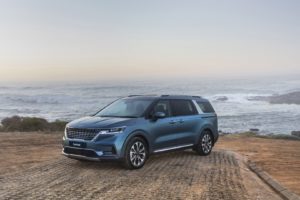 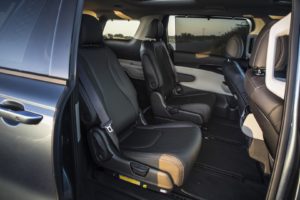