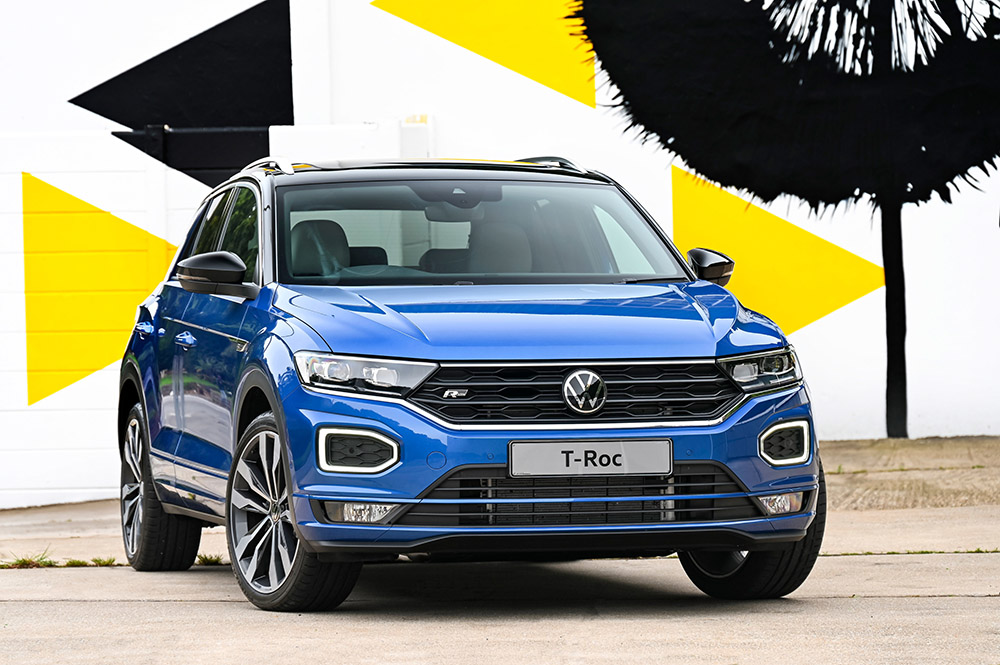 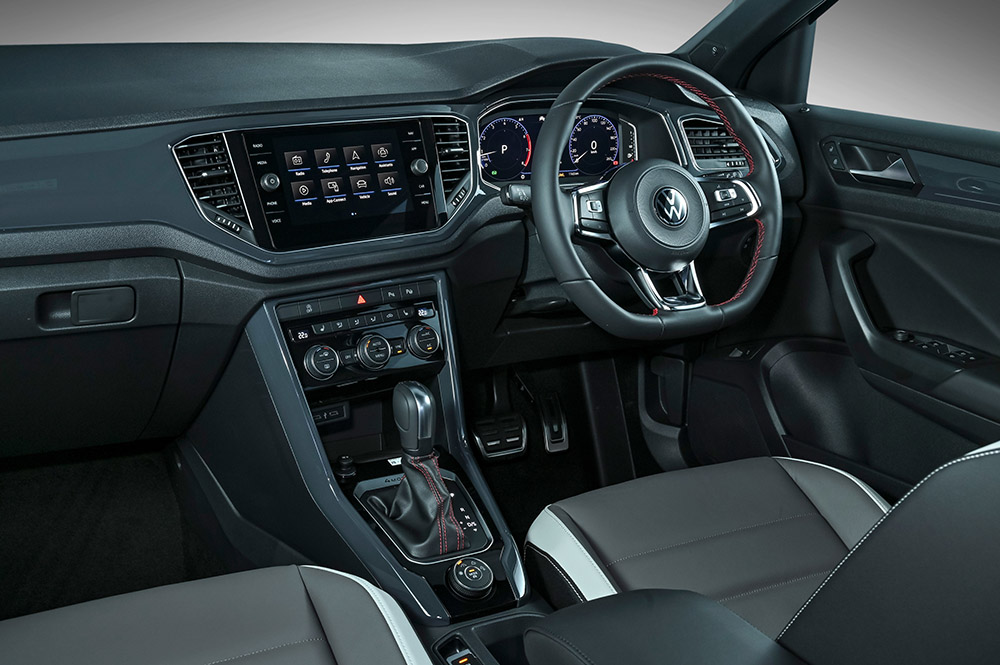 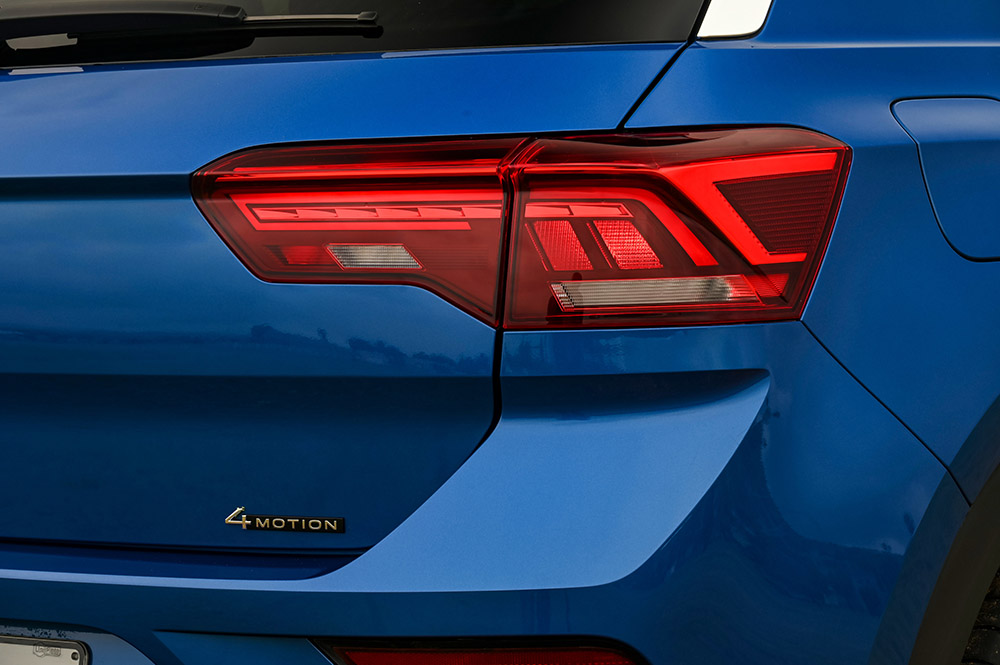 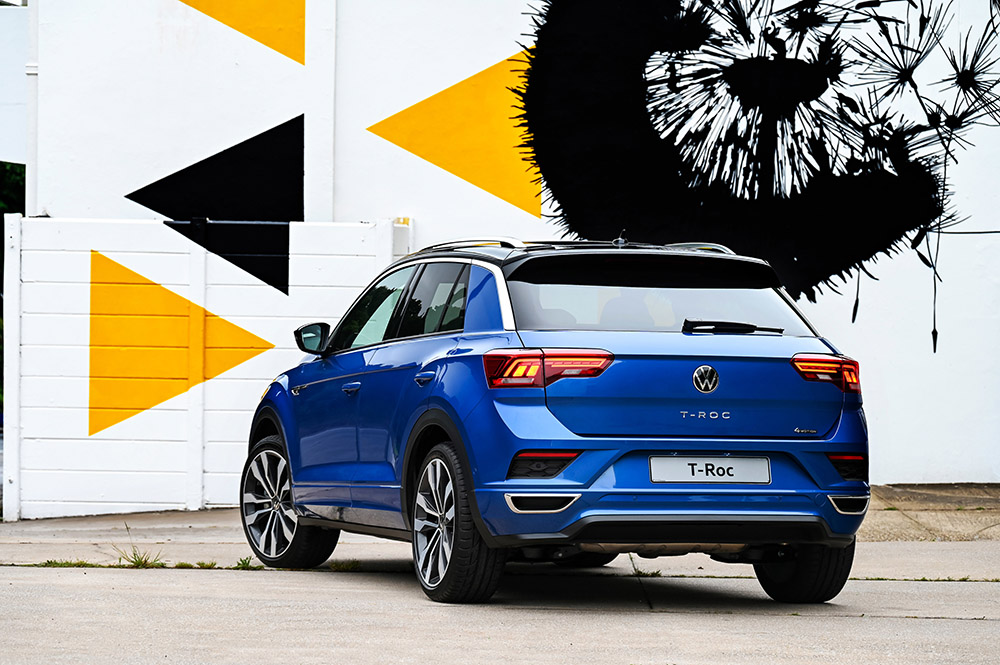 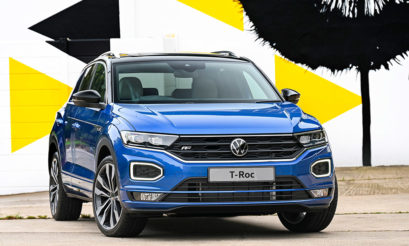 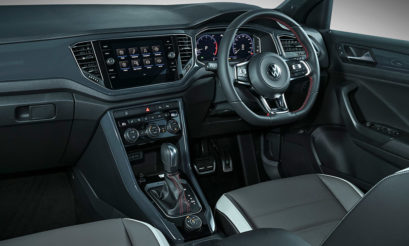 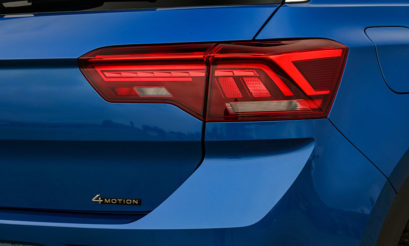 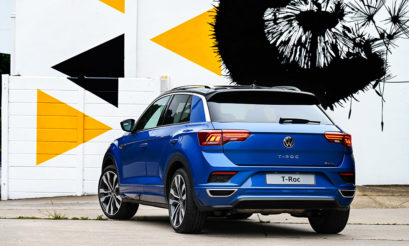 Volkswagen South Africa is ending off the year with the physical launch of their most anticipated product, the T-Roc.

The T-Roc is brand new for South Africa, due to lockdown restrictions the baby SUV was introduced to the market via a virtual launch in June, five months later and we’re finally able to get behind the wheel at the physical event in the Western Cape.

The T-Roc is the final piece to complete Volkswagen South Africa’s SUV line-up, of which all models now begin with T and offer something for everyone. This is the first model we’re getting that bears the newer, simpler VW logo in the metal, and the new 4Motion livery, like the new logo there’s less 3D etching involved.

The T-Roc’s place in the SUV line-up slots in above the phenomenally successful T-Cross, which is VW’s best-selling imported car, and below the Tiguan. The Touareg remains the master of the T-family.

KEEPING IT IN THE FAMILY

Built on the MQB platform, the T-Roc is a smaller sports-coupe SUV and the engine offerings that we’ll be getting in South Africa reinforce the sporty notion.

The T-Roc paired with the 2.0-litre TSI engine is right-sized, it’s the perfect pairing of engine, gearbox and car. The 7-speed DSG gearbox isn’t reduced to hunting tactics when climbing a hill or overtaking, the engine has enough torque (320Nm), and power to keep in the highest gear, which lends itself towards efficiency. Road holding is fantastic, there’s no excess weight or extra body panels that effect weight distribution around corners or slow it down in a straight line.

The Design models are shod with 17-inch alloys as standard, there’s the option to upgrade to 18-inch wheels which have a larger variety of spoke designs to choose from, the R-Line model has only 19-inch Suzuka alloys.

The T-Roc they’re labelling the ‘Styled Performance Seeker’ aiming at the stylish, contemporary urbanites amongst us. And the styling speaks volumes to the market. Want to stand out? You got it! For the first time, VW is offering the two-tone colour scheme. The T-Roc has ten body colours that can be paired with four roof colours for the two-tone exterior on the Design trim, and eight body-colours with four roof colours on the R-Line trim. The Design spec line does as it implies, it’s the most flexible in terms of allowing your individual colour preferences to shine through, including the interior. If you like your car on the less ‘flash’ colour spectrum of silver, or white exterior paired with a dark interior, you can have it. The R-Line sticks to the more ‘grown-up’ aesthetics, the interior is dark colours and gloss finishes.

The T-Roc trim lines are not according to the traditional VW naming of Comfortline, Highline, and Trendline. There’s the Design and R-Line. Finish, and klaar. The Design line gets all the bells and whistles including the Composition Media touchscreen with App Connect, white ambient lighting, park distance control, two-tone exterior colour and interior colour inserts.

The R-Line keeps the focus on performance, building on what the Design spec offers. The 4Motion Active Control with four driving modes of Eco, Normal, Sport and Individual. Normal mode doesn’t feel like the performance has been throttled down, the response is pleasantly spritely. Sport mode ups the tempo from behind the wheel though doesn’t feel as though the driver is asking too much of the T-Roc, as said earlier, it’s right-sized. Building on the Design spec list the R-Line offers LED headlights and rear lights, keyless entry, an electrically operated rear hatch, and the active info display binnacle cluster.

VW make cars exceptionally well, so well that sometimes there’s simply nothing to critique at first impression, which from a review point of view can be considered as ‘drinking the cool-aid’. Maybe if we’d driven the 1.4-litre TSI we might have a criticism to offer, who knows.

Any criticisms? The price, it’s not cheap. Though this is not VW’s fault, this is what happens when the government imposes ridiculous taxes and duties on cars and we’re at the whim of the exchange rate, which fluctuates wildly every time Eskom sneezes resulting in loadshedding. It’s also the price paid for a car that’s well built and meets stringent safety standards; the T-Roc is not built to a price point in a factory in South-East Asia, it’s built to reliably and safely transport people in comfort. If I was looking to buy a compact SUV would I spend my own money on this car? Yes. 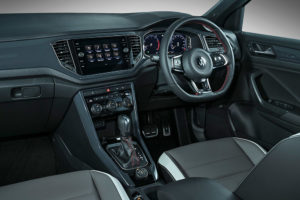 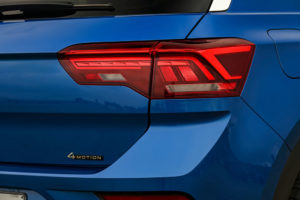 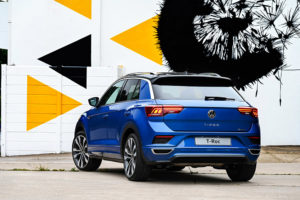