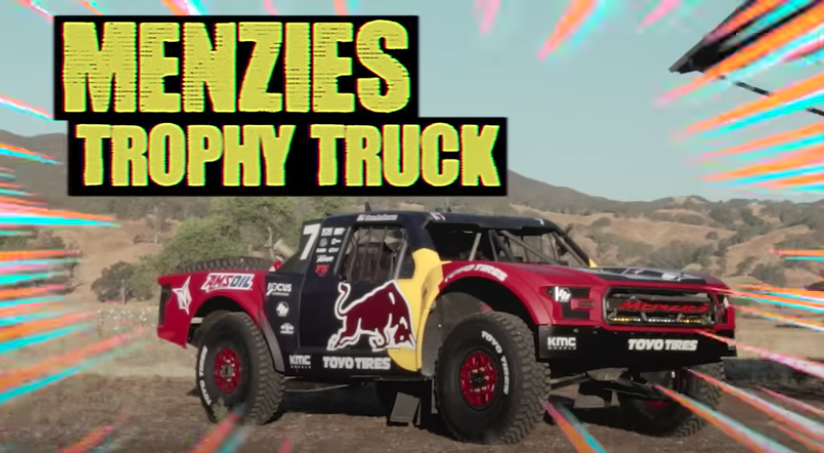 Hoonigan Industries is most often associated with Ken Block and his bespoke cars. In a series called This vs That Hoonigan sets up to oddly matched cars for a bonkers drag race. This week it’s Mint 400, Baja 500, and Desert International Winner Bryce Menzies Trophy Truck up against Ken’s bespoke Hoonicorn Mustang.

Notice the Trophy Truck’s suspension roll as it moves to the start line, it runs on bespoke 40-inch tyres, and has 30 inches of wheel travel from a customised Fox suspension set up.