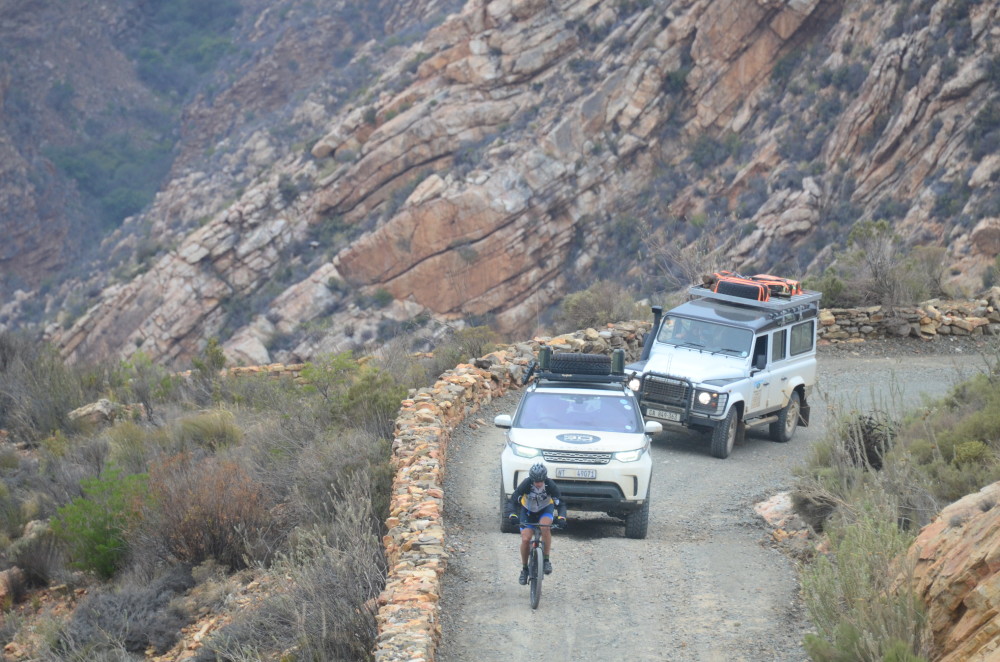 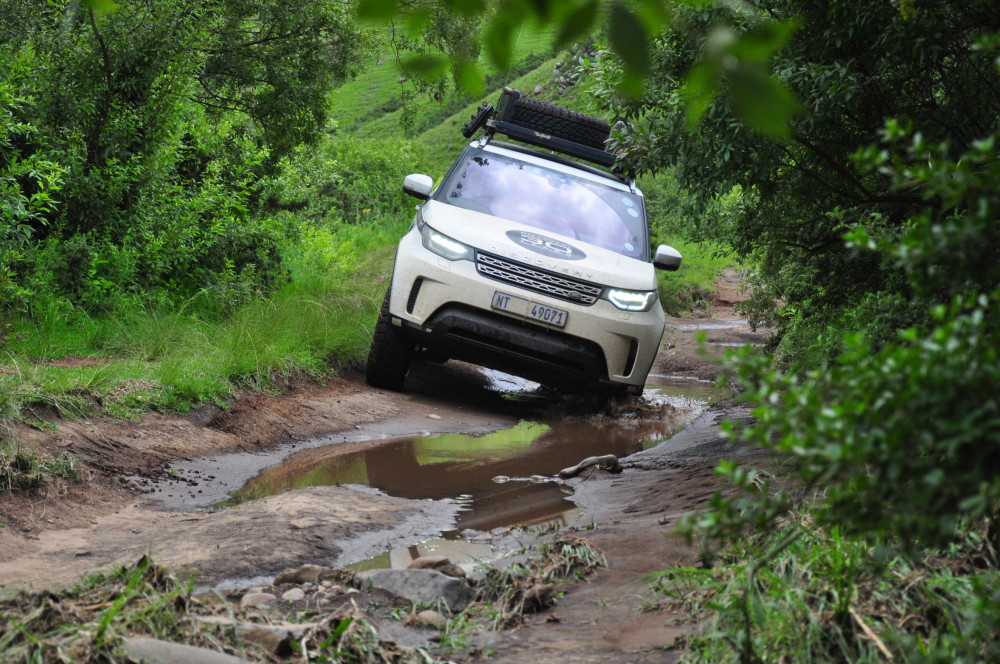 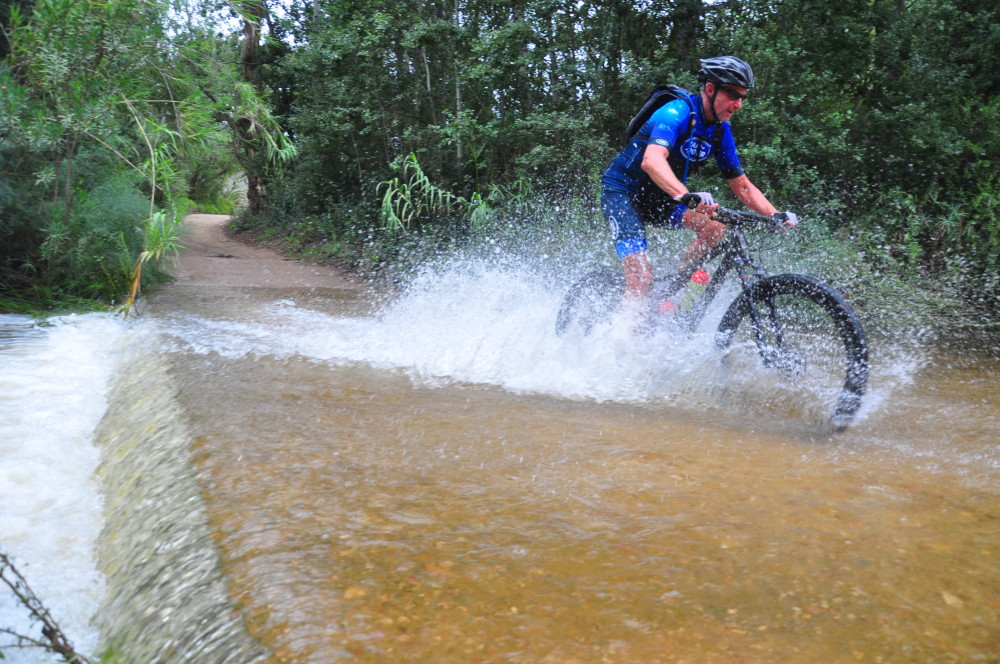 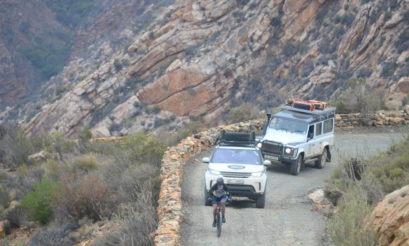 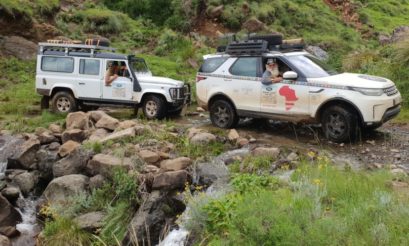 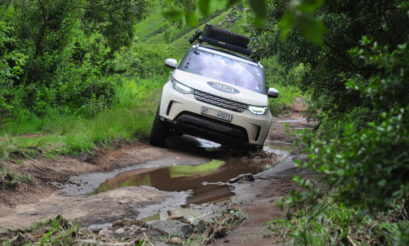 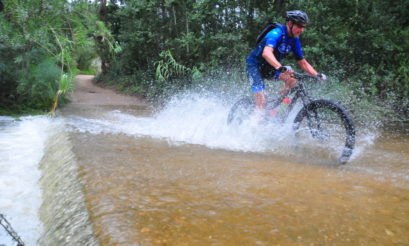 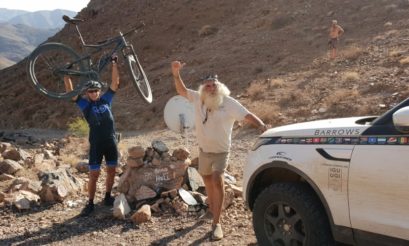 The miniature expedition (by Holgate standards) was dubbed ‘Riding High on Sky’ in reference to the extremely high-altitude routes covered by both Kingsley in his Land Rover Discovery, and Mike on his trusty bicycle. The trip involved over 4,000km of tricky conditions including steep ascent and descents, rocky outcrops and fast-flowing water crossings around South Africa and the official highest country on Earth – Lesotho.

“We started researching how many mountain passes are here in South Africa out of pure curiosity,” said the grey-bearded explorer and Land Rover ambassador. “In 2018, on the world-first Land Rover transcontinental expedition from Cape Town to Kathmandu in Nepal, we’d traversed some of Europe and Asia’s highest mountain ranges.

“We wanted to see if there was a similar opportunity right here on our doorstep, and were astonished to discover that there are over 500 registered mountain passes in South Africa and Lesotho alone. So the idea of a new 4×4 South Africa-based challenge – to complete 100 of the highest, toughest and most historic mountain passes in 30 days – was born.  It turned out to be a grand adventure and a great way of exploring out-of-the-way places in our own country.”

Holgate and expedition members Mike Nixon, Sheelagh Antrobus, Bruce Leslie and Graham Cooke started the challenge on the 3,270m summit of Tlaeeng Pass in the Maluti Mountains of Lesotho, southern Africa’s highest drivable mountain pass, early in January.  Upon departure, the goal was to conquer 100 of Southern Africa’s highest, toughest and most historic mountain passes. In the end the final tally was 125.

The ‘Riding High on Sky’ expedition also paid tribute to Thomas Bain, by following in the footsteps of one of South Africa’s greatest road engineers. In 1848 Bain began building famous mountain passes with names like Swartberg, Baviaans, Prince Alfred, Bains Kloof and the ‘Seven Passes’ road.

“It’s hard to decide which ones stand out amongst them,” mused Kingsley.  “The Zeerburg Pass near Addo, for its strong historic ties to the days of ox-wagons and hardy trekkers toiling to reach the diamond fields of Kimberly.  Then there was the remote, rough and steep Antoniesberg Pass in the Karoo heartland to reach the spectacular Baviaanskloof.

But it was in the hot, drought-stricken landscape of the Northern Cape after completing the Cederberg mountain passes that the team faced their most dangerous test of all – a mountain pass called ‘The Road to Hell’.

“We met a tough local miner whose first words to us were, Don’t go there!” said Mike Nixon.  “Only after we explained that we were on this crazy Land Rover and mountain bike challenge to crack 100 passes across southern Africa, and only had a few days to go, did he relent and lead us out onto the sandy desert tracks that would take us to the top of The Road to Hell.”

Putting the Land Rovers in low-range, ‘hill-descent’ mode and with tow ropes at the ready, the team slowly made its way down the twists and turns, sliding over loose rocks that form the bulk of the road’s surface to reach the end-point on the banks of the Orange River.

With just 48 hours to the 30-day deadline, the Riding High on Sky team reached the mountainous desert of the Richtersveld on the border with Namibia and tackled the final six mountain passes on the list without incident. Mike ‘Shova’ Nixon completed all of them by mountain bike.

Mike Nixon, the expedition team member who has cycled thousands of kilometres alongside Kingsley and crew on various humanitarian journeys around the world, used this trip as high-altitude training for the 2020 Absa Cape Epic mountain bike race scheduled for 15-22 March. The ‘seven summiteer’ (meaning he’s climbed the highest peaks in each of the world’s seven continents) has completed all past 16 Epic races, making him one of only four ‘Last Lions’.

Land Rover is the Official Vehicle and Route Partner of the world-famous Cape Epic race, and Nixon will again ride for Team Land Rover at this year’s edition. His partner for the race will be Hannele Steyn, herself a Last Lioness, to make for the most experienced pairing in the event’s history. 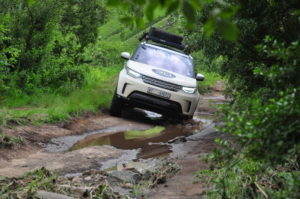 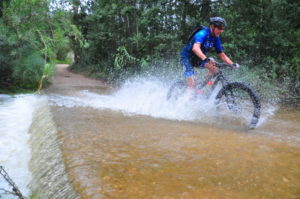