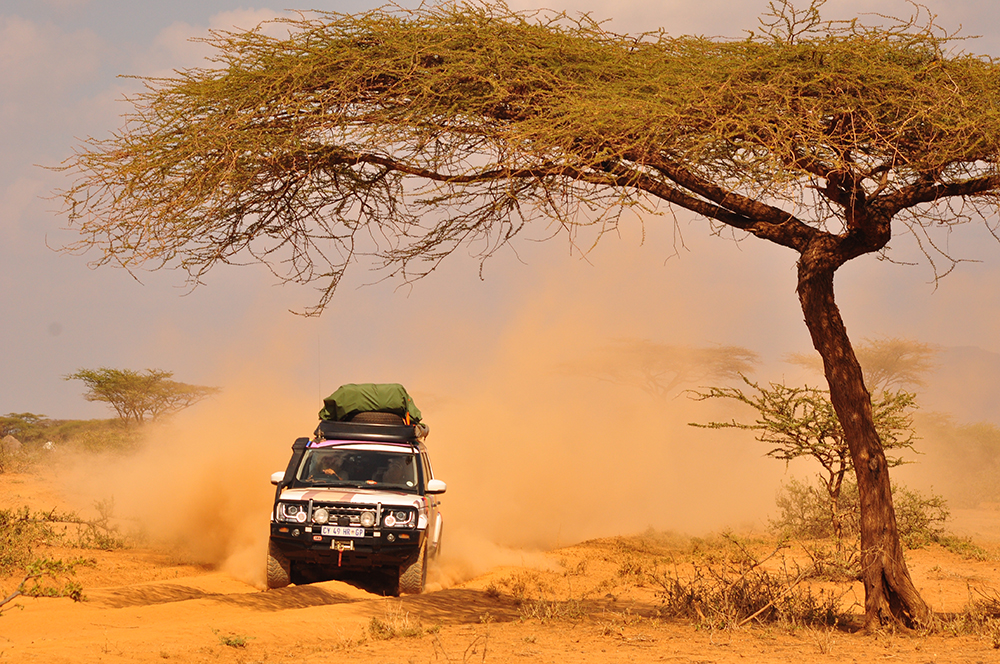 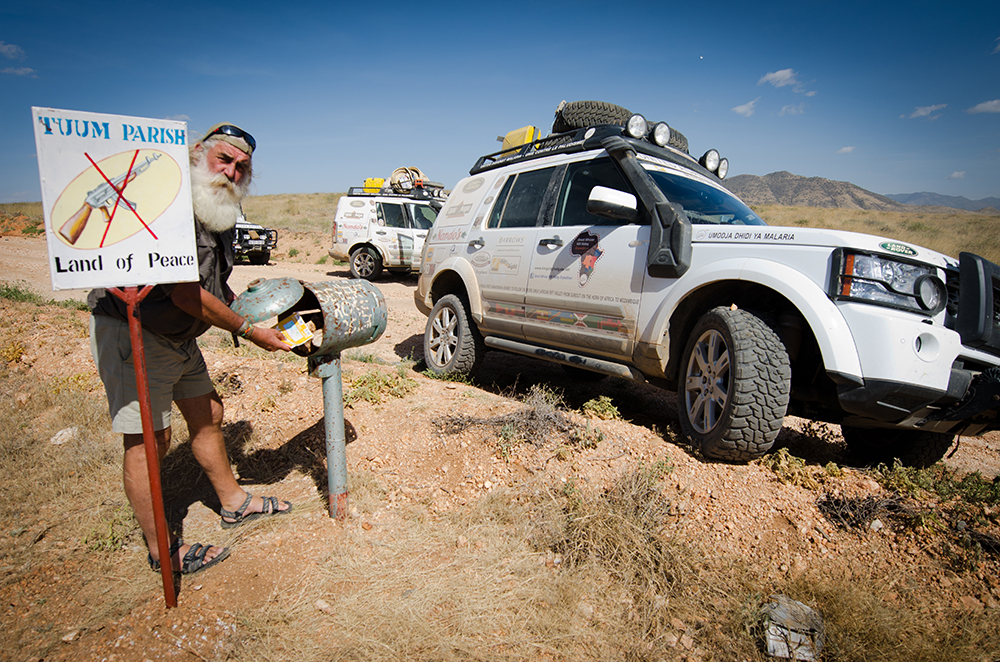 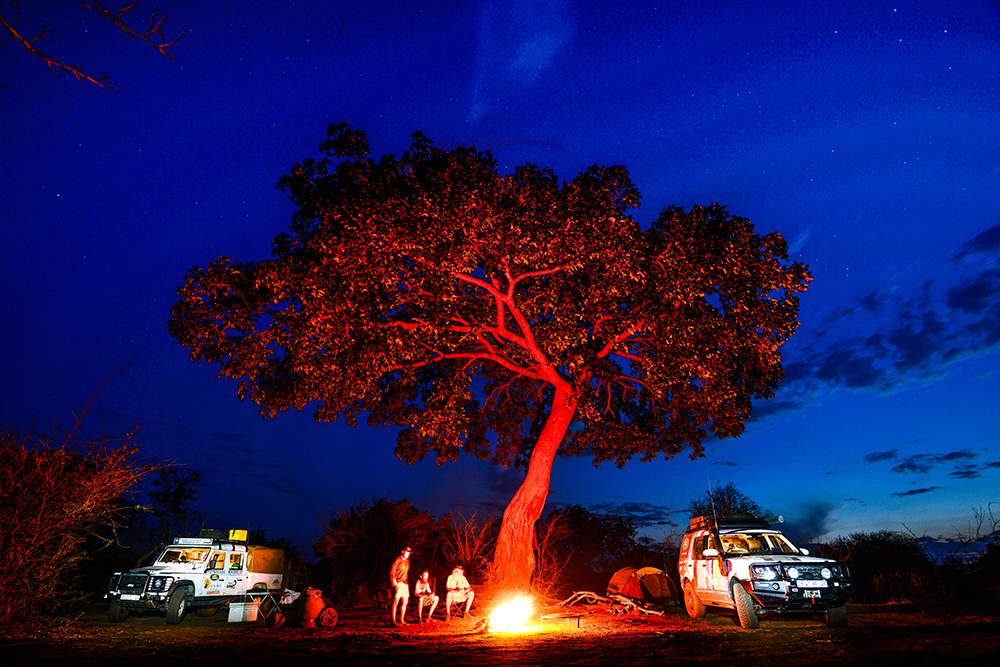 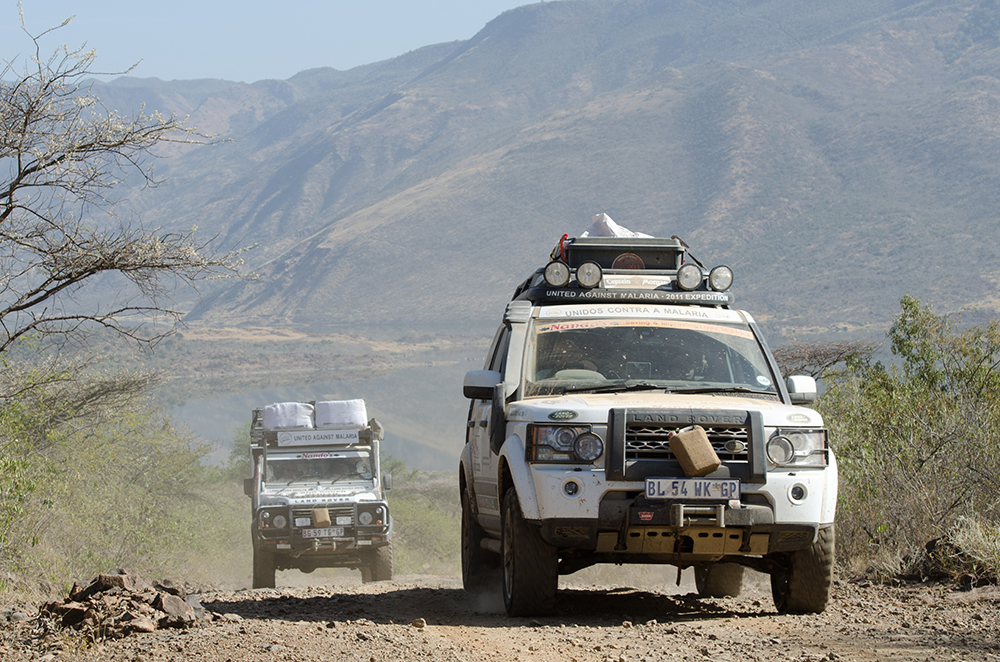 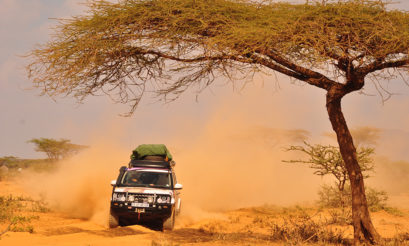 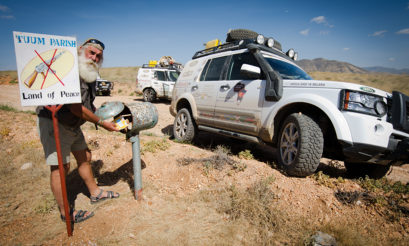 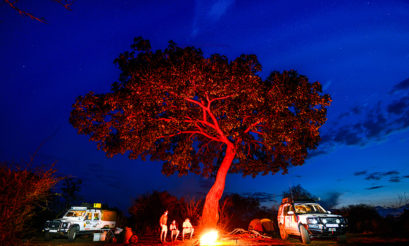 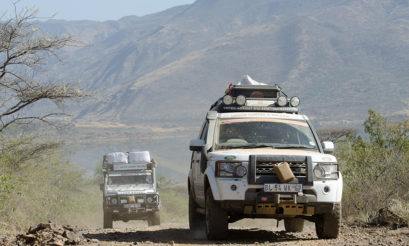 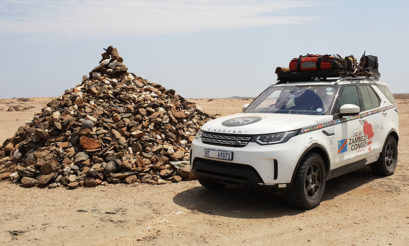 One of the many aspects of expedition life that we seldom write about is when, at the end of a long journey and after some of the team have flown out to attend to family and business commitments, a couple of die-hards remain and volunteer to bring the vehicles and all the kit back home.

There have been some wonderful homeward-bound journeys and they always have a different vibe. The urgency has gone and the big push is over. However exhausted, there’s that great ‘Mission Accomplished‘ upbeat feeling, knowing that through thick and thin you’ve reached your end point, everyone’s survived and the adrenalin has drained from your body. The Landies are still going strong (despite a few dents), the tough Cooper tyres have got plenty of tread remaining, there’s leftover food in the grub-box and the old, battered Engel fridge still works like a charm. The dented enamel mugs and pots, soot- blackened camp kettle, Zulu meat-trays, tents, sand-encrusted canvas bedrolls and dirty clobber (some so smelly they could probably fly home on their own) all need to be brought back to expedition HQ in South Africa.

One memorable return journey after following in the footsteps of the Royal Geographic explorer Joseph Thomson (the first European to cross Masaailand and confirm the existence of the snow-capped peaks of Mts Kenya and Kilimanjaro astride the Equator) involved the late, legendary elephant conservationist Digs Pascoe, well-known for his raconteur abilities, wit and rakish charm.

Brad Hansen, Bruce Leslie and I opted to drive home and Brad, being an expert safari guide – not to mention possessing an enormous streak of naughtiness – suggested we visit off-the-beaten-track wildlife areas in Tanzania, Zambia and Zimbabwe. But we felt we’d enjoy a bit of additional humour around the campfire at night, so one phone call to Digs in Zululand and he was on the next flight to Tanzania, arriving just as the clouds parted and Mt Kilimanjaro revealed her glory. Digs packed light: a bedroll, two changes of clothing and a couple of tins of sardines. He told his wife he’d be away for about 10 days. 38 days later, she was frantically leaving phone messages, trying to find out where he was!

It was a magnificent, meandering homeward-bound adventure, following whatever sandy tracks took our fancy, including a race-against-the-rains, bump-and-grind up a little-used track to reach the top of the Muchinga Escarpment before the giant thunderclouds amassing overhead deluged the Luangwa Valley, and some of the best wildlife experiences of our lives. Digs was in his element – he was a true son of Africa and happiest when alone in the bush. One day on the lower Zambezi he went missing; we eventually found him quite relaxed, sitting under a giant sausage tree making ‘elephant rumbling’ noises, encircled by a herd of elephants. That night around the campfire, he reverently placed a ball of dry elephant dung to smoulder on the coals. ‘It’s for the spirits of these great creatures,’ he explained.

But some return journeys are a mad dash. I remember after the All Afrika expedition to explore the last few remaining countries on the continent – Niger, Chad, Equatorial Guinea and then to Bangui in the Central African Republic – we ran out of time, leaving Ross, Big Deon Schürmann and journalist Patrick Cruywagen and all the kit squeezed into a Defender 130, with just 14 days to get back.

Our latest return journey was to bring the Discoverys home after their epic Zambezi-Congo east-to-west crossing of Africa from the mouth of the Zambezi River to the mouth of the mighty Congo River, which included a record-breaking 2 500Km of continuous 4×4 driving through the DRC.

Turning south down Angola’s Atlantic coastline and camping wild on deserted beaches, brought back memories of our Land Rover Outside Edge expedition 12 years ago, which tracked the outline of the African continent through 33 countries in a mammoth 449-day humanitarian-focussed journey.

Reaching Namibe, we loaded extra fuel and water and headed for the vast desert plains of Iona. Characterized by shifting dunes and rocky cliffs, Iona is also known as the Kaokoveld Desert, one the oldest in the world. Its annual average rainfall is just 30mm and temperatures were soaring above 40°C; in parts, the only signs of life were the bizarre thousand-year-old welwitschia plants that thrive in this barren and hostile terrain. We loved the wild camping and following remote tracks across the deep sand and razor-sharp shale outcrops, and the sheer isolation of it all – the night skies alive with stars undiluted by manmade light.

The route took longer than anticipated. Concerned about fuel, we drove as if in an economy rally, twisting through rocky mountain passes and grinding in low-ratio across hundreds of boulder-strewn river gulleys. Emptying the last 20 litre jerry can of fuel into the tank, we just made it to the Kunene River border with Namibia, and with only a couple of litres of drinking water remaining. Keeping the return adventure alive, we zigzagged across Namibia and then took a less travelled route across Botswana’s vast Kalahari, arriving to a great welcome home gathering at Land Rover’s Experience Centre in Johannesburg.

So many young people often ask how they could begin a life of adventure travel on this wonderful continent. With absolute respect, I often say, ‘Just turn the key – Mama Africa will do the rest.’ 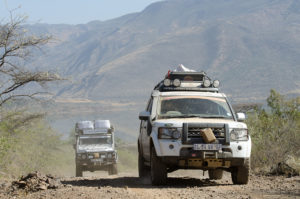 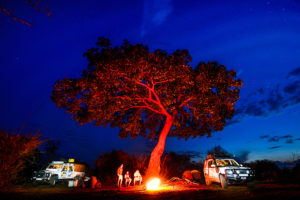 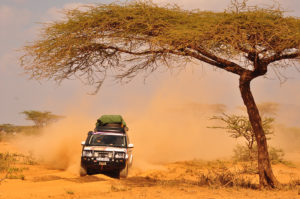 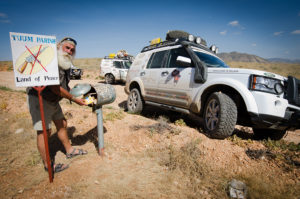