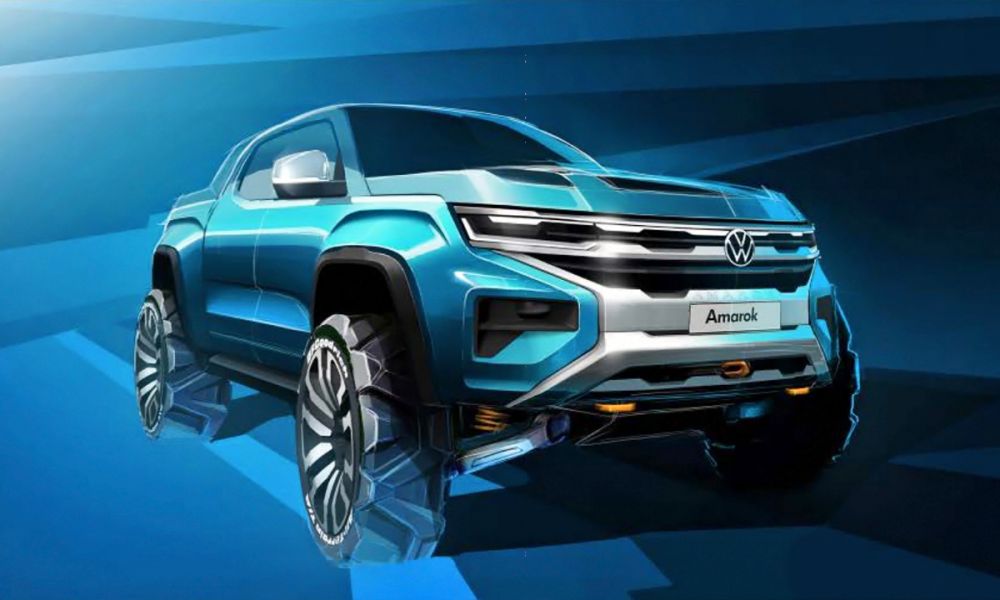 Volkswagen has finally revealed the first teaser of the all-new Amarok.

As you might know by now, Ford and Volkswagen will be teaming up to build their next-generation bakkies and from this image, it’s quite clear that they’ll look nothing alike.

This image was unveiled at VW’s annual media conference.

The bakkie in the image is too extreme to put into production, but hopefully, most of the aggressive design cues will find their way onto the new bakkie.

Other than this one image, there’s nothing else to report.

As we get closer to the debut of both the Volkswagen and Ford, we hope to receive more information on what will likely be the most-anticipated unveiling of 2021.