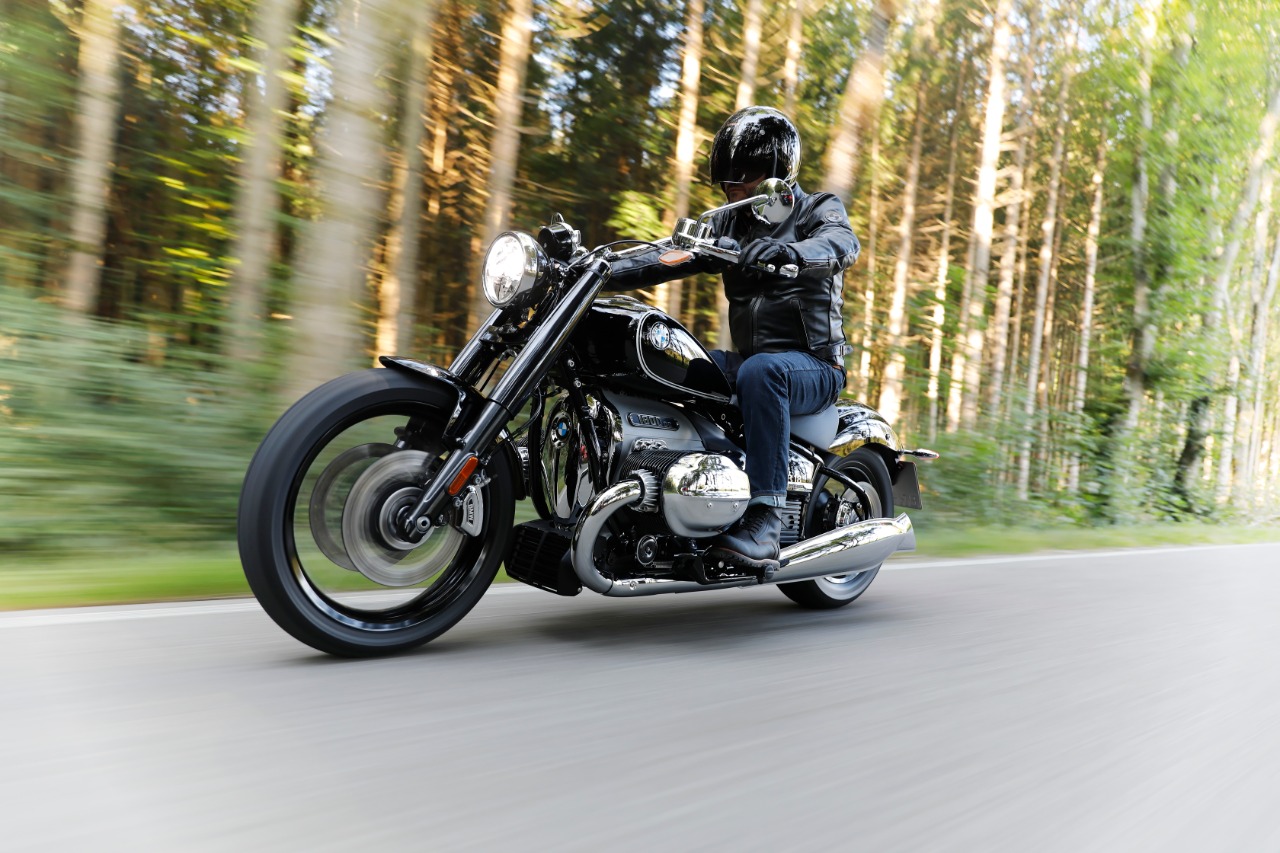 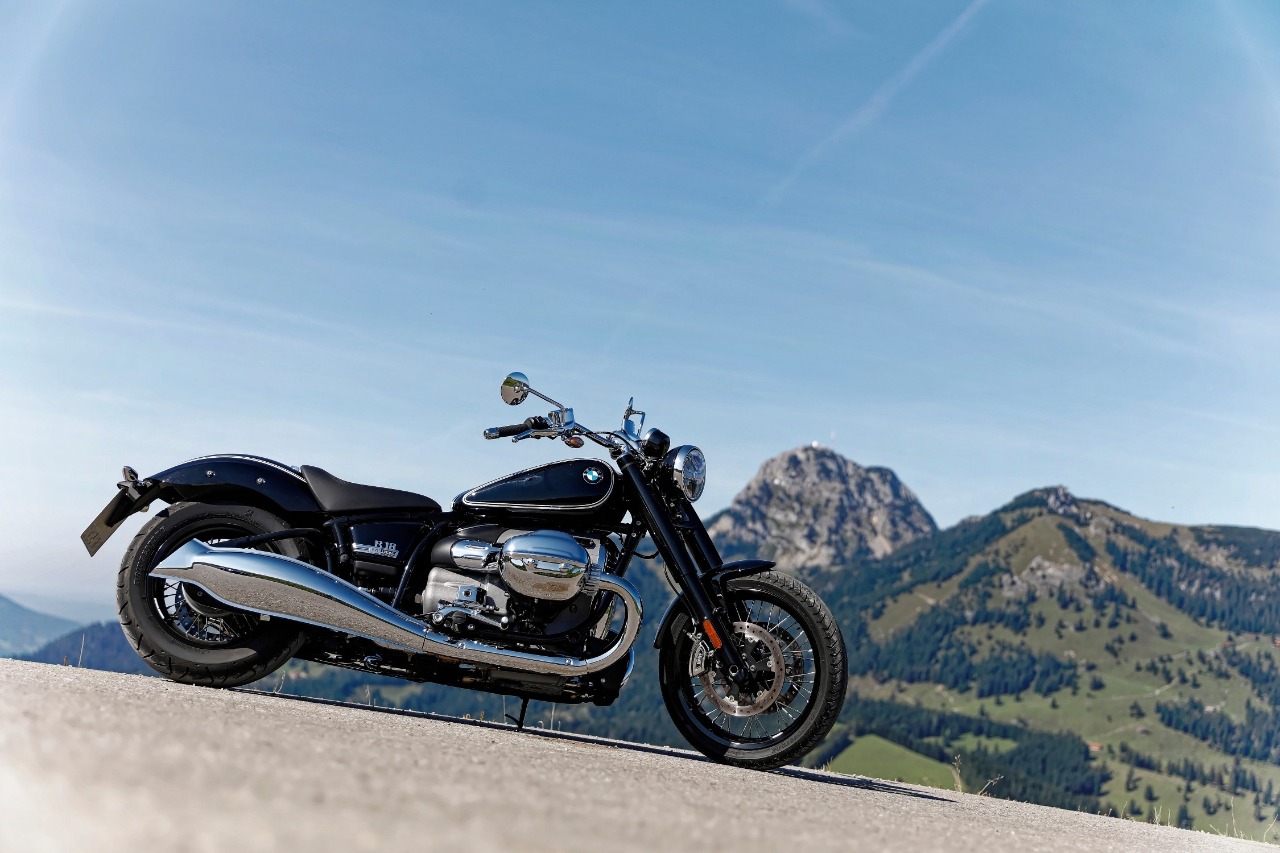 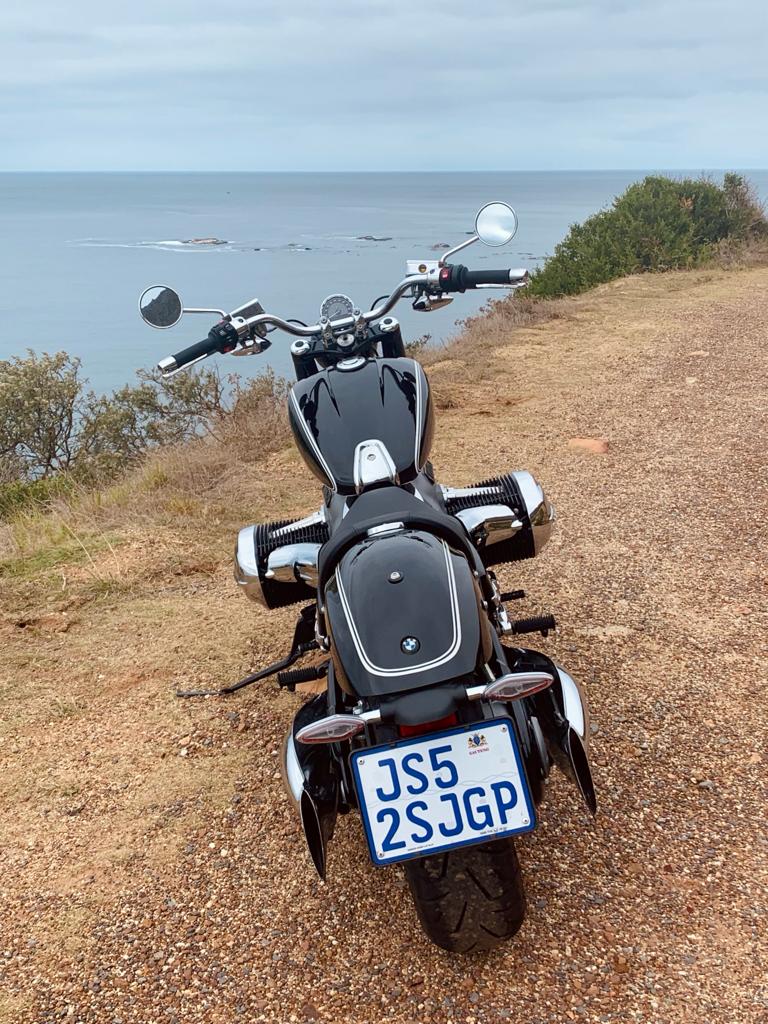 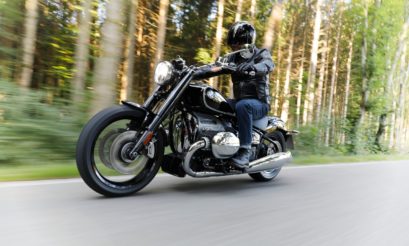 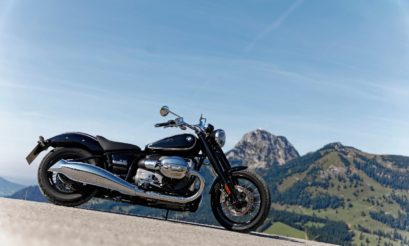 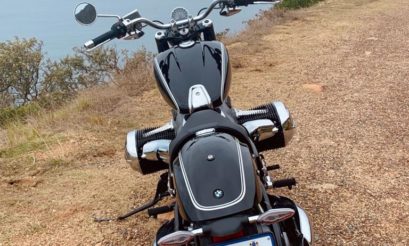 At first sight, I didn’t know what to do with the R18. It was like winning a blind date with a boxer called Brunhilde who moonlighted as a sax player in Cabaret. So I took it whale hunting.

Too long in the tail, I couldn’t hit the narrow arcs; the coastal road between Cape Town and Llundudno wasn’t the usual blur, more a sedate cruise with time to scan the sea for the misty breath of Moby. No sign of him. After the tight curves of Chapman’s Peak and along the lesser tangled coastal road between Cape Point and Simon’s Town, I eventually spotted a pulsating ocean shadow. Dolphins! I stopped to send up the drone and film them from above.

Passersby, for once, weren’t interested in what I was filming, they were captivated by the machine, one grizzled man recounting tales of café racing – shades of R69, now longer, lower, sexier. He quaked at the thought of 1800cc – the most powerful BMW boxer engine ever. Indeed, leave the twisties behind, and as the black ribbon unravels it all starts making sense. You ache for a screen, somewhere to shelter from the wind. So you stretch over the bow, lean into the blast, and when you reach the ton you shudder because there’s so much more to give. Another twist of the wrist and it’s like you’ve struck it with a harpoon. You are tethered to a goddamned leviathan, and you’re wondering how much rope you’ve got left.

I needed a drink after that. To Franschhoek I sped where prohibition prevailed, but it was the famous pass I really had my eye on, the ultimate proving ground for man and machine – and baboons. I nearly connected with one as it sped across the tar on the third bend. I don’t know who was more shocked, him or me. That babby had seen all manner of bikes carving up his mountain – if he could talk, he’d be the most seasoned MotoGP commentator alive. But this? This bike resembled the old classics he’d seen puttering up the hill. Surely they couldn’t harness this much speed? He barked at me, the bike barked back, and I shot around the bend narrowly missing the gravel berm.

There are a few long, sedate curves on that pass that are sublime no matter the speed. I took them at a fair lick, mesmerised by those enormous pots on either side gliding left to right like a metronome – Beethoven’s Ninth might have been the tune – or was it Rammstein’s Ghost in the Machine? Then a scrape of a foot peg woke me from my reverie. I eased back a bit, more of a Moonlight Sonata, and kept to that pace over the top, down and back up again, this heavy metal revival, now light as a breeze.

I realised then that I was enjoying this date; that I’d like to continue the relationship, take it further, move faster. But I had one condition: that we use a screen.

At face value there’s not much that’s ‘technical’ about the R18, and that’s what makes it so appealing. It’s a purist’s bike – a monster of an engine in a classic cruiser frame – the bare essence. There is, however, a fair deal of modern tech hidden under that classic skin: Automatic Stability Control, cornering ABS and cruise control. At 345kg, a reverse assist gear is handy -it really saves face when parked on a slope. It also has three riding modes: Rain, Roll and Rock – leaving it in Rock appears to be the only way to roll, unless it’s belting down with rain.

The most powerful BMW boxer engine yet 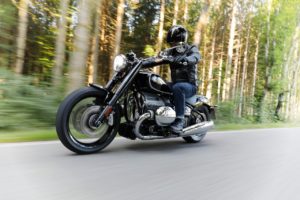 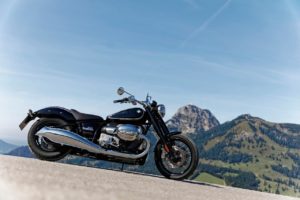 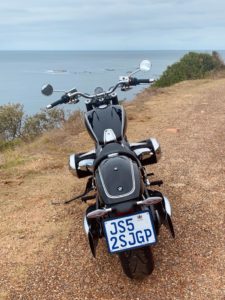