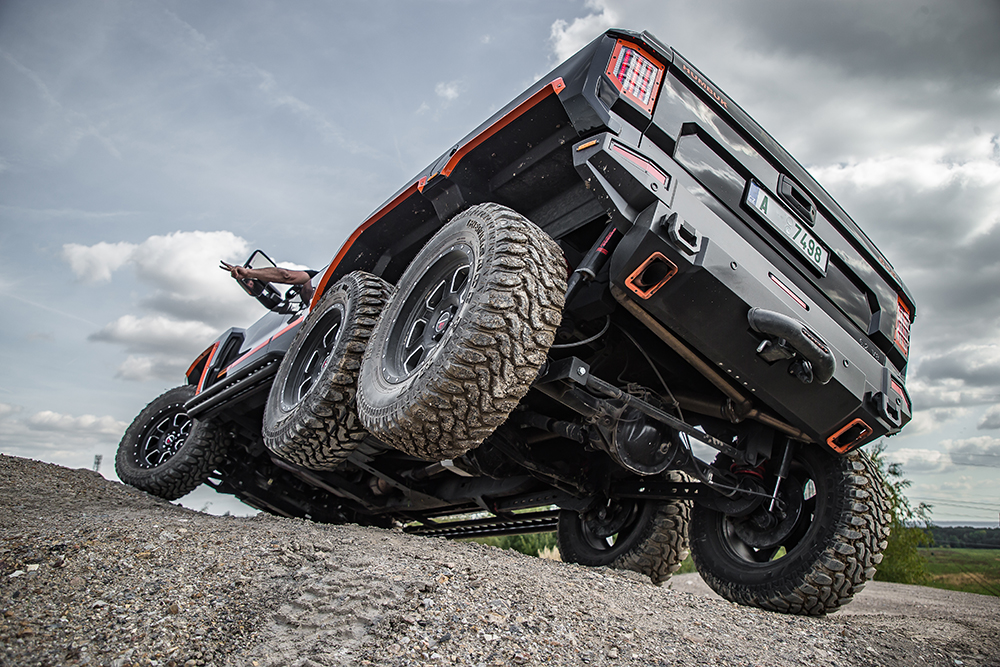 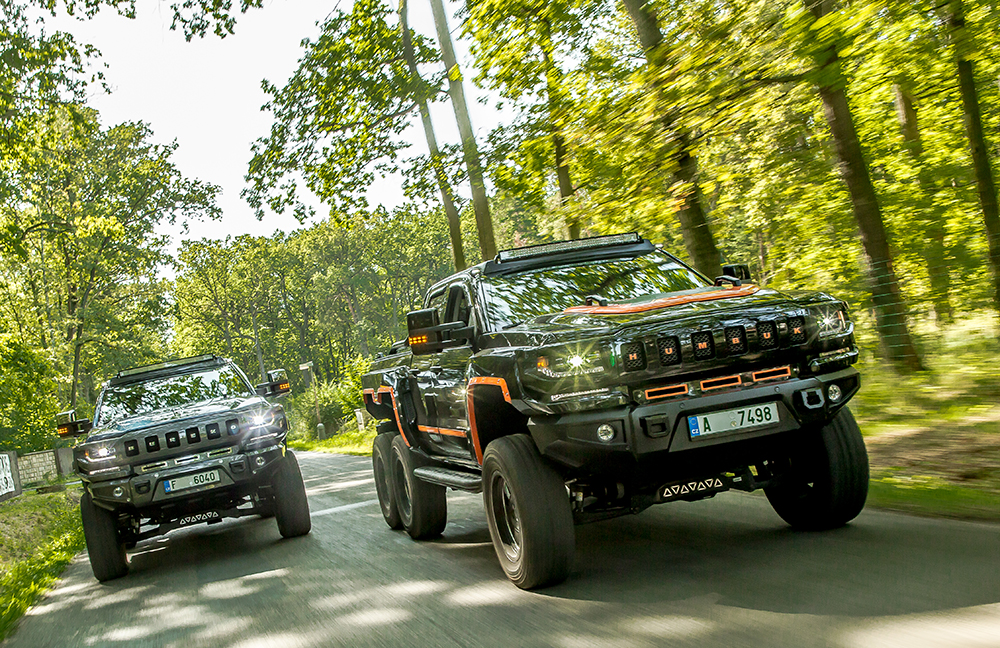 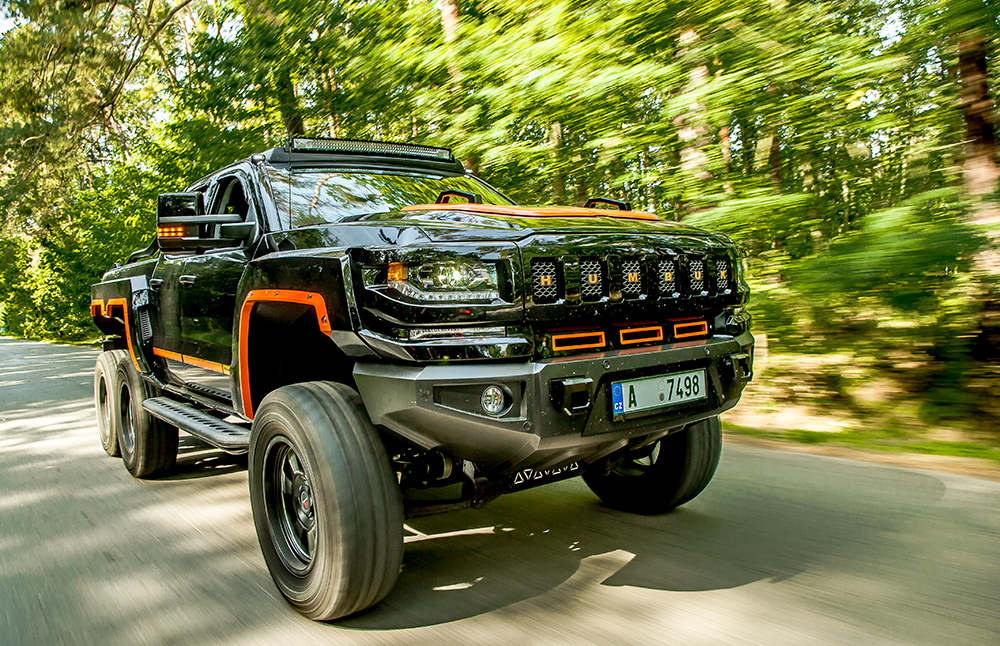 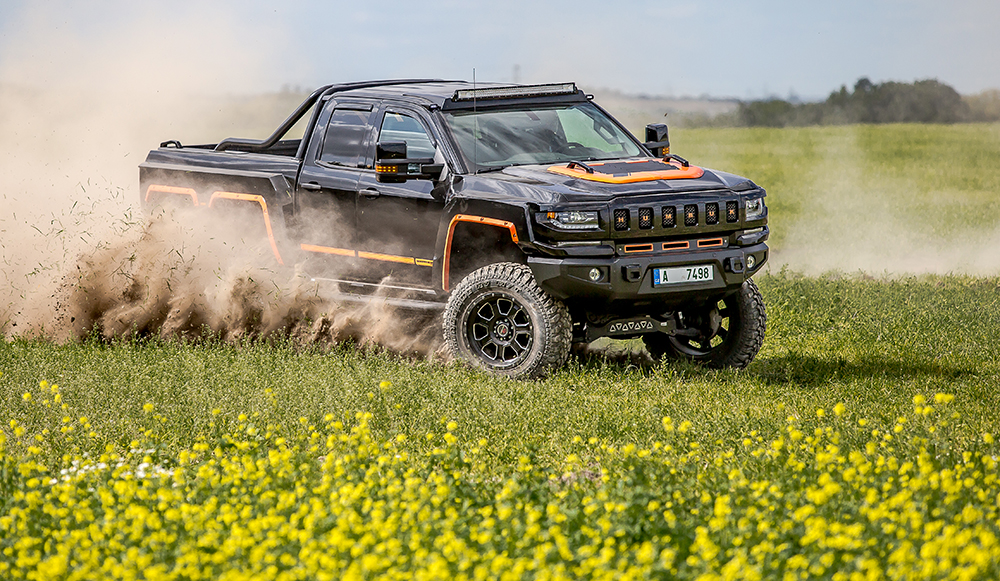 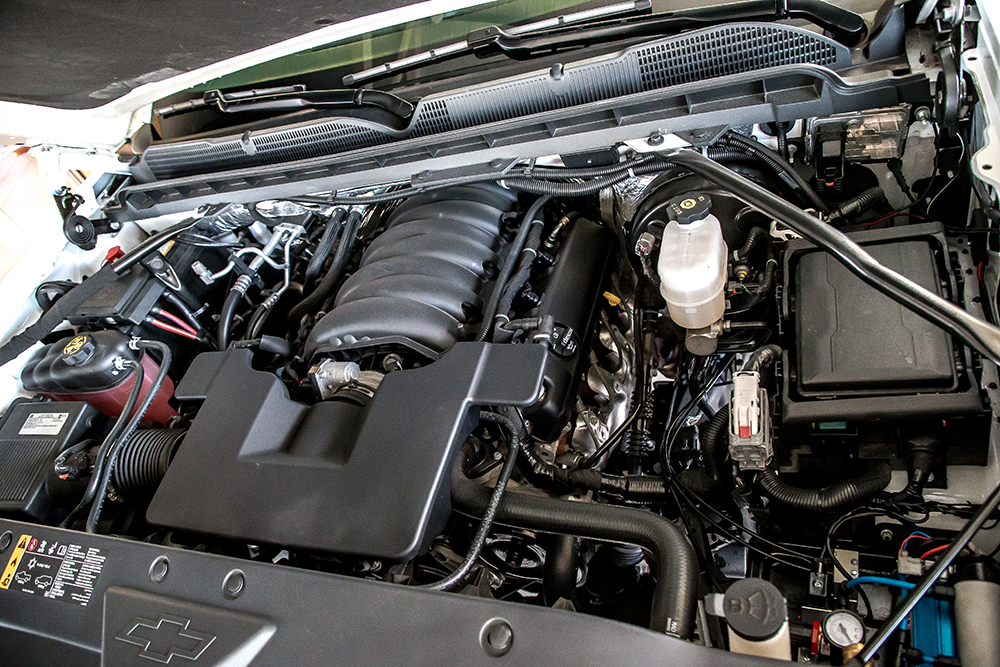 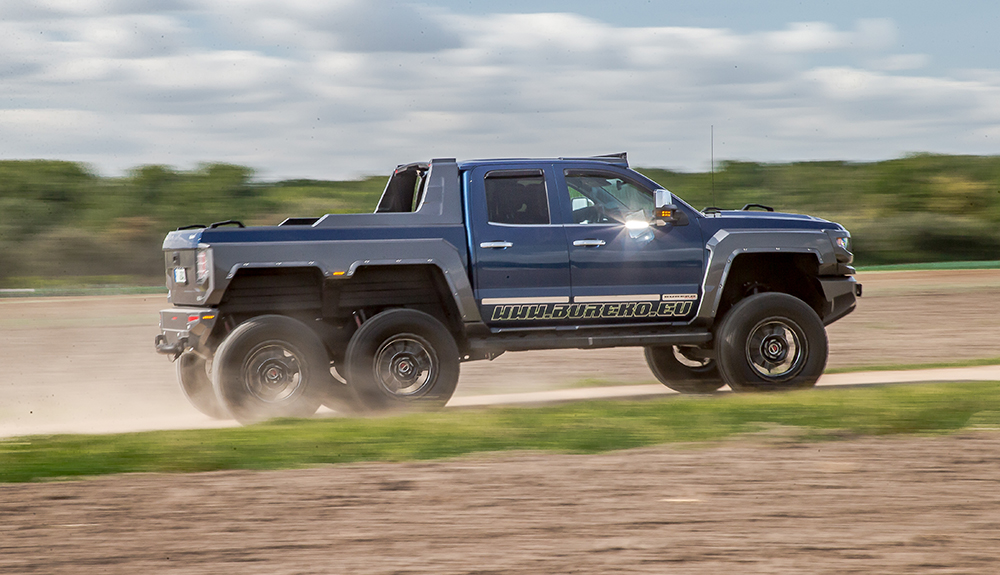 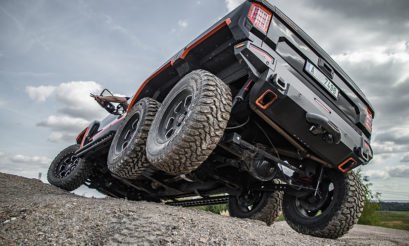 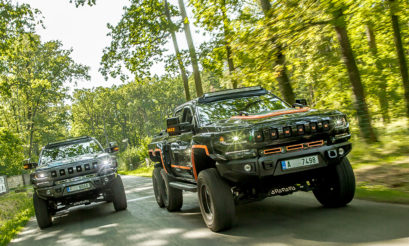 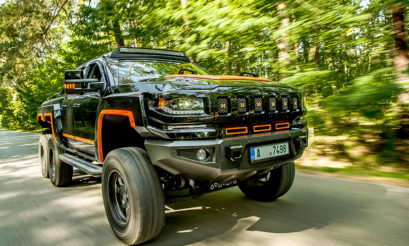 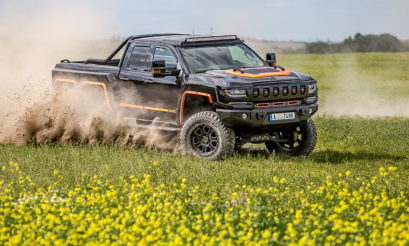 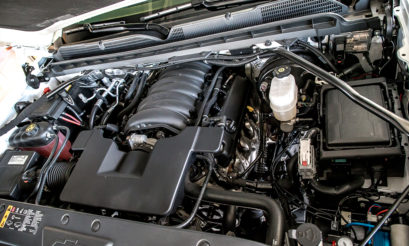 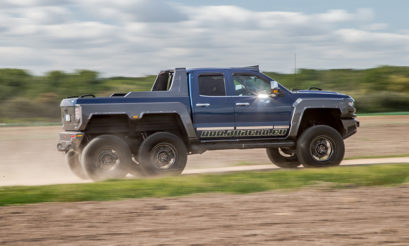 As the vehicle of choice for those with larger than life personalities and bank accounts Hummer had an unparalleled reputation.

Since its demise nearly ten years ago no other manufacturer has stepped up to fill the large void it left. But the legend still lives and for the last few years František Janeš has developed the over-sized, yet very off-road capable, ethos to create something rather special. Not just a stretched Jeep with an extra axle, his monstrous Bureko 6×6, built in the Czech Republic is literally the most ostentatious 4×4 you can hope to be seen in. But as Robb Pritchard found out, it’s actually also a seriously capable off-roader.

We visited František a few years ago where in his workshop near Ceske Budejovice, about 100 km south of Prague, his initial realisation of Hummer’s never produced HX1 concept was developed into the earlier Land Rover Discovery based version. That was a stunning build, but for the new model literally everything was taken to the next level. Land Rovers long forgotten, the donor vehicle this time is an already mighty Chevrolet Silverado, although there isn’t much apart from the cab and interior left.

The cab shell and doors are recognisably a Silverado double cab, which is a little shorter than the crew cab as they want to be under 6 meters long, because you don’t want the Bureko to be too big! The massive front grill is all Bureko and is a clear improvement on the flat and rather uninspired ‘in your face’ style of the new Silverado, especially if you like Hummers. The boxy grill from the HX1 Concept has been retained and sits over a winch bumper style lower part which looks beefy but also provides excellent articulation angles for rough off-roading… which we’ll get to later. The acreage of bodywork is made from a combination of aluminium and carbon and so as huge as it is it has a curb weight of a surprisingly dainty 2,760 kg.

Underneath, the front part of the Chevrolet ladder chassis is retained but is cut off just behind cab where Bureko’s bespoke box section is used to mount the extra axle to. And that third axle is not just there for cosmetic reasons, it’s engageable to make this a fully 6×6 beast. The drive doesn’t simply go through the centre differential though. For road driving, which obviously a truck like this will spend most of its life doing, it’s the central axles’ diff that does most of the work. The Chevrolet system engages 4×4 at the touch of a button, but 6×6 is activated by locking a transfer case mounted to the front of the central axle. A short prop from the top of this box is angled down at the rear differential so that there’s nothing to get fouled when the axes articulate.

All three diffs have mechanical self-locking Detroit lockers that clang together when the wheels begin to slip, and all can have ARBs installed if requested. It also uses Chevrolet’s drop box system so that there is a set of crawler gears as well.

The Silverado, although a big, solid looking truck, is intended for nothing more than only the lightest off-road use and so nothing in the suspension is fit for purpose in the Bureko. The twin wishbone A-frame independent front suspension in the front is basically the same geometry but is a bespoke design with much bigger components that provide much more tensile strength, as well as more travel.

Although it’s a simpler system for the solid rear axles both the springs and shocks needed to be designed especially for this truck. A local company took on the development and came up with system that allows the central axle to articulate without coming onto contact with the propshaft of the rear one. A useful 40 cm of articulation and flex is provided by four 60 long drop arms.

Martin Mikukencak is the proud owner of the black example, with bright orange strips highlighting the angles in case it wasn’t obvious enough to see in your mirrors. Owner of the popular Hummer Centre outside of Prague what he doesn’t know about bashing huge and heavy 4x4s around tough off-road courses isn’t worth knowing. With so much rubber on the ground from the six 37′ tyres, a serious suspension set up, three difflocks and three driving axles František assures me that it will go almost anywhere off-road. And it’s the Hummer Centre that we’ve come to play, I mean test, these extreme machines, to see if he’s right.

Martin only bought his treasured beast a week before and so the photoshoot was the first opportunity he’d had to try it out properly… and it seemed he knew more about it’s capabilities than the rest of us, including František. Teetering over the edge of a high bank on two wheels, the other four hanging in the air I cried out a warning while a little pale faced, František muttered, “It’s his car…” But Martin, confidently waving his arm out of the window, knew exactly where the tip point was and with a little hiss from the air lockers, even with ‘just’ the base 420 bhp, simply crawled out of the predicament without an issue. With many years of seeing some of the world’s most insane off-roaders in action, even I was impressed. František was proved right!

But even on-road it a special vehicle. It’s so outrageously big and commands such a road presence that simply being behind the wheel of it seems to grant immunity from the road rules that normal people in normal cars are subjected to. Infinitely more visually eye-catching that something like a Lamborghini or a Ferrari you’d be hard pressed to find another vehicle so visually awe-inspiring. The only problem František has with it is with people veering across the motorway as they try to take a photo.

Under the hood, if you have a pair of step ladders handy to be able to see it, the GMC 6.2 OVH V8 has a sophisticated Dynamic Fuel Management system that controls what cylinders need to fire therefore saving approximately 1 mpg, which for the type of people who will buy a Bureko is of course totally meaningless. It is a very well put together engine though, and the 420 bhp and 624 Nm or torque it puts out, even in a 3500 kg truck, moves it pretty well. And it sounds incredible. Through the short custom exhaust the loud growl is more that of an American Muscle car than a Hummer. But this is just the ‘stock block’ direct from the Chevrolet high-production vehicle fleet. Thanks to Bureko’s partnership with AMB Technology in Germany there are several power upgrades available, that can get a maximum of a feisty 700 bhp out of the 6.2 motor. But even those numbers pale into insignificance with the incredible 1200 bhp it’s possible to get out of the bigger 6.8 liter engine.

But then you’d need to start looking at a reinforced gearbox, transfer cases and differentials and a long list of high performance internals… and the cost goes up accordingly.

The brakes on a Silverado are necessarily pretty beefy but František, rightly, assumed that owners of his creations would often be driving them in a pretty ‘spirited’ way and so commissioned much bigger callipers with 8 pots. With so much wide rubber on the road, and Chevy’s ABS system, it stops pretty well.

The interior is also recognisably Silverado, but perfectly functional and offering sufficient amounts of comfort it didn’t need much fettling with. A few extra buttons for the strip of LED lights on the roof, adjustable rear tow hook and for the compressor in the rear diff are the only changes. And the Bureko logo embossed on the steering wheel, of course.

František plans on making a limited run of just twenty of these gorgeous behemoths, so it’s going to be far more exclusive than only the most expensive supercars. The 12th one is currently being put together and the first eight have already been sold, so this is not just a tentative foray into seeing who might be crazy enough to be interested, it’s already a very successful business.

And the stance of a standard Bureko just isn’t enough for you? The white one parked in the showroom has some nice burnished gold detailing, catching the evening light. At an extra cost of a cool 90,000 euros it was done for a Qatari client.

Not many of us will ever get the chance to be behind the wheel of one of these behemoths but if you are ever lucky enough to see one, now you know that it keeps the Hummer spirit alive. And very well. 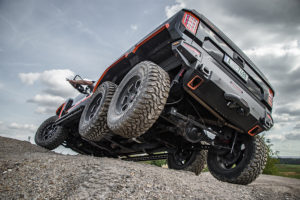 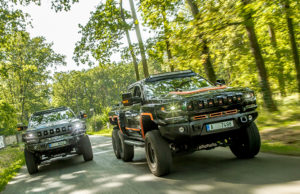 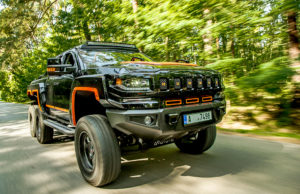 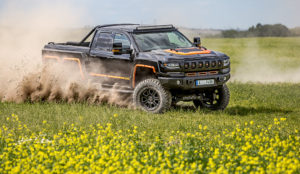 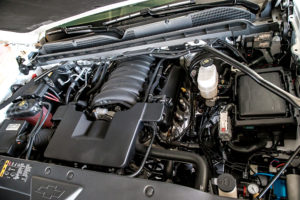 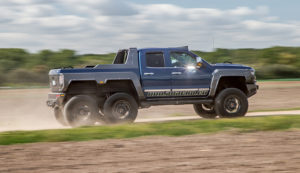