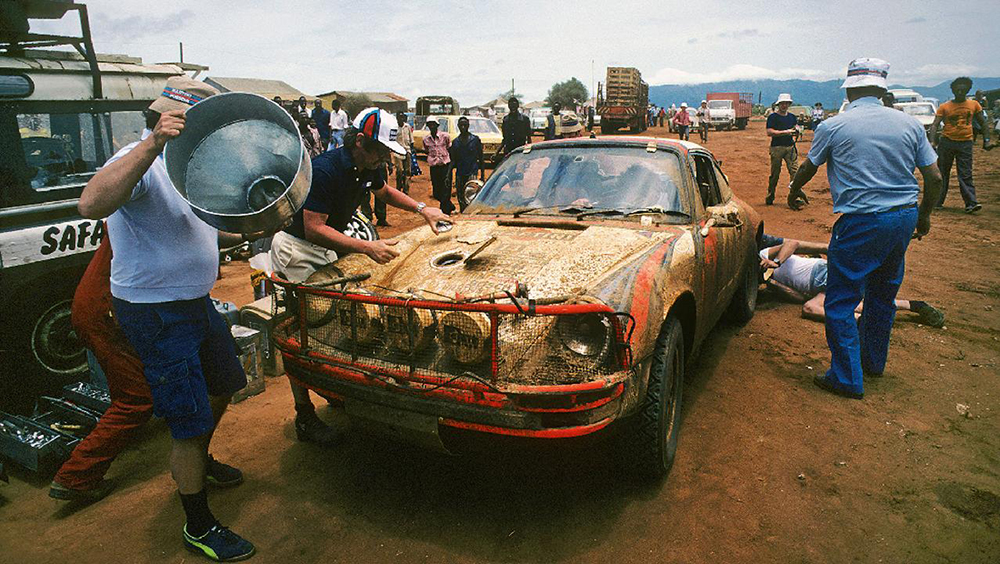 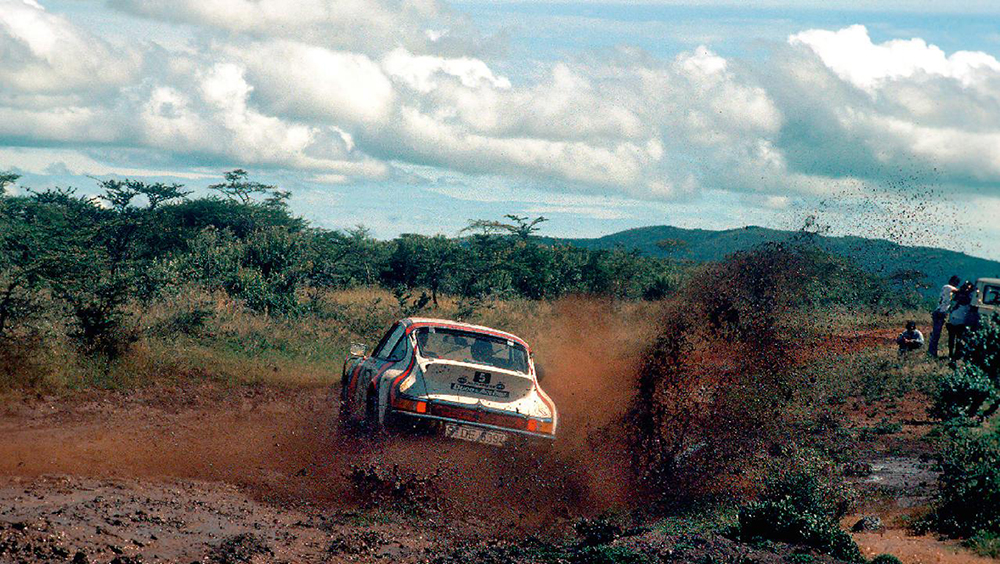 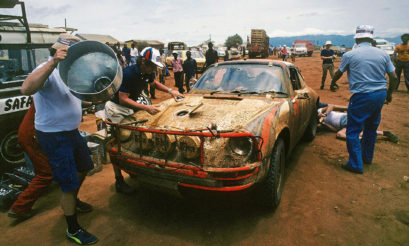 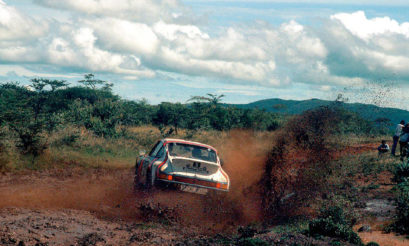 In the past, we’ve looked at various production models, but this time we’ll hone in on one specific racing car. Not because of its success back then, but the trend it recently started.

Mention the words “Porsche” and “off-road” in a sentence and most people will likely think of either the Macan or the Cayenne.

The latter saved Porsche from the brink of insolvency, while the former solidified its current standing as one of the most profitable manufacturers in the automotive segment. For many years the Cayenne was Porsche’s most profitable car, only recently handing over that title to the new 911.

Porsche was very quick to jump on the SUV bandwagon. And even though those first Cayenne models were ugly as sin, there was absolutely nothing wrong with the way they performed both on and off the tarmac.

These days the first-generation Cayenne is widely regarded as one of the most over-engineered cars to ever exist. Back in 2002, it featured an air suspension, selectable driving modes and a transfer case with low range. Couple all of that with a turbocharged V8 that developed 330kW and 620Nm of torque and you had a winning recipe.

Many people were surprised by Porsche’s amazing first attempt at building an off-roader, but they should not have been. A mere 24 years before, Porsche competed in the infamous East African Safari Rally. And it was leading said race before the rear suspension suffered damage mere hours before the end. Due to the damage, the 911 finished second. Porsche was proud enough to fly it straight from Kenya to the Porsche Museum in Stuttgart. It’s still there today, proudly wearing the many modifications it needed to complete what was said to be the toughest off-road race of all.

These modifications included upgraded suspension, off-road rubber and some serious underbody protection. The rest was pretty much stock standard, which meant a silky smooth 3.0-litre flat-six petrol engine, mounted at the rear. No fancy all-wheel drive, just proper old-school weight over the rear wheels and praying that the front end would provide the necessary grip to keep it pointing in the right direction.

To keep on competing on the international rally stage, Porsche would eventually develop the four-wheel drive 959, but so few of those were produced that ownership was never really an option, except to an extremely fortunate minority. So, what’s a man to do when he really wants a Porsche rally car?

Well, that’s how this whole trend started. Porsche fanatics looked back at production history and quickly found the story of the 1978 911 Safari Car.

That same year, Porsche launched the 911 SC. It wasn’t meant to be a celebration model for the Safari Car, in fact, it stood for something else completely – Super Carrera.

It didn’t matter, really. What mattered most was that 911s from 1978 to 1989 were extremely affordable and easy to turn into 1978 East African Safari replicas. From that the term Safari Car was born. It’s currently one of the hottest motoring trends in the USA, so much so that the whole ‘80s 911 pricing has come full circle, back into the realm of the unattainable.

There are two ways to go about owning one. The cheap route and the massively expensive route. The latter path to ownership is currently dominated by Leh Keen, owner of The Keen Project. Keen’s sole focus is building Safari 911s, but with the same level of detail you’d expect to find on a Pagani Zonda. His average build takes more than a year and the multi-million sticker price reflects that.

The cheaper route is simply to buy a 911 and all the necessary ingredients and do it yourself. From what we can gauge from Instagram, this seems to be the most popular route. To some this is sacrilege, while others are salivating at the opportunity to have a go.

With no more than 130kW on tap, it doesn’t appear to be intimidating, yet you can coax it into a massive drift without trying too hard. Also, a 911 on dirt just looks right, doesn’t it?

It can’t just be us? 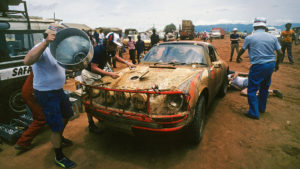 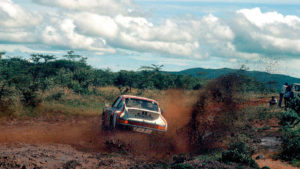