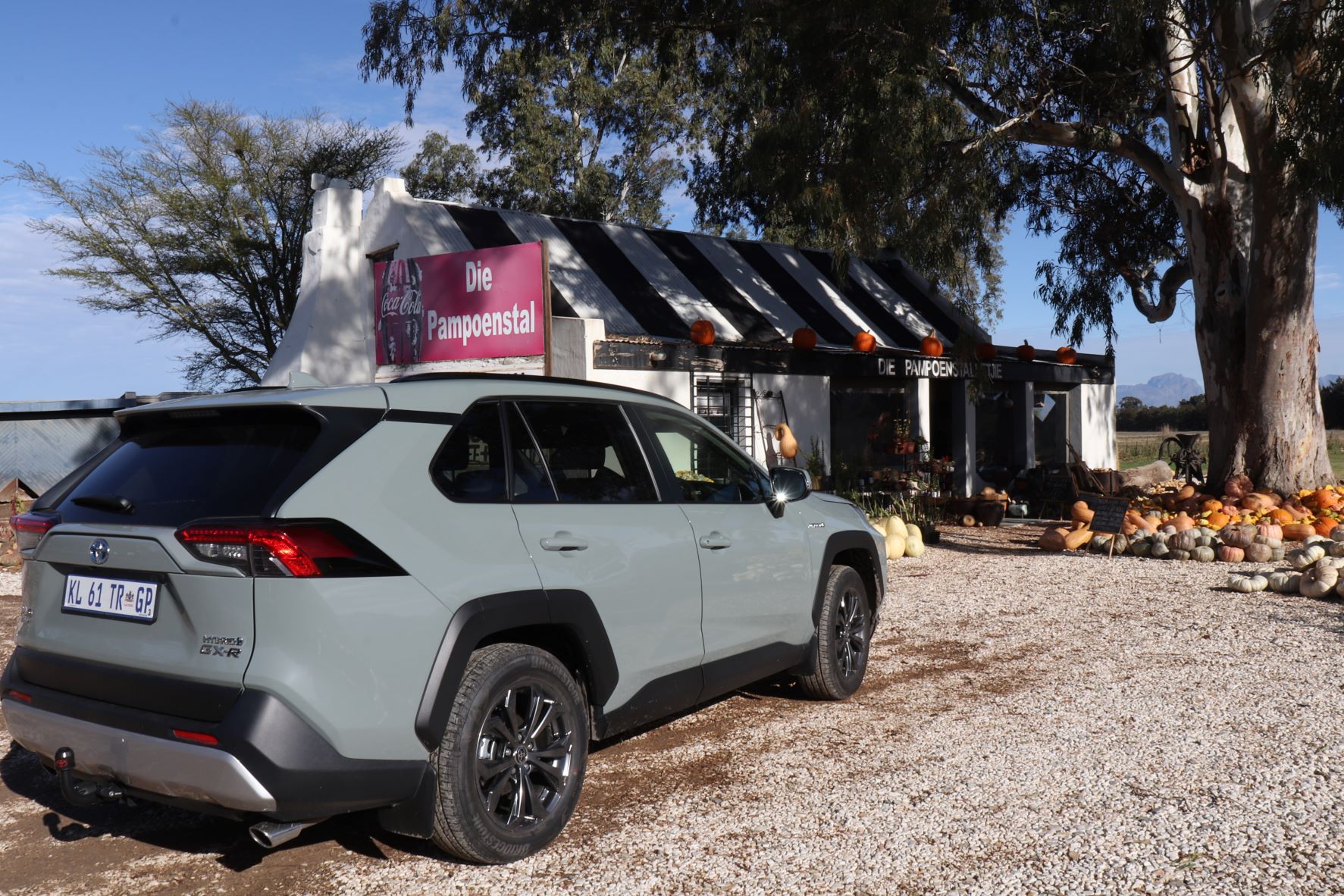 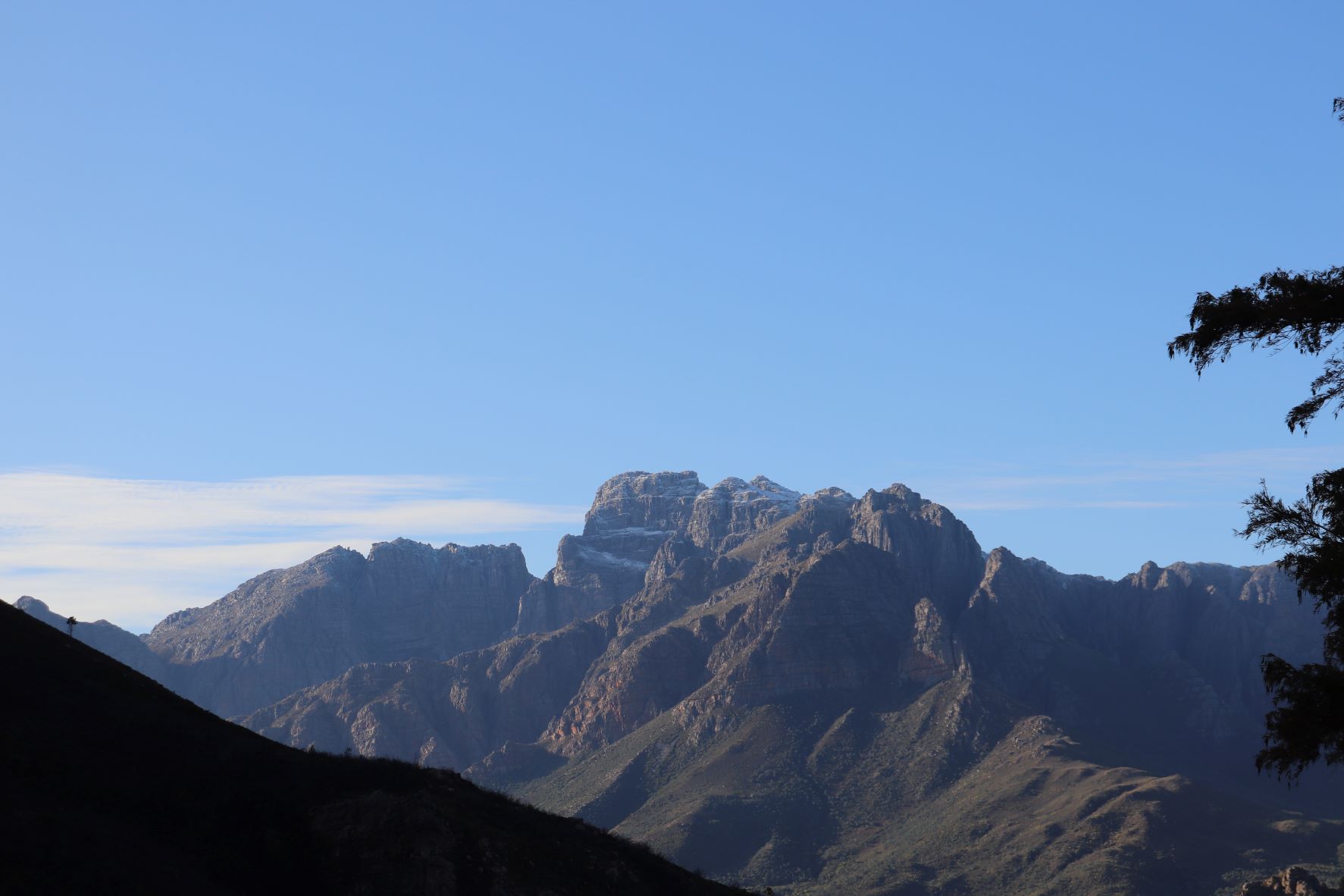 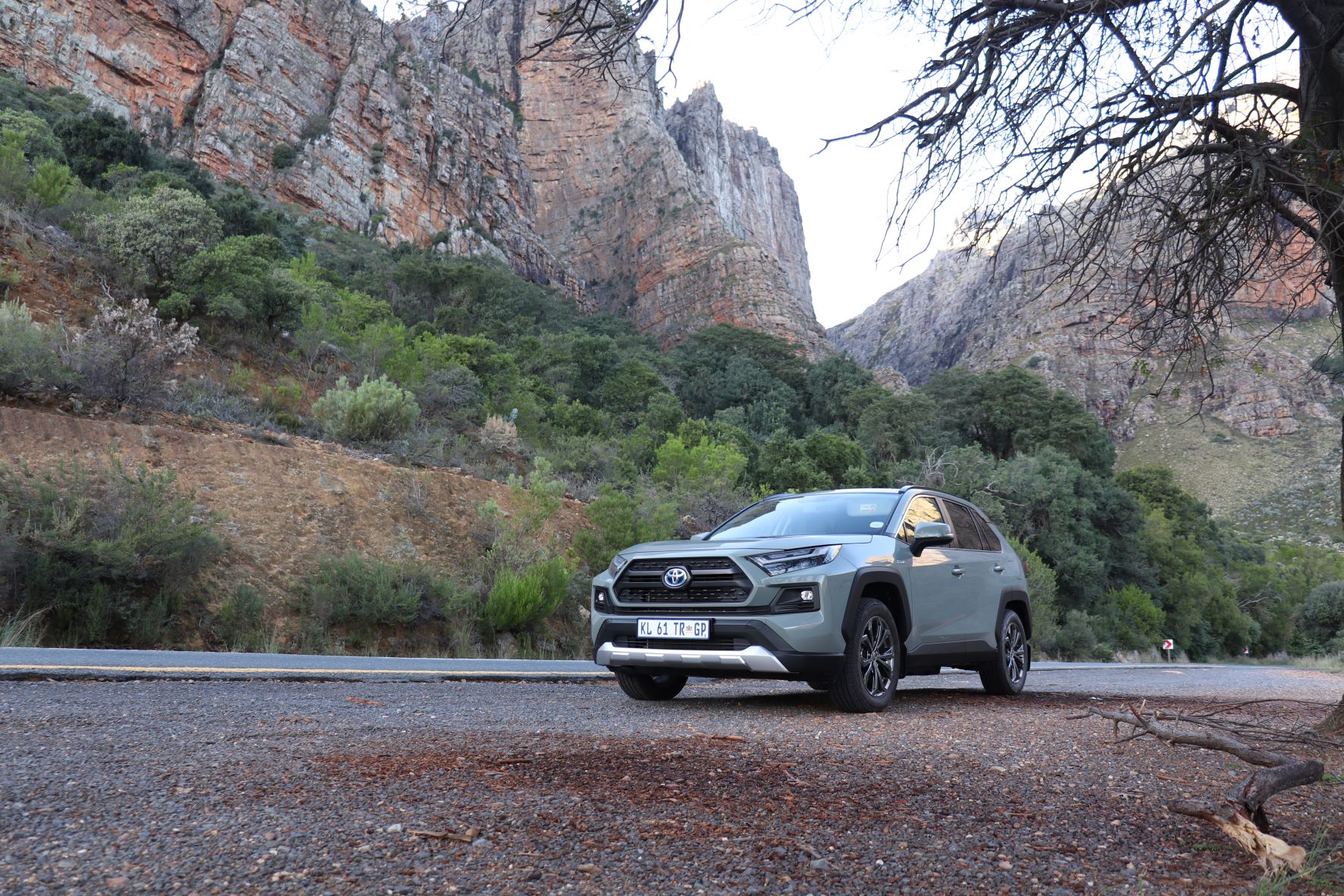 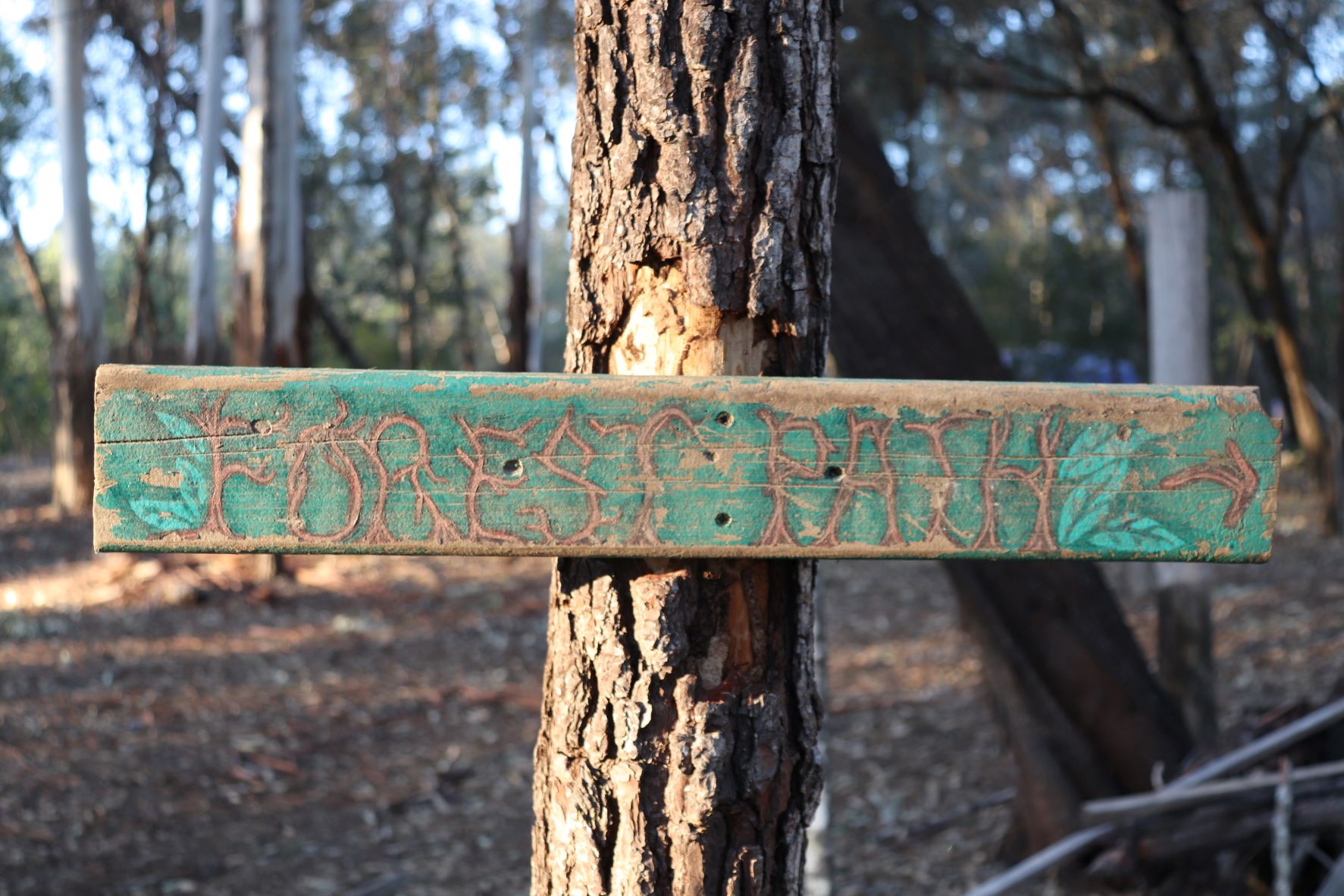 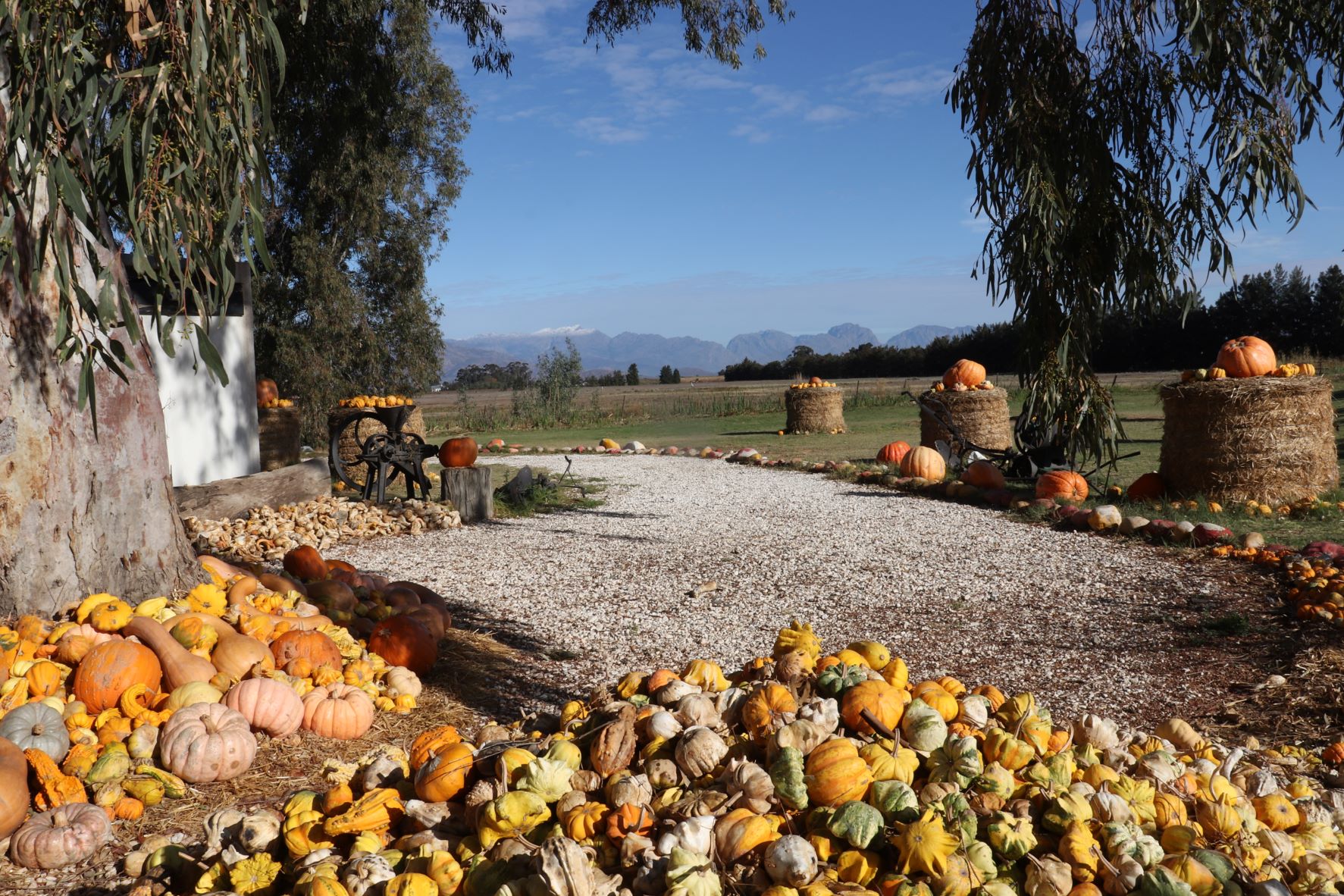 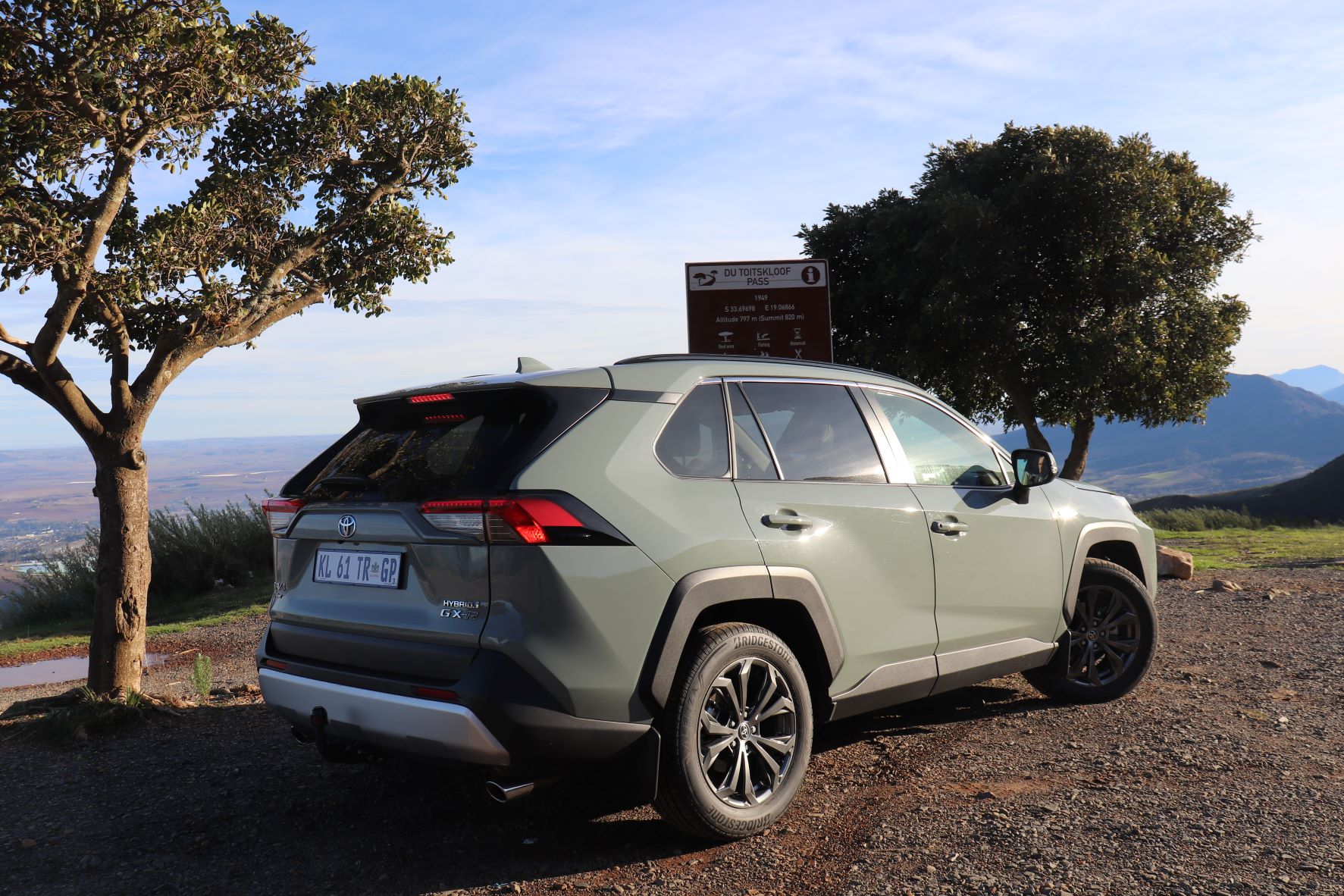 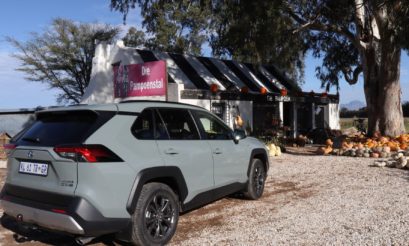 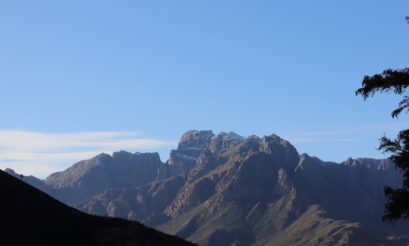 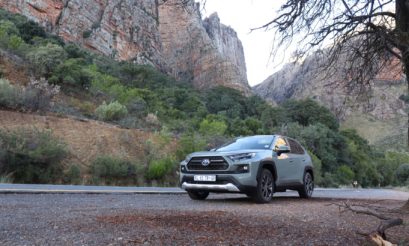 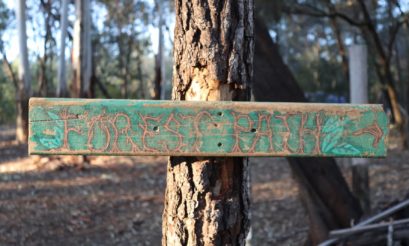 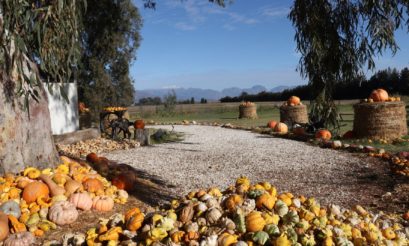 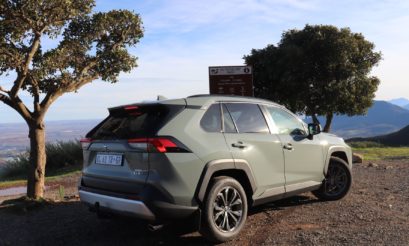 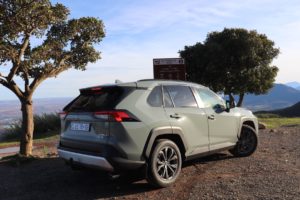 “Life is difficult”, as Scott Peck said in the first line of his book The Road Less Travelled, but when you get the opportunity to go on a road trip with a RAV 4 Hybrid, life certainly becomes so much simpler – and exciting. 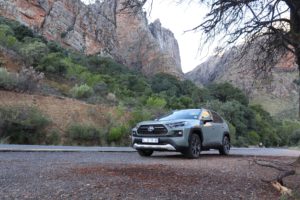 We set the tone immediately – opt out of the airless congested tunnel and instead head over Du Toit’s Kloof Pass, taking in the crisp early morning fynbos fragrance and the sting of a cold winter’s morning. Far off, there was a light dusting of snow on the Hollands. Slow was our credo and slow it started. Homebrewed coffee at the top, enjoying the magnificent views and the abundant birdcall. Next stop was Ou Meul outside Rawsonville for more sustenance, this time well-prepared Eggs Benedict and copious amounts of coffee.

Pay for the pumpkin pic 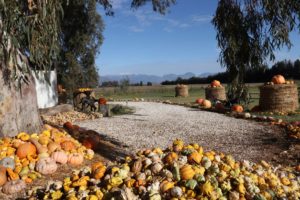 Fully charged (car and occupants both), next was a quick stop at the Pampoenstalletjie at the Vlakplaas turn-off on the R60 to Roberston.  The colour and shapes of the stacked pumpkins makes a nice backdrop for a photoshoot and obviously we weren’t the first to think so; for the privilege of taking photos, you get to make a contribution to the local primary school. Fair enough. 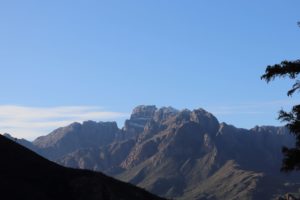 Suitably stocked, the freshly minted routing through Cogmanskloof was next. This recently completed road between Ashton and Montagu makes driving on this section of the R62 a way more pleasant experience.  The Cogmanskloof tunnel, also referred to as the window to the little Karoo, is where Montagu joins the famous R62. Sixteen metres long, five metres high, it was finished at the end of the 19th Century and was the place the English chose to build their fort to ward off the Boers.

Beyond Montagu and before Barrydale, the R62 is one of the best driving roads in the country, fast, empty, scenic. It’s a joy in anything. Just before Barrydale we headed through Tradouw Pass (a Khoi word for Women’s Path), that spectacular 16 kilometre drive through some of the most beautiful and rugged Cape Fold mountain scenery in the Langeberg.  It was originally built by Thomas Bain and was opened in 1873. A left turn after the pass leads down the R322, through the yellow canola, towards Heidelberg.  The only enjoyable part of the rest of the N2 journey to Sedgefield was the smooth, comfortable and effortless ride in the Hybrid RAV. It was a responsive companion and overtaking slower traffic was part of the fun – select Sport drive and steam past the trucks. Hugely enjoyable. 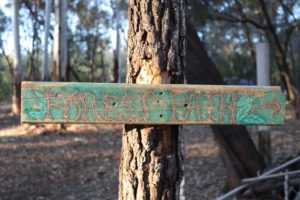 Our destination for the next two nights was Pachamama Forest Retreat, situated on the boundary of the Knysna forest, 800 metres from the Homtini River Valley and 32km from Knysna.  Pachamama is usually translated as Mother Earth and the collective that run it operate along sustainable principles. Permaculture and eco design methodologies are employed. Their projects include reforestation (they have already planted more than 3 000 trees in the past year and a half), awakening journeys, a volunteer programme and permaculture workshops. pachamama.co.za

Next week… Exploring the Garden Route.