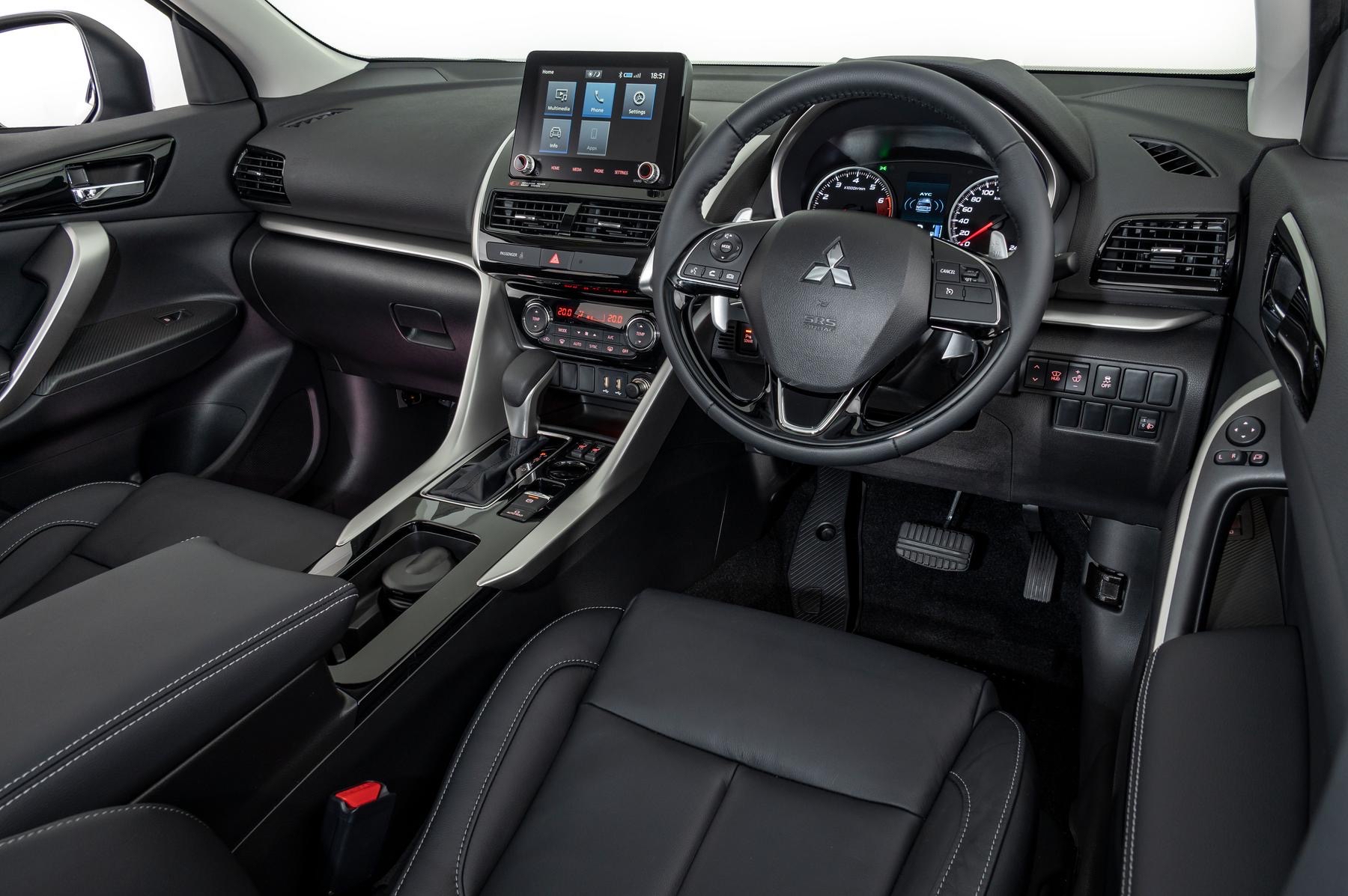 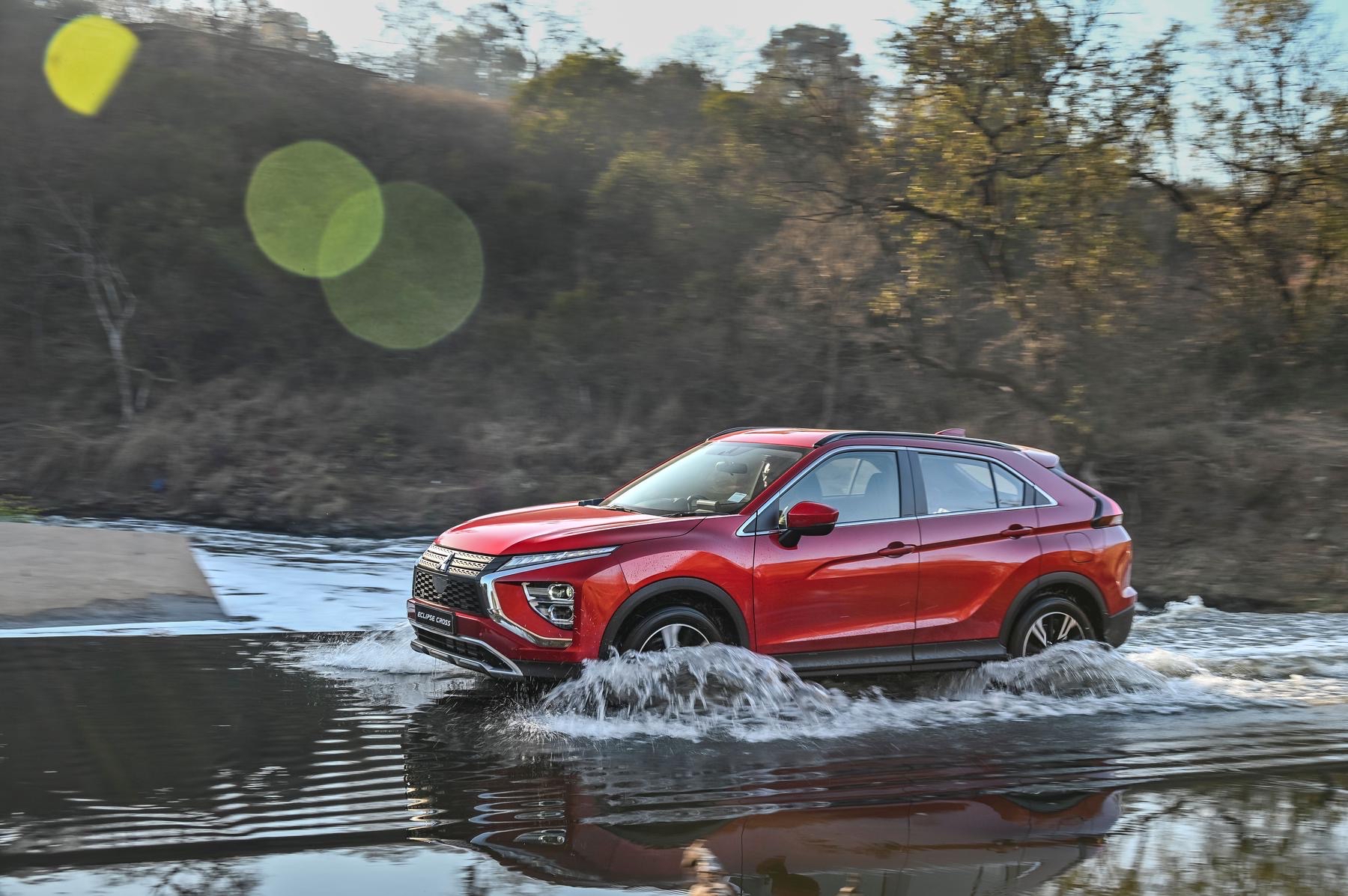 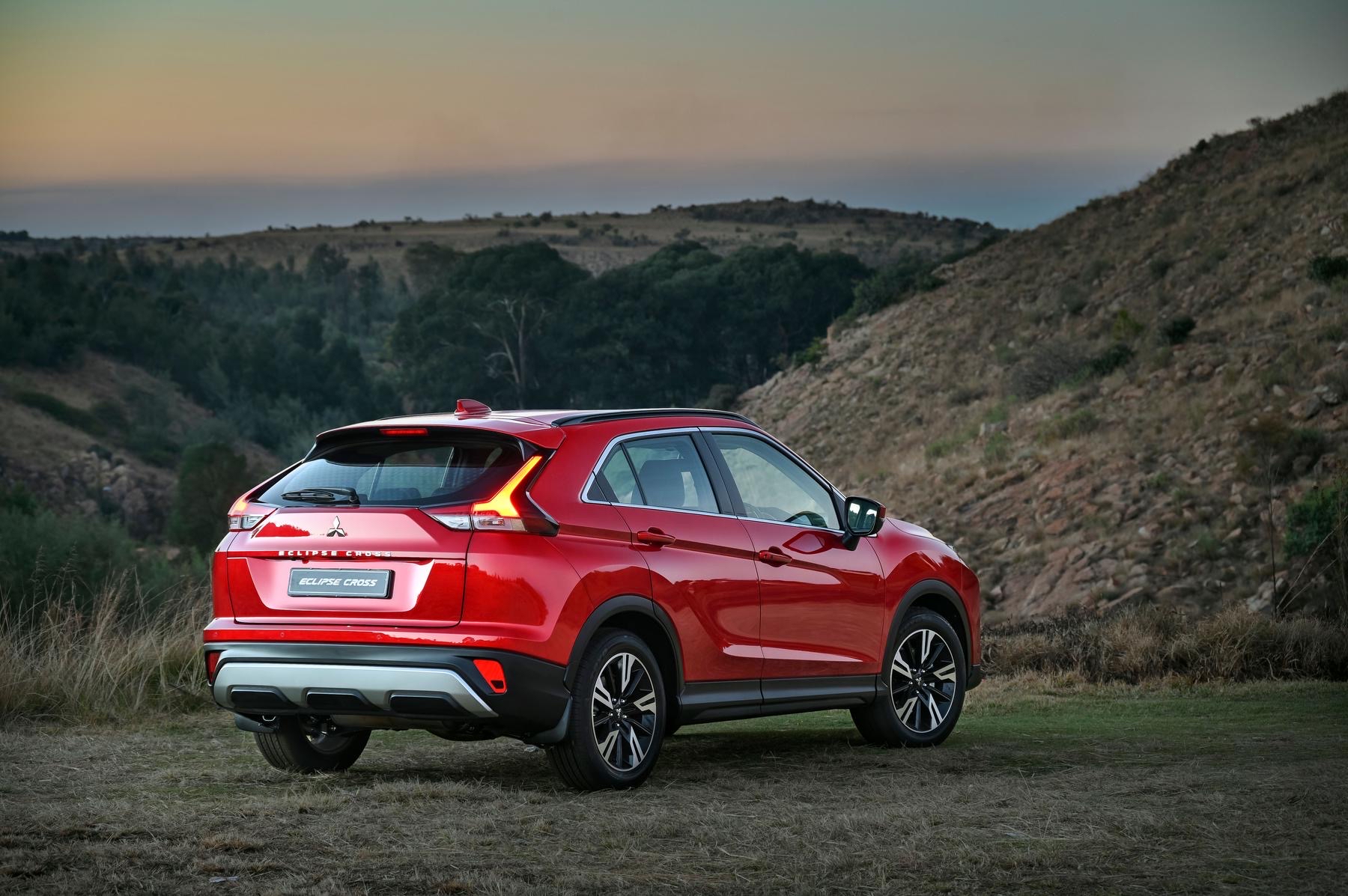 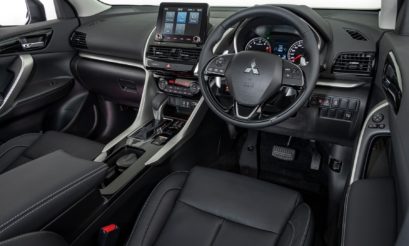 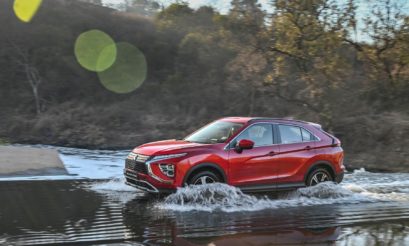 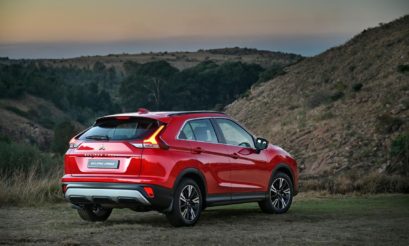 What am I looking at

Let’s rather agree on what you’re not looking at; another boring, modular crossover! Especially when the test unit arrived in this electric blue which added even more fizz to its many sharp angles and creases. In a very tightly packed crossover segment, the Mitsubishi Eclipse Cross at least gets your attention although be warned, the reactions can be polarizing.

The Eclipse Cross sits just above the ASX with a slightly larger price gap emerging to its right in the form of the Outlander with rivals pouring from all parts of the globe. Japan fields the Toyota C-HR, Germany has the T-Cross, Korea comes out with the Seltos, France the 2008 and Italy with the 500X.

Not to be left behind, Mitsubishi has whisked in a bit more specification (read value) to the latest Eclipse Cross so if you’re not immediately convinced by its alien-like appearance, this is still one vehicle that shouldn’t be overlooked.

We’ve already touched on it, but this is a design that works from some angles better than others. From the front that diamond-shaped grille finally moves Mitsubishi away from a generation of chrome but the styling narrows toward the back and is then squeezed together by a slanting roofline. It’s really aggressive in typical Japanese fashion and yet oddly more practical than its predecessor because that 2-piece rear glass with integrated light bar is now a single piece, thereby relying less on those rear parking sensors. And in segments where 190mm of ground clearance suggests a good work/play balance, the Eclipse Cross at 140mm and no all-wheel drive option isn’t going to be mounting any kerbs outside the local farmer’s market.

Firstly, there’s a new 8-inch touchscreen glued to the dash and breaking the natural contours but it’s a vast improvement over Mitsubishi’s other systems. Apple Car Play and Android Auto connect and sync in a flash and the entire operating system is at least 50% quicker with uncluttered and logical displays. You sit relatively deep in the car’s body and the general ambience reminds me very much of a Honda CR-V. Standard features include keyless entry and keyless start, park distance control and camera, and heated seats.

It’s a somber interior but my goodness, is it a comfortable one to spend time in when loadshedding knocks out all the traffic lights and time seems to stand still. The end-to-end soft touch materials and leather helps enormously to suppress noise, squeaks and vibration, akin to putting on a pair of noise cancelling headphones – even the buttons have a rubberized feel to them rather than a cheap clicky sound.

Anyone who’s had the rare privileges of driving an actual Mitsubishi Eclipse will tell you that there’s no passing resemblance here and neither car really benefits from this tenuous association. However the Eclipse Cross gets really close to delivering the type of supple ride that is so easily achievable when brands don’t insist on fitting low-profile rubber. The chassis doesn’t wrestle the anti-roll bars too hard and honestly I prefer the little bit of roll and syrupy movement versus a car that’s artificially stiff and requires three settings for the dampers to find a happy medium. The 1.5-litre turbo charged engine injects healthy levels of performance while making the entire Mitsubishi brand more attractive to a younger audience. Also, the CVT sets a new benchmark for smoothness, whether you’re coasting along or wringing its neck the volume and harshness of the drivetrain never reaches unpleasant levels.

The Mitsubishi Eclipse is evidence of a brand that’s going through a dramatic turnaround and dares to be fresh and different with high levels of standard specification for R500 000 as well as offering a refined and slightly sporty drivetrain with one eye on economy.  The small number of updates just two years after its initial launch take a good product and make it even better. 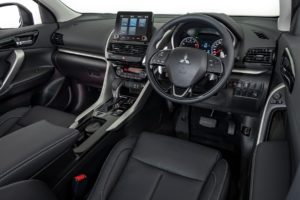 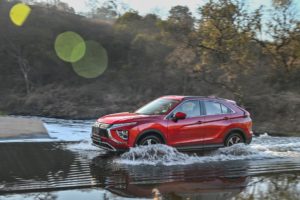 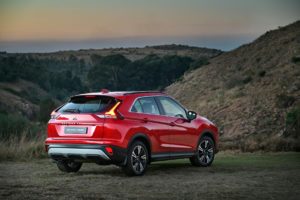