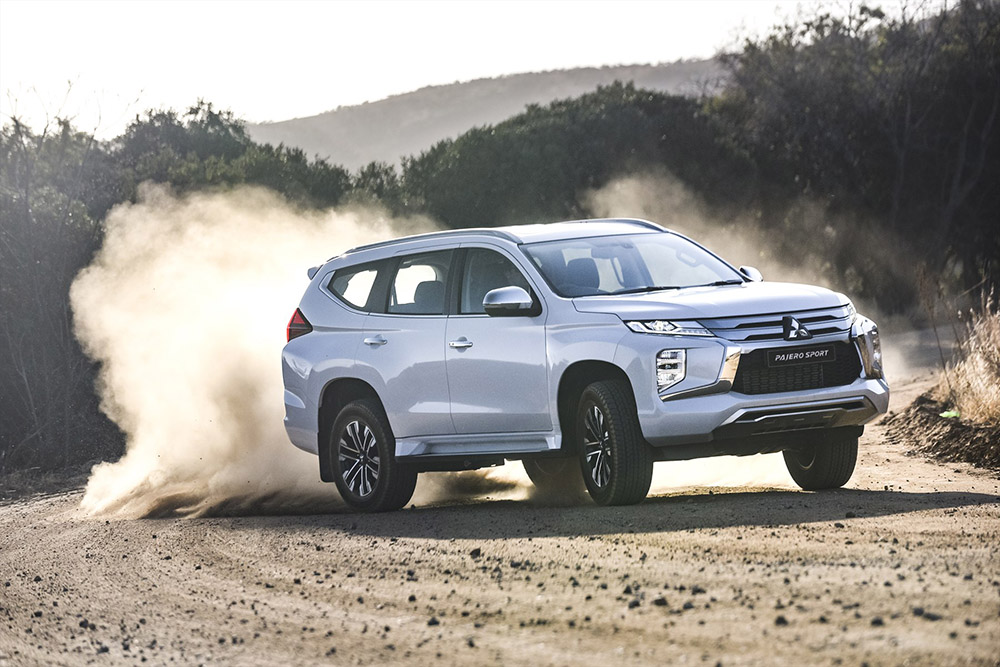 Our last test drive for 2020 was the Mitsubishi Pajero Sport Exceed.

It’s utterly bonkers the price of new cars. Every issue of Car mag that arrives sees our household head to the buyers guide to play ‘what could we buy’. The answer, not a lot. What’s scarier is that a good, capable SUV with 4×4 tech is playing in the same price point as a high-end sports car from a few years ago. The economic knock-on effect from the pandemic might see regular 4x4s heading closer towards the million randelas mark this year.

The SUV, and particularly those with 4×4 capabilities, grouping is an interesting market segment. We’re a strange bunch in South Africa, our cars are attached to our sense of identity. Our purchase influences include brand loyalty, ego, and keeping up with the Dlamini’s and Jones’, and unfortunately influencers paid-for content. Affordability seems to come last in the influencing our decisions, now more than ever we should be considering the value-for-money offering, and singing its praises.

Other brands can tell you what they want about their stats, or sales figures for the month. Only one brand can claim the title of most wins in the Dakar, and that’s Mitsubishi with 12 wins between 1985-2007 from the Pajero Evolution. It’s one of my favourite stats when it comes to the brand because potential buyers don’t know the rally winning heritage. Why haven’t they won more? They withdrew after the 2009 Dakar due to financial restraints.

In 2020 Mitsubishi updated the Pajero Sport line-up. Most notably it added a range-topping spec line – the Exceed. Billed to arrive with all the bells and whistles, and then some. Unlike the competition, there was no powertrain update with this facelift, though in a like-for-like engine comparison the Pajero Sport still outdoes the direct competition with 133 kW and 430 Nm off the 2 442cc turbo-diesel engine.

Capable. Tough. Uncomplicated. The elements that make up the grille and surrounds don’t appear to be connected to every single component in the new Dynamic Shield front end. Which means if damage happens to a single part, it’s only that part being replaced. The looks seem less plastic than other options on the market.

The cabin remains close to what the other models in the line-up feature. The 8-inch touchscreen infotainment unit keeps the Pajero Sport as a valid competitor in terms of connectivity. The finishes are all soft-touch premium fabrics, protecting elbows and knees from bruises when 4x4ing. Extra elbow space has been granted to driver and passenger in the Pajero Sport update. The one gripe with the interior is the lack of headroom if you’re tall, even with the electrically adjusted seat set as low as possible were centimetres between ceiling and driver. To be fair, the height element of this driver is on the taller end of the spectrum. Legroom for the second row of passengers is impressive, with a tall driver, a tall passenger could fit behind them. The third row, however, is for the shorter or younger members of the household, it’s just a little too snug for comfort if occupants err on the taller side. The addition of the sunroof and electric tailgate to the Pajero Sport Exceed adds to the value proposition of the vehicle, it’s the convenience features that make it easier to live with every day.

The popularity of SUVs is astounding, what’s even more astounding is living with them every day. Big SUVs are generally known for being similar in size to a barge, leaden, terrible turning circle, and lack of visibility of low-lying objects when parking. The Pajero Sport Exceed’s 8-speed automatic gearbox is excellent in everyday bumper-to-bumper, parking lot application; smooth and seamless. The power delivery to the wheels is smooth, with no lurches through gearshifts at low rpm.

Five-link coil-spring solid rear axles don’t have a reputation for being the comfiest suspension option around, though the Pajero Sport has a comfortable ride, there’s some clever trickery with the 4×4 system happening. The 4×4 system with lockable diff is capable of whatever is thrown at it off the beaten track.

It’s surprisingly agile, and responsive, in urban and suburban spaces, the steering doesn’t suffer from the glassiness that 4x4s are known for. It’s as pliable in a small space as a hatchback would be, there’s no sweat induced fear wafting out your pores as you imagine doing 428-moves to get out of a parking bay.

The Pajero Sport drive coincided with a colleague having the new Fortuner on test, testing both cars against each other in an extra-urban and suburban environment for ease of use the preferred SUV was evident. Both of us agreed that in everyday driving situations the Pajero Sport Exceed was the winner.

The Pajero Sport Exceed excels at being the value for money product, it may not be scoring 10s in every contest though it’s consistently bringing in 8s, and we all know that wins the overall competition. 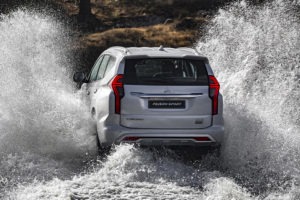