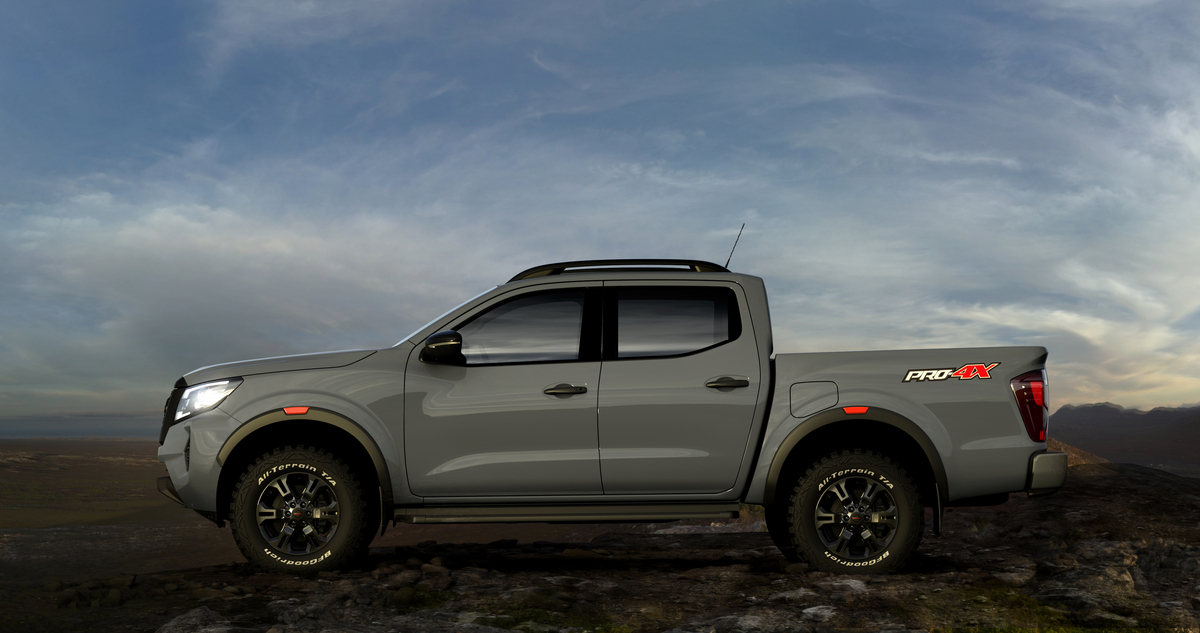 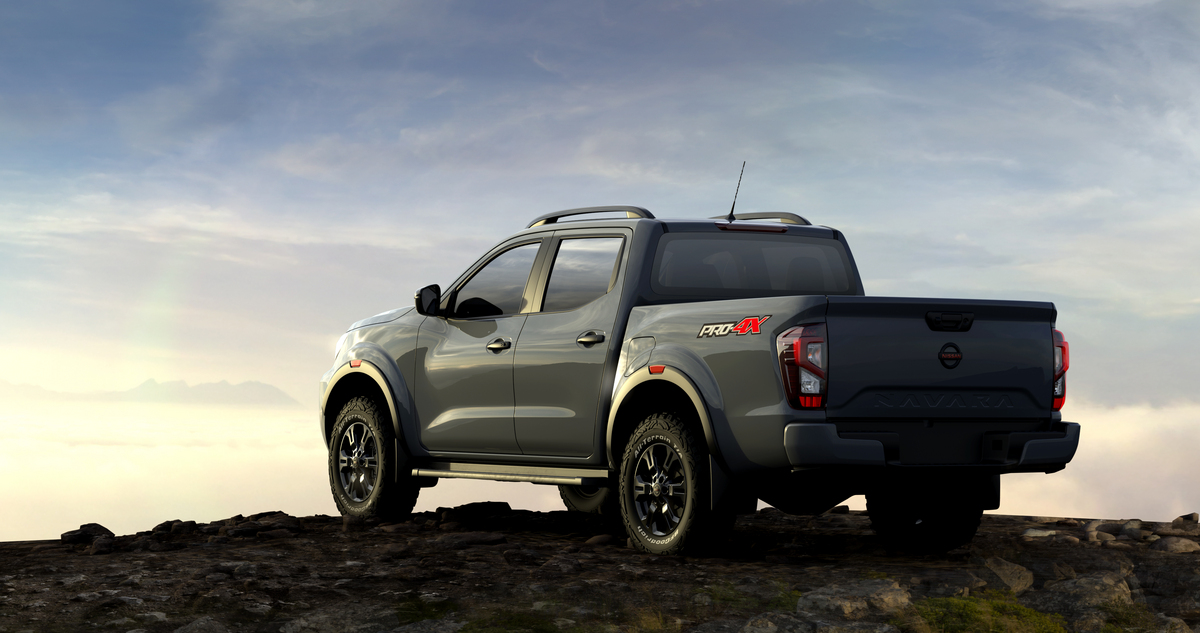 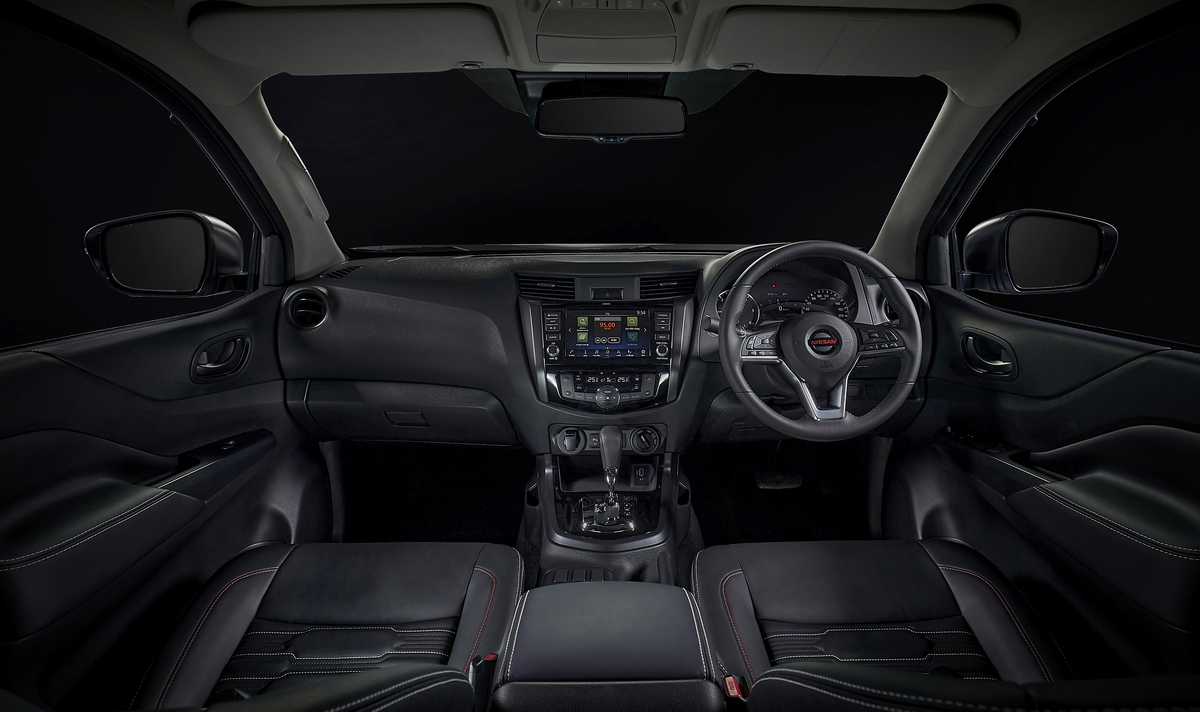 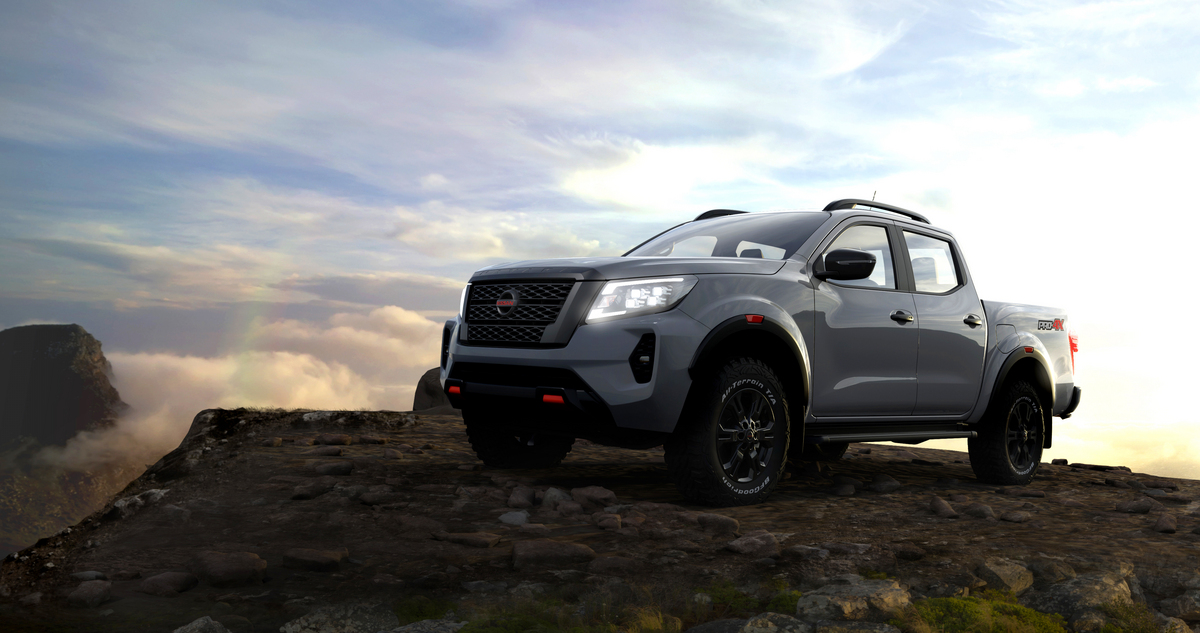 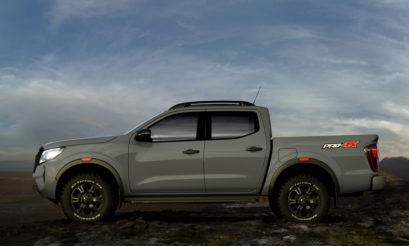 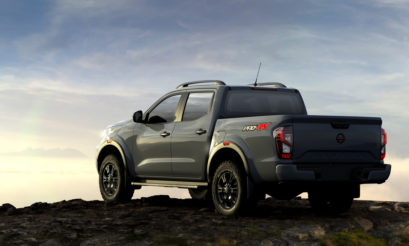 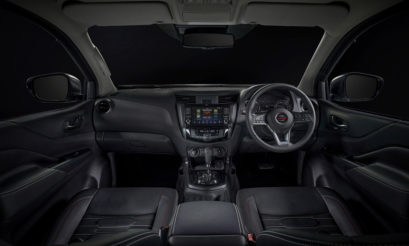 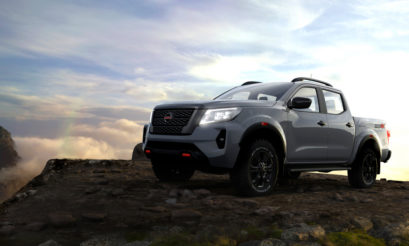 The Nissan Navara still holds a lot of clout in South African bakkie gatherings helped by its ties to Nissan’s other range of lifestyle vehicles: If there was an X-Trail or NP200 in the garage, there was always a good chance that a Navara would feature alongside them. Nissan simply knew how to give its customers what they needed and tailor their products accordingly up through the ranks. Now thanks to a sizeable R3 billion investment in its Rosslyn manufacturing plant, Nissan once again believes it understands exactly what South African customers want and need from one of the oldest and most trusted bakkie nameplates on African soil.

The Navara arrived for test just after the Peugeot Landtrek and GWM P-Series – two examples of bakkie styling that introduced some striking concepts and ideas to the recipe. The Navara, particularly when wearing black paint with the back wheels and little splashes of red, didn’t feel threatened by either in the slightest. It’s arguably the best styled bakkie currently on sale in South Africa, although we do agree with those who felt that the wheel size looked a bit small and lost in the arches.

The Navara’s big party trick is that its suspension architecture bears a closer alchemy to an SUV than to a bakkie. Rather than those traditional leaf springs – renowned for being strong but harsh – the Navara deploys a more luxurious coil spring setup to allow for a wider range of wheel movement. Better still, it does so without sacrificing payload performance.

The jury is out whether it’s a night and day difference out on the road but we could vouch for its comfort when tackling a gravel section, impressed by just how stable it felt at speed and with barely a vibration filtering through and into the cabin. Considering that gravel will probably make up a big part of the Navara’s daily diet, one can understand why Nissan thinks it has something of a USP in a tight segment.

We thought that the Navara’s coil spring suspension might translate into a more agile and capable off-roader compared to its leaf-sprung counterparts but the difference wasn’t that noticeable over rocks or through dongas. Ultimately those road-going tyres were far more defining of its ability than anything else, followed by reduced ground clearance from those running boards. Nevertheless, the Navara possess enough off-road tricks and systems like rear differential lock, hill descent control and low range  – crucial 4×4 aids that some competitors do lack – to get through most obstacles.

The Navara’s workmanlike background is apparent through the quantity of hard plastics on the doors and dashboard and as a result the cabin can feel a little cold and stale. While acceptable on base-line models, we really expected more of an effort from Nissan to disguise this with some softer patches of leather on the flagship Pro-4X.

The seats meanwhile are fantastically comfortable and provide a cushioned reprieve from the myriad hard surfaces while other touchpoints like the sporty steering wheel are generally of a high quality and texture too. However it is time for Nissan toy ditch the chrome-plated gearshift surround and replace it with a leather boot because it’s on these first impressions that the Navara doesn’t always send the right message. A deeper storage tray ahead of the gearlever would also prevent loose items from shooting across the cabin during very mild cornering – it’s a miracle my smartphone is still in one piece!

The touchscreen can move between Android Auto and Apple Carplay, which takes a relatively bland operating system and showers it with a shiny, modern overhaul in seconds. Some features are simply absent like lane keep assist and adaptive cruise control but you do get a reverse camera and park distance sensors which, on a big bakkie like the Navara, are relied upon regularly. The Navara also uses these sensors for collision detection (with emergency braking) and rear-cross traffic alert.

In an rare move, Nissan has employed engine upsizing for the latest Navara! In actual fact, Nissan has just returned to the original 2.5-litre 4-cylinder turbo diesel layout after a brief stint with the smaller 2.3-litre turbo diesel. So what sort of power increase can one expect from one of the largest engines in the segment? Best not to get too excited at this point because rather disappointingly, power outputs of 140kW and 450Nm are identical to that of the smaller engine and still lag behind that of the Ford Ranger.

The engine starts with a bit of rumble and clutter but quickly settles into a refined rhythm 100 metres down the road. Performance is good enough to pull off some sudden overtaking moves in the city and we had no complaints about how the 7-speed gearbox shuffled the cogs around, keeping the turbo wide awake, so much so  that at times one can hear it whistling under the bonnet. Whether you’re a fan of that is something to consider but throttle response remains sharp and we had to be very careful when off-roading so as not to spin the wheels.

Some of the Navara’s shortcomings, most notably some cheaper cabin appointments and finishes can be forgiven when it comes to price. Our flagship Pro-4X is around R50 000 cheaper than some rivals. Yes, the Navara doesn’t include all those features like an electric roller shutter or heated seats, but it does position it closer to the GWM P-Series and Peugeot Landtrek while boasting a much better ride and far more modern powertrain. 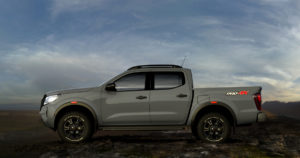 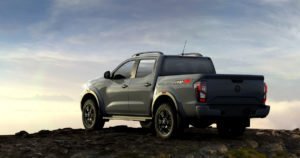 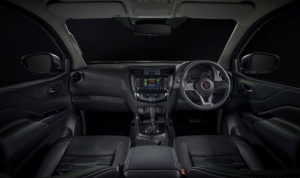 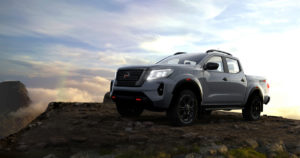