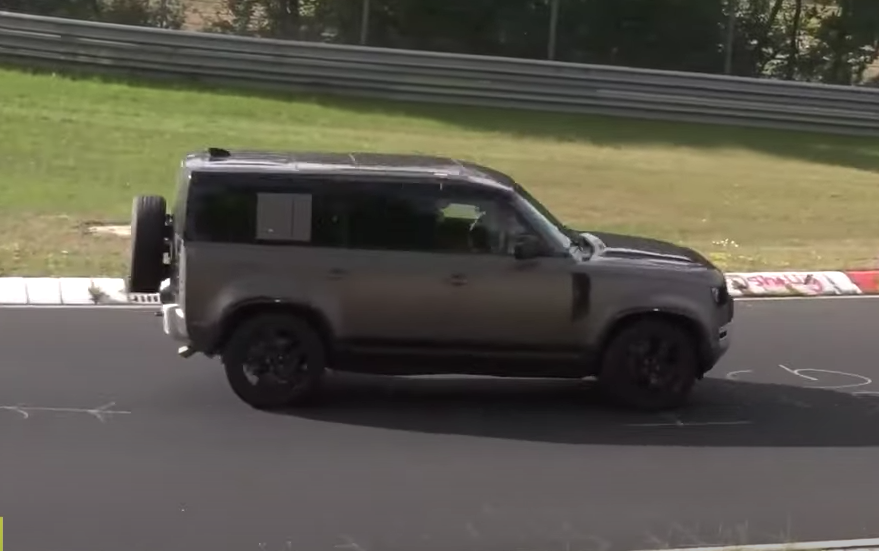 In the wake of the new Land Rover Defender, a video has surfaced of the Defender with an assumed V8 testing at the Nurburgring.

We know it’s not a sports car, though it’s not a pointless exercise to test this behemoth at the ‘Ring. Putting the Defender through its paces will give engineers a sense of where the limits lie for weight balance and handling when different engines are added to the line-up.

From the footage that AutoCar managed to get with less camo cladding, it doesn’t look like the Defender V8 will go full SVR.

Land Rover has yet to comment on the circulating images and video. Judging by the burble as the driver puts foot out of corners it’s definitely running a V8. Besides the aural hat-tip of performance, there’re the quad tailpipes and red brake calipers, both synonymous on Jaguar Land Rover models running the V8. The question is whether it’s the new 4.4-litre twin-turbo V8 sourced from BMW M performance or the older 5.0-litre supercharged unit from previous generations.

The 5.0-litre unit is reaching the end of its lifecycle, the possibility is that Land Rover might be using what’s left of them to power the Defender V8, which is said to be a limited edition model. This’ll use up surplus stock while making way for the new lower-emission 4.4-litre variant.

Don’t hold off buying the new Defender in anticipation of the arrival of the V8. No official news has been relayed, though industry sources suggest it’s at least the end of 2021 before it’ll officially break cover, which for us would mean into 2022.