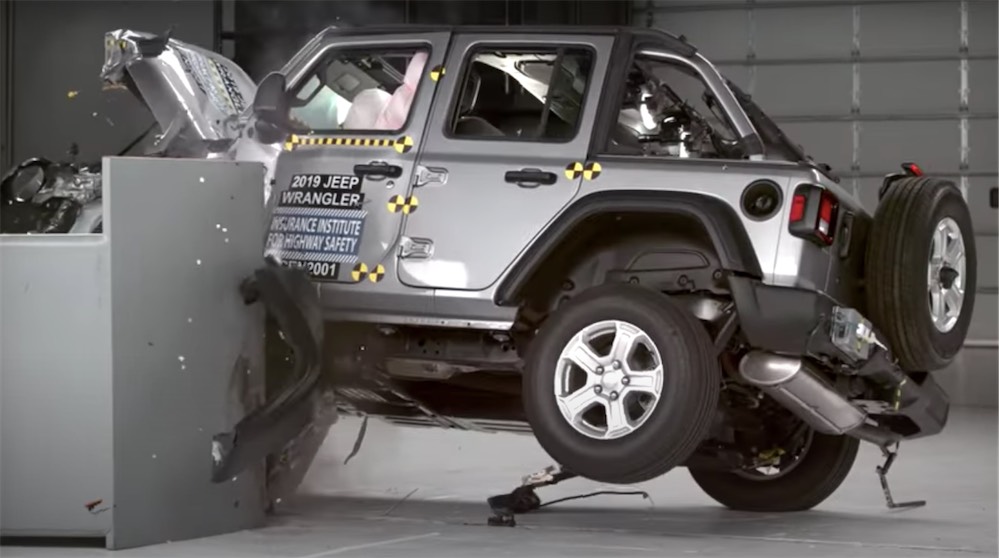 The new Jeep Wrangler was recently retested by the Insurance Institute for Highway Safety (IIHS) in the USA after FCA objected to the first round of testing.

The second time around, the Jeep scored a marginal rating, because the car flipped on its side after crashing into the barrier.

Otherwise, the Jeep performed admirably. According to the IIHS, the driver’s space held up well. It also stated that the rollover added additional risk injury, which is why the safety rating was downgraded to “marginal.”

You can watch the results of the crash in the video below.