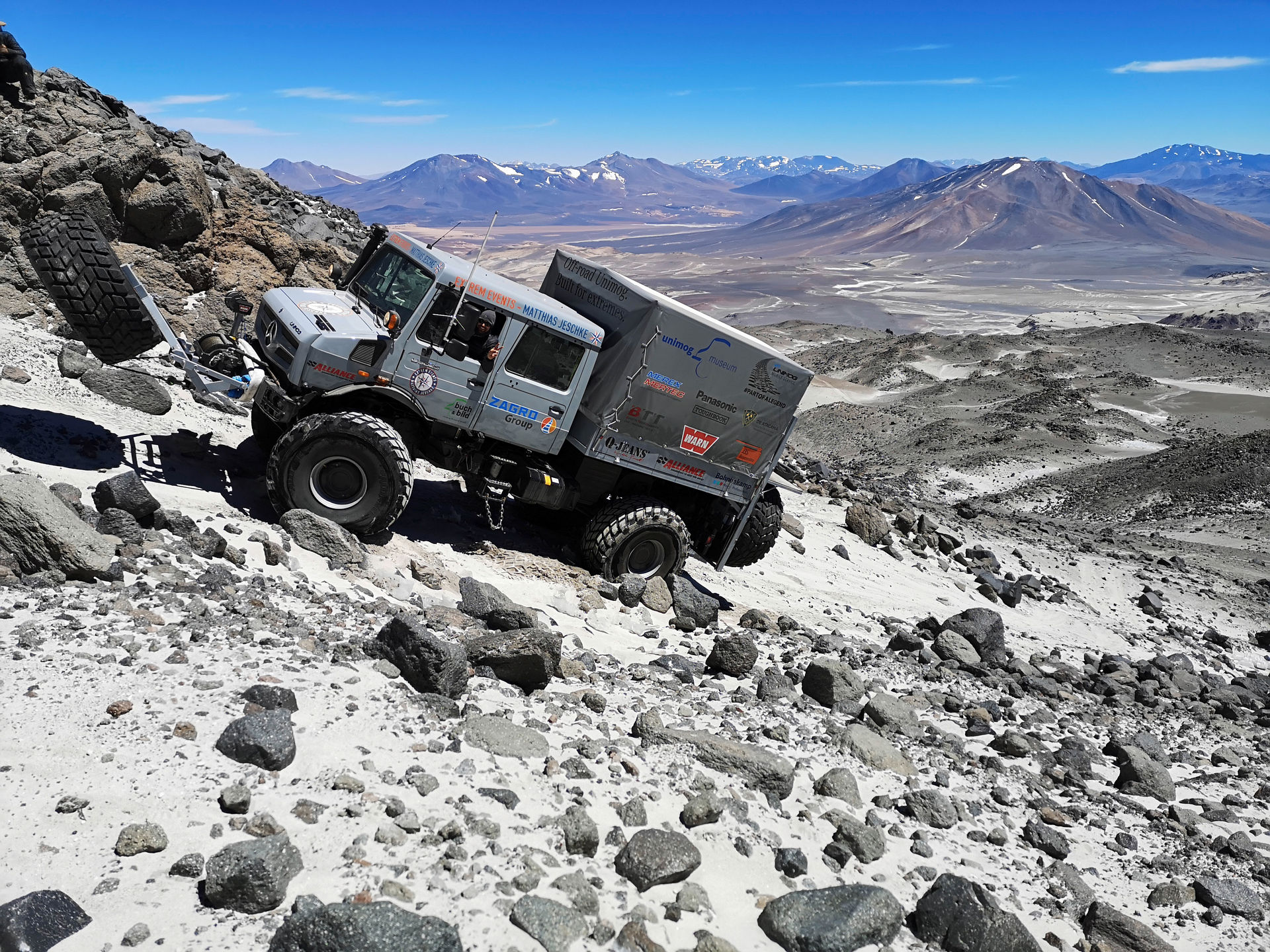 Mercedes-Benz has set a new world record with a pair of modified Unimogs.

The record in question is a new high-altitude record for a wheeled vehicle, which now stands at an impressive 6 694 metres, roughly twice as high as Sani Pass.

A team of ten people, led by Matthias Jeschke of Extrem Events, were supplied with two brand-new Unimogs.

These Unimogs were modified to include even chunkier tyres and a variable centre of gravity balancing system designed by the Unimog development team at Mercedes, the Unimog Museum and a Unimog body maker.

This record-breaking attempt was the result of two teams tasked with installing four emergency radios on the Ojos de Salado volcano in Chile. The radios will communicate with a base camp further down the volcano but are set at 6 200 metres.

One of the Unimogs was pushed a bit further, all the way to a record-breaking 6 694 metres.

The previous record, also held by Jeschke, was in a Mercedes Zetros and stood at 6 675 metres.

Watch the video of the Unimog working its way towards the record in the video below.