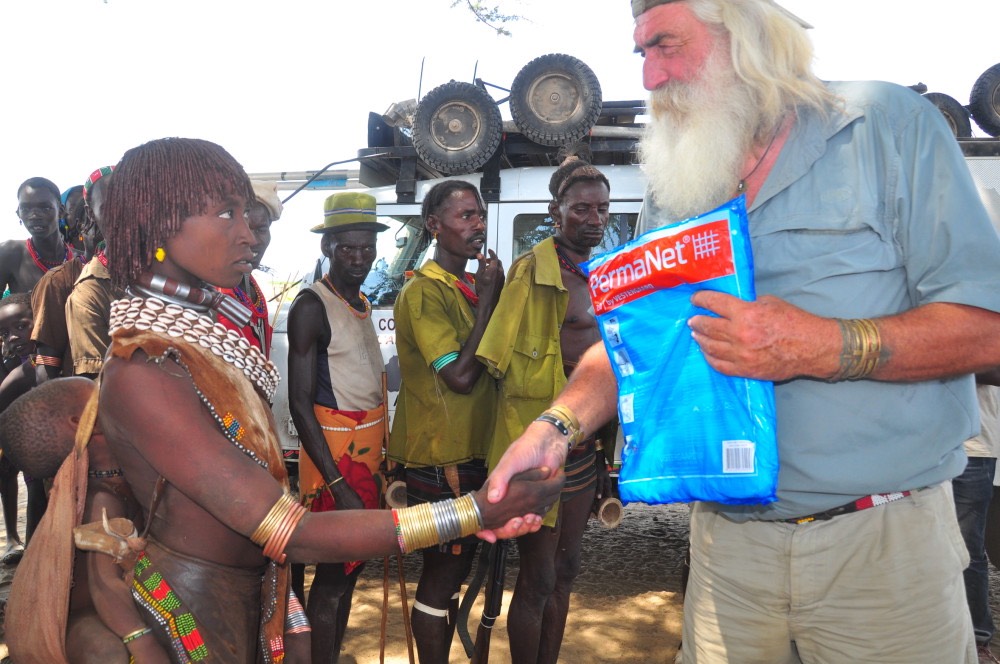 While the world reels from the impacts of COVID-19 and aggressive measures are put in place to curb the spread of the disease, it is essential that ongoing efforts to prevent other killers such as malaria are not overlooked.

The World Health Organisation’s most recent report shows that malaria causes illness in around 230 million people and kills approximately 430,000 people each year. More than 90 per cent of all cases occur in Africa, and of those, pregnant women and children under the age of five are most vulnerable. Sadly, a child dies every two minutes around the clock from malaria.

While we already overlooked World Malaria Day on 25 April, we’d still like to share some facts and figures provided by Land Rover and the Kingsley Holgate Foundation.

For the past 16 years, Land Rover and the Kingsley Holgate Foundation have battled malaria across the African continent, with the delivery of insecticide-treated mosquito nets to some of the most affected regions with a strong focus on pregnant women and mothers with children under the age of five years, and as long-term partners of the Goodbye Malaria indoor-residual spraying programme in Mozambique – one of the hardest-hit countries in Africa. To date more than 420,000 nets have been distributed and over 450,000 homes have been sprayed.

Alongside these direct preventative measures, the team also distributes educational leaflets and encourages various awareness programmes, including community-focused malaria art projects with children and soccer matches, in order to spread a malaria prevention message to thousands of community residents.

Altogether, these efforts have resulted in the lives of more than 3-million people being protected.

“The devastation caused by the COVID-19 pandemic on a global level cannot be underestimated, but we must also keep up the fight against malaria in Africa. We will share the resources and logistical support of our malaria prevention programme to further raise awareness and education in the fight against Covid-19 in Africa in the months ahead, said “Ross Holgate, Land Rover Ambassador and Kingsley Holgate Foundation Expedition Leader.

“We’re thankful that the World Health Organisation has communicated key recommendations to various African governments and their in-country partners about the managing of COVID-19 and malaria cases simultaneously. We will head back out into Africa and resume our fight against one of the world’s oldest and deadliest diseases as soon as we are able.

“Fighting malaria has been a passion of the Kingsley Holgate foundation since 2004, borne out of our personal experiences of what it is like to contract malaria and its deadly impact. We consider ourselves an ordinary bunch of adventurous Land Rover enthusiasts, but with extraordinary empathy for Mama Afrika and her people.”

On past missions, such as the Outside Edge and African Rainbow Expeditions, Kingsley, Ross and their team have delivered thousands of mosquito nets to remote areas by Land Rover alone. Nets are packaged tightly into bundles of five, with 20 bundles in a 70kg bale. Each Land Rover Discovery, of which there are two for recent expeditions, can carry eight bales or 800 nets each. The expedition team’s support Defender 130 can carry 1,000 nets on its own.

With the help of logistical partners throughout Africa, additional mosquito nets are delivered to key locations ahead of each expedition’s arrival. In April 2019 during the Mozambique Flood Relief Expedition, more than 10,000 mosquito nets were delivered to communities surrounding the Gorongosa National Park that were devastated by Cyclone Idai and, because of the widespread flooding, were also hard hit by malaria.

“Naturally, we concentrate on deep rural areas where there are little or no regular health services,” said Kingsley Holgate. “We are incredibly thankful for Land Rover’s continued support over nearly two decades. It would simply not be possible to reach these communities without the capabilities of our vehicles. We are impatiently waiting to get back on the road once it’s safe to do so and continue improving and saving lives.”

In total, more than 1.5-million kilometres have been covered in the Kingsley Holgate Foundation’s expedition Land Rovers to deliver humanitarian aid. Land Rover and the Kingsley Holgate Foundation are currently in the planning stages of adding to this tally, with another grand expedition across the African continent and beyond. The details of this mission, along with some exciting developments involving the Foundation’s partnership with Land Rover, will be communicated in due course.