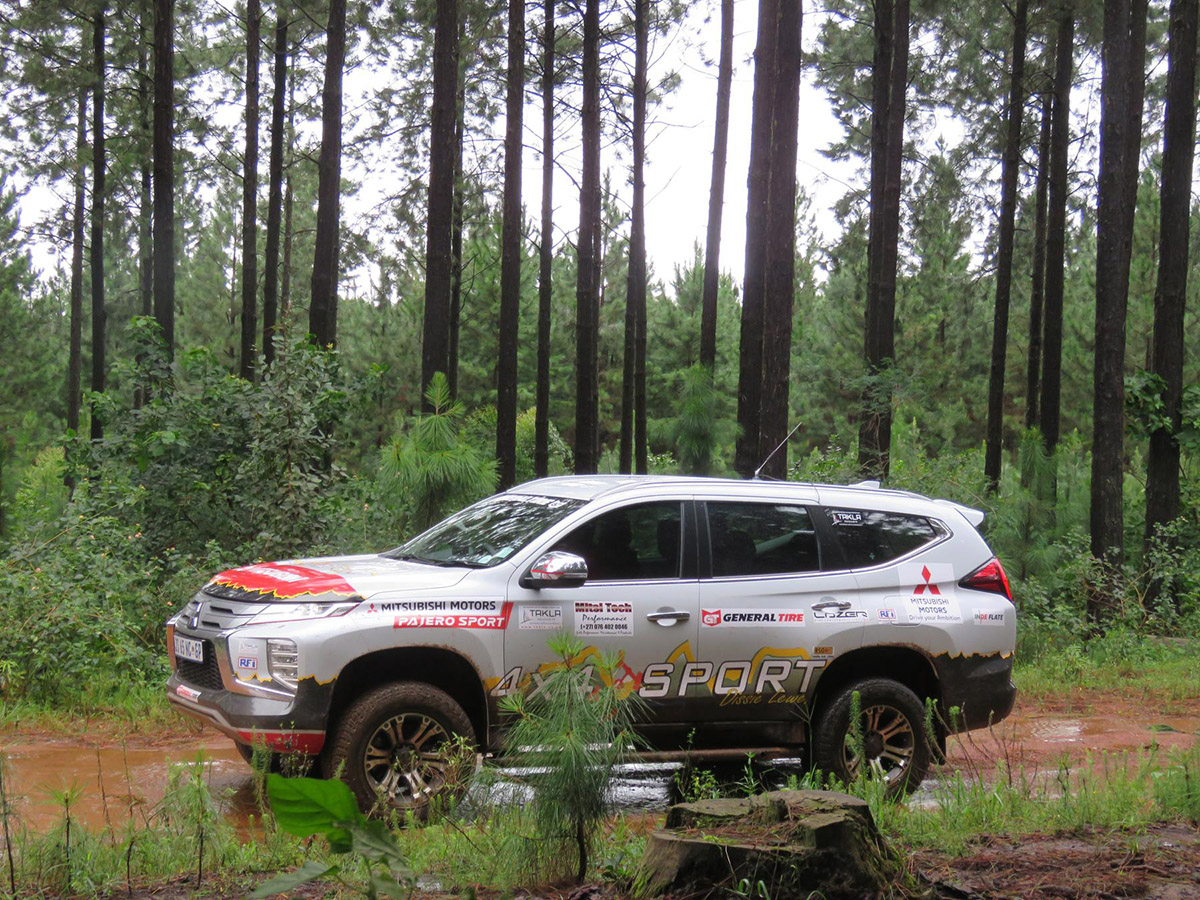 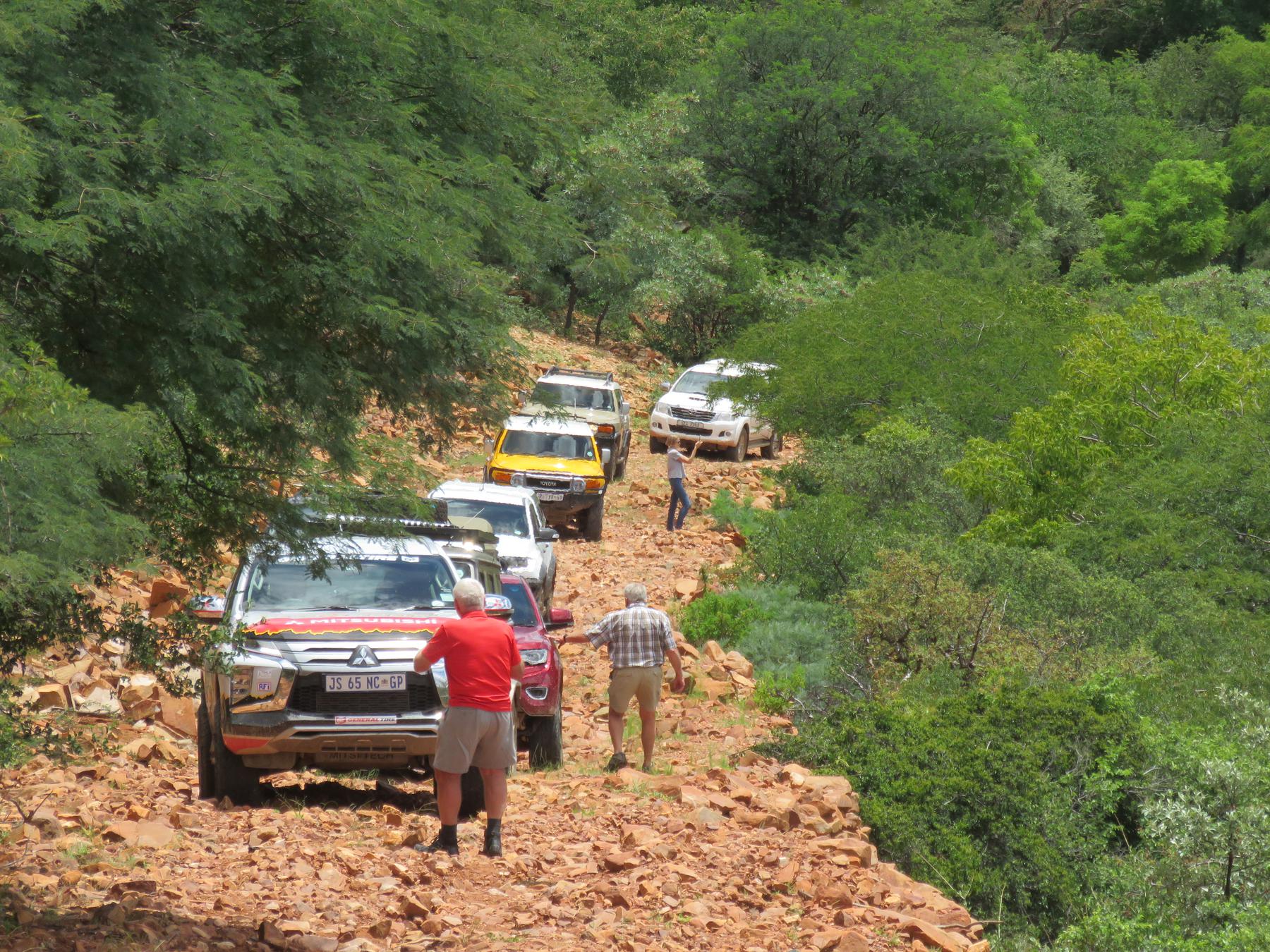 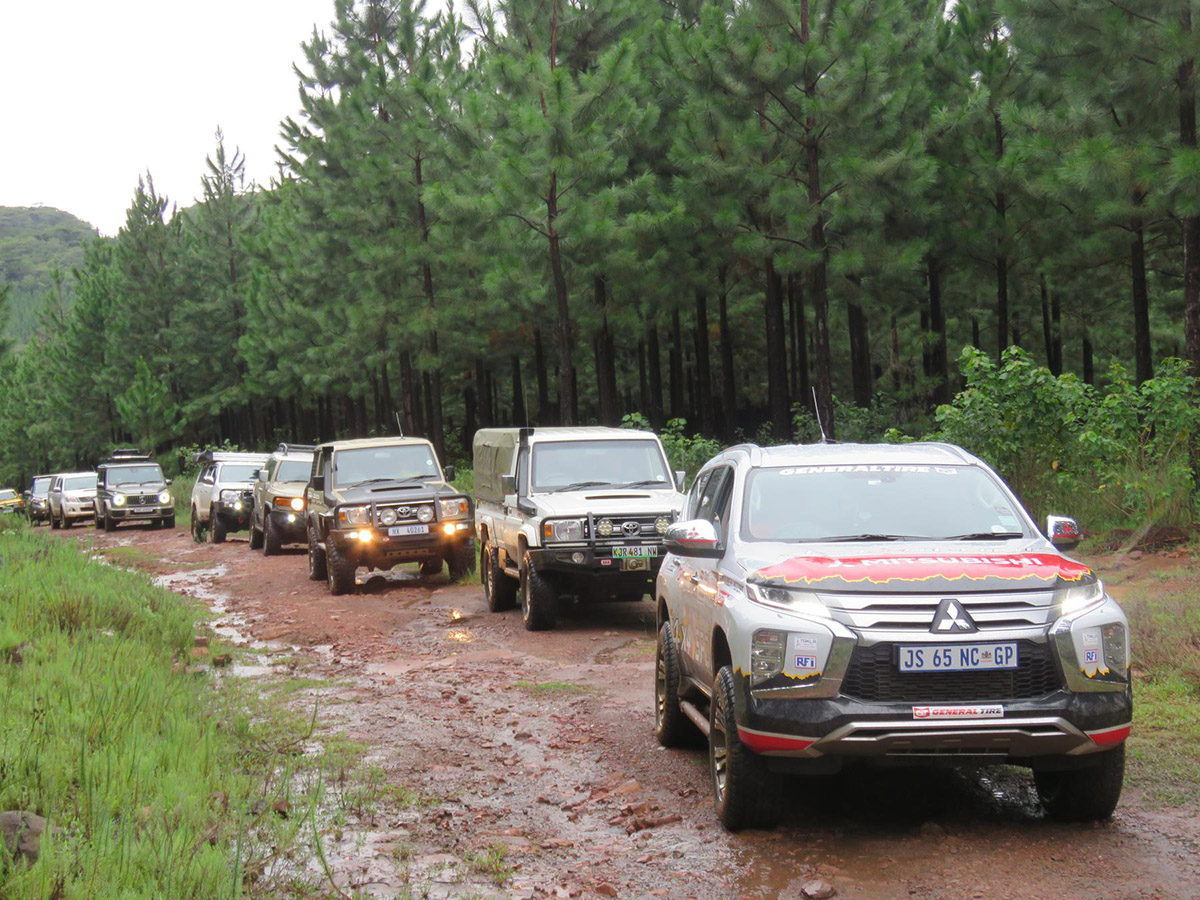 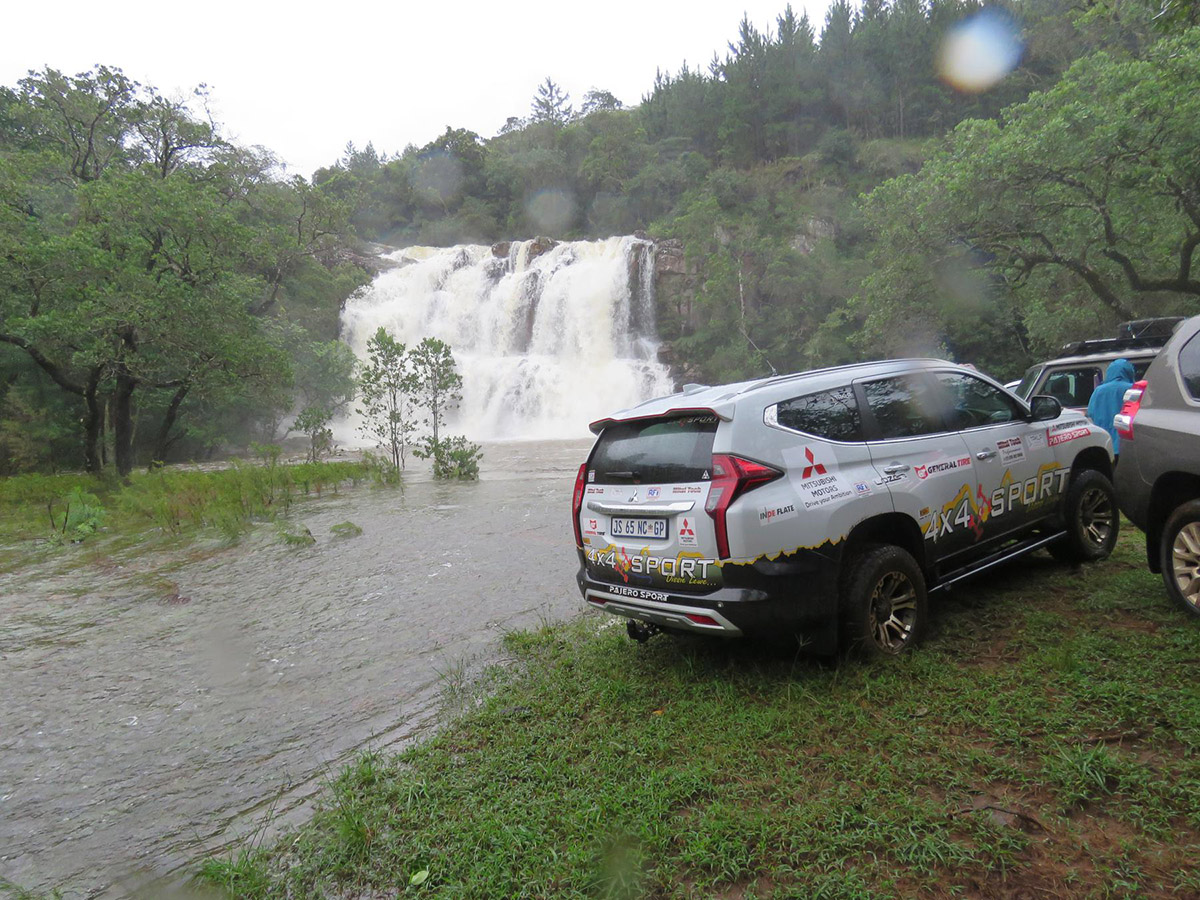 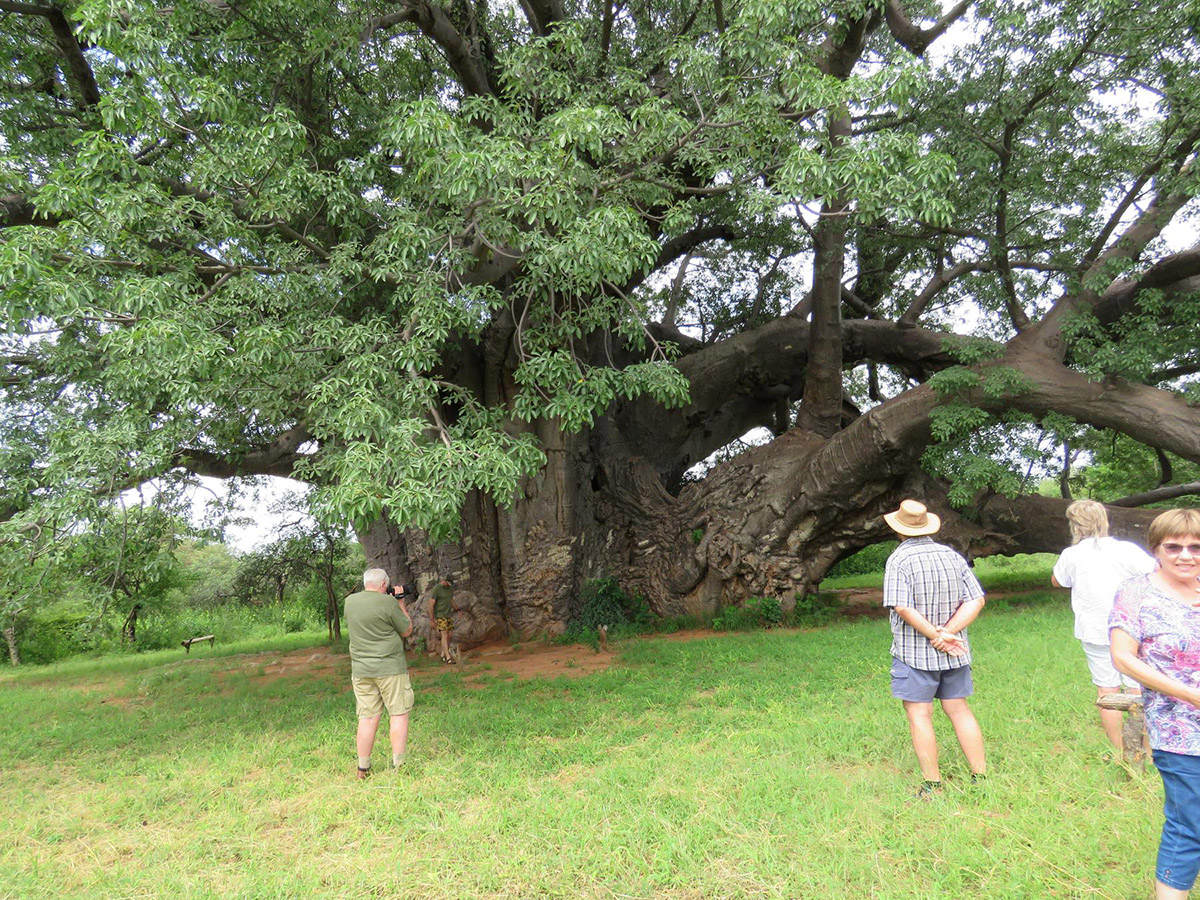 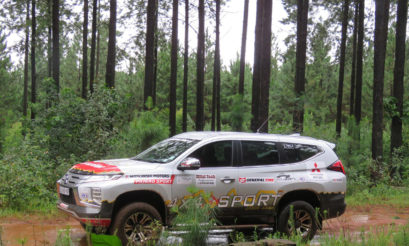 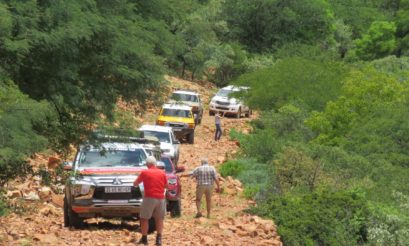 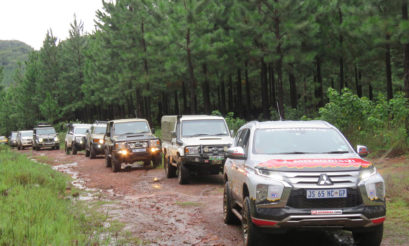 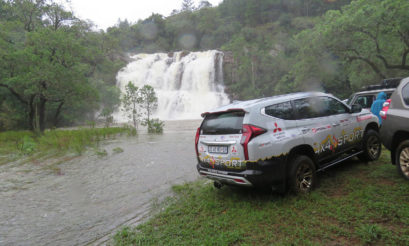 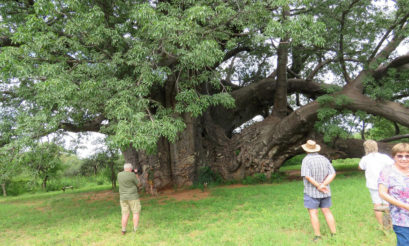 “Similar to the Pajero with its long history over 30 years, tales of tough adventures all over the world and outstanding performances, it is a legend in own right,” says Rossouw, who takes his Pajero Sport on off-road adventures in the northern parts of the country.

“Venda, part of the old homelands of South Africa, has lots of stories and legends from this part of South Africa. The population is known for their advanced way of life compared to other population groups. Venda is said to have been a highly developed civilisation, and ruins and excavations prove this. The Pajero Sport with all its modern equipment was right at home, and in a change to a few years ago when we could only travel and camp here, lodges and other accommodations are within easy reach.”

Rossouw and a group of adventurers in different Pajeros and 4×4 vehicles from other brands recently visited the area on a five-night excursion to put the Pajero Sport to the test and compare it to some other off-roaders.

Traveling just shy of 500 km from his hometown of Alberton, Rossouw and 14 other vehicles joined up at The Ultimate Lodge, about 12 km north of Louis Trichardt in Limpopo and about 100 km south of the infamous Beit Bridge border post to Zimbabwe.

“The open road was – like always – a dream in the Pajero Sport. On our second day, we tackled Mamba Pass, which was badly washed away after the recent heavy rains in that part of the country. But what an experience!” recalls Rossouw.

The Pajero Sport tackled it in much the same fashion as on the open road – in low range with all four wheels doing the hard work.

“Loose rocks protruding from the ground and deep ruts were no match for the vehicle’s ground clearance. The heart of this high-performance machine is the pairing of its 2.4L DOHC MIVEC engine, coupled to the modern 8-speed automatic transmission with Mitsubishi’s Super Select II-4WD system. This combination provided the kind of performance that makes driving through challenging conditions like these, including the rugged terrain up a steep hull, an absolute joy,” says Rossouw.

“Although we didn’t come across any snow, the Gravel, Mud/Snow, Sand or Rock setting adapts to the surface conditions we encountered. The system optimises engine output, transmission settings and braking, which offered superior traction,” said Rossouw.

Going back down later, after a visit to Mangwela Camp, Lake Fondudzi, and Thathe Vondo (the Holy Forest), the convoy headed back.

“The Pajero Sport’s Hill Descent Control (HDC) worked perfectly down the steep gradient and kept our speed below 20 km/h. This feature adjusts engine output and automatically applies the brakes to maintain the set speed, allowing me to concentrate on steering to and enjoying the scenery without having to manually apply the brakes, which could cause a loss of traction.”

The trip included a visit to the magnificent Tshirovha Falls deep into the woods on muddy tracks, where the Pajero Sport’s selectable Off-Road Mode came into play and guided Rossouw’s vehicle and the convoy all the way.

The convoy also visited the so-called “Gruesome Potholes”, but these were underwater after the earlier rains in the area.

The trip concluded back at The Ultimate Lodge before Rossouw and the Pajero Sport set off back to Gauteng.

“It was an unforgettable adventure – thanks to the Pajero Sport, which proved an excellent companion which was not as thirsty as some of our guests at the lodge. As they say in the classics – we’ll be back!”

“The Pajero Sport is built to help you escape the everyday and ignite your spirit for adventure. Decades of off-road expertise and cutting-edge technology come together in the Pajero Sport, fusing elegance, space, and safety for urban driving and agility for this kind of off-road excitement. It is the versatile family 4WD,” says Campbell.

“The recently added refinements to the exterior design and smart tech improvements made the Pajero Sport 2.4L DI-DC 8-speed Auto 4×4 even more dynamic, and – as proven on the trip to Venda – take every driving experience to a whole new level.” 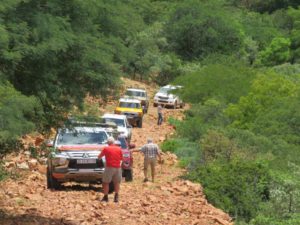 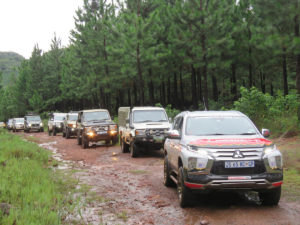 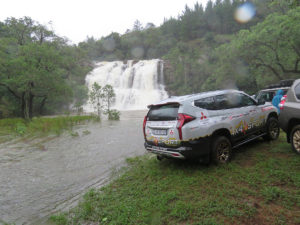 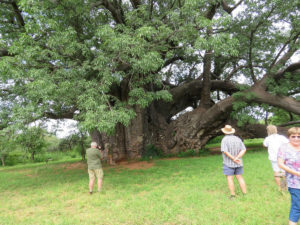