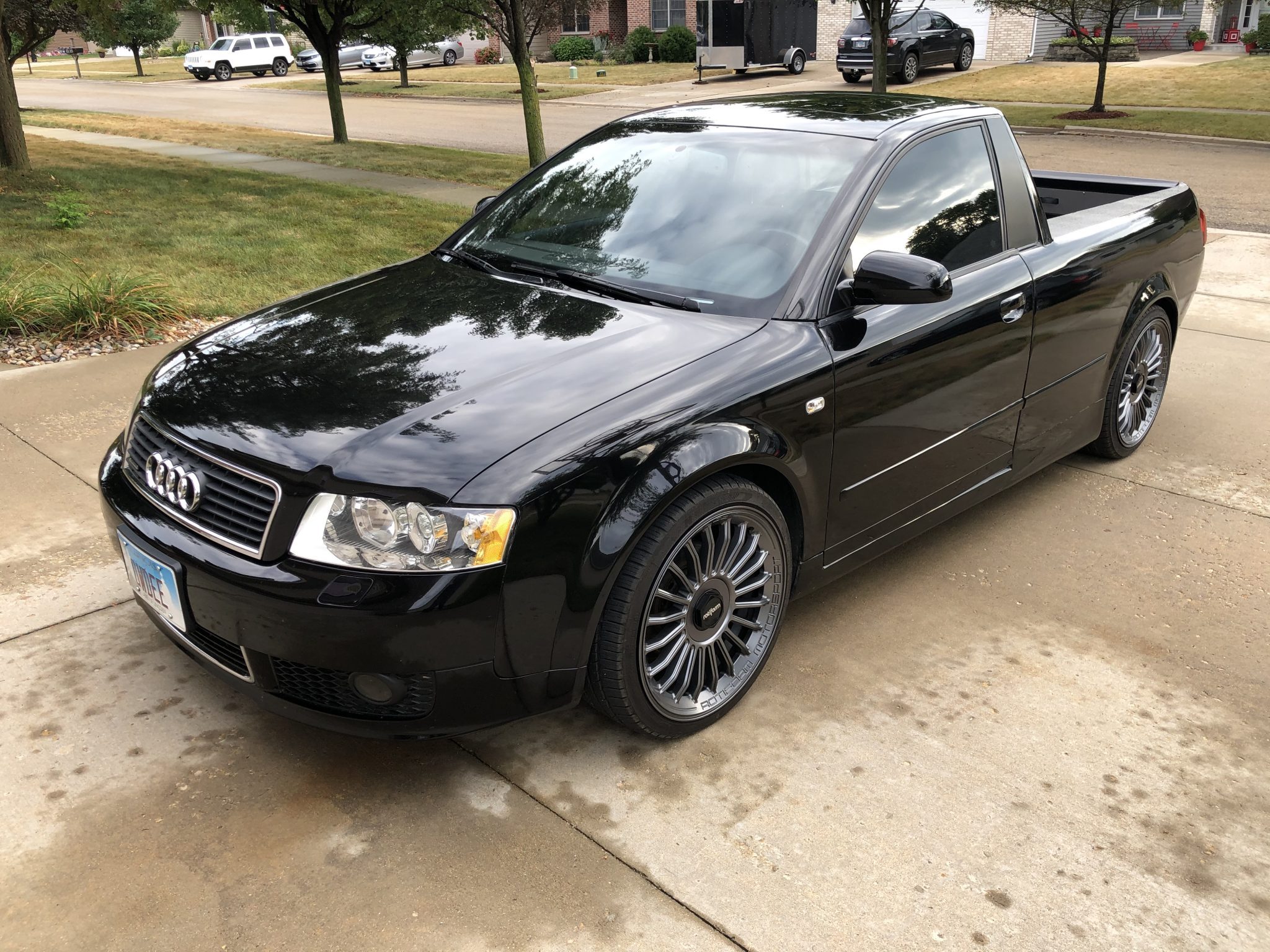 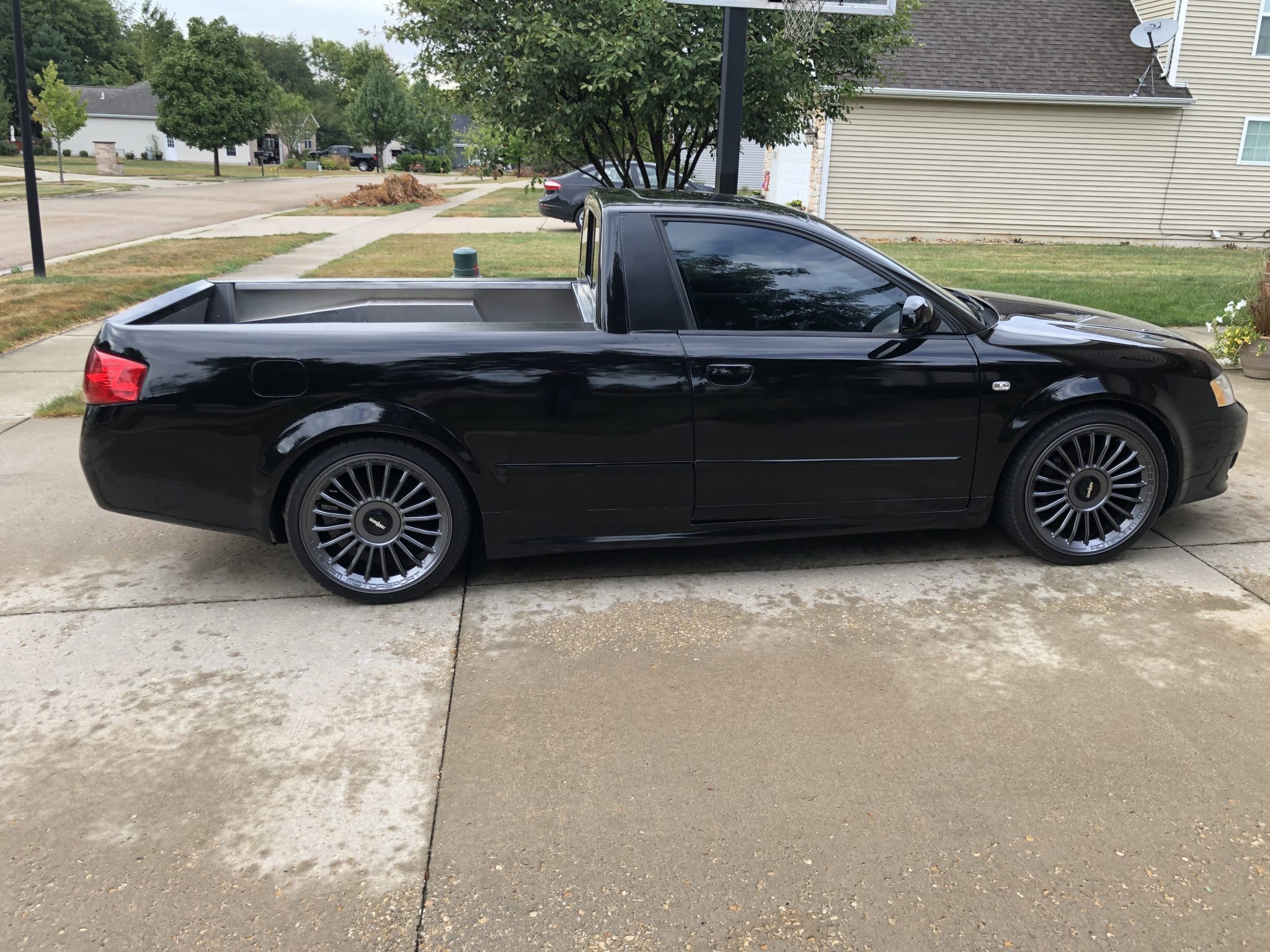 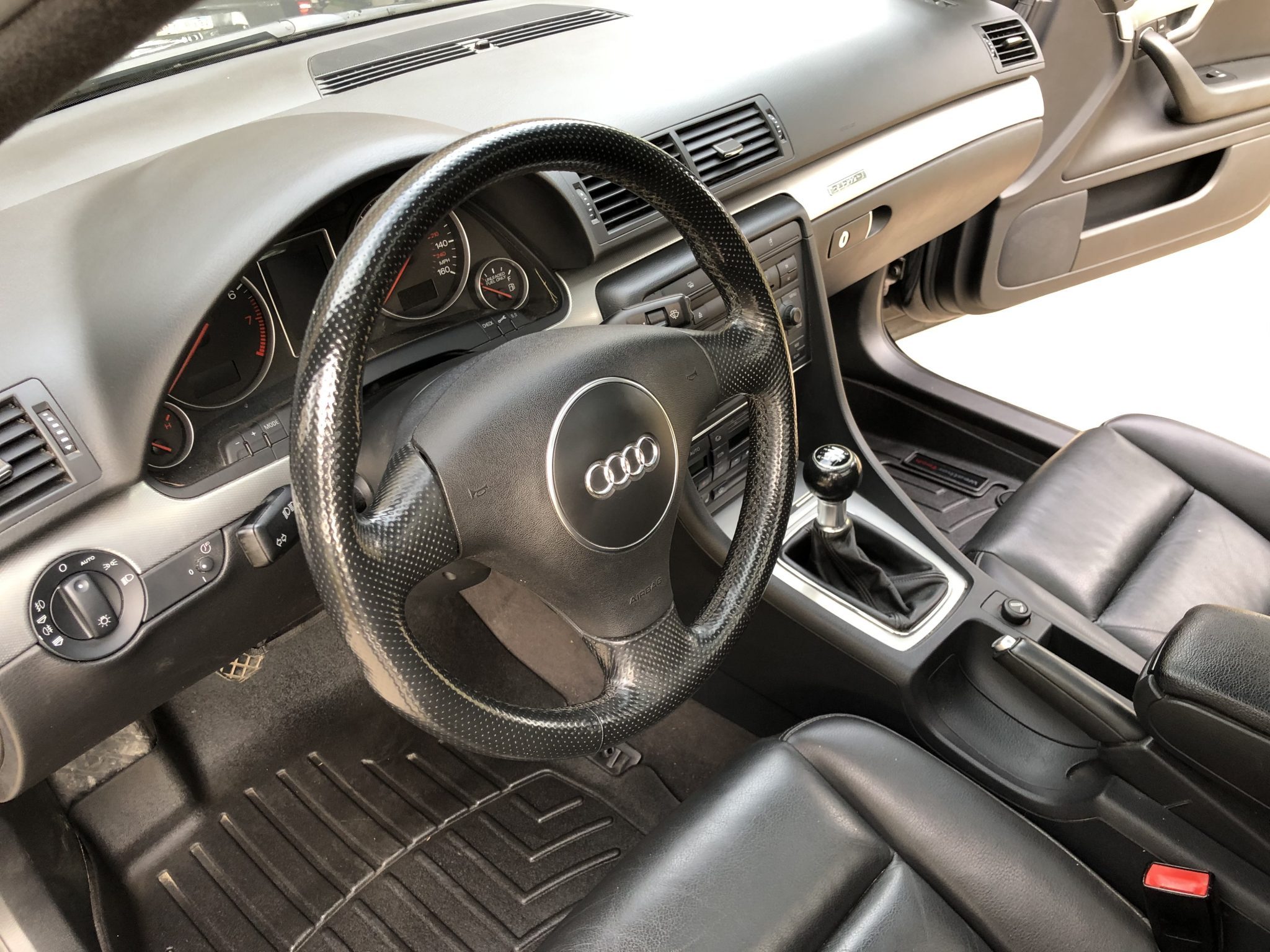 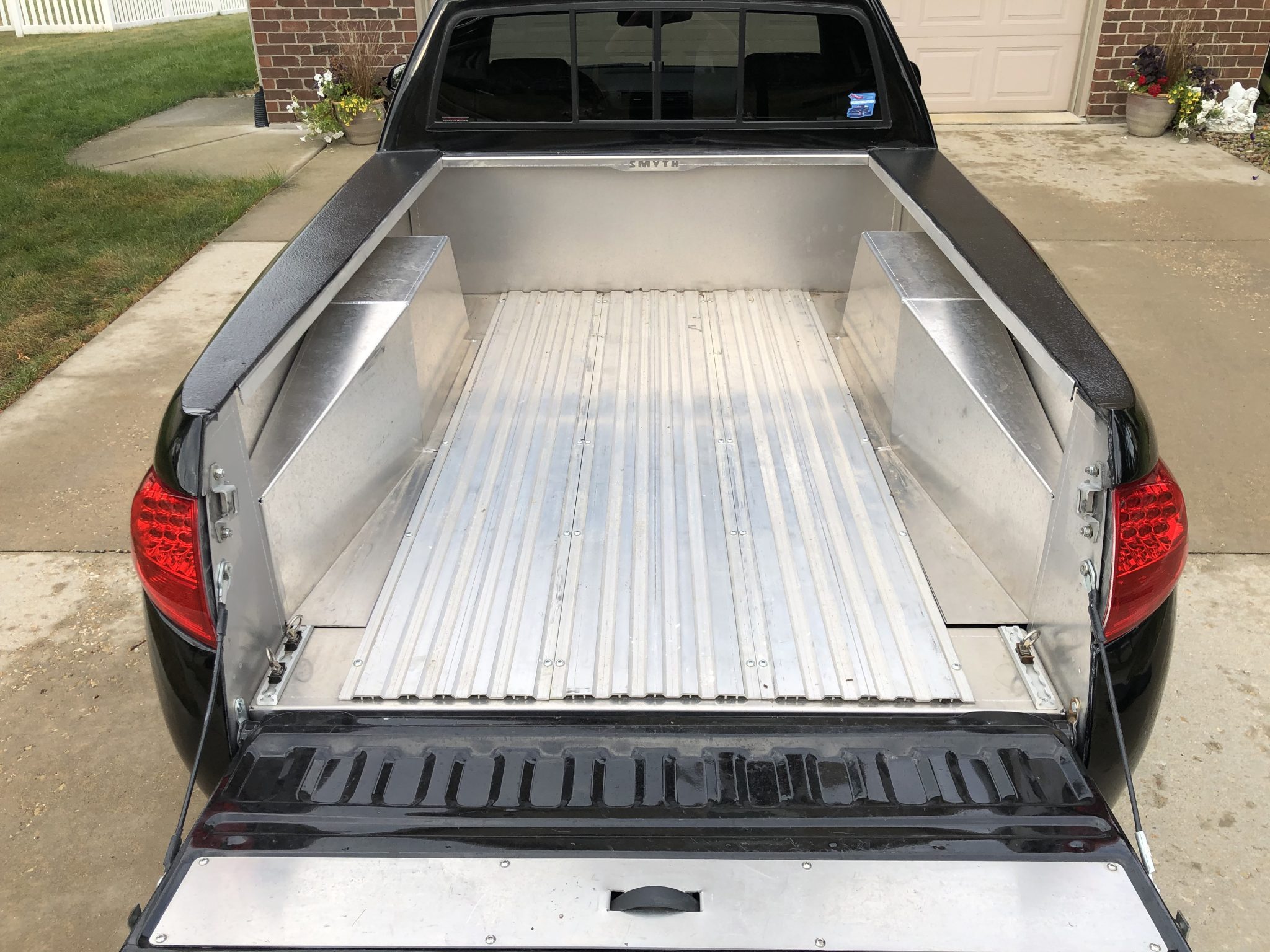 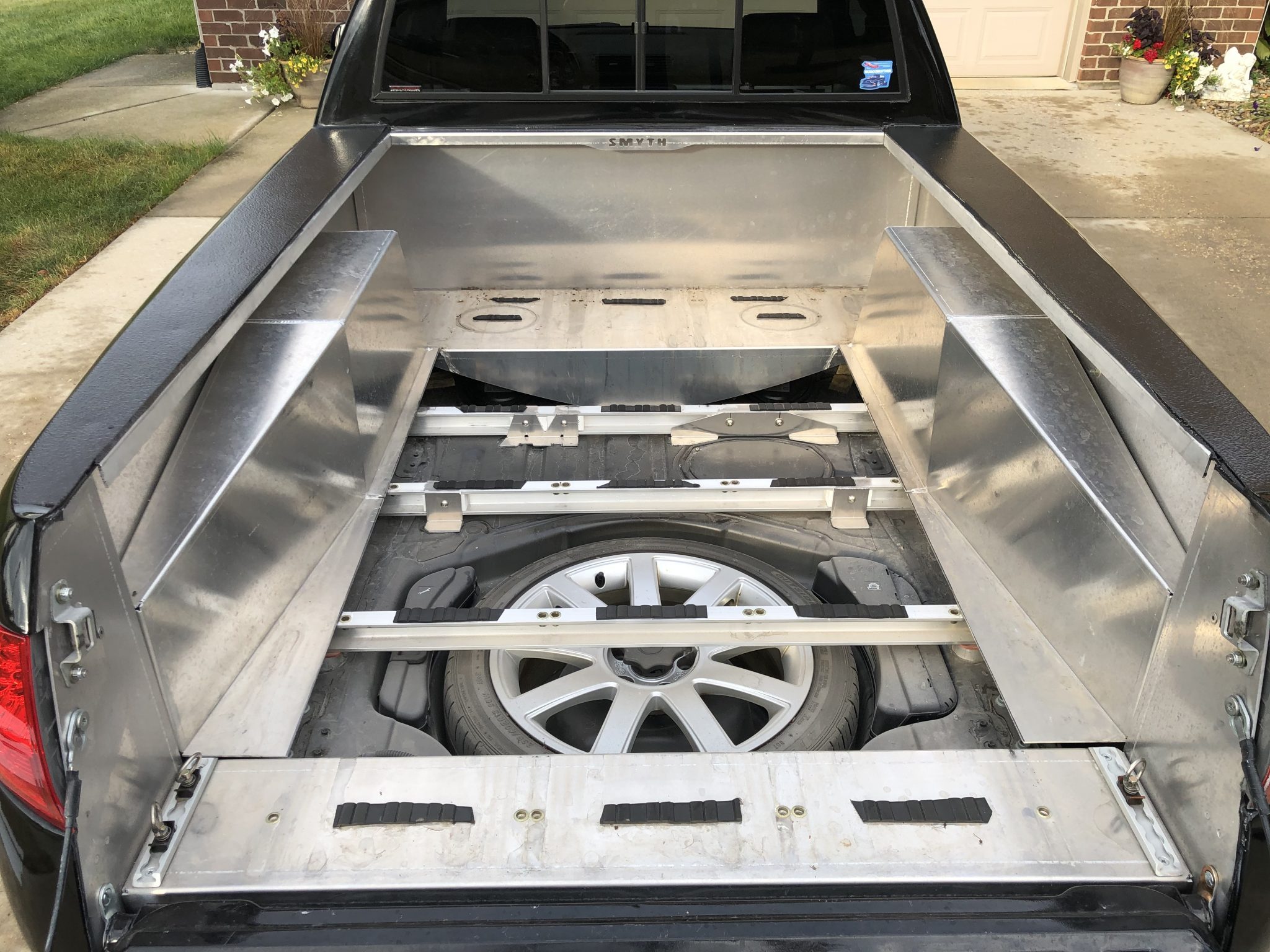 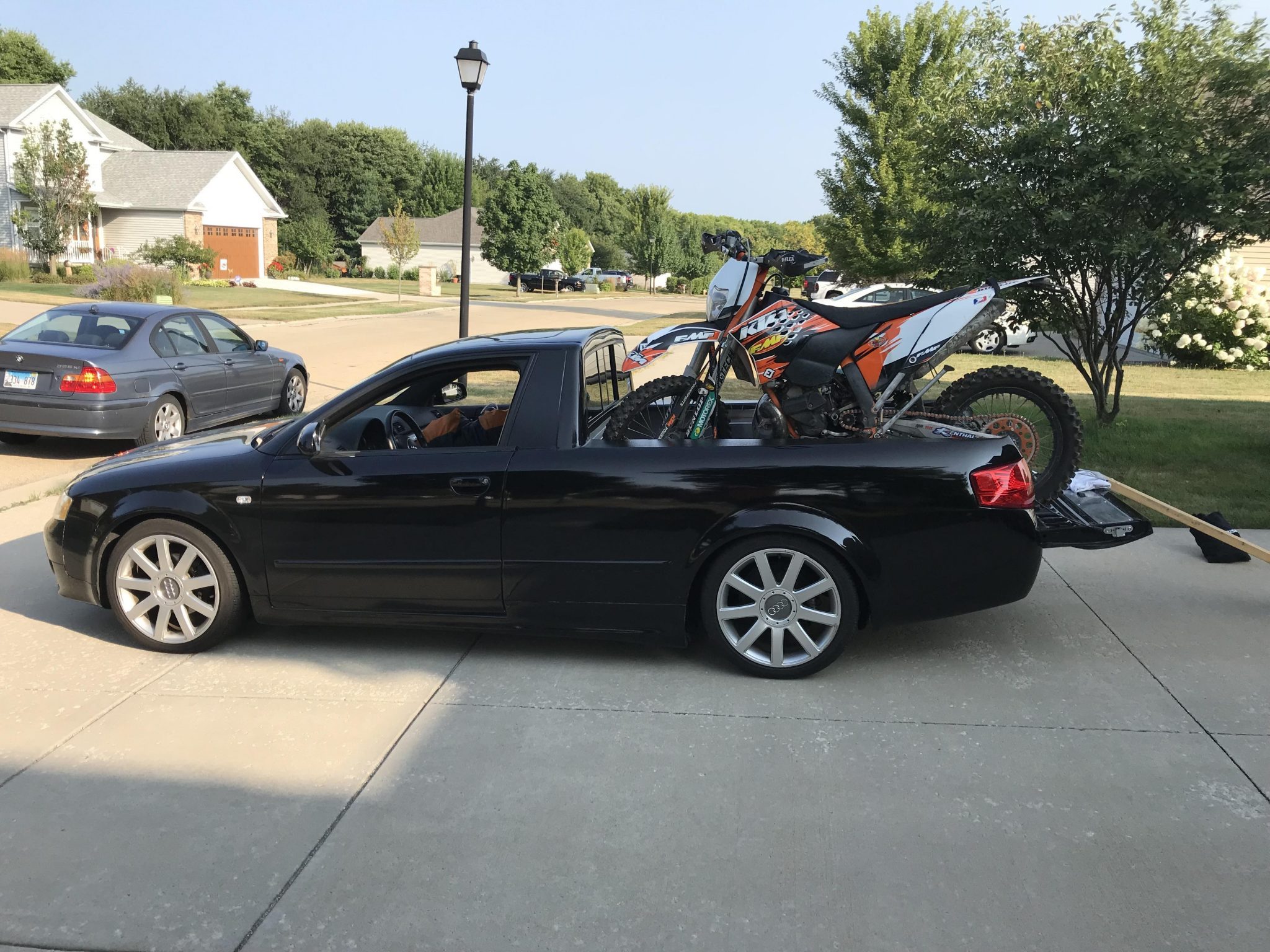 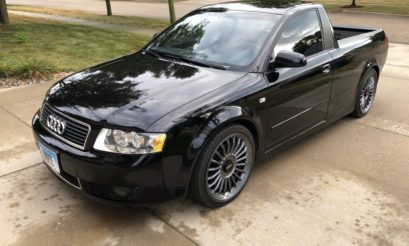 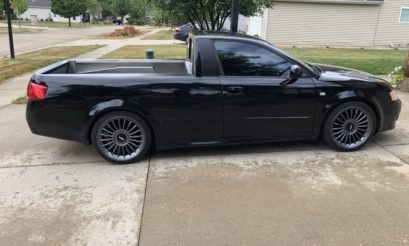 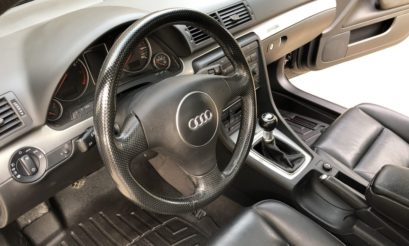 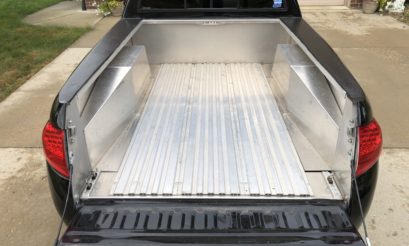 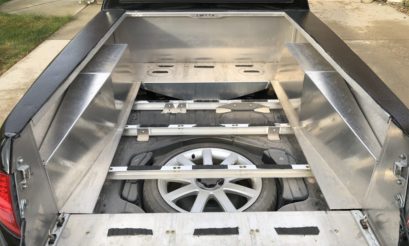 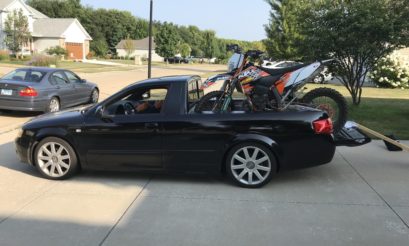 We’re not averse to conversions, particularly when they started as a sedan and finish as a ‘half-ton’ bakkie like this 2004 Audi A4.

A short while ago this interesting Audi A4 bakkie conversion appeared on the auction website Bring A Trailer. The owner bought the A4 in 2017 and lovingly turned it into a bakkie using a Smyth Performance kit. The A4 bakkie looks immaculate; this is a labour of bakkie love.

The engine has remained the same, a 1.8-litre turbocharged unit mated to a six-speed manual. The original power output was 134 kW (180 hp), the seller hasn’t indicated what the A4 bakkie produces after the conversion though we’re guessing it’s a fair bit more given the modifications it’s undergone. Mileage is a 97 000 miles, which is a touch over 156 000 km. ‘New’ by South African standards. The power is sent to all four wheels (Quattro) and braking is handled by the four discs, nothing has been specifically mentioned of brake upgrades.

A Stage I ECU tune has been done and the exhaust is now an APR Stealth cat-back system. The builder has mentioned in the comments that the wheelbase has not been modified or the drivetrain in the conversion process, they’re still the same as factory fitted. Reading the comments it appears that the builder is a master engineer, and assures that the cruise control and air-con work perfectly.

The seller claims they’ve never pushed the vehicle dynamically, though it does feel lighter to drive owing to the 136 kg weight loss through the conversion process.

The cabin remains that of the A4 sedan, black leather with chrome accents, heated seats electrically operated, original sound system, same instrument cluster with a speedometer that tops out at 160 mph and red lines at 6 500 rpm, though the sunroof no longer slides because of the rear-sliding window. And the airbag light remains illuminated on the dashboard, as the rear-seat pre-tensioners have been removed.

CONVERSION TO AN A4 BAKKIE

Part of the Smyth Performance kit included fibreglass rear quarter panels, aluminium inner bed lining, and structural reinforcements. The front lights remain what the Audi A4 came with; while the backlights are Acura MDX in origin. The third brake light was removed resulting in a permanent warning message on the instrument cluster.

A thread on Audizine shows the build as the seller progresses, including reinforced B pillars in the event that it ends up the wrong way up.

The load bay is lined with aluminium panels and a removable floor that hides the original Audi architecture and spare wheel. The A4 bakkie has been shod with 235/35 Nankang tyres on darkened 19-inch Rotiform rims.

READ: Get a load of this modded Mercedes-Benz G-Class 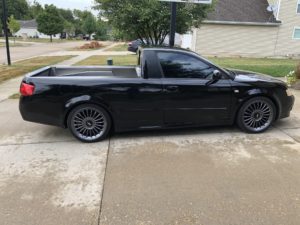 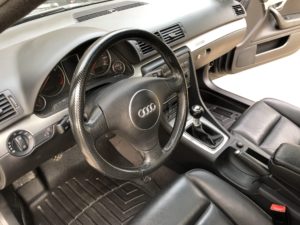 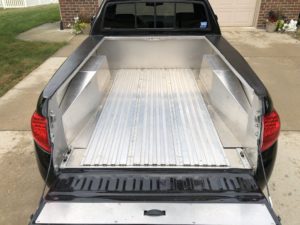 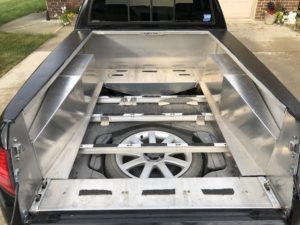