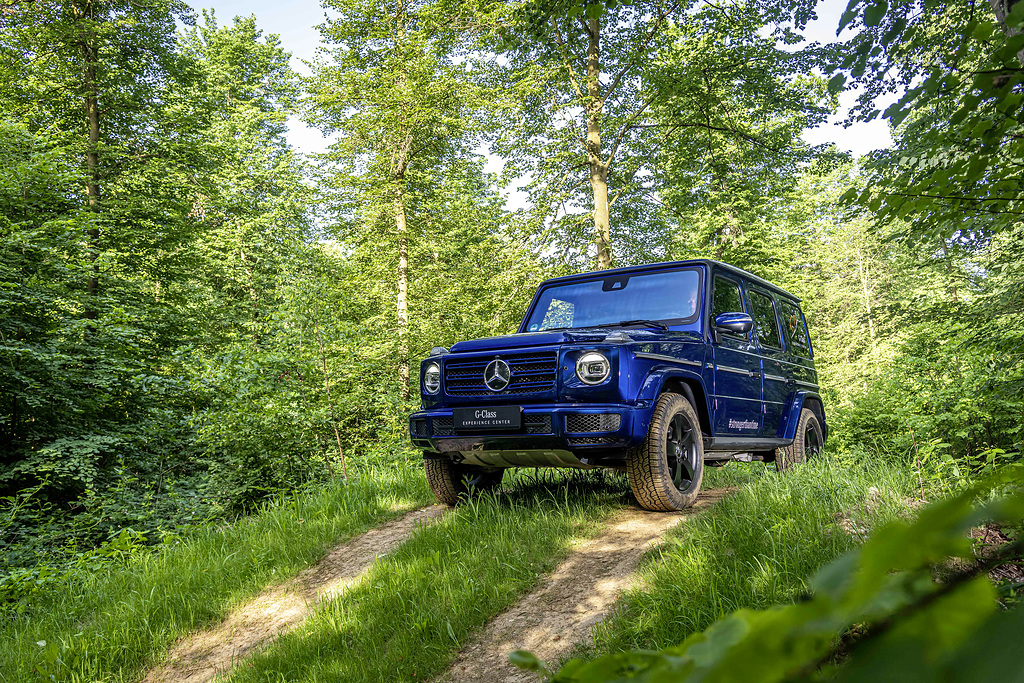 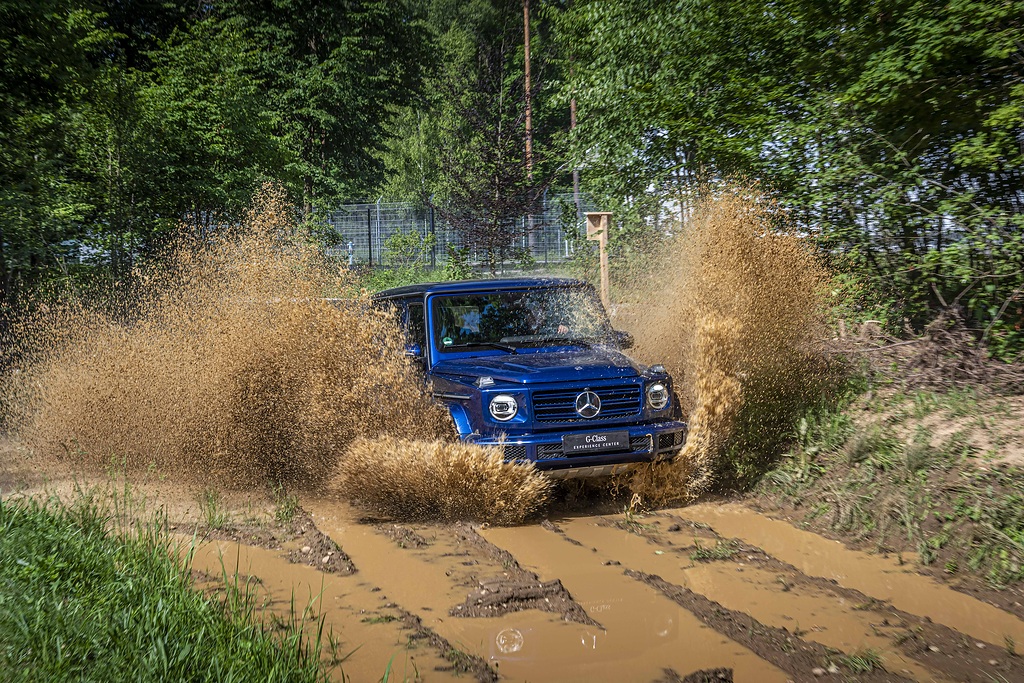 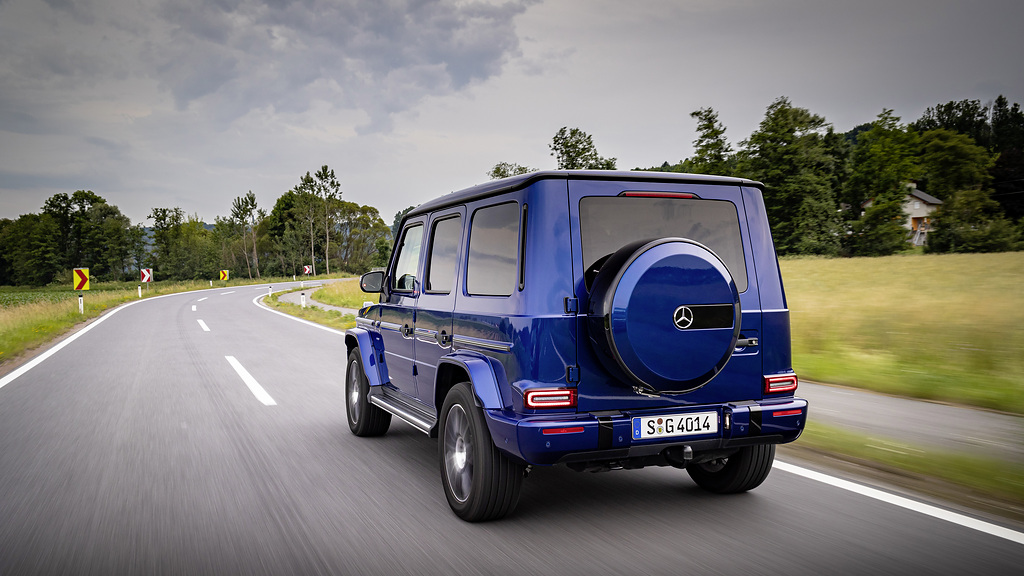 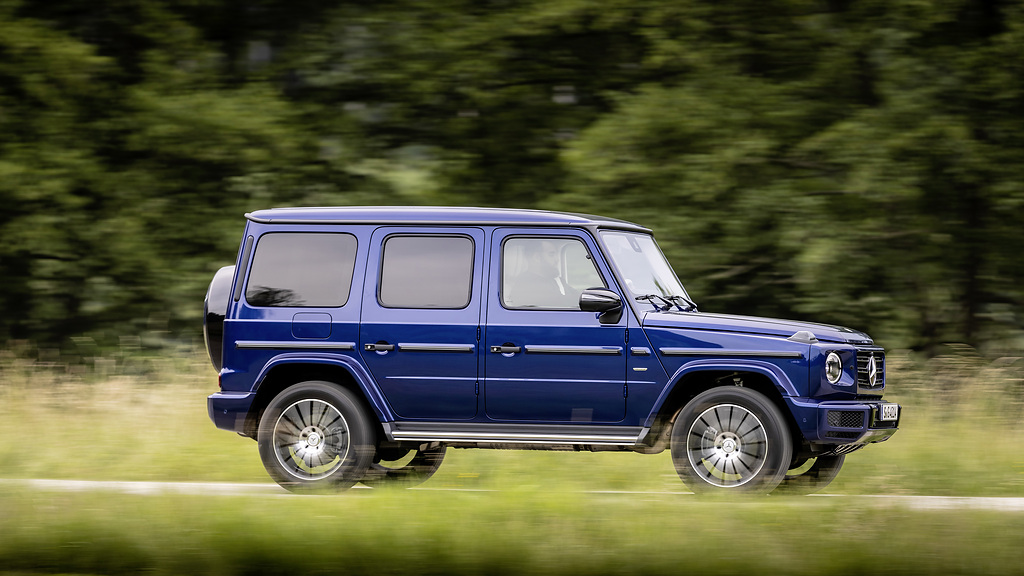 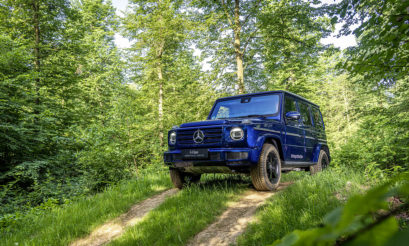 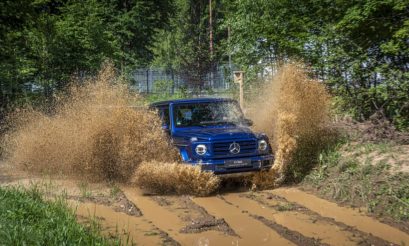 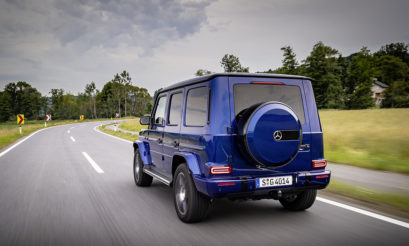 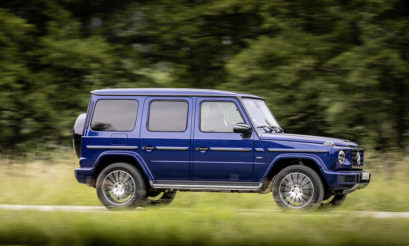 Merc’s latest diesel engine has liberated both car and driver; the G-Class is finally a long road contender.

Currently the heavyweight in Merc’s war chest – that isn’t a Unimog – while also holding firm its position as one of the most exclusive and jaw-dropping sights on our roads.

The G-Class, or Gelandewagen for the purists, has always been a bit of an outlier in Merç’s sleek and AI-filled portfolio: changing user-demands as well as tighter emission controls and safety standards have painted in the G-Class as its own island, with its own rules. Add to that  a pricetag that feels more Maybach than Merc and you’re left with a very unique collection, contradiction and celebration of ideas.

However the new G-Class, thanks to a number of incremental refinements and customisation options, is perhaps more comfortable in an urban environment than has ever been the case but you’re still reminded that there is an excessive range of abilities that stretch far beyond what life can throw your way. In that sense, the G-Class is almost tragically over-engineered, but that’s also its stubborn appeal.

For 2021 the G-Class was handed subtle tweaks and a G400d variant that helps to tone-down the package and instill some common, real 4×4íng, sense.

The connection to its military background is emphasized by this Emerald Green colour, making it seem like it’s about to receive its next top-secret mission orders. The flanks are defined by wide arches joined to a tall boxy body with not a lot of thought given to aerodynamics. Modern features like the intelligent headlights and puddle lamps are juxtaposed by some crude touches like the heavy door handles and rear-mounted wheel.  It’s a bold intimidating vehicle that has other motorists jumping out the way as soon as they catch sight of it in their rear-view mirror.

The package retains strong design tributes to its ancestors, my favourite being the raised indicators on the edges of front fenders; put there to help you guide the car through narrow spaces or keep the front axle on a fine line over a rocky section.

Thunk. That’s just the impregnable sound of the doors automatically locking once on the move, as if someone has closed the hatch on a submarine. Before that, however, you’ll most likely have needed to slam the heavy door twice or more before it closes properly… Hardly a premium first impression!

The G-Class still makes do Merc’s previous generation Command system which seemed adequate until I climbed into a Mercedes GLE a few days later, fitted with the new MBUX system. Mercedes Command is a fine enough system – and in the context of the car it’s in feels like a revelation – but lacks a lot of the complex voice commands, clearer graphics and gesture-controlled surfaces of the newer system.

Off-road buttons take pride of place (three differential settings are where most car designers put the air vents) and the flat vertical dashboard still feels as though it’s mounted directly to the car’s chassis. Money has been spent on the leather, stitching, the thousands of ambient light options and the Burmeister audio system, and of course its hand-built construction is Graz, Austria. But you don’t get USB C ports or wireless charging which hints at the package’s underlying age.

Previous G-Class stumbled around like they were drunk, a characteristic that was blamed on the old recirculating ball steering. Over the last five years, Merc has upgraded that to an additonal rack and pinion which brings more polite and compliant road manners. You sit high and upright and the short overhangs, high bonnet and myriad cameras, ensure the G-Class  isn’t the blunt wayward tool around town that one might assume.

The self-levelling air suspension works hard to push those square patches of rubber down onto the road, fighting physics, and a 2472kg kerb weight, and although it’s not positioned as a driver’s car, it’ll still do 0-100kph in 6.4 seconds and a top-speed of 210km/h.

The 3.0-litre straight six turbo diesel, with a linear curve of in torque through all 700Nm, is exactly what serious off-roaders look for in an engine – so as not to disturb traction at a crawling speed.  This is an engine that you’ll find (and want) in a E-Class and S-Class, so there’s no doubt that it’s been developed to deliver luxurious pulling power, with low noise and vibration. Fortunately the engineers haven’t sacrificed parts of its personality when placed in a tougher set of work boots.

This is a calm and evenly-tempered engine and in our opinion brings a lot of rationality to the package with fair fuel consumption (11l/100km on the open road) weighed up against more accessible day-to-day performance.

The reaction toward the G-Class hasn’t changed. Onlookers stop and stare in awe as it roars by and despite so many faster or modern vehicles at the price, that don’t command the same aspirational appeal and respect that the G-Class does. It might look one-dimensional at first glance but on the contrary the G-Class is a complex slab of machinery, suitable for a variety of people and tastes. Thanks to the addition of the G400d, it now plays to more of its actual strengths, more of the time. 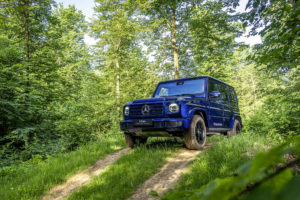 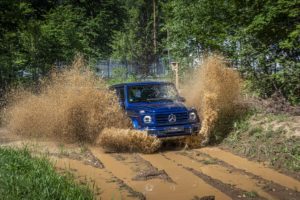 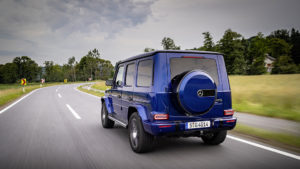 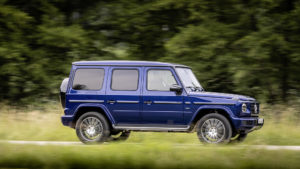