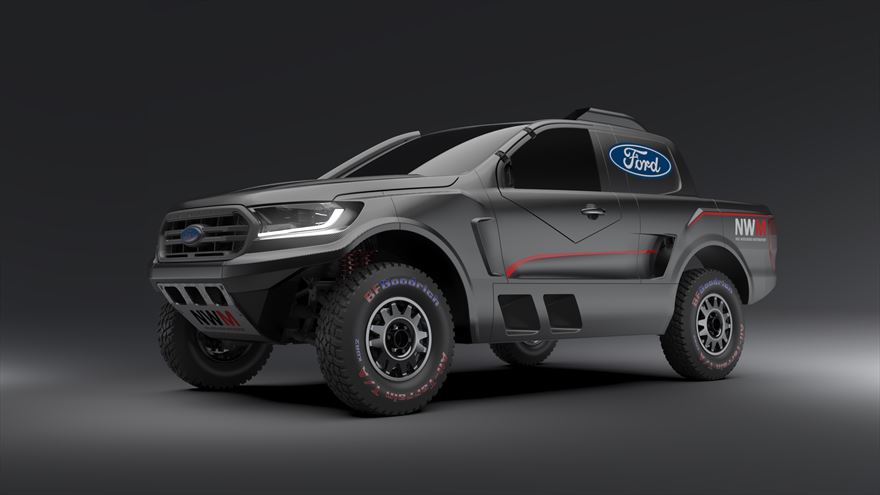 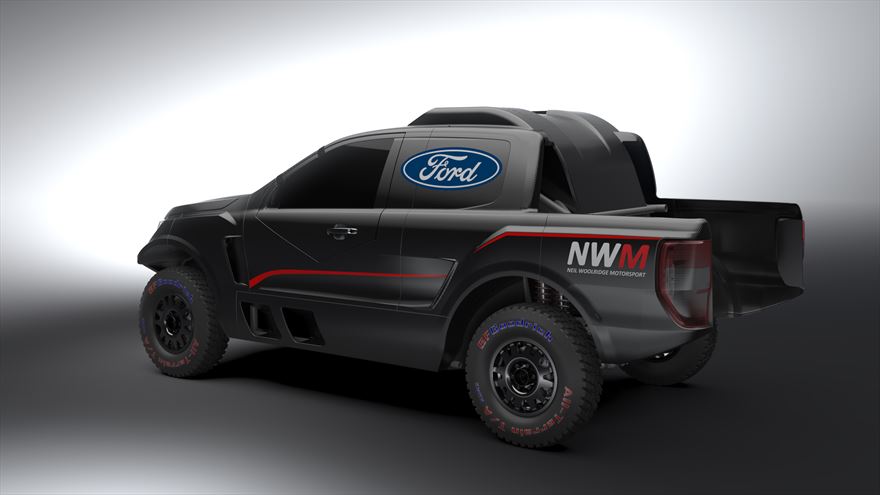 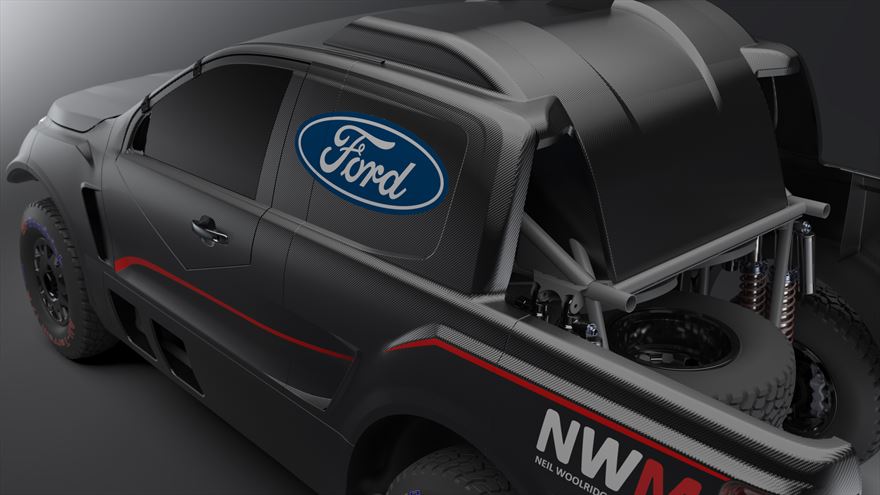 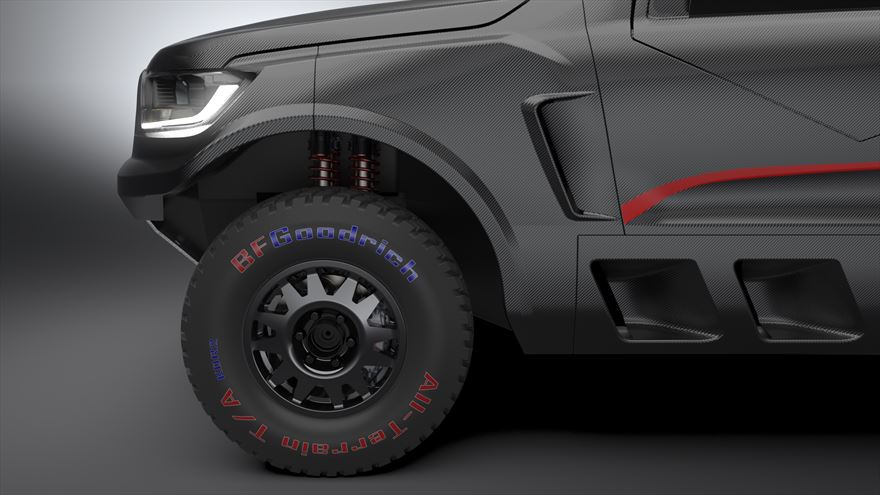 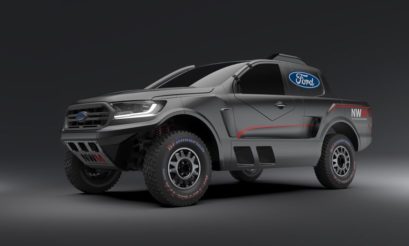 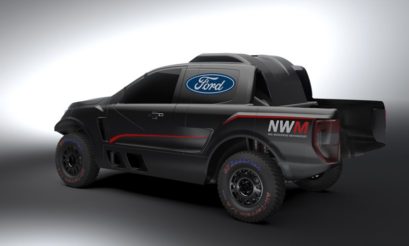 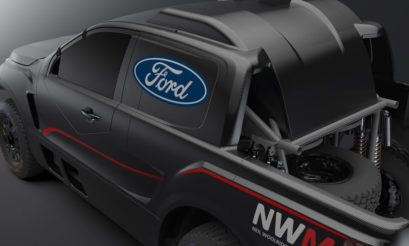 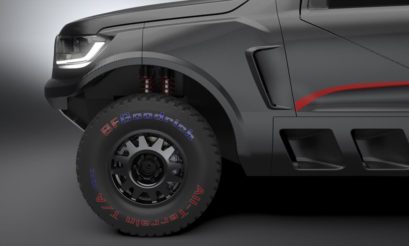 The Ford Castrol Cross Country Team is stepping up to the premier class in the Production Vehicle category of the South African Cross Country Series (SACCS) for 2020.

The team, which is run by Neil Woolridge Motorsport (NWM), is set to debut a completely new FIA-class Ford Ranger during the season, powered by an advanced twin-turbocharged petrol engine – a ground-breaking, world-first for this category of motorsport.

As the Class T champions in 2018 and 2019, the Ford Castrol NWM squad has dominated this segment of the SACCS Production Vehicle championship. But it is now taking aim at the top-tier cross country category which caters for the latest and most sophisticated vehicles, as raced in the Dakar Rally and the FIA World Cup for Cross Country Rallies.

“Having enjoyed great success in Class T over the last two years, it’s time for us to take on a new challenge in the FIA-class which has grown rapidly to become the most popular and competitive field in the South African championship, and in international cross country racing,” says Neil Woolridge, team principal of NWM. “This has given us the opportunity to design and develop an all-new Ranger to compete with the best in the world.”

In place of the tried and trusted naturally aspirated 5.0-litre V8 derived from the Ford Mustang, which has powered the team to consecutive cross country titles in South Africa and Brazil over the past two years, the latest-generation Ranger will feature the exceptional 3.5-litre V6 EcoBoost twin-turbocharged engine used in the mighty Ford F-150 Raptor high-performance off-road pickup and the Ford GT supercar.

The FIA has confirmed that Ford and Neil Woolridge Motorsport will be the first in the world to enter cross country racing in its current form with a turbocharged petrol engine.

“The introduction of turbo petrol engines by the FIA represents an exciting new era for the sport, and for Ford and NWM to be at the forefront of this development is a great accolade,” Woolridge adds. “We are proud to be pioneering the development of this technology and setting an entirely new benchmark for the global cross country racing fraternity to follow. It also reinforces the great relationship between Ford and NWM spanning 23 years, and reaffirms South Africa as a leader in designing and manufacturing world-class cross country racing vehicles.”

“We will have the advantage of developing the new car throughout this year, so that we are perfectly placed to challenge for the FIA-class title in 2021,” Woolridge states. “For our international customers, it means that they will soon also have access to the state-of-the-art design, technology and performance that new Ranger will offer.”

Compared to the existing layout, the compact yet powerful V6 engine will be located further back in the chassis in a mid-mounted position for optimal weight distribution. It uses a twin air filter and dual intercooler design that is compact and mounted close to the engine for maximum efficiency, and relies on MOTEC electronic management for the advanced electronics and fuelling. A purpose-built fuel cell produced by Aerotec Laboratories in the UK is capable of carrying up to 480 litres for long cross country events, while offering the most advanced levels of safety.

Power is transmitted to all four wheels via the latest-generation SADEV SC924 Evo gearbox that is far more compact and 10kg lighter than the current unit. Lighter front and rear differentials are matched to symmetrical driveshafts and propshafts that reduce the complexity and time required to replace units during the race or at the scheduled service stops. SADEV also supplies the specialised steering rack developed for the rigours of off-road racing.

Under the skin, the new wider chassis design enhances the Ranger’s capabilities in the most punishing racing conditions. It employs the latest damper technology from BOS Suspension, with dual high-performance BOS dampers on all four corners delivering an impressive 280mm wheel travel for the fully independent front and rear suspension – the latter replacing the solid rear axle configuration used in Class T.

Braking performance is even more critical in the faster FIA-class, so the new Ranger boasts top-spec air-cooled Brembo six-piston callipers up front and water-cooled six-pot callipers at the rear. The move to the premier class will also see the team relying on Dakar Rally-winning BF Goodrich KDR2+ tyres that are used by the top teams in cross country racing around the world.

“As the new regulations were still being finalised at the beginning of this year, we will only debut our first all-new EcoBoost-powered Ranger at the second or third race of the 2020 SACCS season,” Woolridge explains. “We are planning to have a full line-up with three new vehicles ready by mid-year, in time for the Botswana Desert Race at the end of June.” 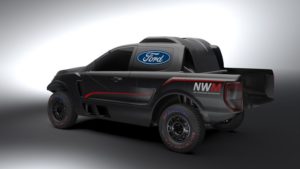 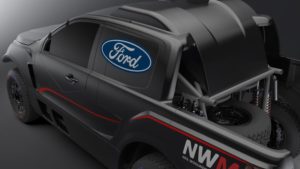 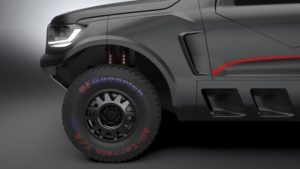