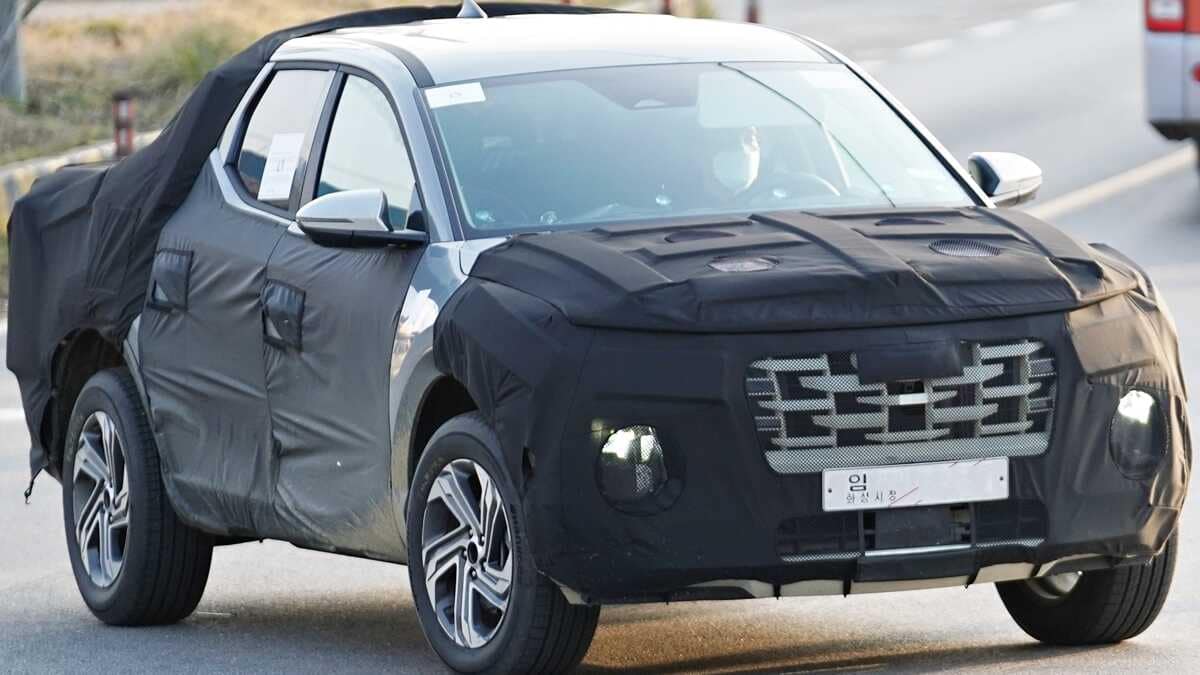 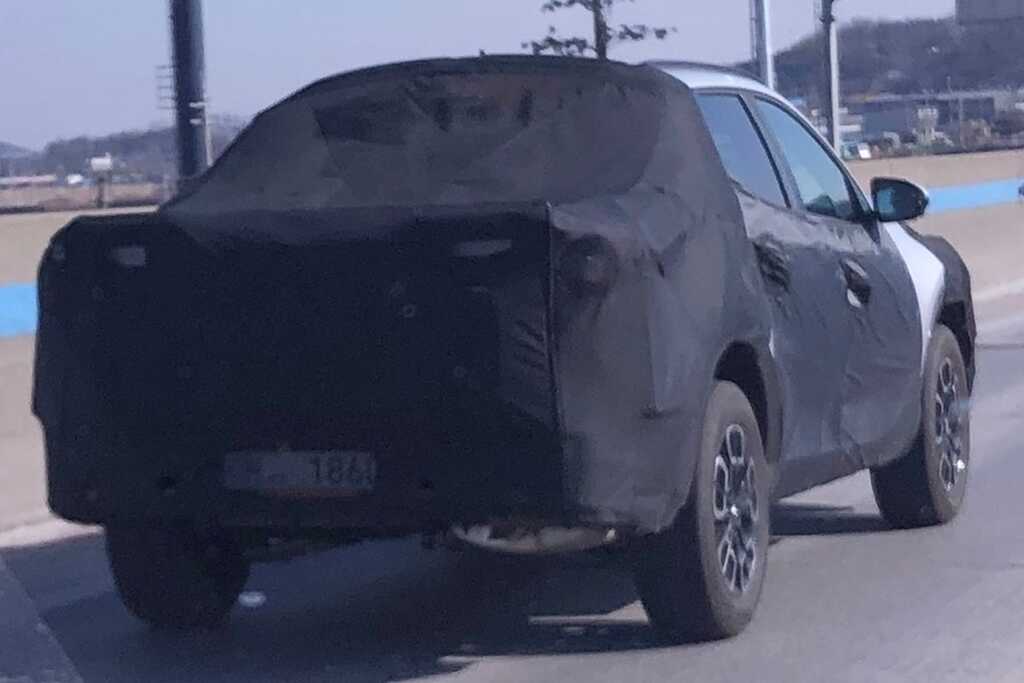 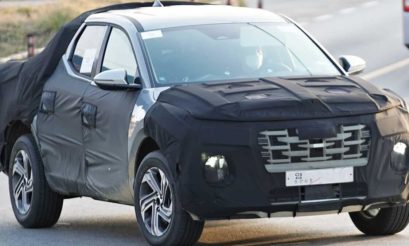 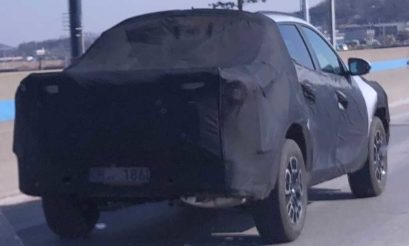 Hyundai is currently hard at work on two very important models for the local market – the all-new Tucson and the bakkie that will seemingly be based on it.

We’ve seen the Santa Cruz concept vehicle before, but this is the first time a test mule has been spied in the flesh.

We’ve been under the impression that the Santa Cruz will be Santa Fe-based, but the size leads us to believe that it will rather be based on the new Tucson. It would make more sense for them to be developed side-by-side…

Apart from this most recent spy shot, courtesy of IndianAutosBlog, there isn’t any other information available.

Rumours suggest is will be offered in various body styles, including double cab and extended cab. The engine mentioned most frequently is a 2.5-litre turbocharged four-cylinder petrol engine, mated to an eight-speed dual-clutch gearbox.

This new model will be built in the USA, which means there is a possibility it will be left-hand drive only.

It would be a pity because we firmly believe there is a market for a leisure double cab that doesn’t use a ladder frame setup.

Without a transfer case and a simple all-wheel-drive setup, it might just be enough bakkie for a large chunk of the car-buying population. 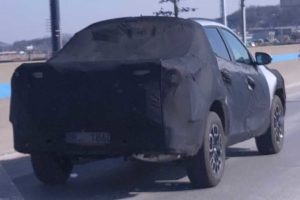