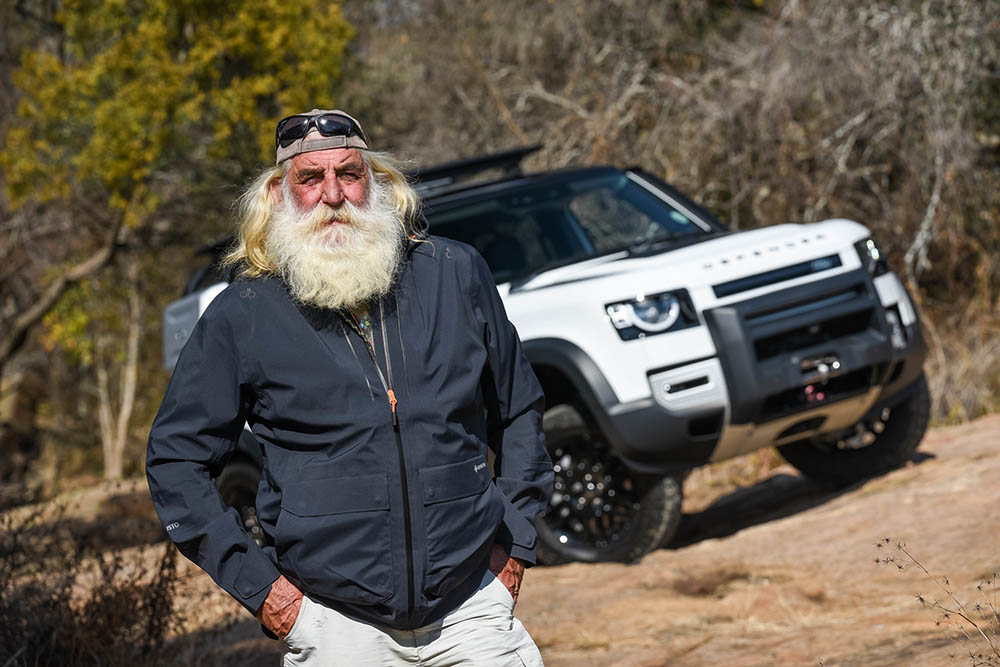 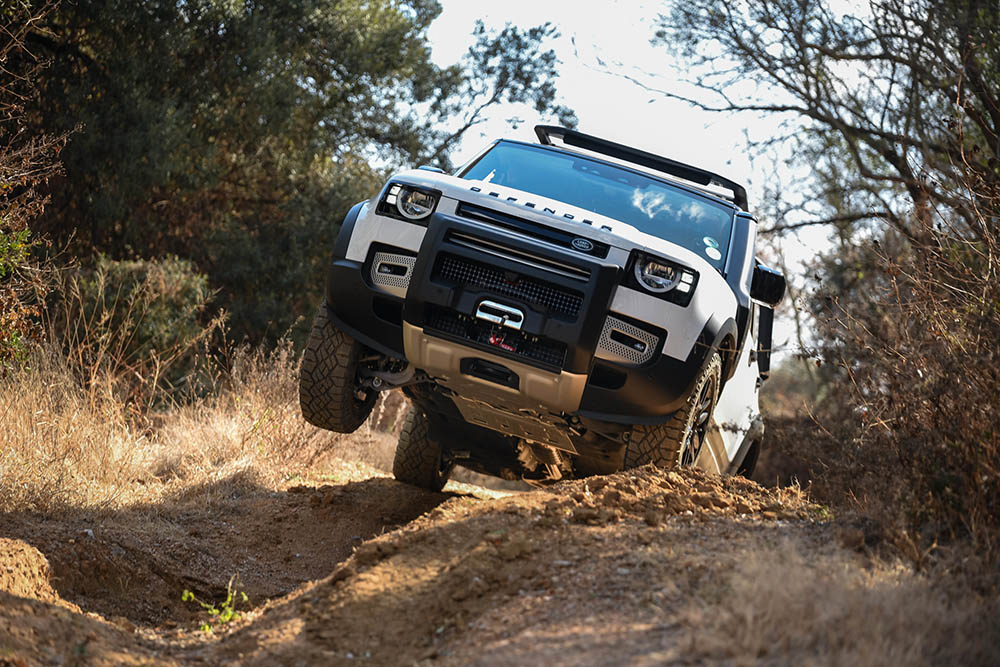 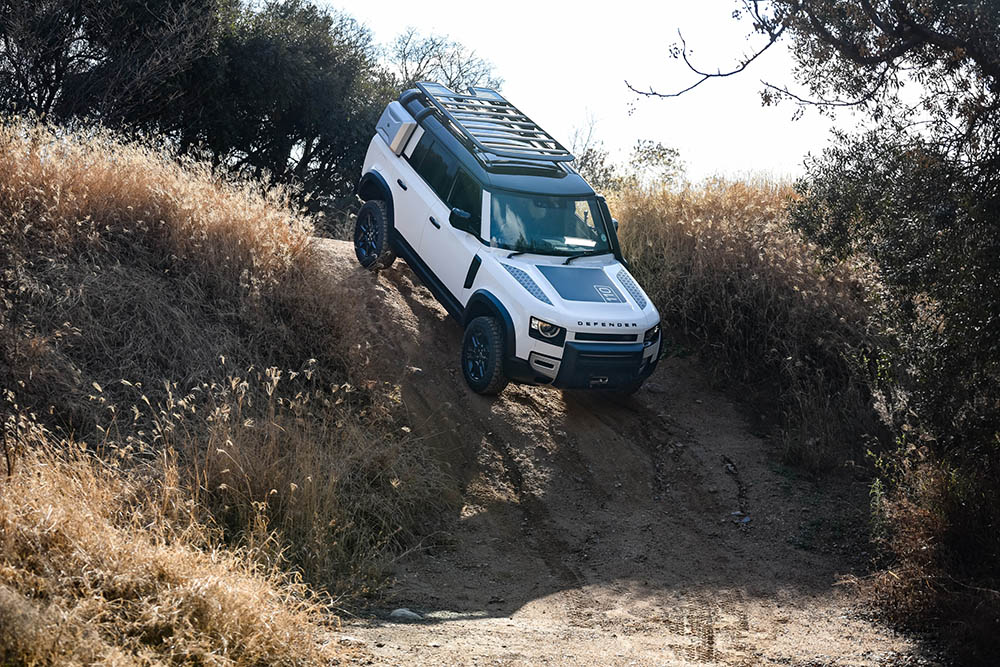 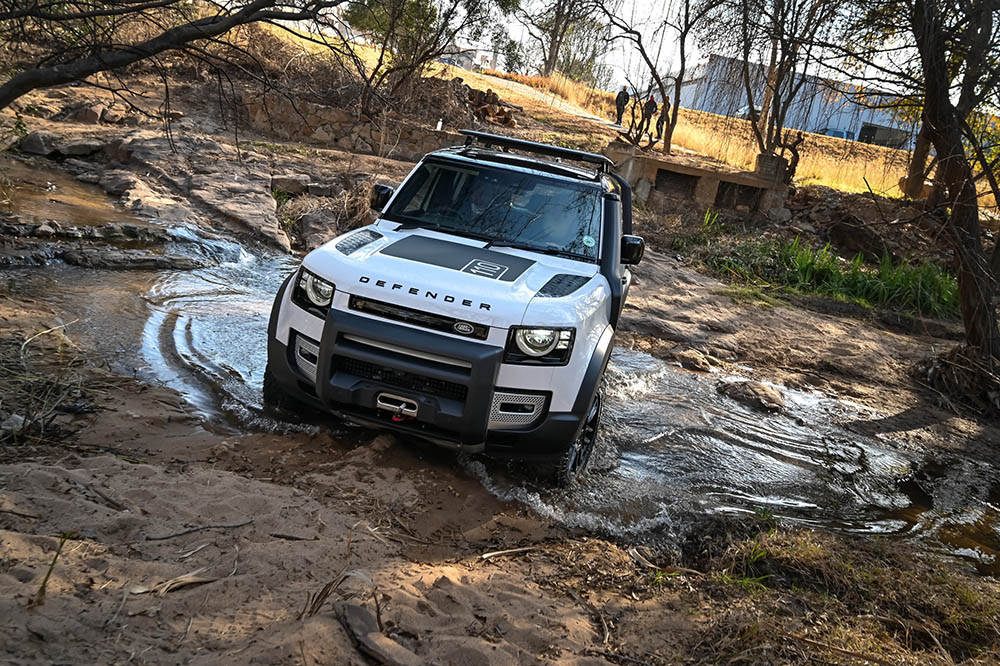 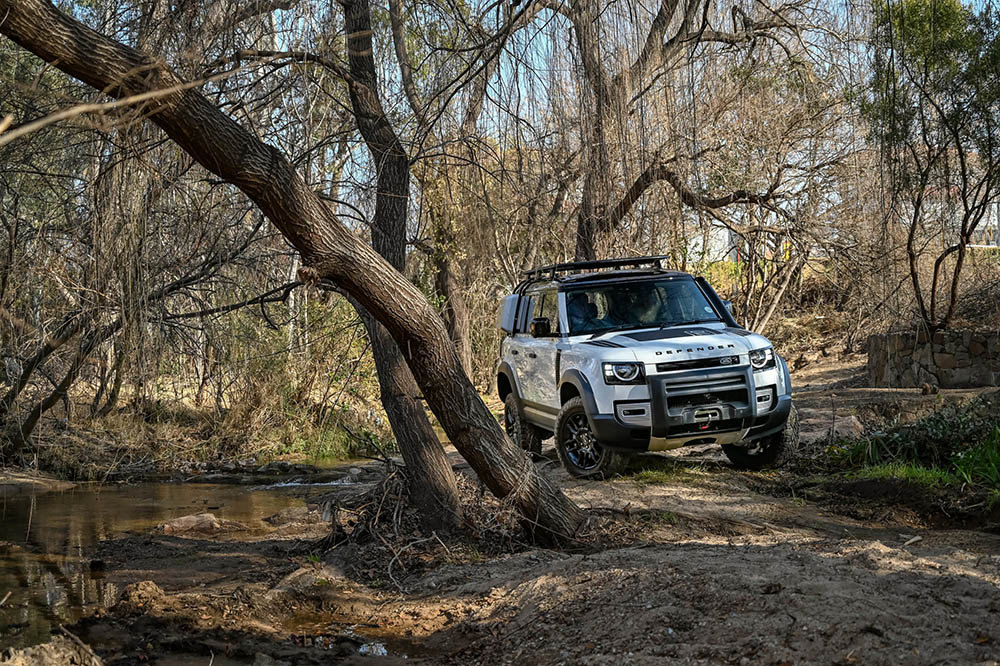 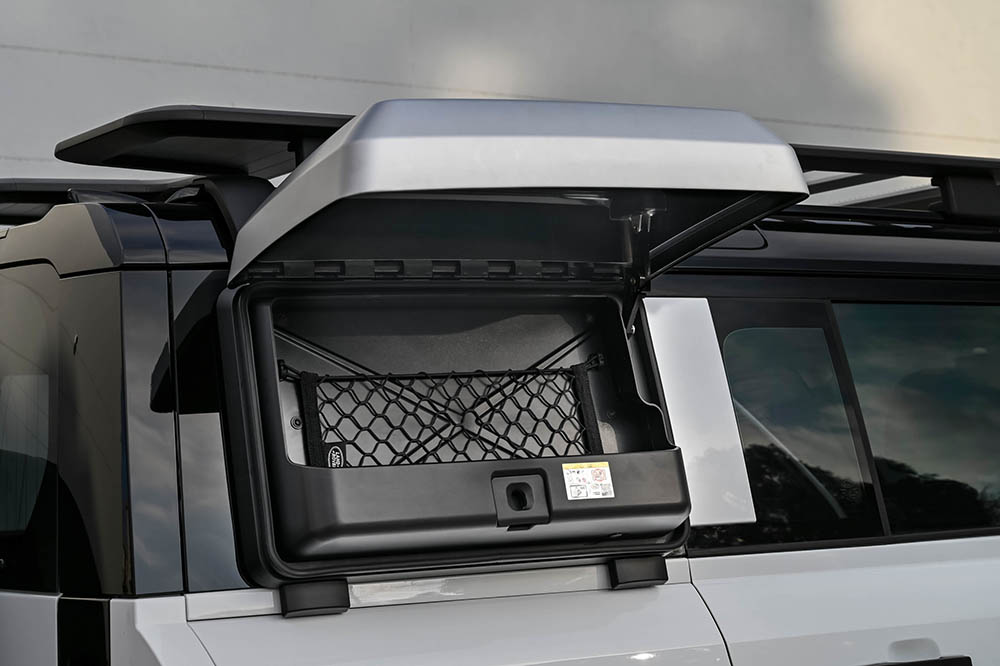 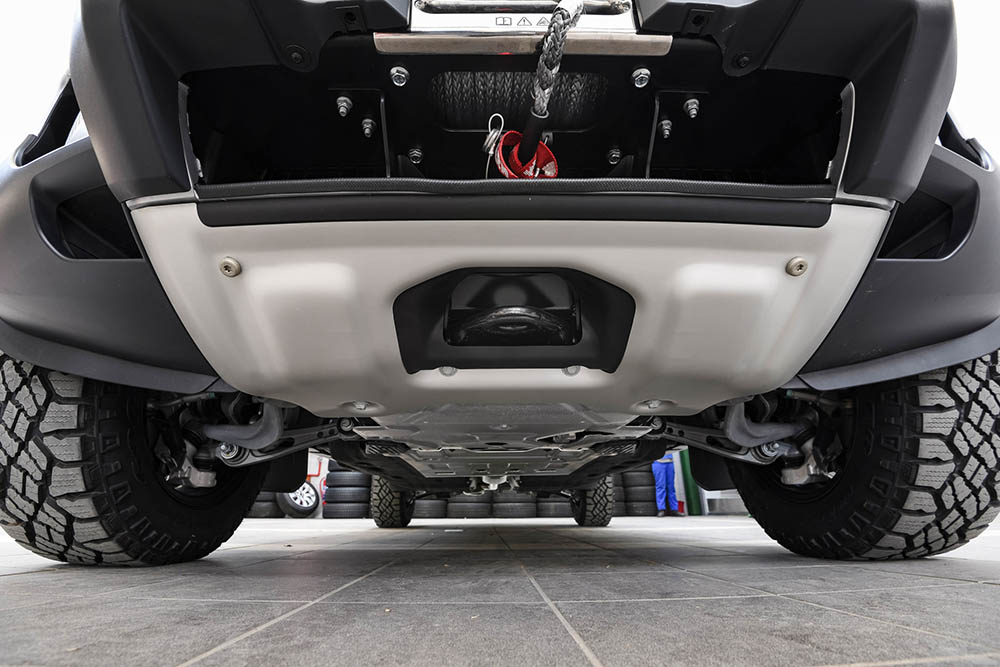 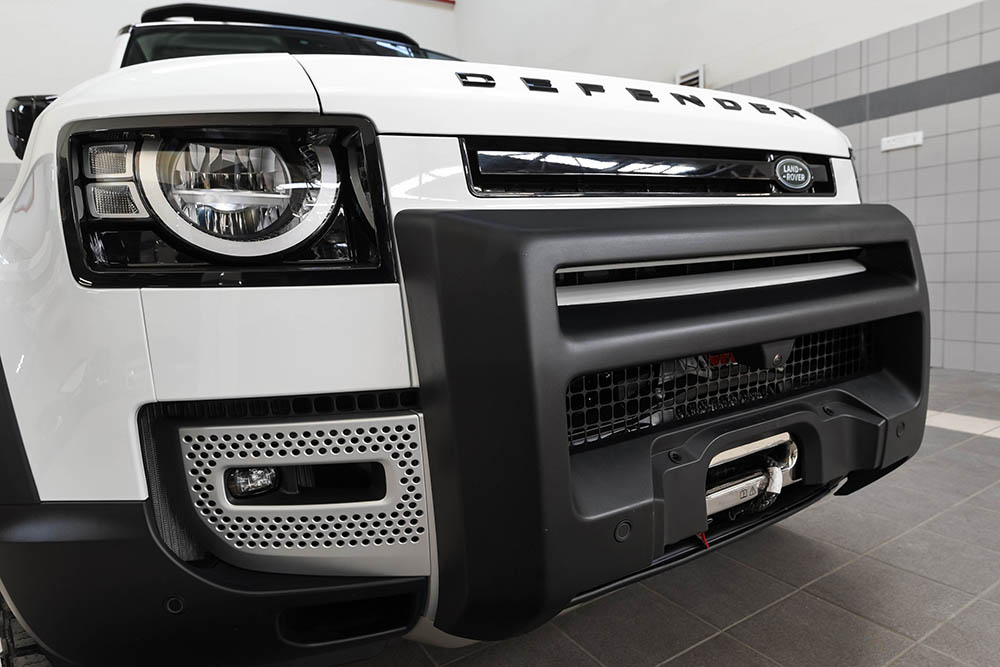 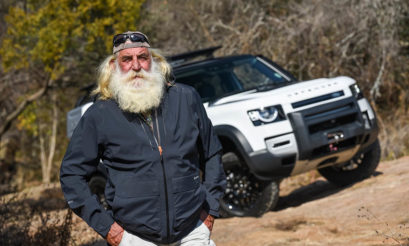 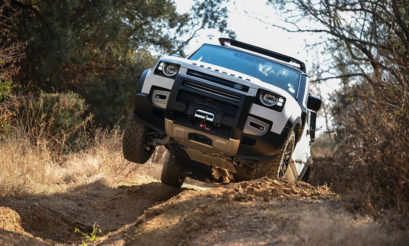 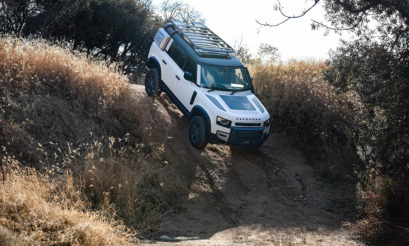 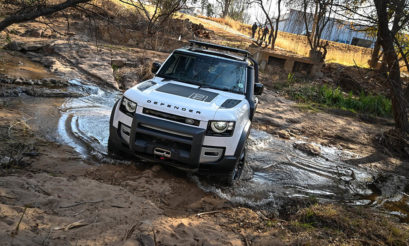 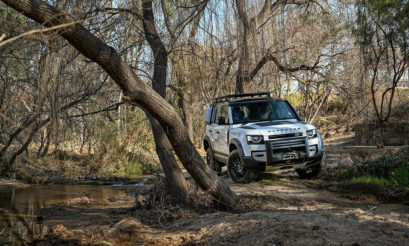 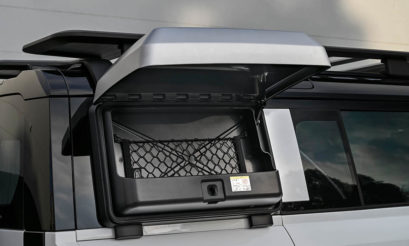 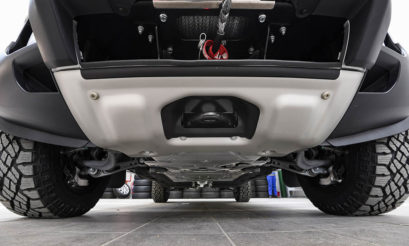 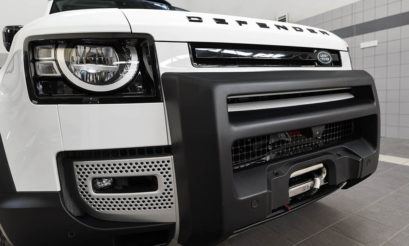 After three years and more than 250 000 km, humanitarian adventurers Kingsley and Ross Holgate have retired their well-travelled Land Rover Discoveries and moved into two new Defenders. Since the early 1990s the father and son duo have used various Land Rover vehicles, including 15 previous generation Defenders, to deliver aid to those in need in every country on the African continent and beyond. Land Rover’s off-road expertise has helped the Holgate Foundation conquer Africa’s most grueling geographies in efforts to improve lives in some extremely hard-to-reach places, and now a new chapter begins with the new Land Rover Defender.

So, which Defenders did they get?

The two new expedition vehicles are based on Defender P400 S models, which use 3.0-litre straight six-cylinder turbocharged petrol engines and efficient Mild Hybrid Electric Vehicle (MHEV) technology to provide maximum outputs of 294 kW and 550 Nm. A Belt-Integrated Starter Generator (BiSG) harvests energy while driving and sends it to a 48V battery, which can be redeployed as torque (up to 142 Nm) when accelerating. The system also makes use of a 7 kW electric supercharger – also powered by the 48V battery storage – to increase air pressure within the turbocharger in order to reduce turbo lag at engine speeds up to 2 000 rpm.

The P400’s MHEV system helps to achieve an average fuel consumption as low as 9.9 l/100 km, which will be especially valuable as the Holgates often need to cover extremely long distances between refuelling stops while on expeditions. As a rule of thumb, Kingsley and Ross like to have enough fuel within their convoys to cover at least 1 000 km between stops. The efficiency offered by the Defender P400 will help to reduce externally stored petrol on journeys.

They aren’t exactly stock standard, are they?

Land Rover South Africa’s technical team have created the two most capable expeditions vehicles ever available to the Holgate Foundation by adding a number of Land Rover-approved accessories – which are all available to South African customers. The team started with the fitment of Explorer Packs – one of four Accessory Packs available for customisation – which transforms the Defender into an even more capable overland vehicle suited to crossing Africa’s harshest landscapes.

Expedition Leader Ross Holgate said: ‘The development phase of our new expedition vehicles was very exciting. We were like kids in a candy store, and it’s been fun being able to choose from a catalogue of vital parts offered directly from Land Rover. ‘A sturdy roof rack is extremely valuable when it comes to hauling the extra gear we need for safe travel in some seriously inhospitable places. Spare wheels, fuel, food, sand ladders and even some of our humanitarian aid such as mosquito nets, water-purifying LifeStraws and much needed spectacles can all go up top.

‘A raised intake is ideal in dusty locations to ensure the engine breathes clean air, and even the black bonnet decal will be useful for reducing glare under the glaring African sun. We’re still deciding what we’ll keep in the side gear carrier, but I’m sure we’ll find a handy use for it. Extra storage space is always welcome on expedition!’

In addition to the Explorer Packs a number of other accessories have been added. Deployable roof ladders will make accessing items stowed on the roof easier, 5 mm-thick undershield protection will keep engines safe when crossing rocky terrain and integrated air compressors can inflate and deflate tyres, air mattresses and other items to pre-set defined pressures.

Manufactured by Warn but available as an approved Land Rover accessory, a powerful winch is crucial in the environments the Holgates will cover on expedition. This winch comes with wireless remote control allowing safe operation away from the vehicle. The Zeon Platinum 10-S has a pre-set maximum pull force of 4 536 kg and is supplied with 24 metres of 3/8 Spydura synthetic rope.

Are some of those parts custom made?

Normally reserved for fitment on the range-topping Defender X model only, Land Rover South Africa made a set of heavy-duty rear-mounted recovery hooks available as a special custom addition to the Holgates’ two Defenders. On expeditions the Holgates often find themselves lending helping hands to various NGO partners and local travellers who get stuck in tricky conditions, so having access to these strong pulling points at the rears of the vehicles will be helpful to extract other vehicles.

Kingsley Holgate said: ‘Land Rover has been part of our family for nearly 50 years, and the Defender name in particular is dear to us. We’ve used previous Defenders to improve and save the lives of millions in parts of Africa which are extremely hard to reach.

‘With Defenders we have traced the outline of Africa on our Outside Edge Expedition, discovered the continent’s geographical centre point during Heart of Africa, and even circumnavigated the globe along the Tropic of Capricorn for 18 months on our Following the Invisible Line mission.

‘I’m overwhelmed with the New Defender. Its presence is so strong, so tough. We are eagerly waiting to put the most capable Land Rover ever created to the test on upcoming humanitarian adventures in Africa and possibly even beyond.

These are also the most technologically advanced vehicles we’ve ever used and features such as configurable Terrain Response 2 will be useful in Africa. Now we can preset preferred parameters for varying terrains before we reach them so we can quickly adapt drive modes on the fly. I’m particularly excited about the digital rear view mirror, as we’re often loaded from floor to ceiling with malaria nets and other aid. A flick of the switch and we’ll have clear view behind us.

Where to next for the Holgates?

‘We’re studying maps and working on an incredible world-first expedition with which we’ll continue our work, but we’ll reveal these plans at a later stage. In the meantime, as many African borders are closed under Covid-19 lockdown measures, we’ll start using the New Defenders for some much-needed efforts to supply food, soap and masks to communities at home.’ 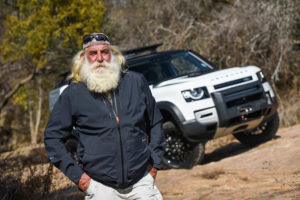 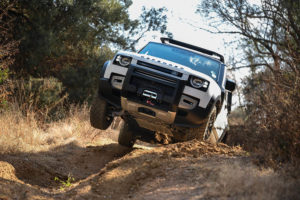 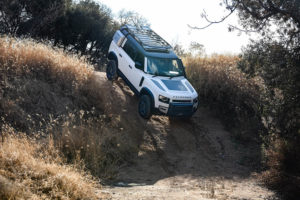 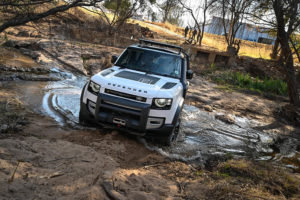 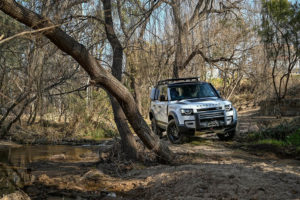 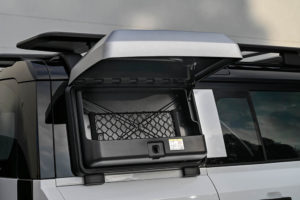 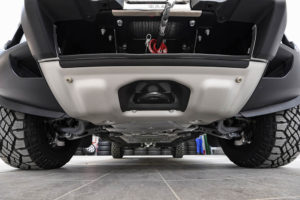 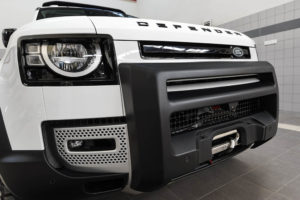