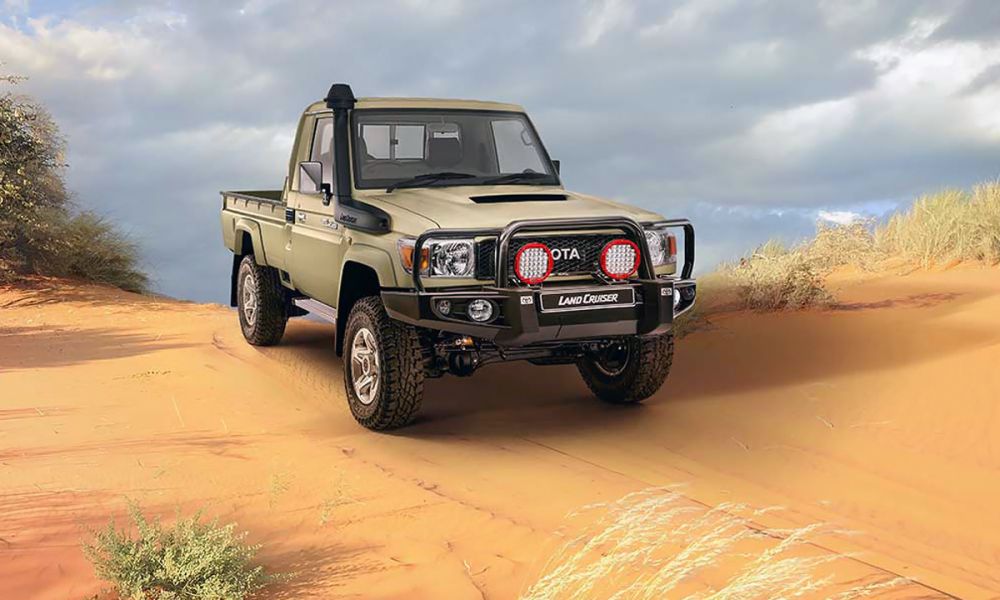 A few months ago Toyota introduced the Land Cruiser double cab in Namib specification. You can read all about that model by following the link below:

The single cab Namib is equipped with the now-famous 4.5-litre V8 turbodiesel mated to a five-speed manual transmission, delivering 151kW and 430Nm of torque to a selectable four-wheel drive system. It also has low range and locking differentials front and rear.

On the inside you get special seat covers with Namib logos and a roof console with storage space for radios.