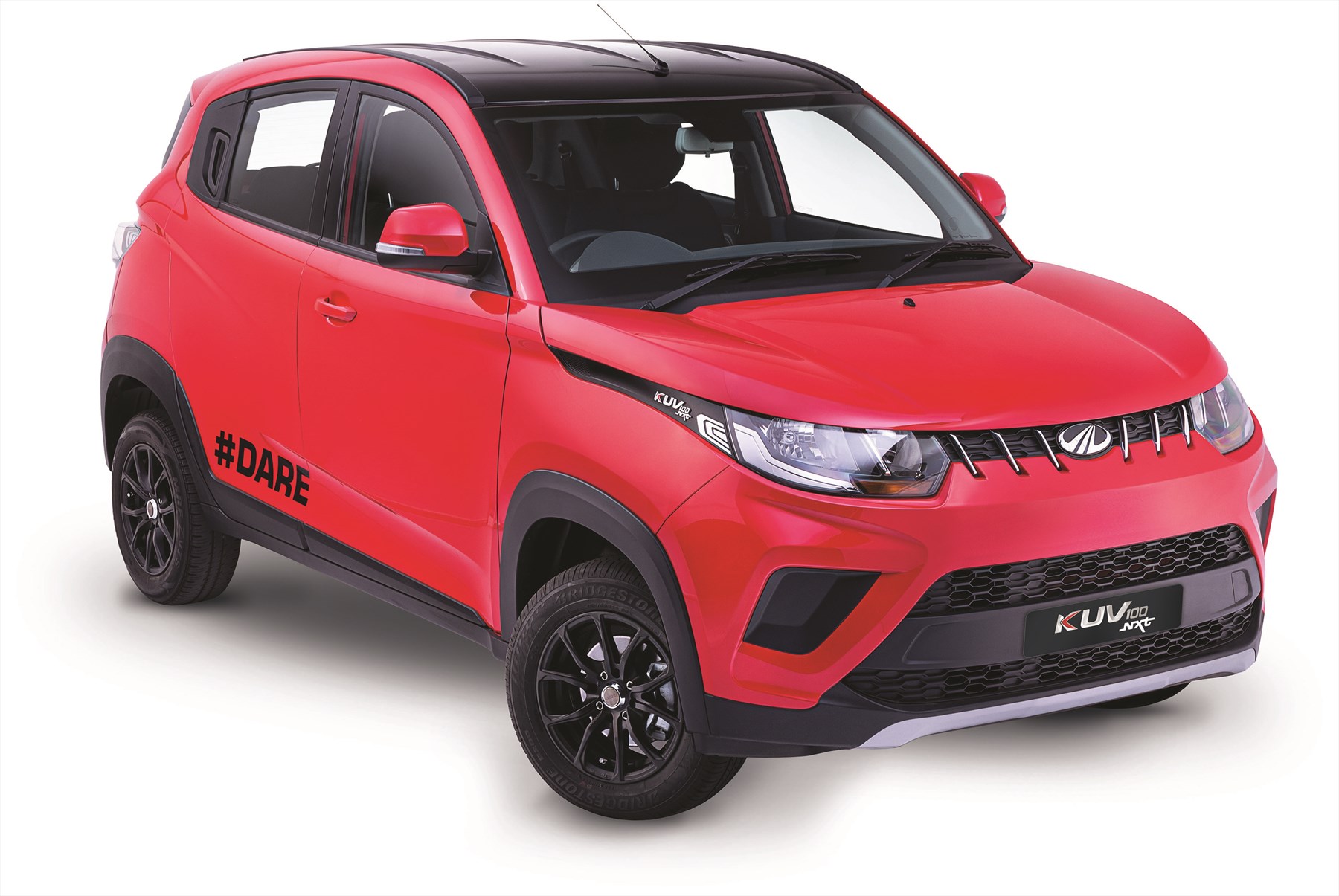 The Mahindra KUV100 K6+ #DARE has joined its K2+ #DARE sibling and is now available at dealers across South Africa.

Mahindra first announced in January that it was growing the #DARE range, following the success of the K2+ #DARE and the successful inauguration of its Special Fitment Centre in Gauteng. The #DARE range is created at this fitment centre, alongside models such as the newly introduced S11 Pik Up Karoo AT.

“The KUV100 NXT is one of our most popular model ranges, thanks to its combination of low fuel consumption, industry-leading safety and SUV styling,” says Rajesh Gupta, CEO of Mahindra South Africa.

“With the #DARE, we have injected extra style and specification, while keeping the price as affordable as possible. It is no wonder then that our first consignment of K2+ #DARE models sold out so quickly.”

Mahindra has decided to make the #DARE a permanent addition to the Mahindra range and, with the introduction of the K6+ #DARE, it now has two specification levels on offer.

The K6+ #DARE will slot in between the K6+ and K8 models and will be immediately identifiable thanks to the black detailing and #DARE decals. The detailing includes a new black roof and darkened 15” alloy wheels.

Inside, Mahindra has added branded carpets to the list of standard equipment, which already includes air conditioning, electric windows, speed-sensing door locks and a seven-inch full-colour entertainment system with Bluetooth and USB connectivity.

Like all other models in the range, the KUV100 K6+ #DARE has ABS brakes with emergency brake assistance and two airbags. The KUV100 NXT remains one of the safest vehicles in its class and boasts a five-star crash test rating from India’s authoritative BNCAP Safety Assessment Programme.