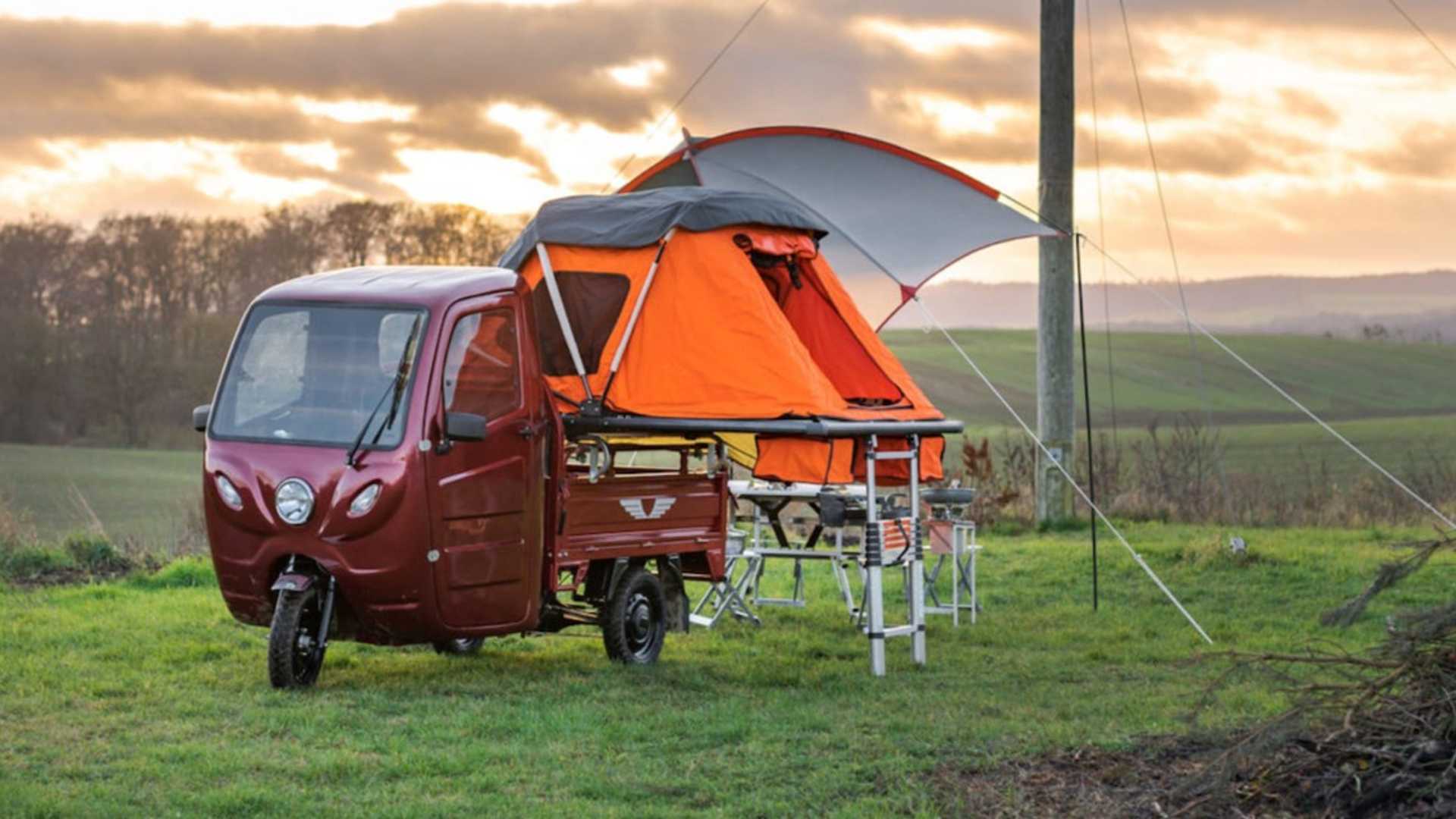 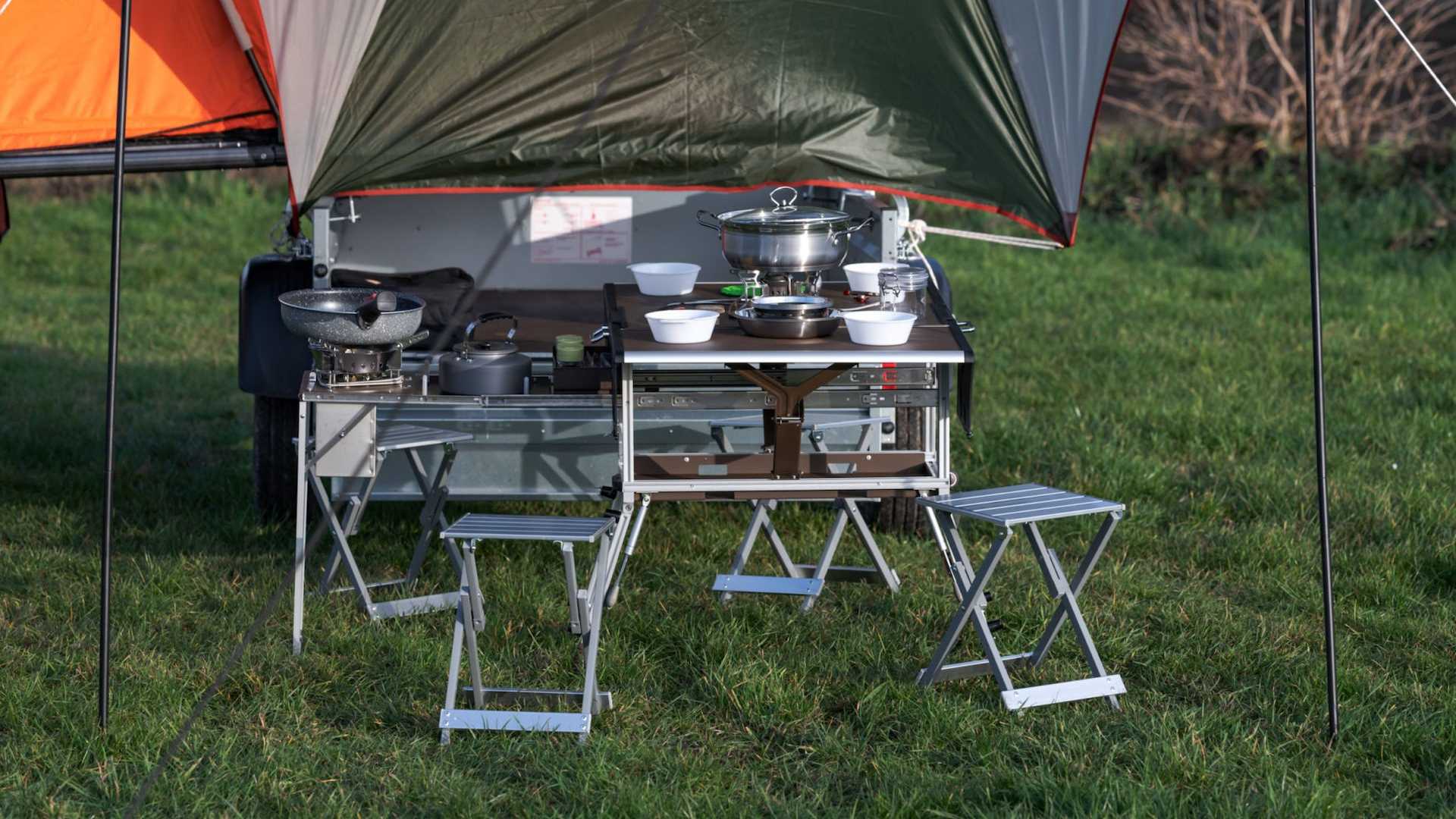 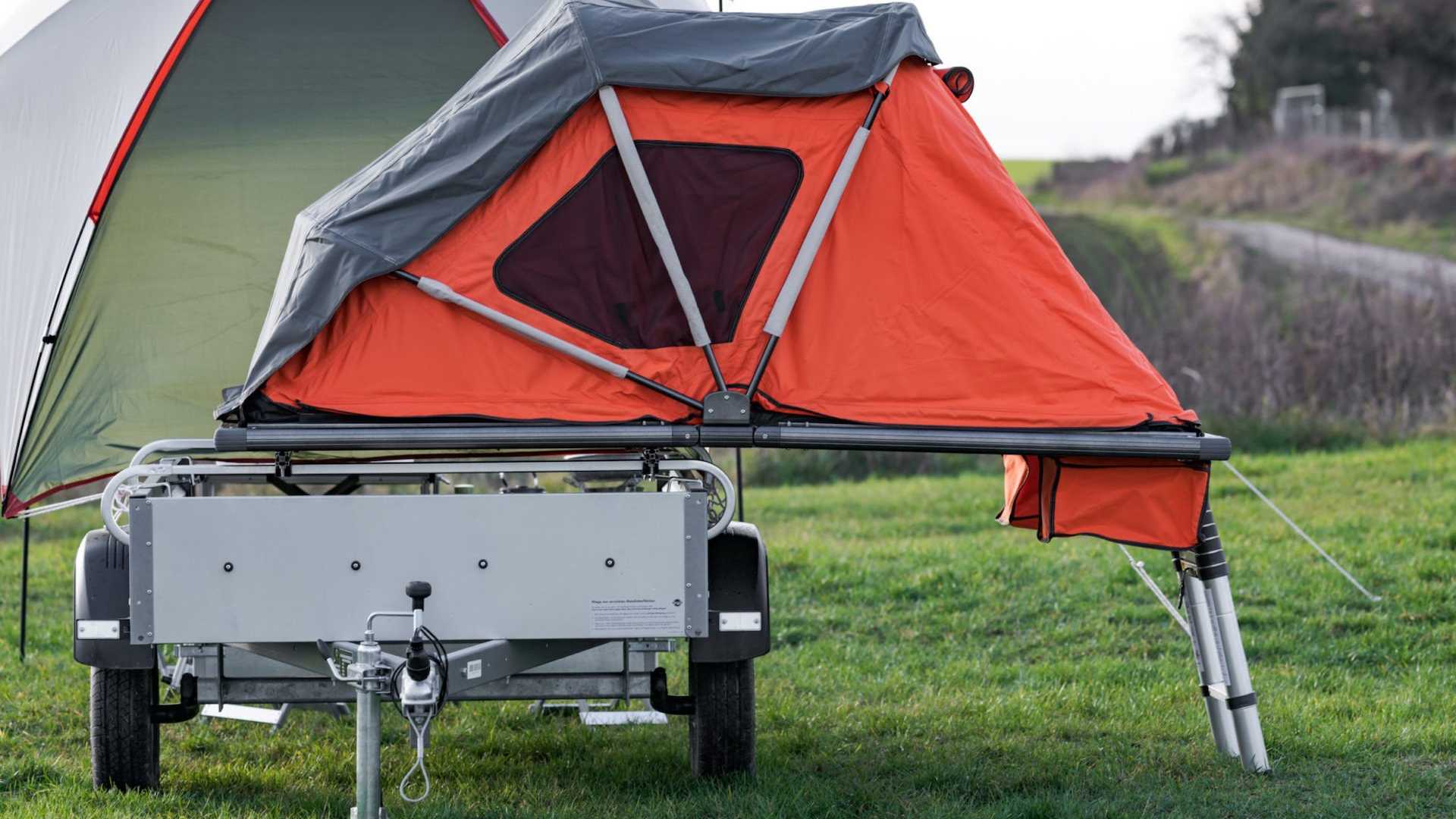 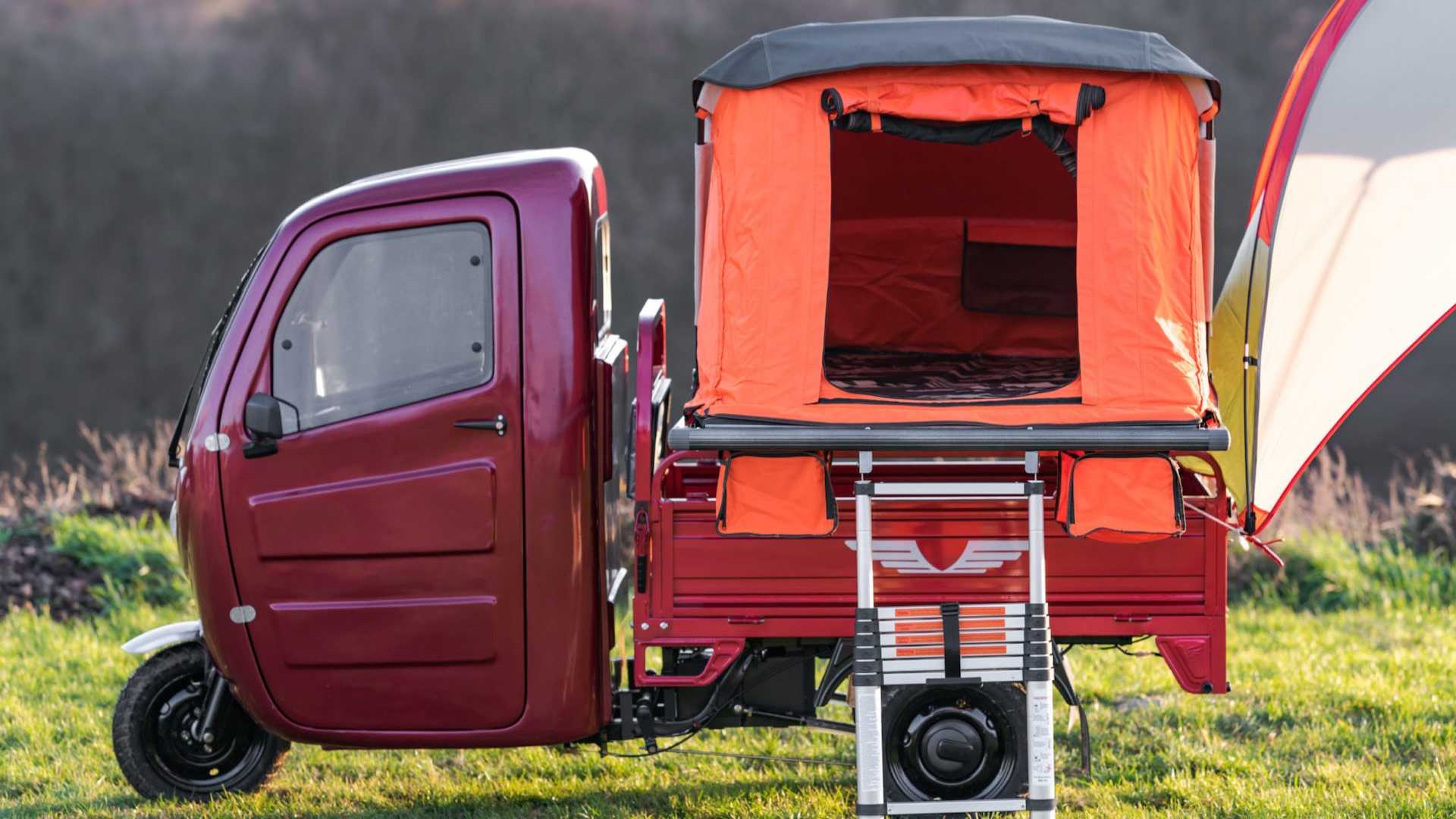 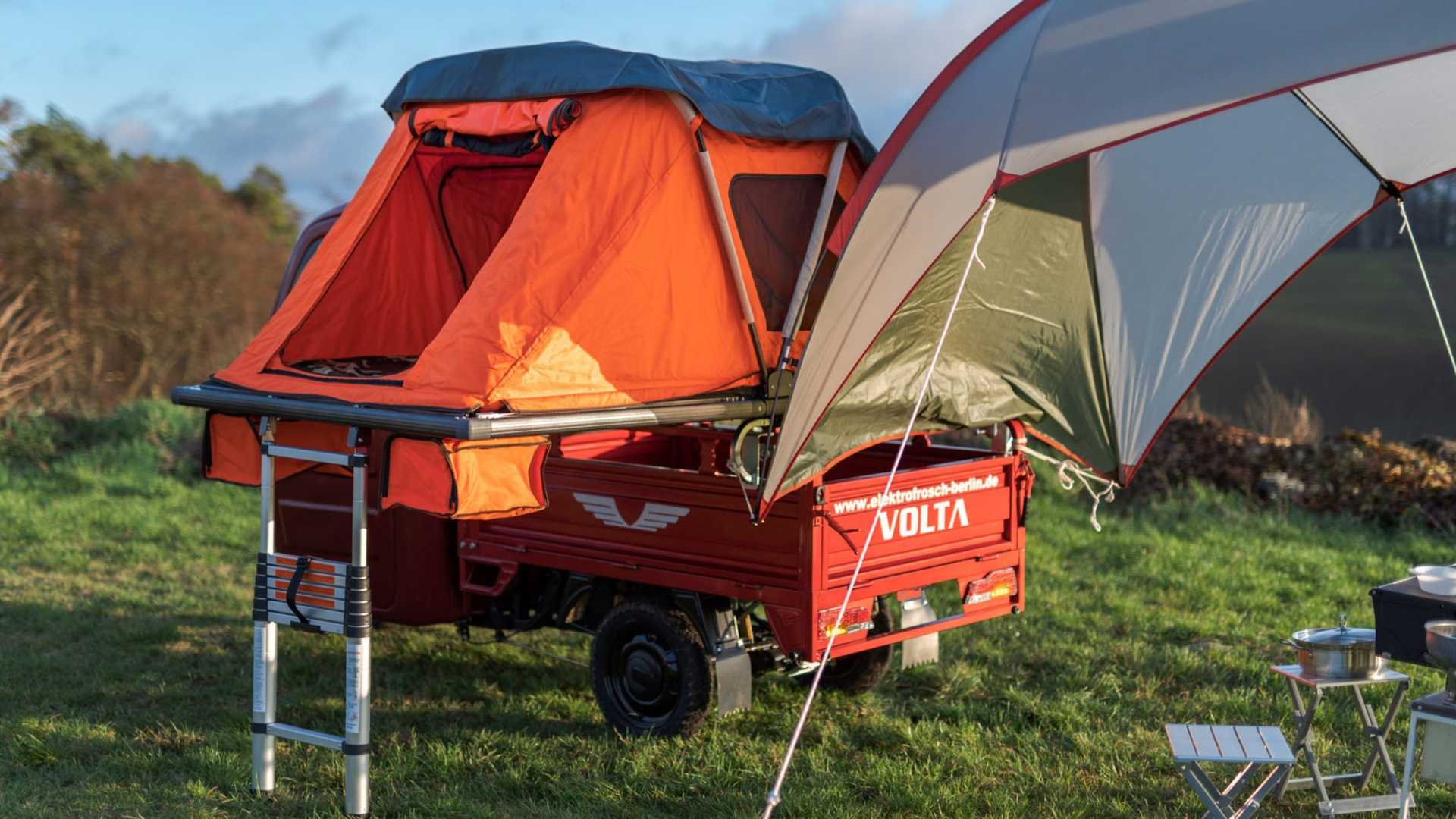 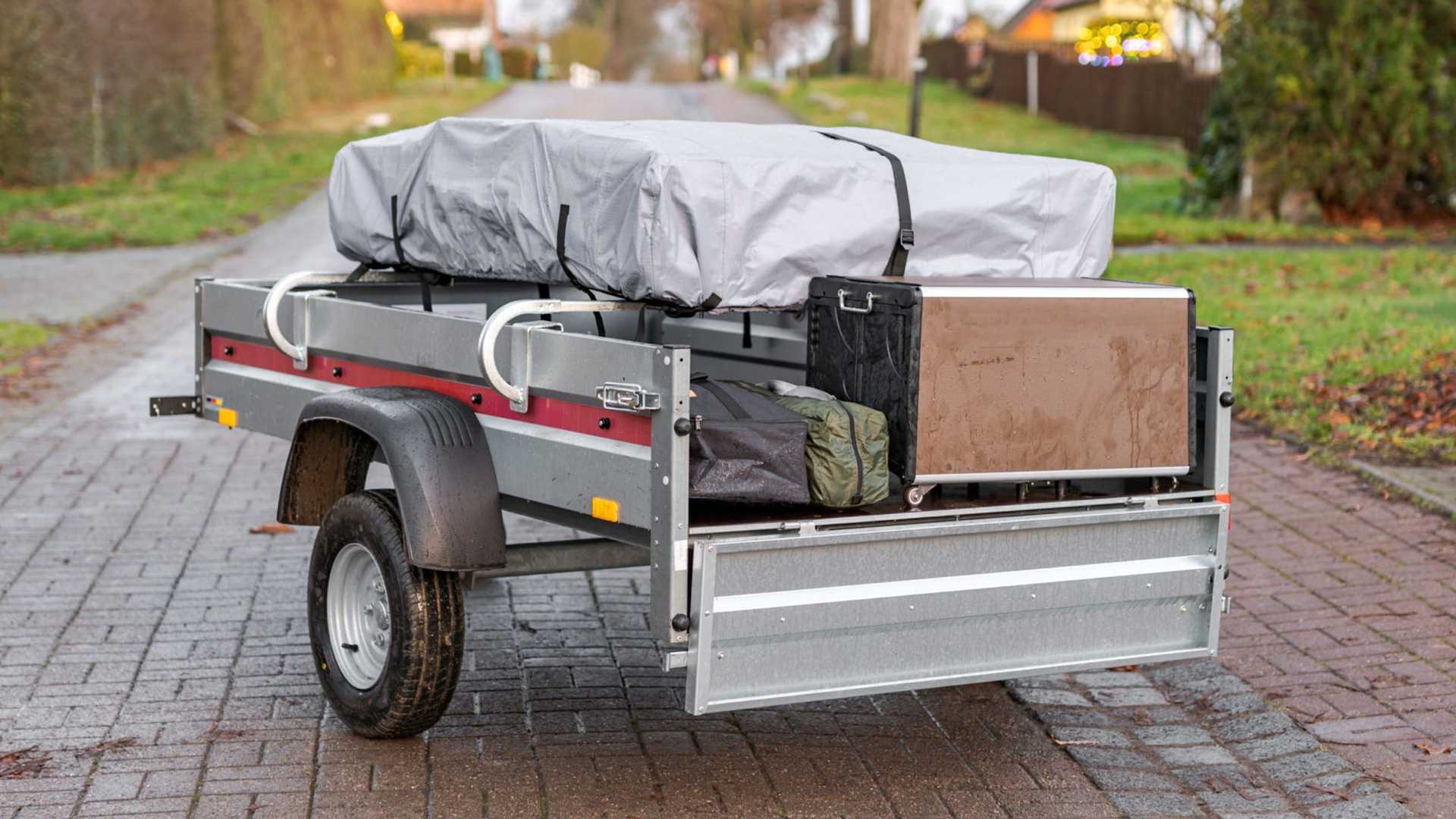 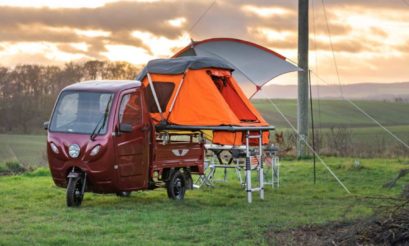 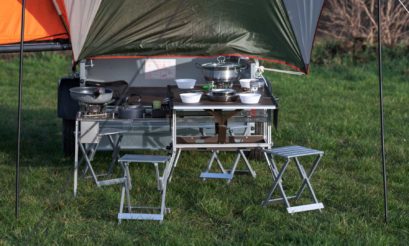 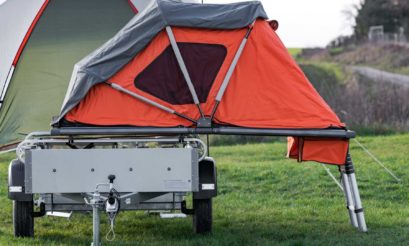 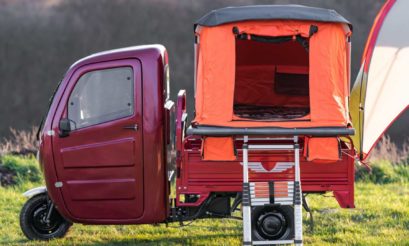 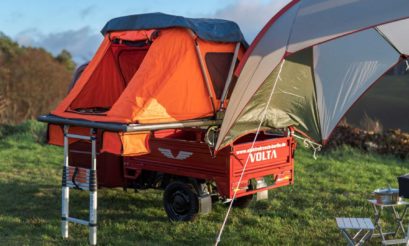 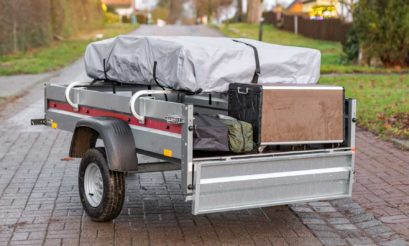 Want to go camping close to home, but don’t want to leave a big environmental footprint?

Well, have we got news for you. Meet the Elektro Frosch Camper Scooter, made in Germany. The name translates to Electric Frog and you can kind of see why.

It weighs in at just 240kg and includes everything two people might need on a weekend away.

Standard features include a two-person roof-top tent, collapsible shading, expandable kitchen with stove, dishes and cutlery and a dining table.

The electric bits are less impressive. It’s equipped with a 4.3kWh battery that powers a 2.4kW electric motor. It can reach a top speed of 40km/h.

The range is also a bit of a problem. It can only do 60km, after which it needs to charge between six to eight hours. So it should get you to a nice campsite just outside of the city, where you can charge it back up if you book a nice spot with an outlet. By Sunday it should have enough power to get you back.

The Elektro Frosch retails for R65 000 in Europe. 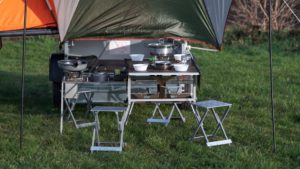 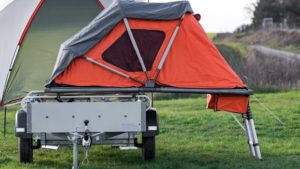 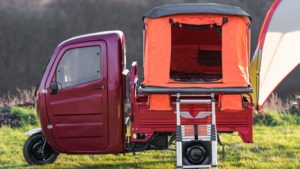 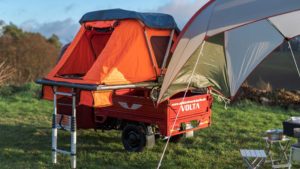 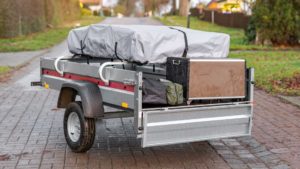