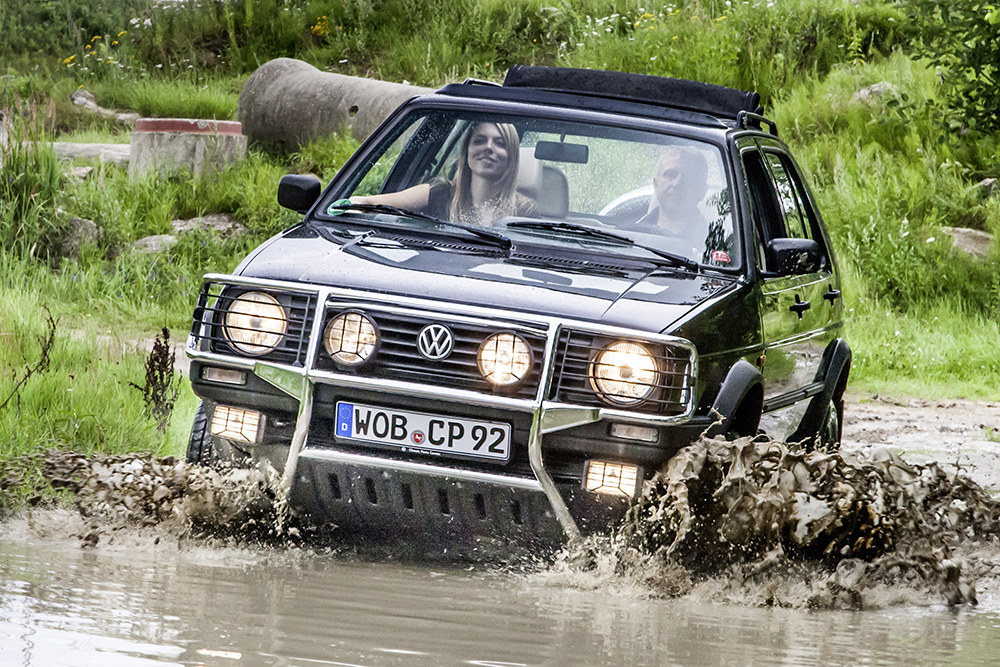 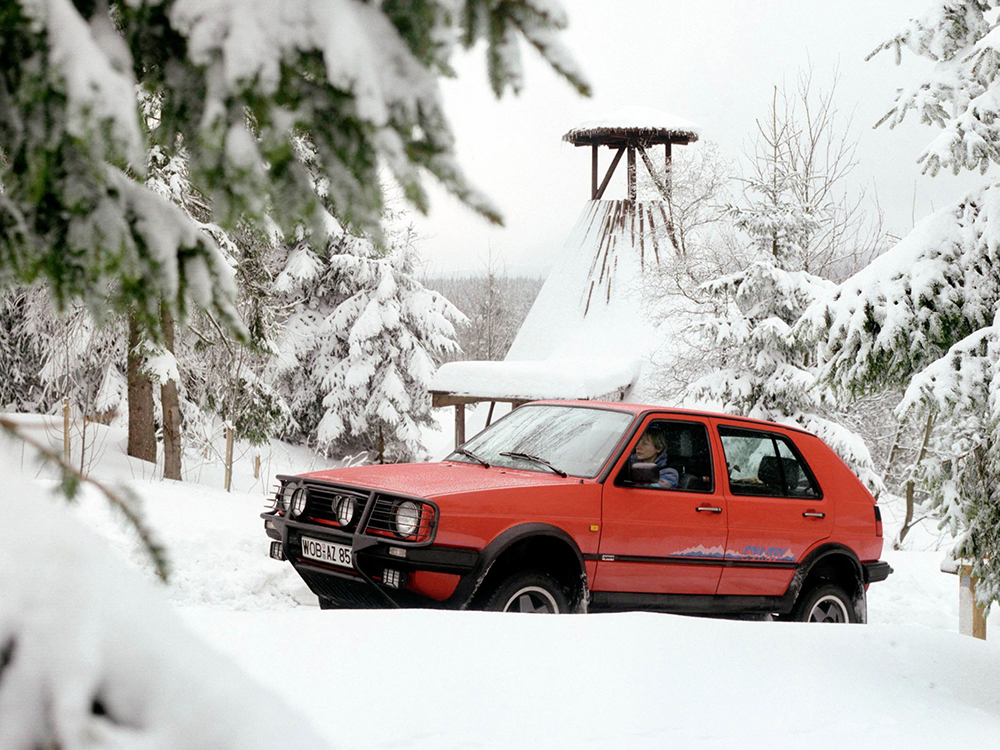 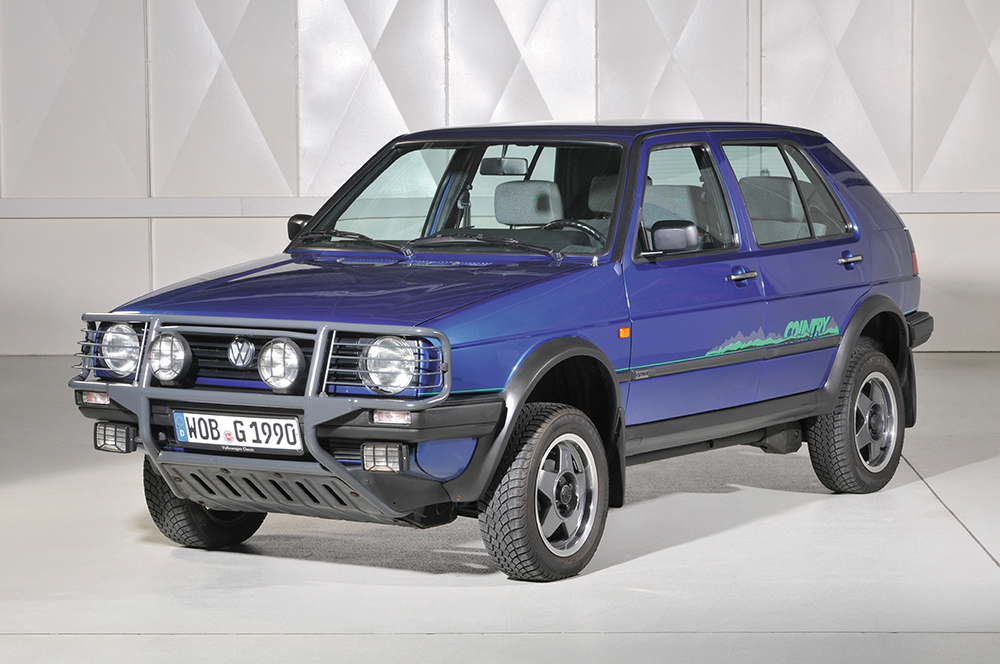 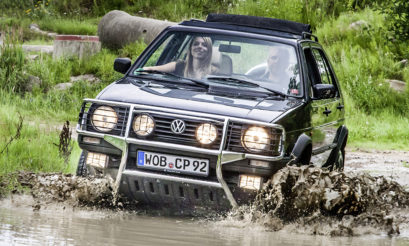 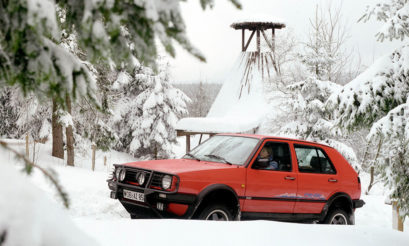 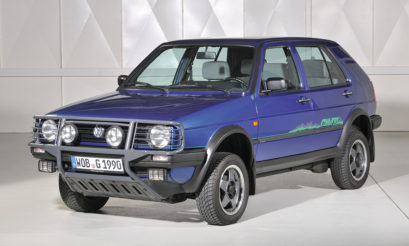 The Volkswagen SUV offensive is at an all time high, they have just added the T-Cross to their line-up alongside the Touareg and Tiguan and next year they will introduce the T-Roc locally.

However the company that is best known for Beetles and Golfs has been building SUVs since the mid eighties.

In 1986 Volkswagen presented their first Golf with four-wheel drive. The Golf Syncro was available as a five-door with a 1.8-litre engine initially producing 66kW and then later 73kW.

The four-wheel drive system had been developed in collaboration with Steyr-Daimler-Puch and featured a viscous coupling between the front and rear axle. Due to its high price, the model remained rare, with only 26 000 units being built between 1986 and 1989. The four-wheel drive system was fully automatic and minimally intrusive, also in appearance, with only a few discreet Syncro badges differentiating it from a regular Golf. There were no additional gauges or buttons inside either. The gearing was lowered somewhat, to mask performance losses due to the additional 160 kilograms. The rear seat was moved forward by 30mm and the cargo floor was raised, reducing the boot size by around 25 percent.

At the 1989 Geneva Motor Show Volkswagen took this idea one step forward and showcased the Golf Country prototype. The press and public fell in love and it was fast racked into production.

The Country was designed for medium off-road driving thanks to increased suspension travel, the same Syncro four-wheel drive system and 120mm more ground clearance. It was fitted with bullbars at the front and rear, a skidplate under the engine, a sub-frame to protect the rear Syncro differential and propshaft and a spare wheel mounted externally on a swing-away triangular frame.

Initial assembly began at the Wolfsburg plant but the Golf Country’s were then sent to Graz, Austria to be outfitted with 438 unique parts including the Syncro all-wheel drive system, courtesy of Steyr-Daimler-Puch.

All Country Syncros were fitted with the 1.8 litre normally aspirated engine producing 73kW and paired to a five-speed manual gearbox.

Various special editions of the Country were also produced including the Chrome addition that featured chrome trim and wheels and a GTI version. The GTI version was extremely rare, only 50 were produced and offered to staff working on the Country project, it featured the uprated 85kW 1.8-litre engine.

Without differential locks, the Golf Country was not able to beat the stiff competition from fully-fledged off-road vehicles. Still, drivers rarely showed their vehicles any mercy. Farmers, hunters and country doctors used the Golf Country out on the road and across country. It was not uncommon for the model’s first owner to clock up over 150,000 km in mileage. And after making trips to Ireland or Norway, drivers relished opportunities in the early 1990s to visit abandoned military training grounds on both sides of the old East-West German border to quite literally push the Golf Country to its limits.

The financial success of the current SUV trend proves those visionaries right whom, more than 30 years ago, first put the wheels on the unusual multi-purpose Golf. 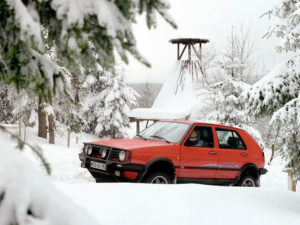 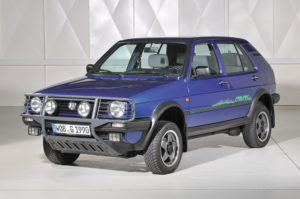