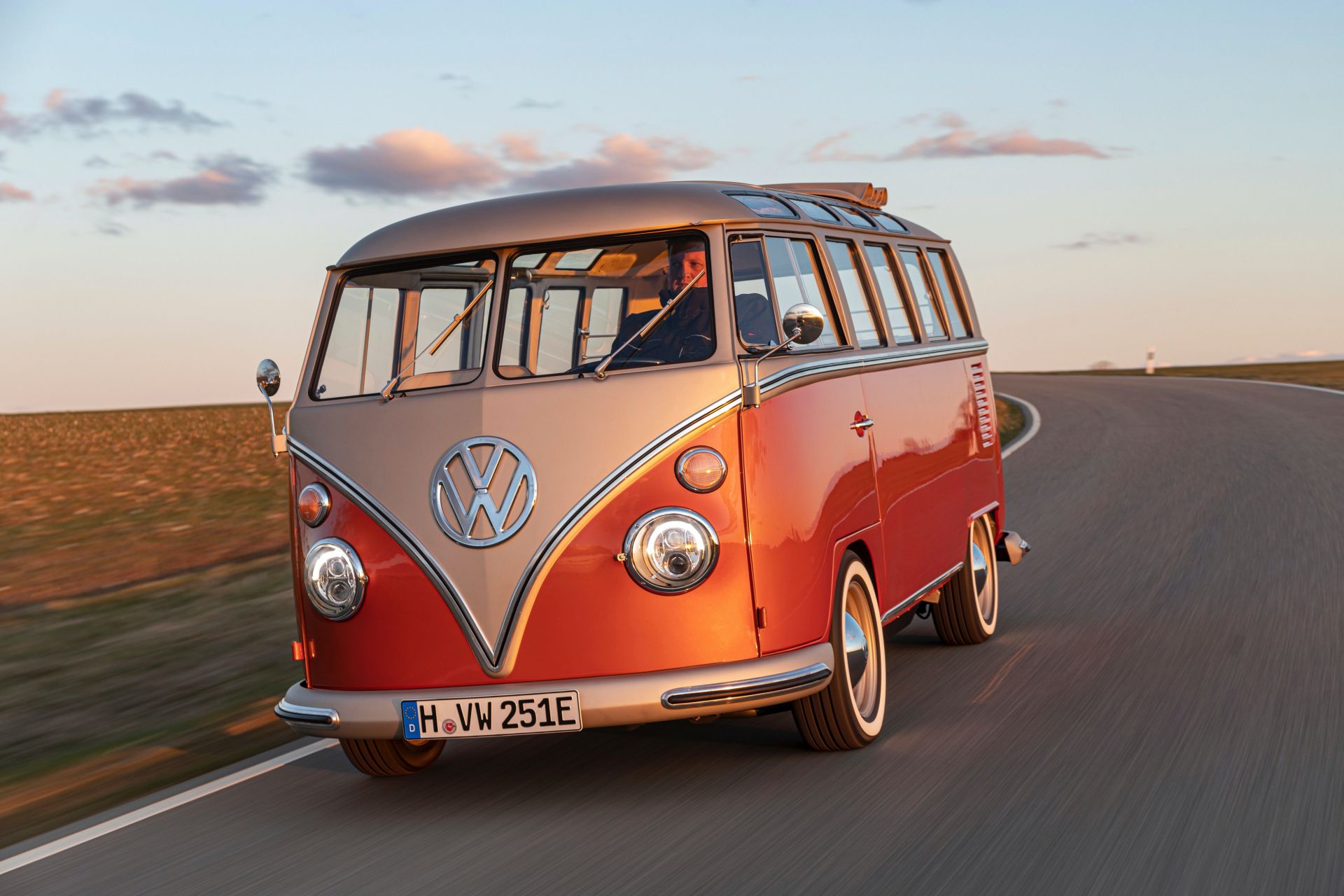 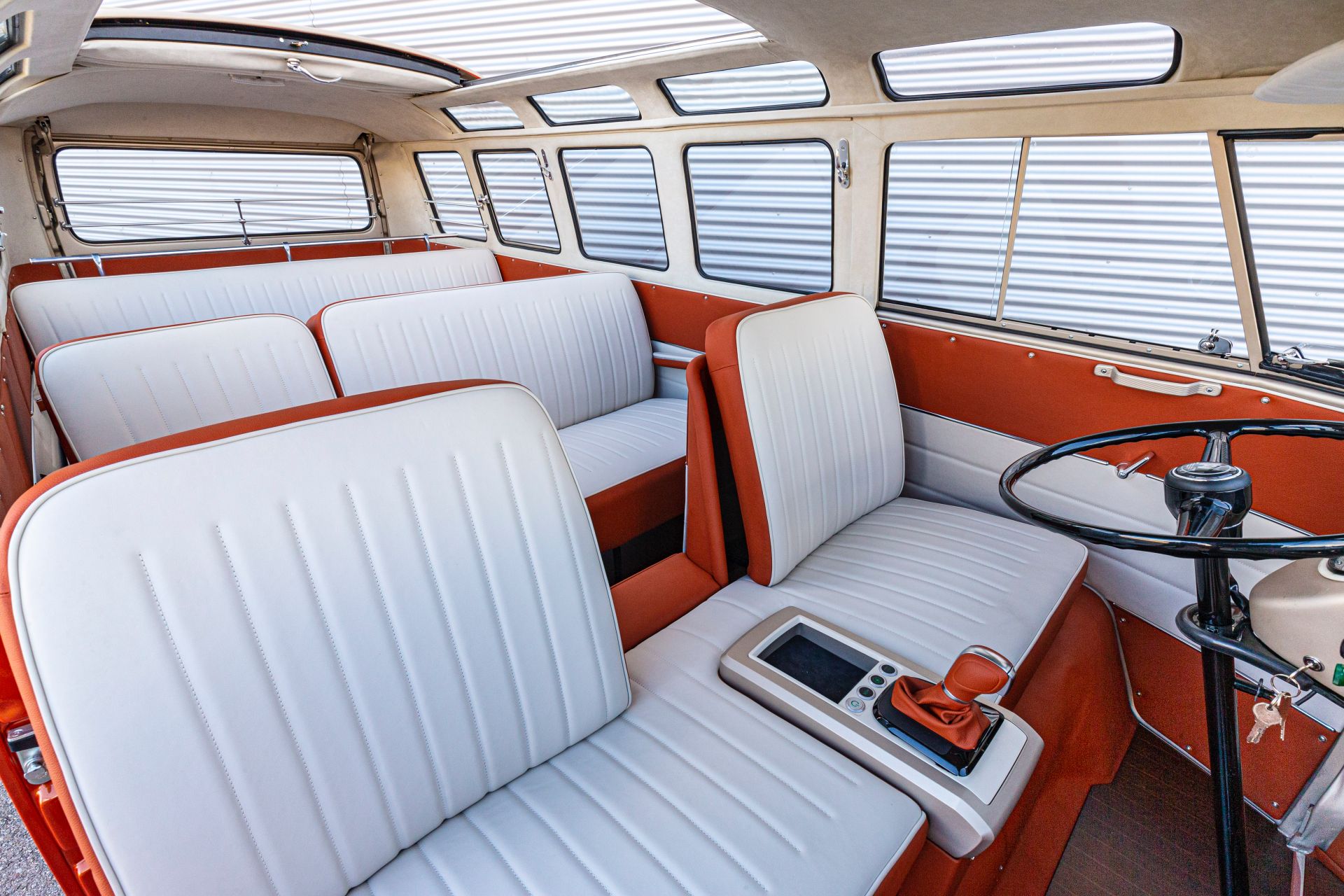 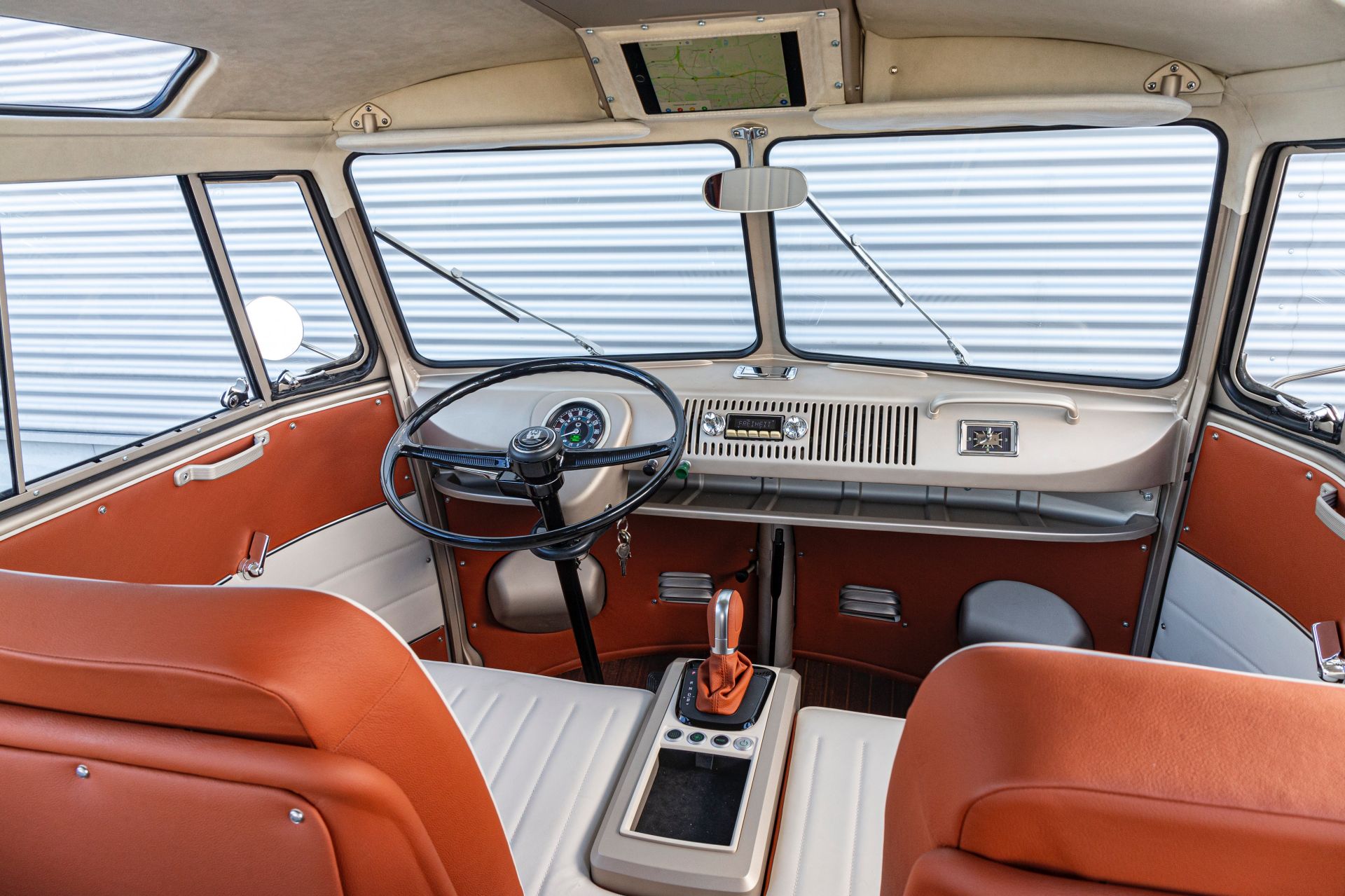 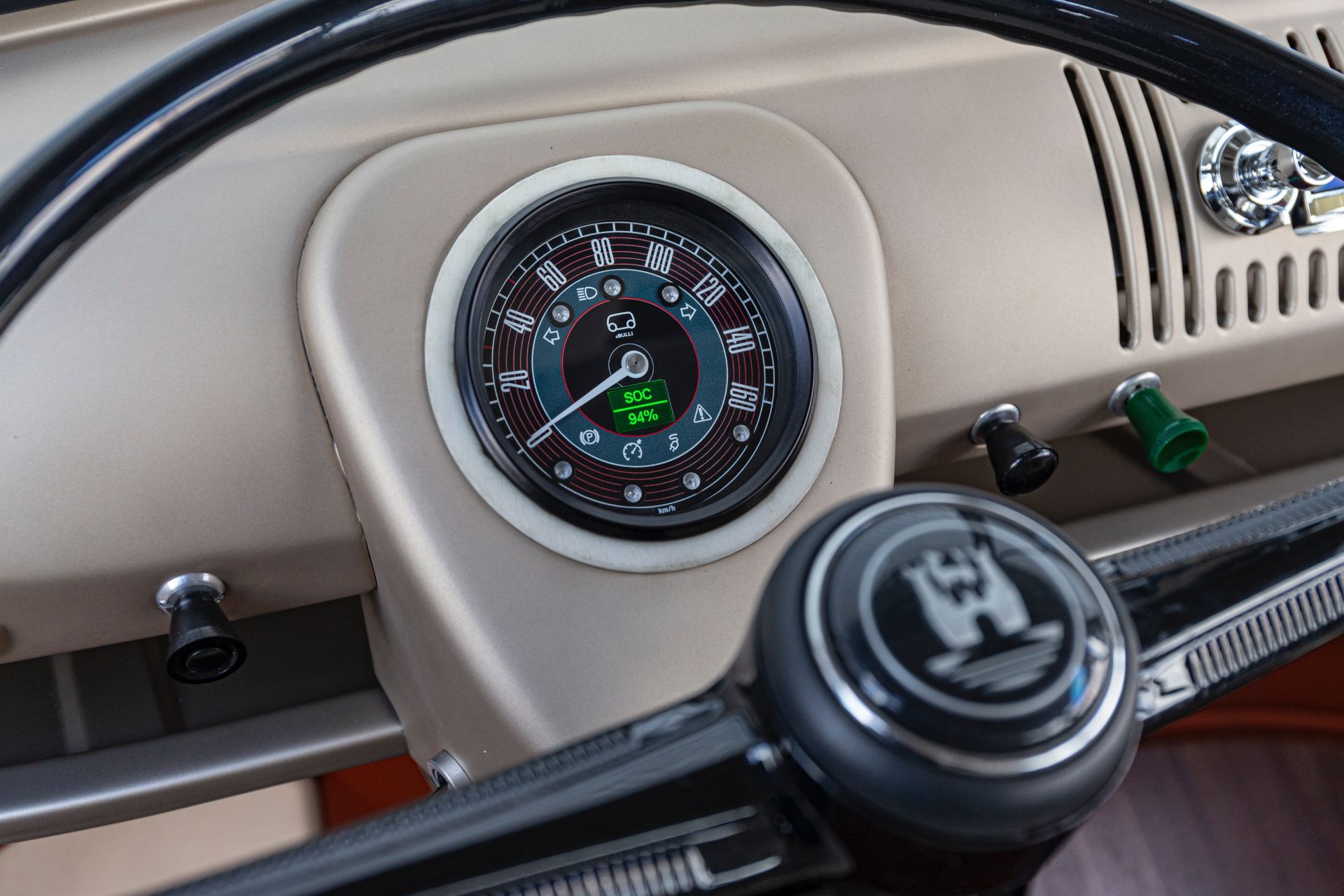 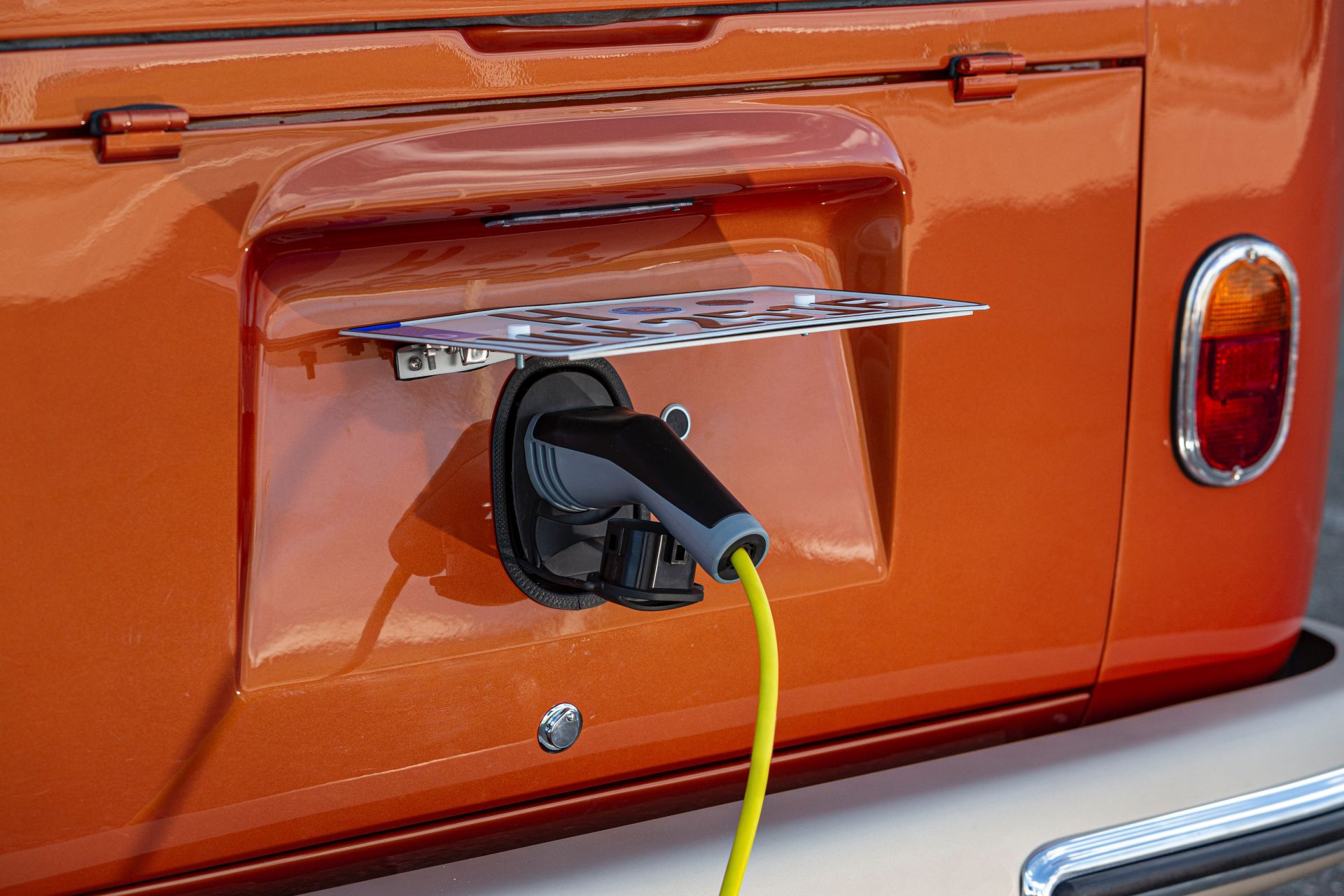 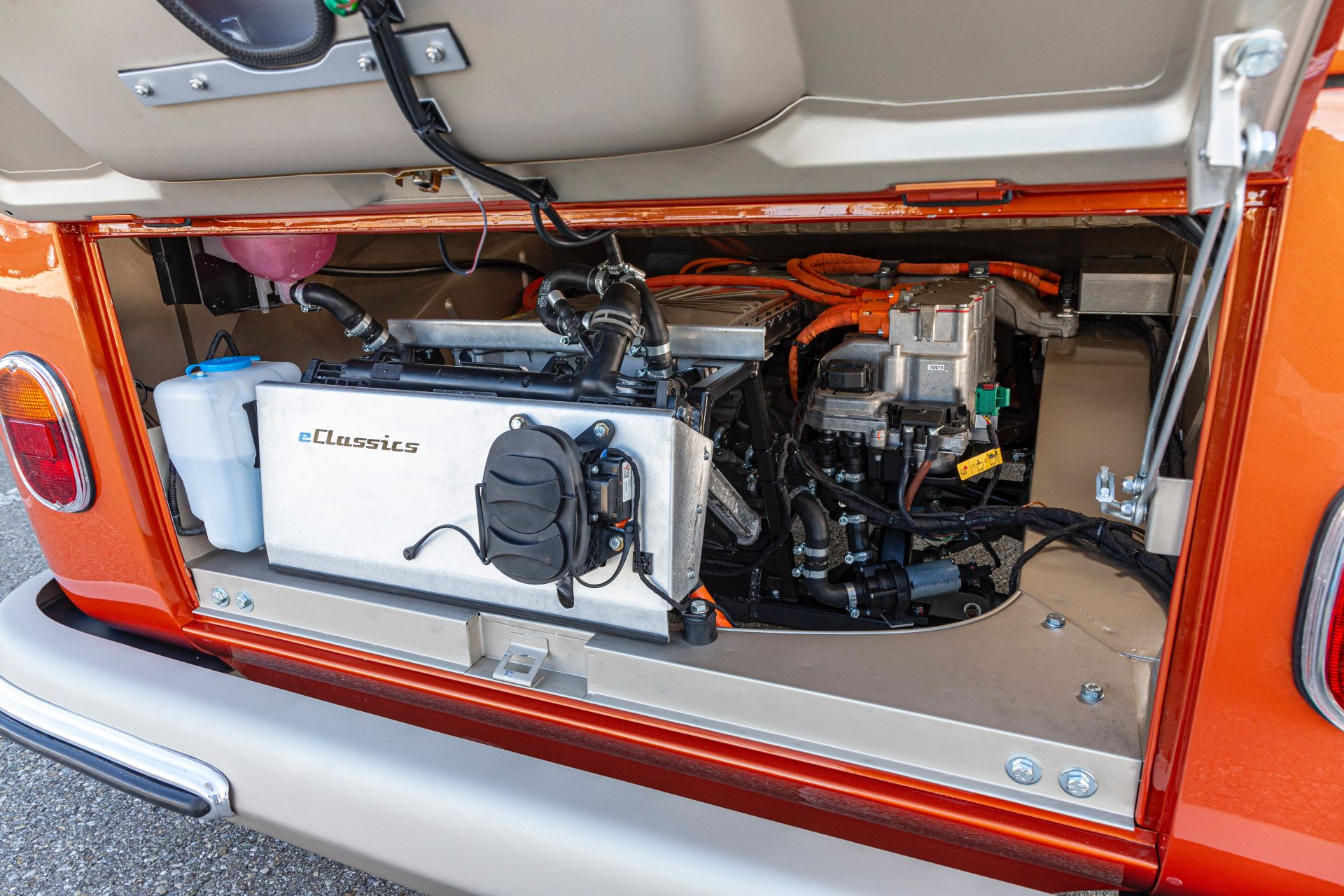 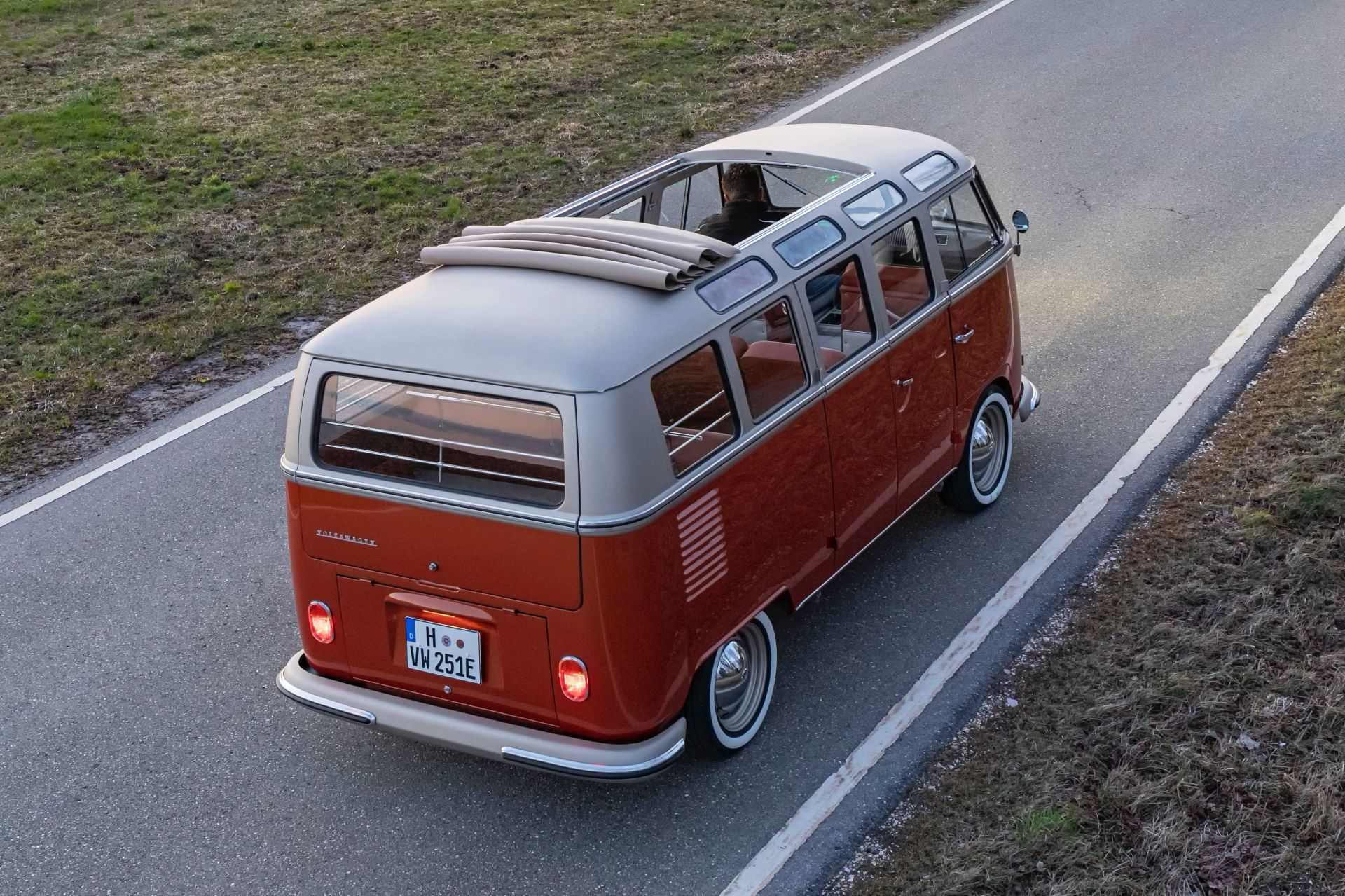 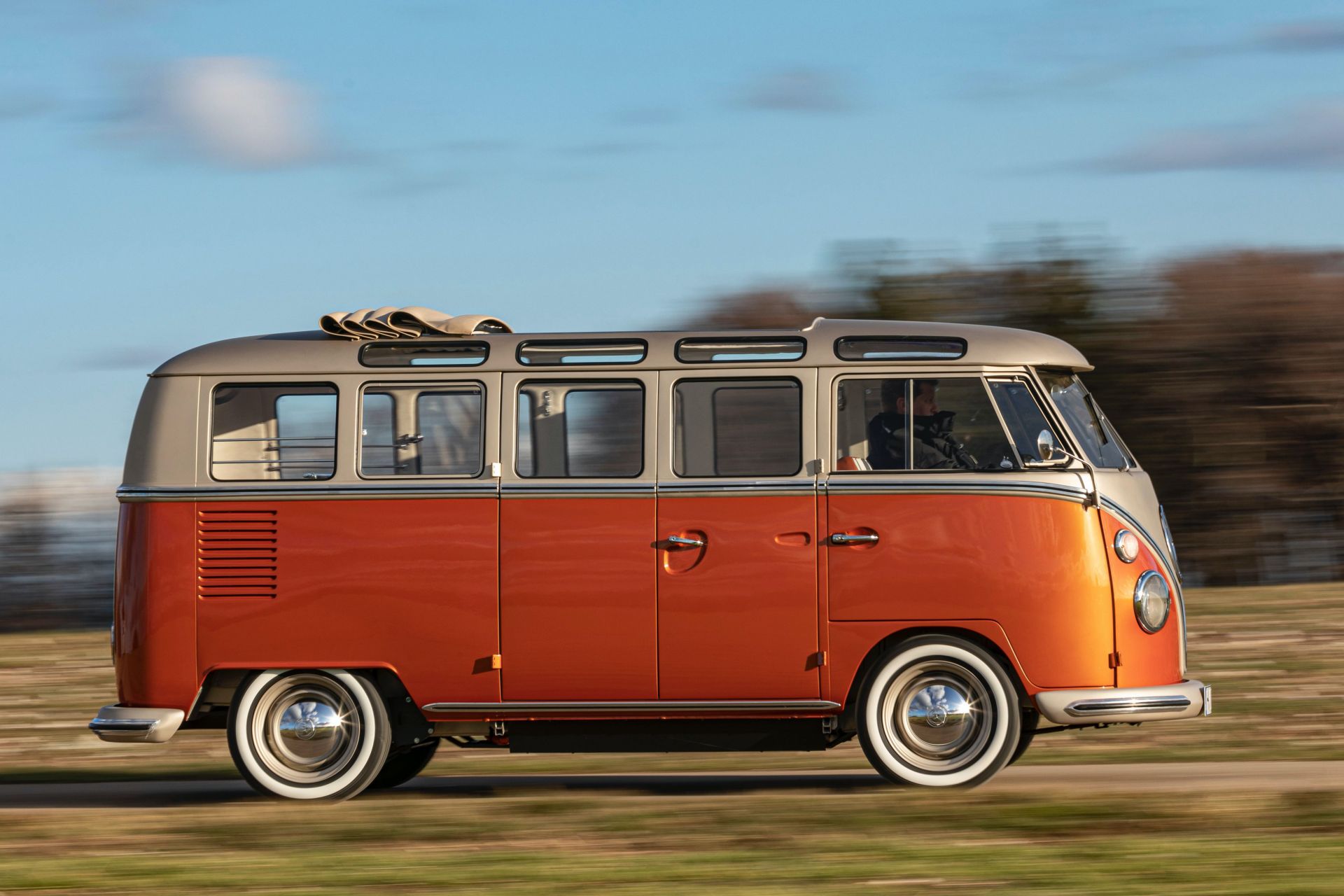 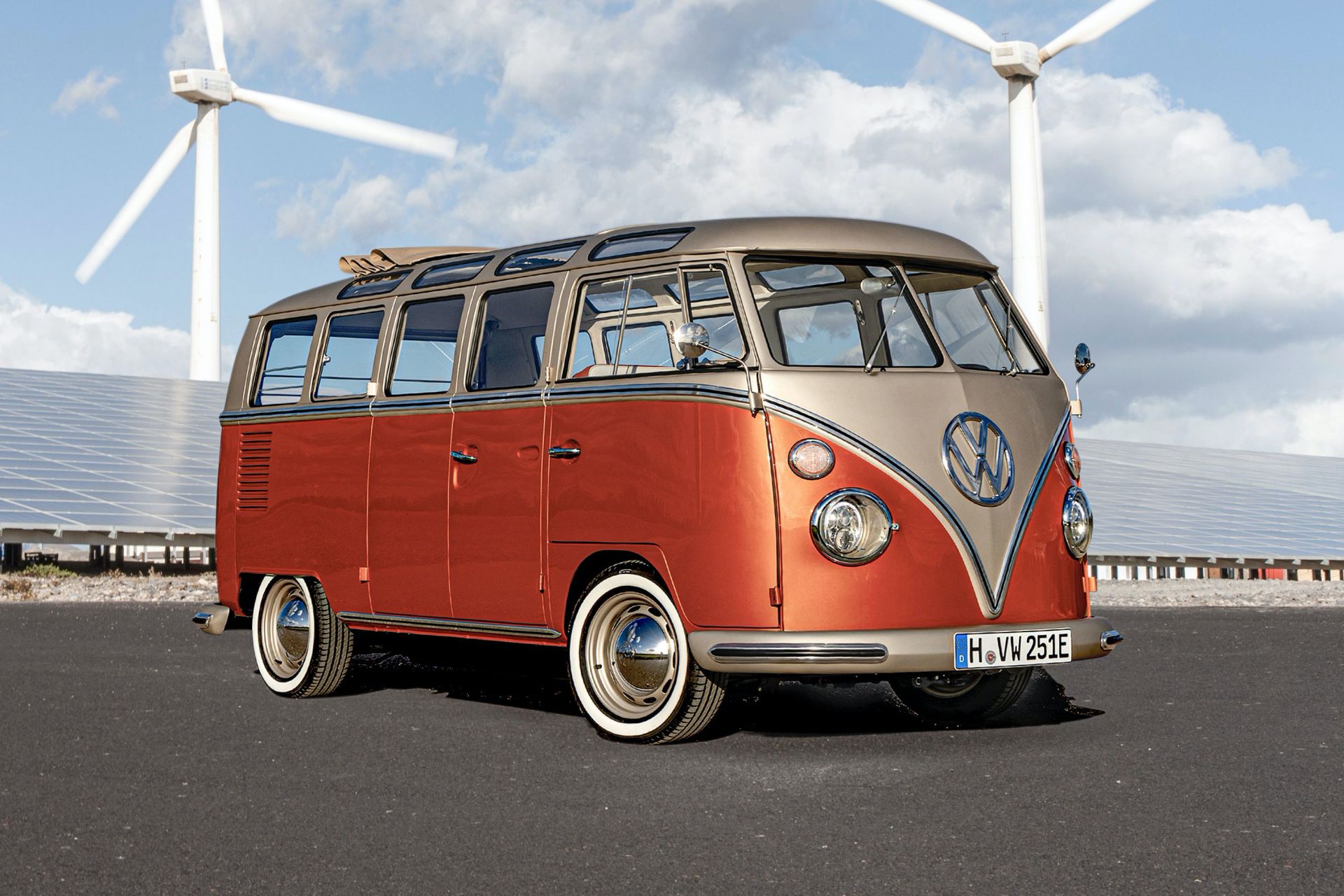 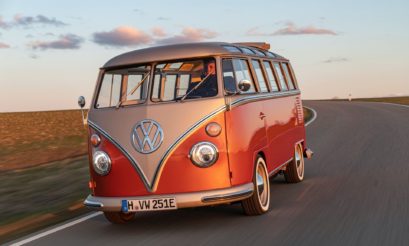 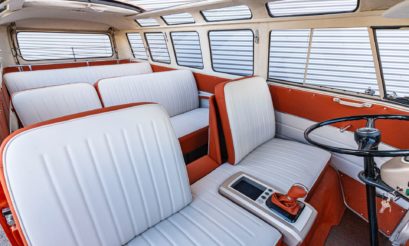 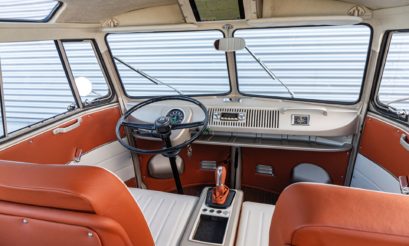 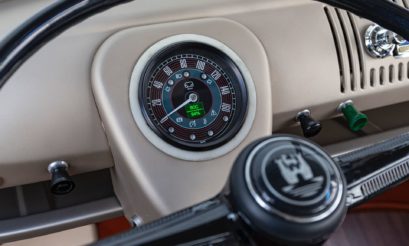 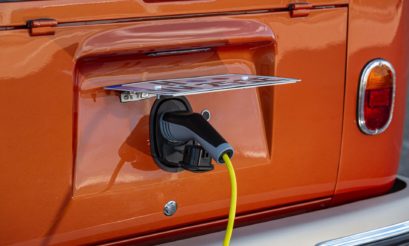 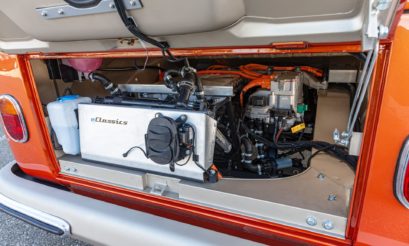 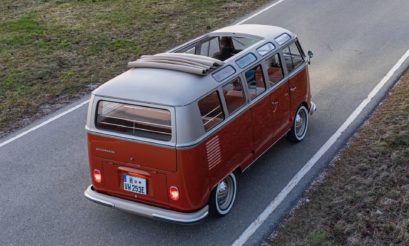 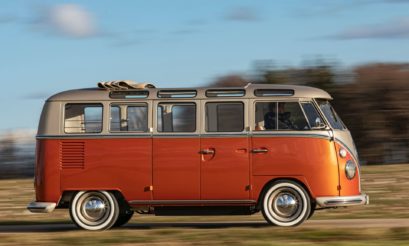 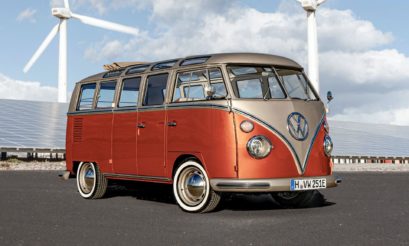 Volkswagen was supposed to launch its all-electric e-Bulli T1 bus at the Techno Classica, but unfortunately, the event was postponed.

But no matter, since VW has now unveiled this magnificent piece of engineering online.

It’s a 1966 VW T1 Samba Bus, but with a modern electric powertrain.

Here’s the good news – this is not just a one-off concept vehicle. Volkswagen Commercial Vehicles is partnering with eClassics with the hope of offering these stunning vehicles to the public.

The standard car had a 32kW four-cylinder boxer engine, but the e-Bulli is equipped with a 61kW electric motor, powered by a 45kWh lithium-ion battery. It has a range of more than 200km.

Most electric vehicles are quite fast, but not the e-Bulli. It’s much faster than the old petrol-powered car, but the top speed has been limited to 130km/h, most likely for safety reasons.

Obviously you can’t ramp up the performance and not sort the underpinnings.

VW went to great lengths to offer a modern driving experience. The e-Bulli is equipped with multi-link front and rear suspension with adjustable shock absorbers and coil-overs. The steering system is also modern and the brakes are ventilated discs all-round.

And let’s not forget about the style upgrades. On the outside it still looks like the old bus, but with a few modern touches. It now has daytime running lights and LED indicators. For the full lowdown on the exterior, check out the images above.

The interior has dual-tone leather seats, wood flooring, new gear selector and radio that might look retro, but is equipped with all the latest connectivity features.

At the current exchange rate, an e-Bulli like this will set you back around R1.2 million, excluding the price of a T1 donor car. 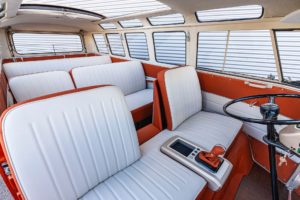 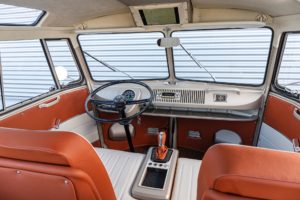 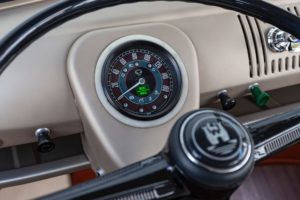 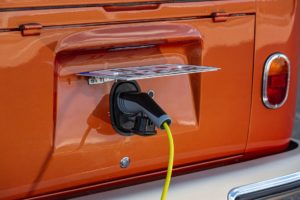 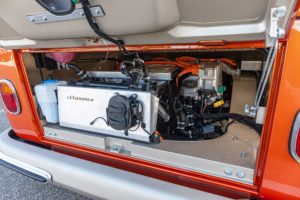 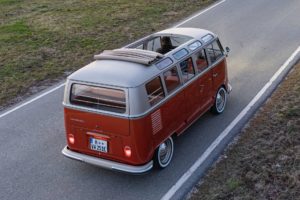 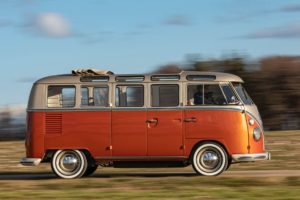 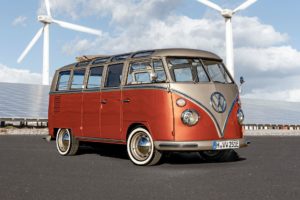