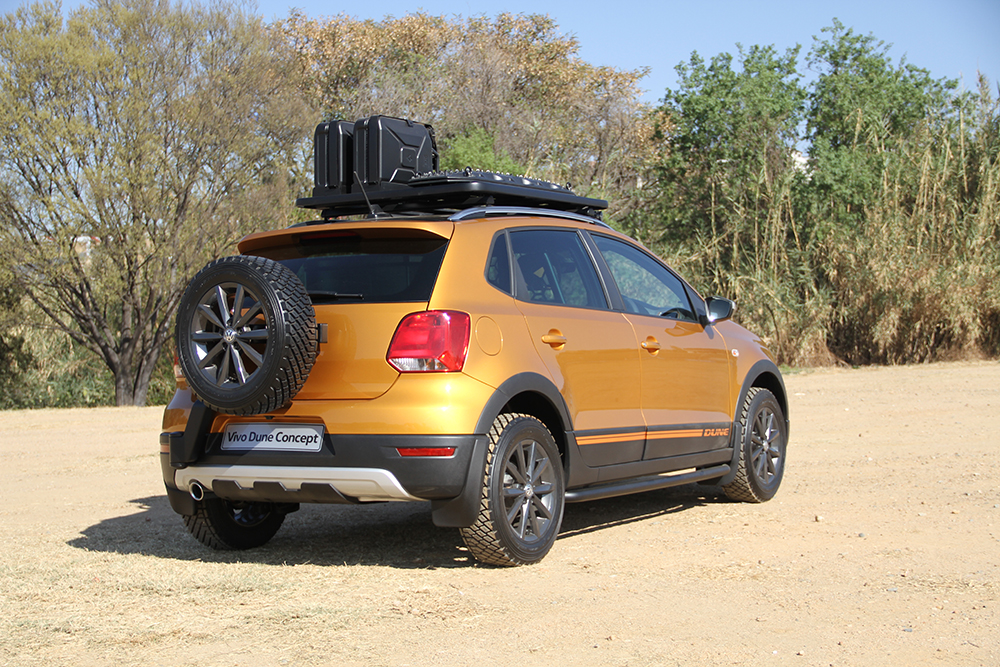 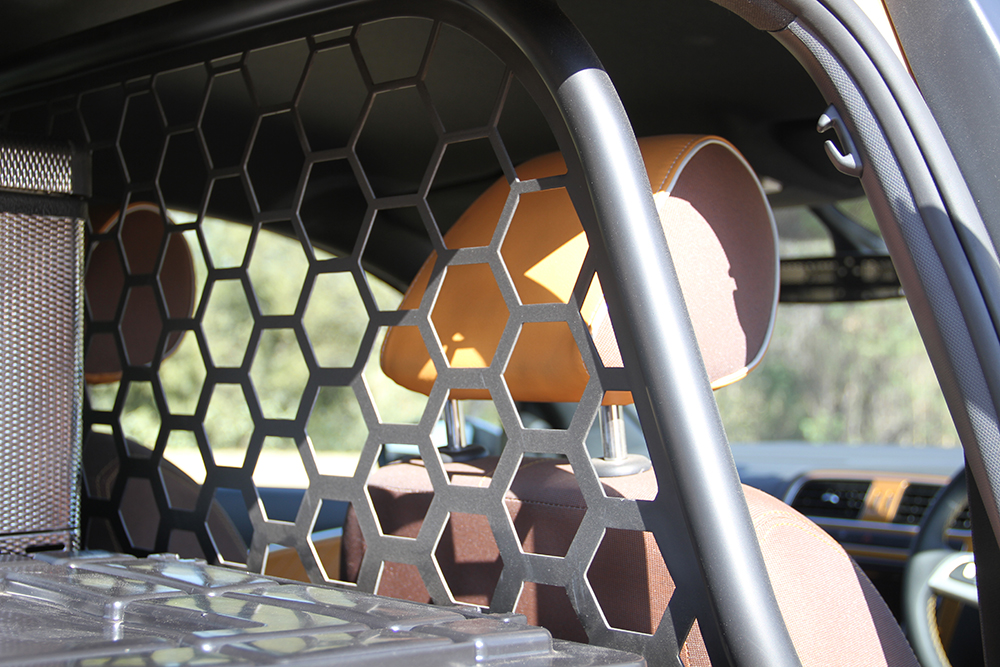 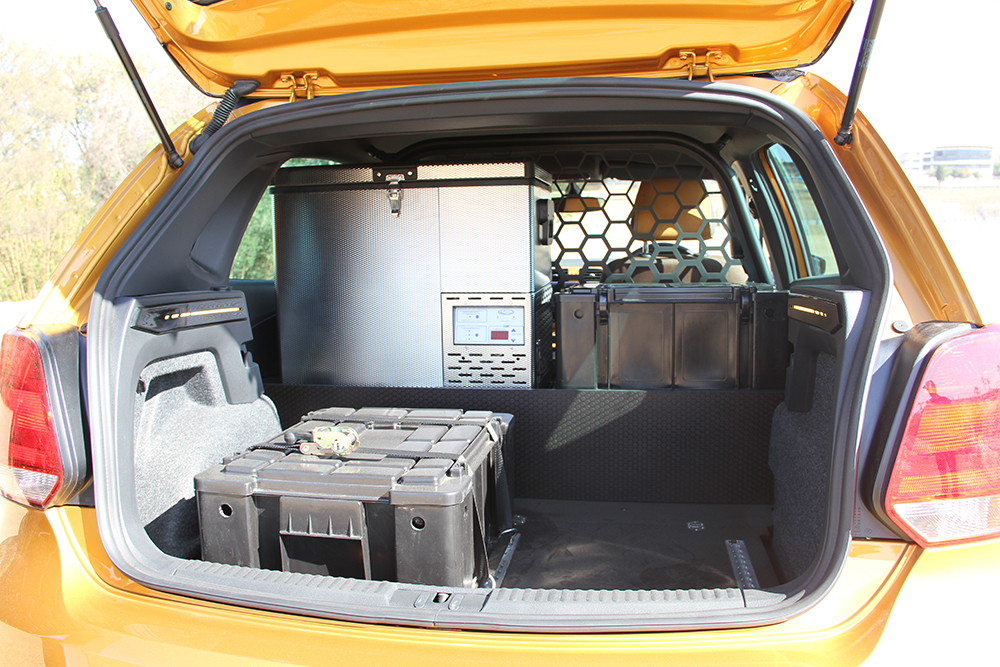 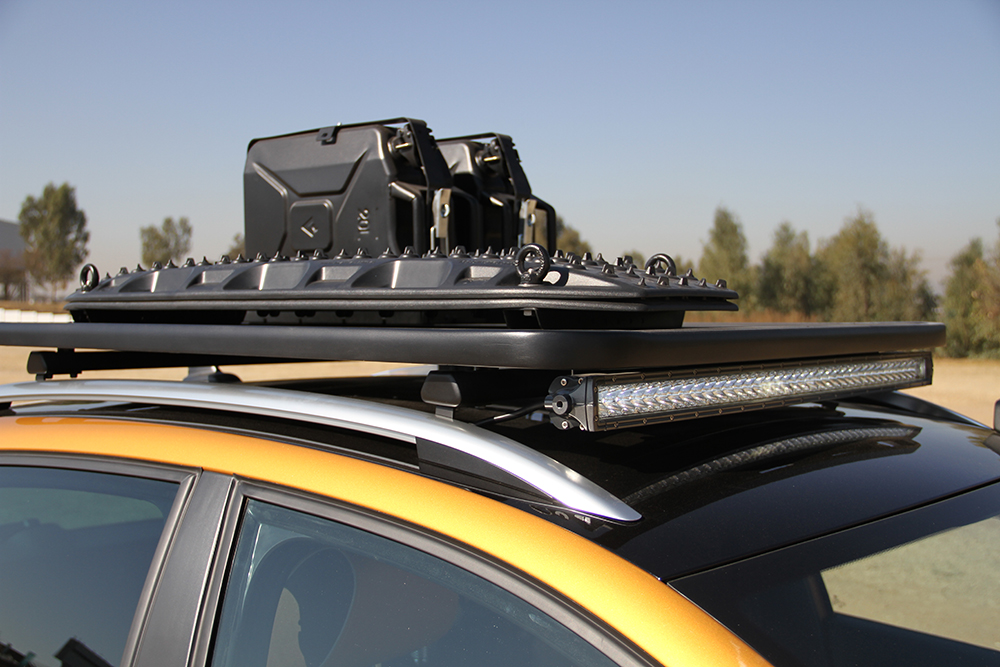 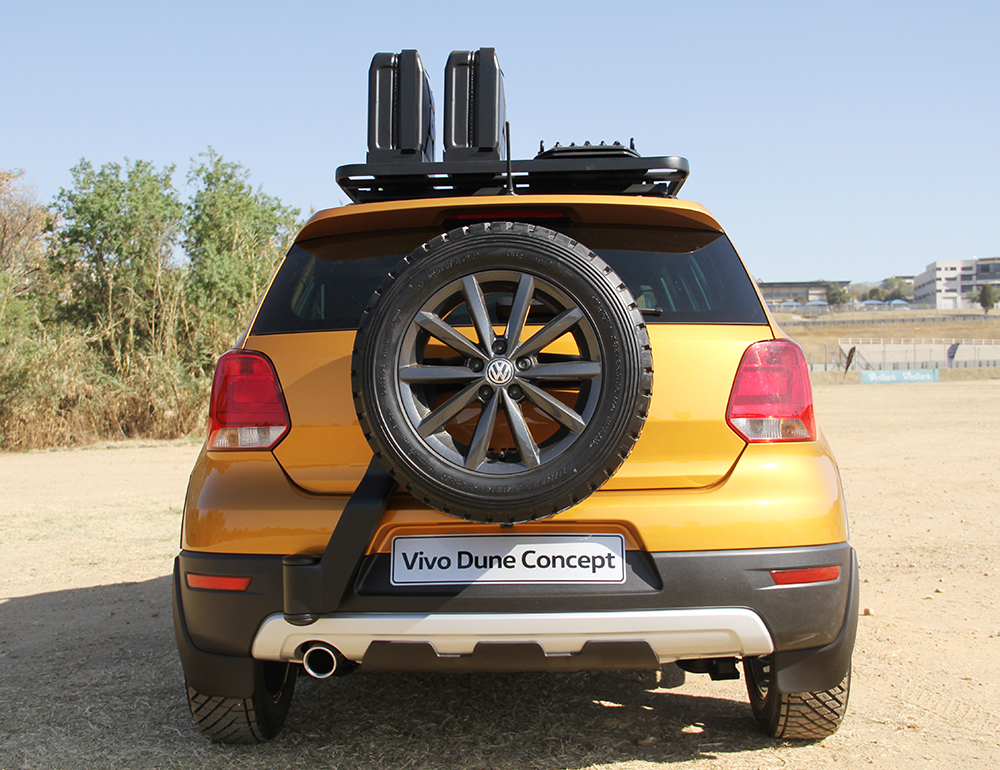 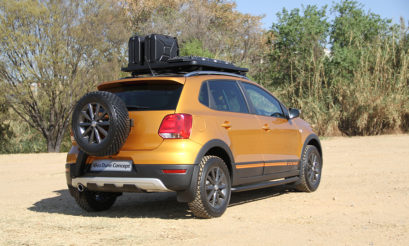 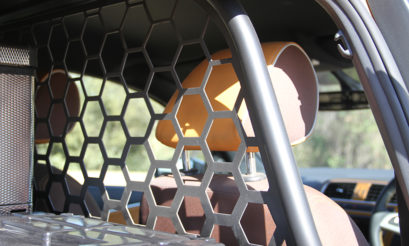 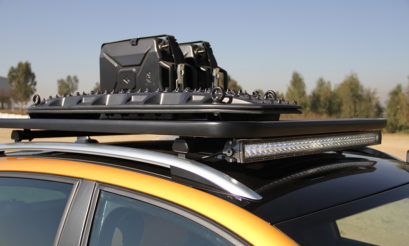 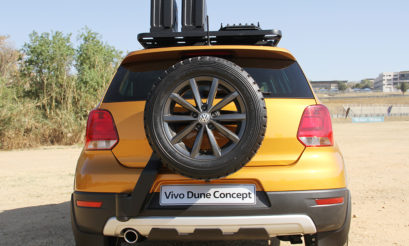 The Polo Vivo has been South Africa’s best-selling passenger model for the last eight years. It was only a matter of time before somebody turned one of these cars into an overlander, we are actually surprised it took so long.

With over 220 000 units sold since its market introduction in March 2010, the Volkswagen Polo Vivo Hatch is a common sight on our roads. It offers safe, reliable affordable transport and it has become the choice of many first-time car buyers. As with any popular car it is also a favourite among those who like to tinker and modify their cars. Up until now nobody had really modified one of these for off-road use abut with the whole safari car thing being in fashion now, it was only a matter of time. So we were really surprised when it was Volkswagen South Africa themselves who lifted the covers off the Polo Vivo Dune at last years SA Festival of Motoring.

Being the only locally built model in the competitive A0 segment, the Polo Vivo has been a dominant brand in the entry-level hatch segment in spite of the new models being launched on a regular basis. Polo Vivo’s key product attributes such as affordability, German build quality, safety, space and comfort have a set an unparalleled benchmark in the segment.

Polo Vivo has had the class-leading residual value in its segment in the used car market. The cost of ownership over a three-year cycle makes the Polo Vivo one of the most affordable cars to own in the South African market.

Nearly 76% of Polo Vivo parts are sourced from local suppliers. This ensures that parts remain affordable and contribute to the overall low cost of ownership.

The Dune you see here started off as a white Polo Vivo straight off the Uitenhage assembly line before it headed off to the Product Engineering department where it would be saved from the life of rental car or city runabout. These guys had much bigger plans for this humble hatchback. They raided the entire Volkswagen parts bin and what they couldn’t find they made from scratch.

The Vivo was completely stripped down before being finished in a custom rich orange metallic colour, which was inspired by that of the Beetle Dune. Reflex silver metallic accents adorn the car, including bumper inserts, roof rails and mirror caps. Dune door decals are colour matched to the body.

Upfront is a bumper from the Vivo Maxx and a grille from the Polo GTI, with the GTI badging substituted with DUNE. As part of the Light and Sight package LED headlights add a modern look.

Underneath the front and rear bumpers is grained black underbody protection and a set of custom mud flaps that protect the paintwork from debris. Matte black styling bars protect the side sills.

A very neatly integrated clean-air snorkel rests on the A-pillar and ensures the ingestion of cleaner air when driving on gravel roads. Technicians claim that they used parts from three VW air filters to build this one.

Up top is a custom-built matte black roof carrier and rails fitted with an LED light bar and custom cover, two jerry cans and a set of recovery tracks.

At the rear is a neatly integrated spare wheel carrier that swings open and locks into place, allowing the hatch to be opened as per normal. A body coloured GT-spoiler adds a sporty touch.

The ride height has been slightly lifted with custom springs and dampers. A set of Pirelli Scorpion off-road tyres are fitted to the graphite coloured 15-inch Novara wheels and ensure added grip on slippery surfaces.

Inside is a set of sport seats covered in brown leather and cloth, the same theme is then carried through onto the door panels. The dashboard features body coloured inserts and air-vent surrounds. Neatly embedded into the centre console is a two-way radio.

At the rear is where things get interesting. Directly behind the front two seats is a 32mm tubular frame that houses a honeycomb partition. The rear seats have been removed making way for a load bay where aluminium-lashing rails are countersunk into the flooring. Four custom sliders are fitted with 40 litre stainless steel fridge, stainless steel collapsible table and chairs, storage box with portable gas stove and fire extinguisher and a one off eight litre water tank. Everything one could need for a quick or extended adventure is safely and conveniently accessed by opening the rear doors or hatch.

The honeycombe mesh theme, which is synonymous with special Volkswagens, can be seen throughout, from the upper and lower grilles, to the snorkel, partition and interior flooring.

Under the bonnet is a tried and tested 1.6-liter engine with 77kW and 153Nm and paired with a six-speed manual gearbox in this model it delivers lively performance. It only takes 10.8 seconds to reach 100km/h and has top speed of 188km/h.

Although the Vivo Dune is still front-wheel drive, the extra ground clearance and grippier tyres will allow it to tackle a variety of gravel roads and off-road tracks at ease. Leisure Wheels managed to tackle the iconic Sani Pass in the Beetle Dune and we have no doubt that the Polo would have the same success.

At this stage the Vivo Dune is purely a show car and not intended for sale or production. Certain elements are however being investigated for production in the near future.

There is no doubt that there is a demand for smaller, more affordable cars with off-road or overlanding ability and Volkswagen knows this. In the early 90’s they built the Golf 2 Syncro and Country, that were fitted with their legendary four-wheel drive system, in limited numbers but every available unit was quickly snapped up. We really hope that the Polo Vivo Dune is the revival of this idea and that Volkswagen come to their senses and actually put this car into production. 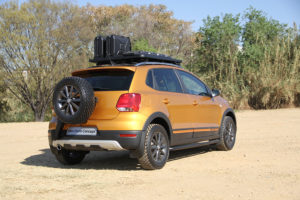 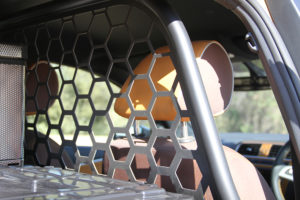 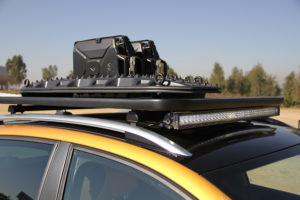 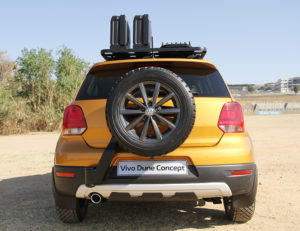