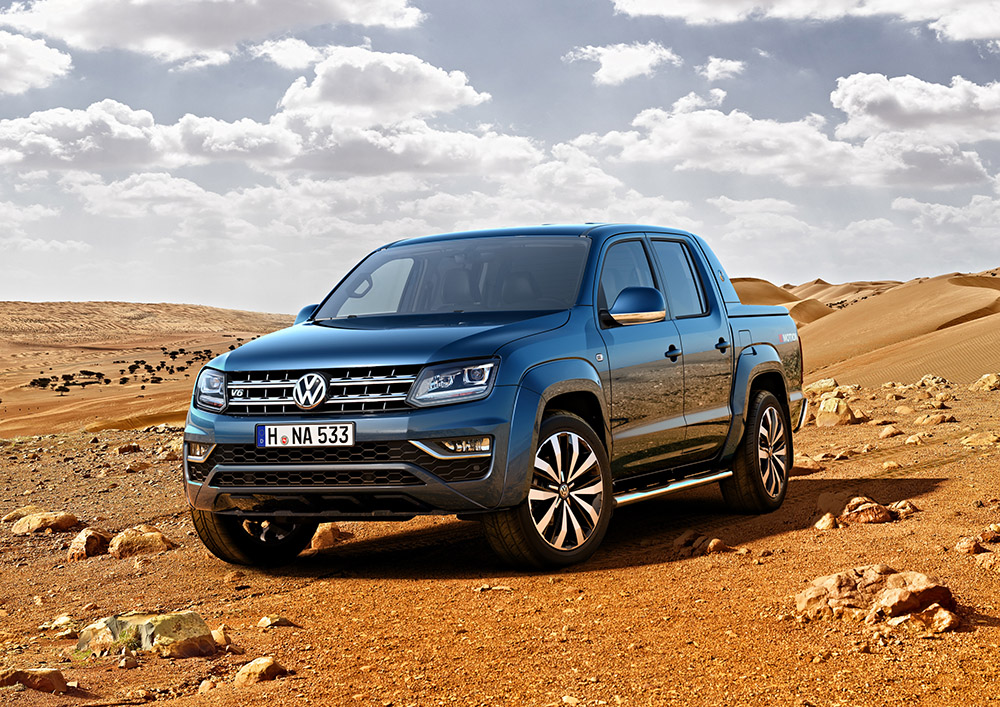 Volkswagen South Africa is bringing their A-game to the annual Q4 Bakkie Sales war with its most powerful Amarok Double-Cab to date.

Since landing in South Africa in 2010 the Amarok line has sold almost 35 000 units between the single- and double-cab models. 2019 saw the Amarok Double-Cab shift 2 596 units rendering it Volkswagen Commercial Vehicles best-selling derivative.

The Amarok range will expand its line-up in South Africa, Namibia, and Botswana to introduce the 3.0-litre TDI V6 190 kW engine. The popular 2.0-litre TDI 103kW, and 2.0-litre BiTDI 132kW units will round out the powertrains.

In addition to the standard features on the Highline, which are also available on the Extreme, the top-of-the-range model is further customised through the addition of ‘Special Edition’ Nappa leather seats, Discover Pro Media system which includes satellite navigation, and 20-inch Talca alloy wheels which are standard. The optional features on the Extreme is the increased GVM from 2.8tons to 3.0tons (including heavy-duty leaf springs), rubber floor covering, 19-inch Milford alloy wheels and a sports bar painted in body colour.