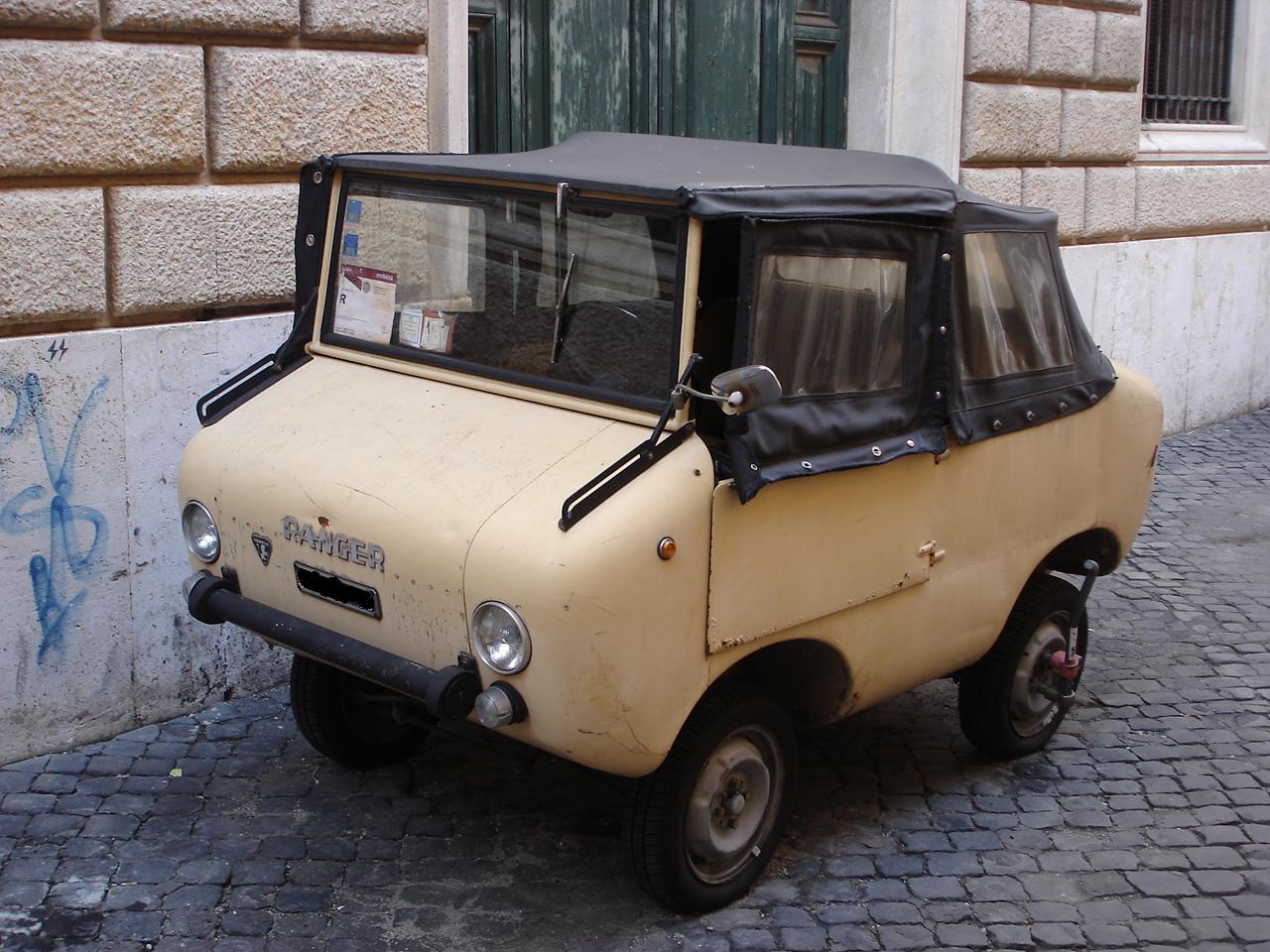 The Ferves Ranger is a cute, little. Italian off-raoder that is perfect for urban and farm or vineyeard use.

Following World War 2, a lack of infrastructure and the materials necessary to build cars meant the engineers had to adapt and improvise.

This led to some properly iconic vehicles like the Mini and Fiat 500, which are both still in production, in their modern forms.

The current Fiat 500 is a sales dream. It’s the best-selling vehicle in Fiat’s line-up locally and globally and it also serves as the basis for a few different models, including the 500X cross-over.

But did you know that there was an off-road 500 long before the 500X was launched? Probably not, because it was sold under a completely different name.

The man responsible for the car you see here featured one of the most iconic names in motoring, Ferrari. Carlo Ferrari was not related to the famous Enzo in any way, which meant he wasn’t allowed to use his surname.

Carlo had a dream to build a small, yet highly capable off-roader for the Italian market. So, he designed a simple, yet elegant solution before turning to Fiat, who granted him access to their parts bin. What followed was the Ferves Ranger, a vehicle that was considered to be

fairly advanced vehicle when it made its debut at the 1966 Turin Motor show, despite its 2.0 metre wheelbase. The Ferves Ranger was perfect for narrow Italian streets and cruising on farms or between vineyeards, thanks to its open body, spacious interior and four vinyl covered seats, a folding windscreen and removable suicide doors on early models and more than enough kit to make it a serious off-roader.

The Ranger was powered by a rear-mounted 500cc aircooled Fiat 500 engine, mated to a four-speed manual transmission. Carlo also poached a few bits off the Fiat 600D, including the independent front and rear suspension and braking system. Thanks to a very low gear ratio the Ranger was able to cover very rough terrain and it could be driven easily at walking speeds.

If the Ranger did get stuck owners could physically push or pull it out of most situations, so it barely, if ever, needed to be pulled free by another vehicle

Only 600 were made and classic car dealers estimate that there are only 50 left in existence, all of which are left hand drive. Good quality examples sell for around R600 000, which is not cheap as far as classic cars go, but at least it’s easy to service thanks to freely available Fiat parts.

Since only 600 were ever sold, the Ferves obviously wasn’t a big hit, though, looking at the specifications, it’s hard to work out why…

It basically followed the same recipe as every other iconic small car out there, so why isn’t there a modern retro version of it on sale right now?

Its main problem turned out to be the very car it was based on – the Fiat 500. As it turns out, having four-wheel drive isn’t all that important if you’re an Italian with zero mechanical sympathy. The standard 500 had the same mechanical layout and you’d be surprised how much grip you get from a rear-mounted engine.

Currently, the Ferves Ranger represents a semi-affordable classic vehicle, which will likely only increase in value in the coming years. If you’re keen to get one, the time is now.