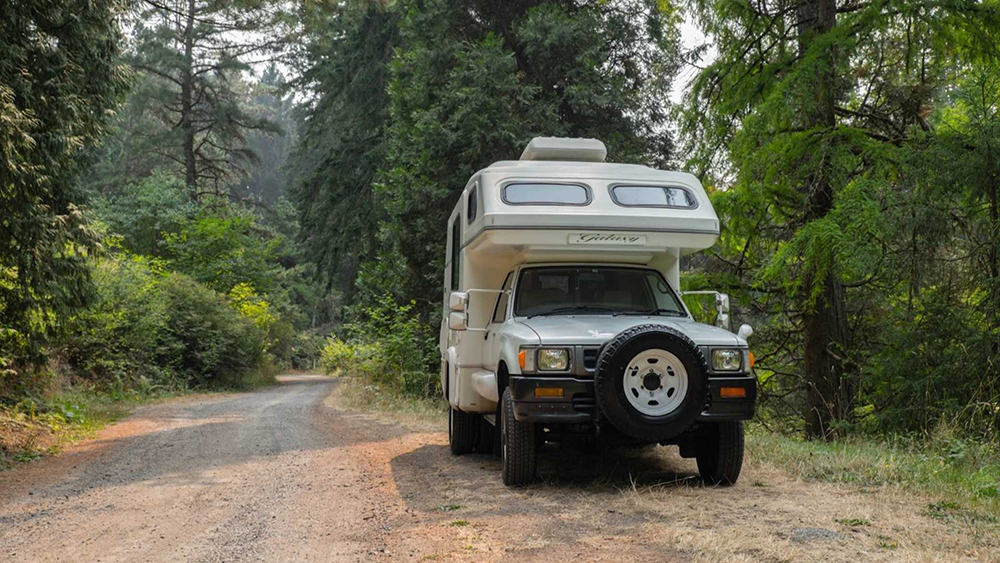 The custom-built camper and recreational vehicle industry is much bigger than it was 10 years ago. These days it’s not that hard to spend a few million rand on a custom-built bulletproof camper with four beds, but would you spend that same amount of money on a Hilux camper from 1993?

It’s hard to think of something dating back to 1993 as “retro,” but the world moves much faster than it used to. Songs we remember dancing to during those years are now considered Golden Oldies and even the movies we watched in the cinema are getting a reboot. The Lion King was 20 years old already, but we’re still very much in recovery following Mufasa’s untimely death.

The camper scene, as it currently stands, seems to be aimed at the ultra-rich. In most cases it would be cheaper to actually buy a house on the South Coast than it would be to buy a modern camper and drive it down.

While we appreciate these insane campers with their satellite links, flat-screen televisions and electric motorcycles in the boot, we find ourselves drawn to the subject of this missive, the Hilux Galaxy Camper.

This camper was built and sold in Japan exclusively. It’s built on the LN106 chassis and is powered by the famous 2.8-litre 3L naturally aspirated diesel mated to a five-speed manual gearbox.

As it was based on the fifth-generation Hilux, more powerful engines were available, but since the main aim was to go further rather than faster, the engineers opted for the non-turbocharged variant. The end result was 67kW, 188Nm and a top speed of around 110km/h. Toyota claimed the fuel consumption was 14 litres/100km, which is impressive even by modern standards.

What makes it special, however, is how rare it is. Only 80 were ever built between the late ‘80s and early ‘90s, with this one being as close to mint condition as you’ll find. It only has 58 400 miles on the clock, which is roughly 93 000km. In Toyota terms, it’s hardly run in.

The additional body parts are all made up of fibreglass and only non-corrosive materials were allowed to feature in this van. That means it’s remarkably well preserved considering its age.

The only way you’d be able to tell that it’s more than 20 years old is the overall design. It appears as if Toyota used brochures from Japanese hotels for inspiration. The colour scheme isn’t all that exciting, but the use of space is highly impressive.

The fifth-generation Hilux wasn’t that big, nor is the camper section on the load bin, and yet somehow the engineers managed to fit an air-conditioning system, a generator, hot shower and – best of all – an old school tube television with a built-in VHS player.

This particular unit was bought in Japan, imported to the US and sold to a private collector for an undisclosed amount. That usually means it sold for a few million, but the sellers were unwilling to divulge that information.

At least we know it won’t be sitting in some private garage collecting dust, because a few choice upgrades were made to keep it in tip-top working condition.

As standard, it had a part-time four-wheel drive with low-range and manual locking Aisin hubs. The upgrades include a new set of Yokohama off-road tyres, fresh batteries all-round, a replacement spare tyre and a brand-new Firestone air suspension at the rear.