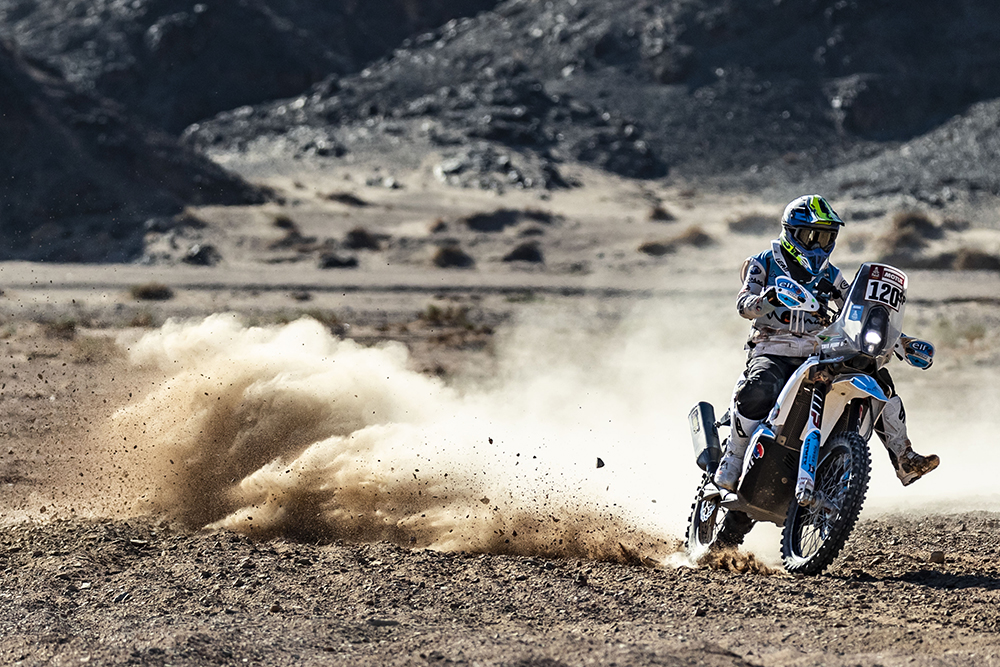 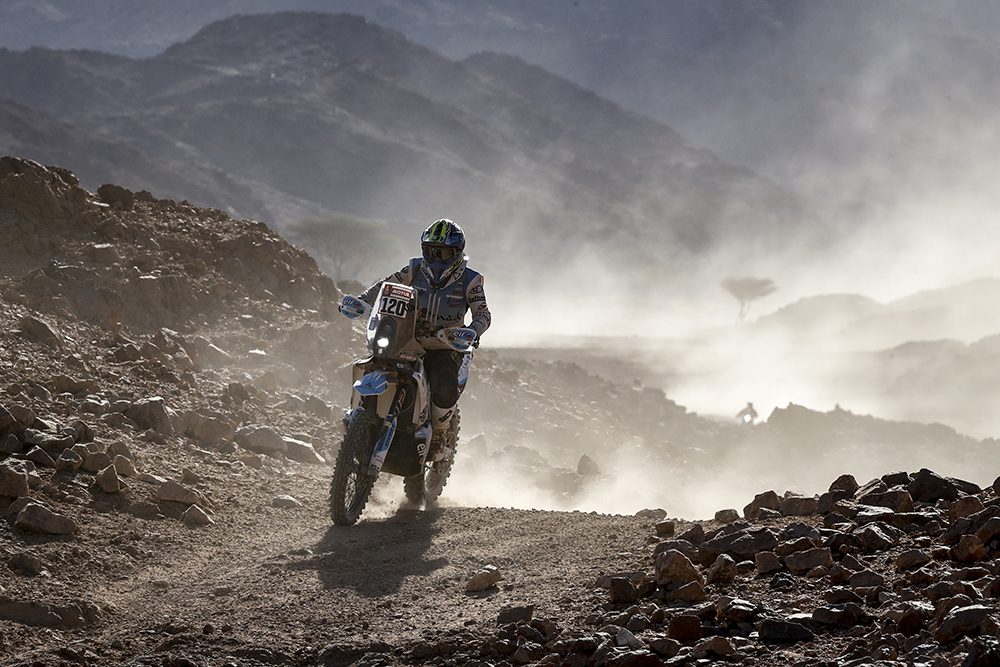 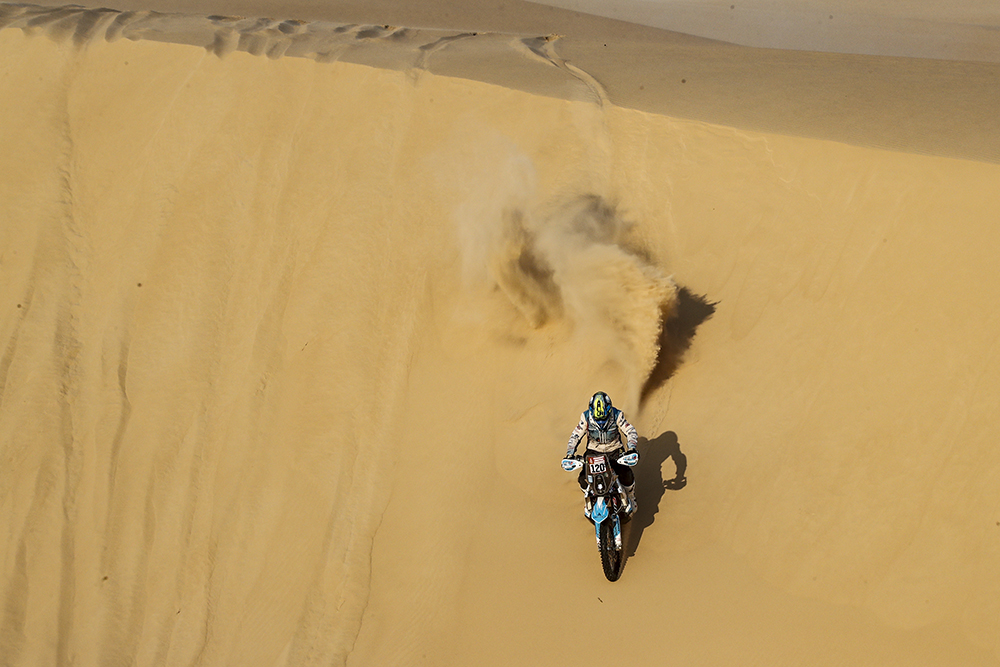 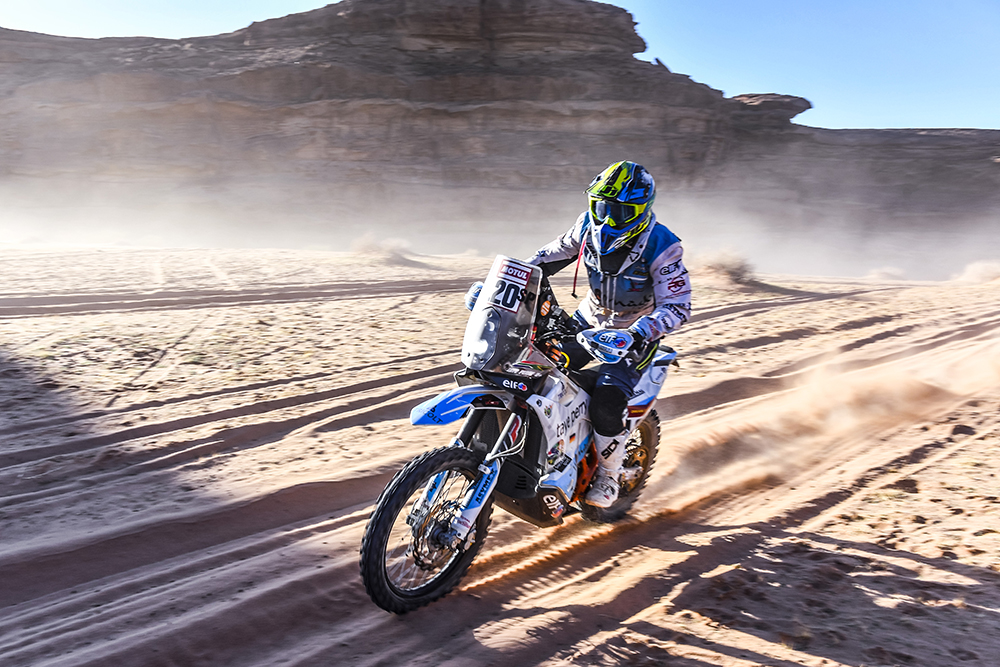 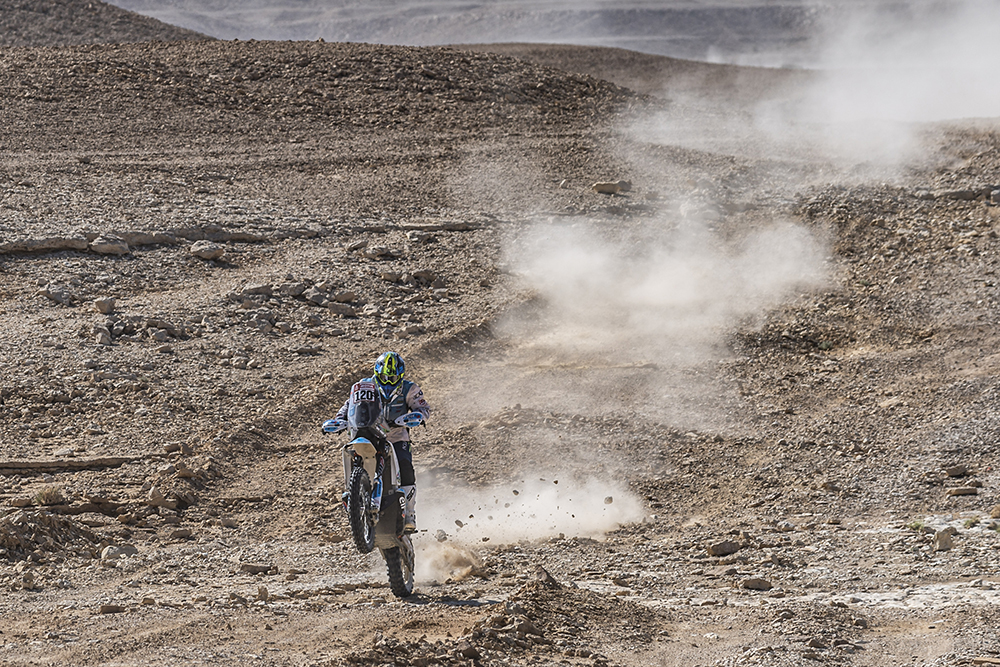 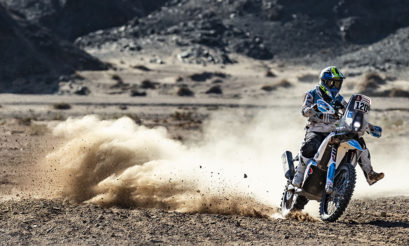 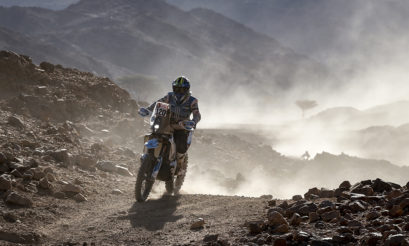 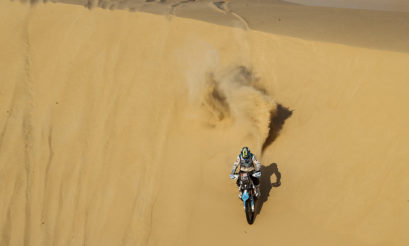 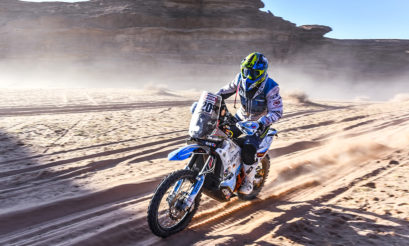 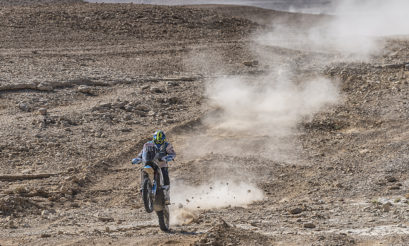 The cliché that dynamite comes in small packages might be overused but it is certainly true when it comes to Taye Perry. Despite being 1,58m tall she mastered a big rally motorcycle and finished this year’s Dakar Rally. Proving along the way that what she doesn’t have in height she makes up for in heart.

Many might not have heard the name Taye Perry before this years Dakar Rally, but for those following the event it was the name on everyone lips, for all the right reasons.

Taye has been racing professionally for over a decade in South Africa, where she has achieved multiple MSA Off road and Cross Country Titles. Being the leading off-road racing motorcycle female for numerous years, with a 97 percent race finish rate, the next natural step was to seek out international competition.

Taye gained much respect as she tackled the world’s toughest motorsport event and aimed to be the first woman from Africa to complete the rally.

Was the Dakar everything you expected?

It certainly was tough but I was expecting much more dune riding and it turned out that dunes only made up a small part of this years event. For the majority it was rough and rocky which is the kind of conditions that I love. The liaison sections early in the morning were really tough because of the freezing temperatures. In the beginning stages of the rally we had to make a plan against the wind chill with some duct tape before we were able to source some proper mittens.

Tell us about your bike?

I rode a second-hand KTM Rally replica with backup from Nomade racing. Even though I got no support from KTM as a manufacturer these bikes are the only options for privateers as no other manufacture offers a Rally bike to the correct specifications, which are ready to tackle the event out of the box. The factory machines from the Japanese brands are prototype machines, akin to a MotoGP bike and cost five times more than the bike I rode.

With no support how did you manage to do this event?

My family sacrificed a lot to make this dream come true. The entire Dakar campaign cost us around R1,8 million and the couple of sponsors that I did have only covered around one third of these costs.

How did you prepare for the Dakar?

I did Crossfit, rode my mountain bike and did other cardio. I also raced my motorcycle almost every weekend so that is great for the on the bike fitness.

It is an amazing country with some incredible history, the scenery changed all the time and so did the terrain, with everything from very fast sections to rocky fields and huge dunes.

Some riders complained about the high average speeds of the stages, how did you find it?

I didn’t mind the speeds, as I generally don’t crash when I am going fast. I am very good at riding within my limits. My falls are normally at slow speeds, mainly because I am so short. The only drawback of the high speed stages was that my second hand bike, which had done a Dakar previously, could only do about 150km/h while the fresher bikes could reach speeds of up to 180km/h, so I did lose some time in those fast sections.

You were doing extremely well until the second last stage, what happened on that day?

The day was going really well, but I had a couple of small spills, nothing serious in this kind of terrain, but after the third time my bike wouldn’t start, it just cranked over. Some other bikers helped me push the bike onto a dune where I would be visible and I went about trying to find the problem. After 3 or 4 hours the bike would still not start and I resorted, tow rope in hand, to try and get someone to tow me. The other competitors were not keen as it is not easy to tow a motorcycle through thick sand, but eventually two Spanish guys in a Toyota stopped and proceeded to tow me all the way to the finish line.

I got back to the bivouac at 11:33 that evening and the team eventually diagnosed the problem as a fuel switch that is used to transfer fuel between the three tanks on the motorcycle. I lost a lot of time on that stage and my hopes of becoming the first African lady to finish the Dakar also went out the window.

What did this mean for your overall position?

I started the last day in 100th position, but managed to pass 45 riders on that day, in the end I finished in 77th on the overall standings out of 96 finishers after spending around 150 hours on the motorcycle. Not bad considering that 180 riders started the event, but all five ladies that started this year managed to finish the event.

How do you feel about that stage now?

I am actually grateful that things happened the way they did. Sure, my overall position was not what I had hoped for but the day tested me and it made me a stronger, better person. If everything had gone according to plan it would all have been too easy.

This year’s Dakar was once again overshadowed by the death of top motorcyclist Paulo Goncalves, how did this affect riders and yourself?

Going into the Dakar you know the risk and it becomes apparent during the registration days before the event, where you literally sign your life away. Passing the stricken rider during the stage made it really tough to concentrate as that was always in the back of my mind. The following day when the stage was cancelled for the bikers, the mood in the bivouac was very sombre; bikers are really just one big family.

How did the other competitors treat you?

At first I got a weird vibe. I think most were wondering what this tiny girl is doing here and that I was occupying the place of someone more worthy of an entry. But once I started doing well and beating many of the other competitors their attitude changed. There was more respect and I was treated as one of the regulars

What would you do differently next time?

I will certainly carry more electric spares parts and I would also like to spend more time with the Rally bike, learning to ride it, but also learning to maintain it and how to troubleshoot any issues that might occur and how to fix them. That is tricky because at this stage the bike is staying in Europe in order to save costs.

What are your plans going forward?

I will be taking part in the Sonora Rally in Mexico in upcoming months on a Husqvarna 501 and plans are also in place to race the Morocco Desert challenge again. My goal is to return to the Dakar in 2021 but that is all dependant on whether we can secure funding. I am still waiting for the phone to ring offering me that factory ride.

What advice do you have for South Africans wanting to do the Dakar? 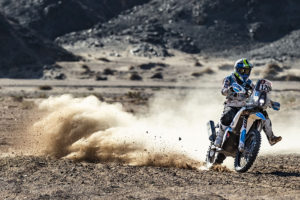 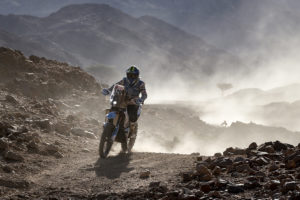 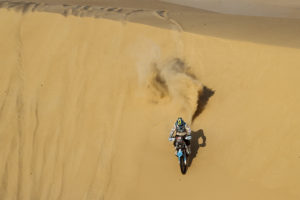 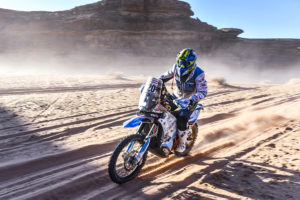 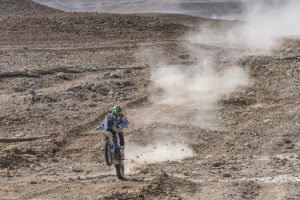