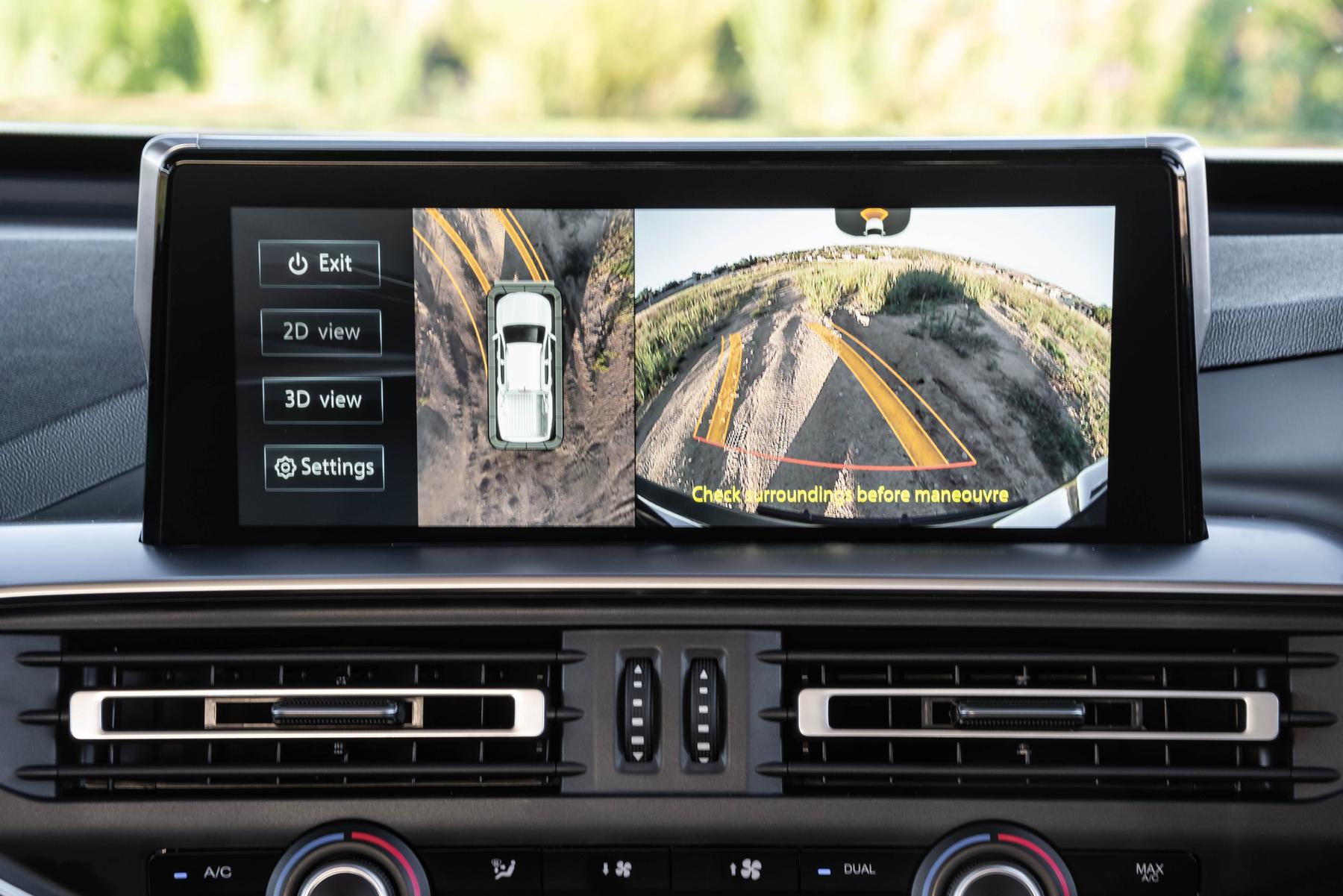 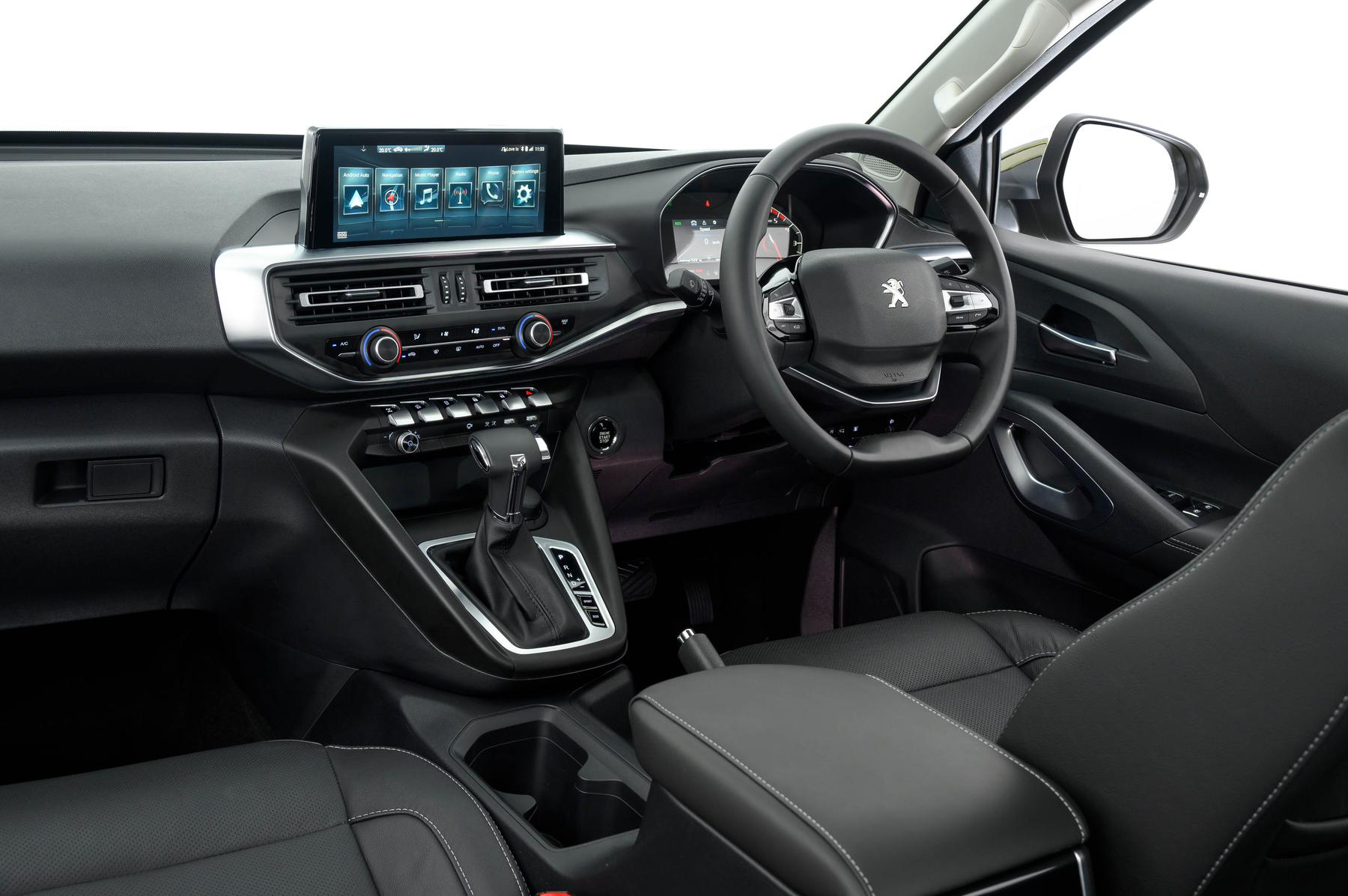 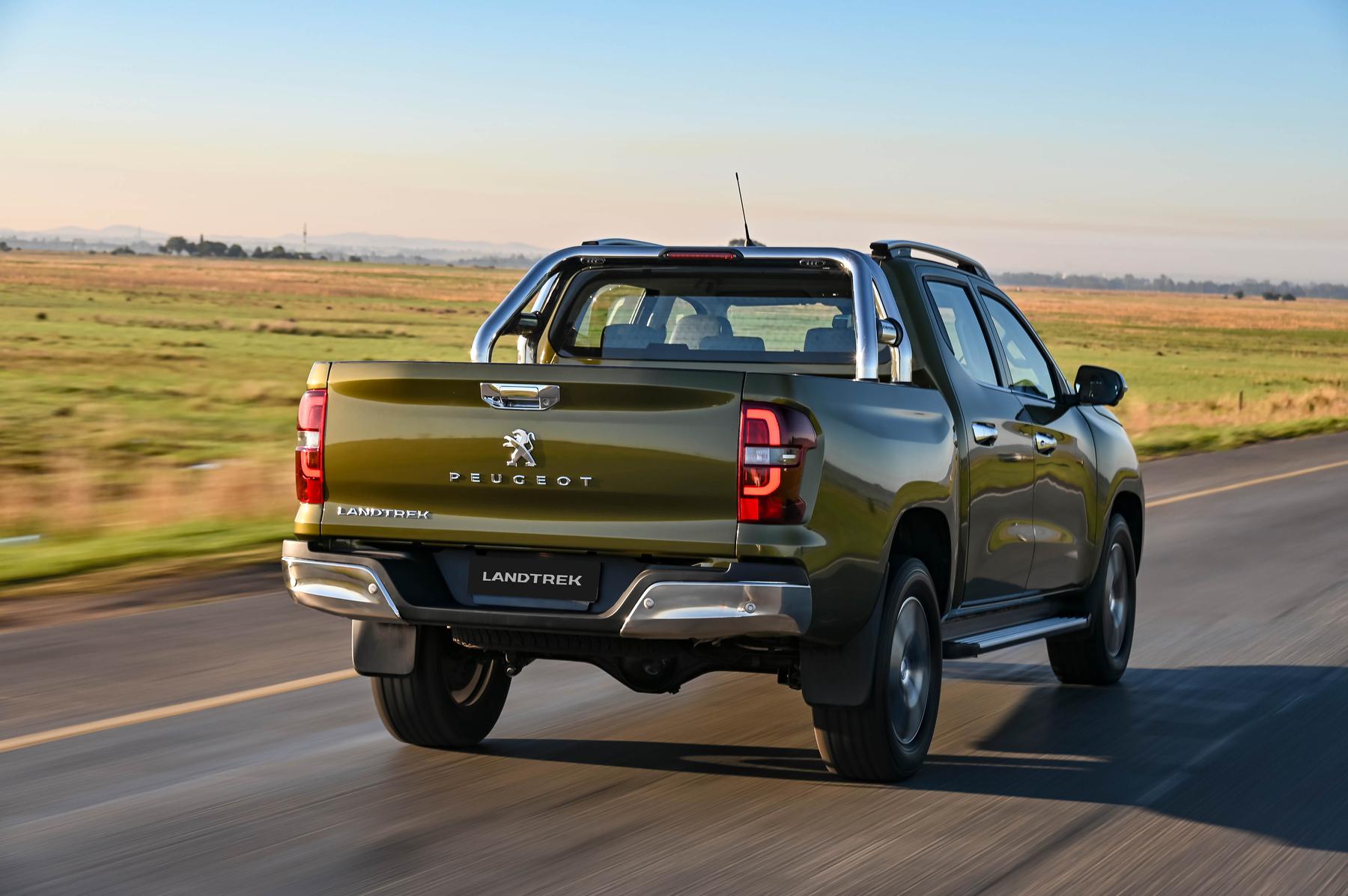 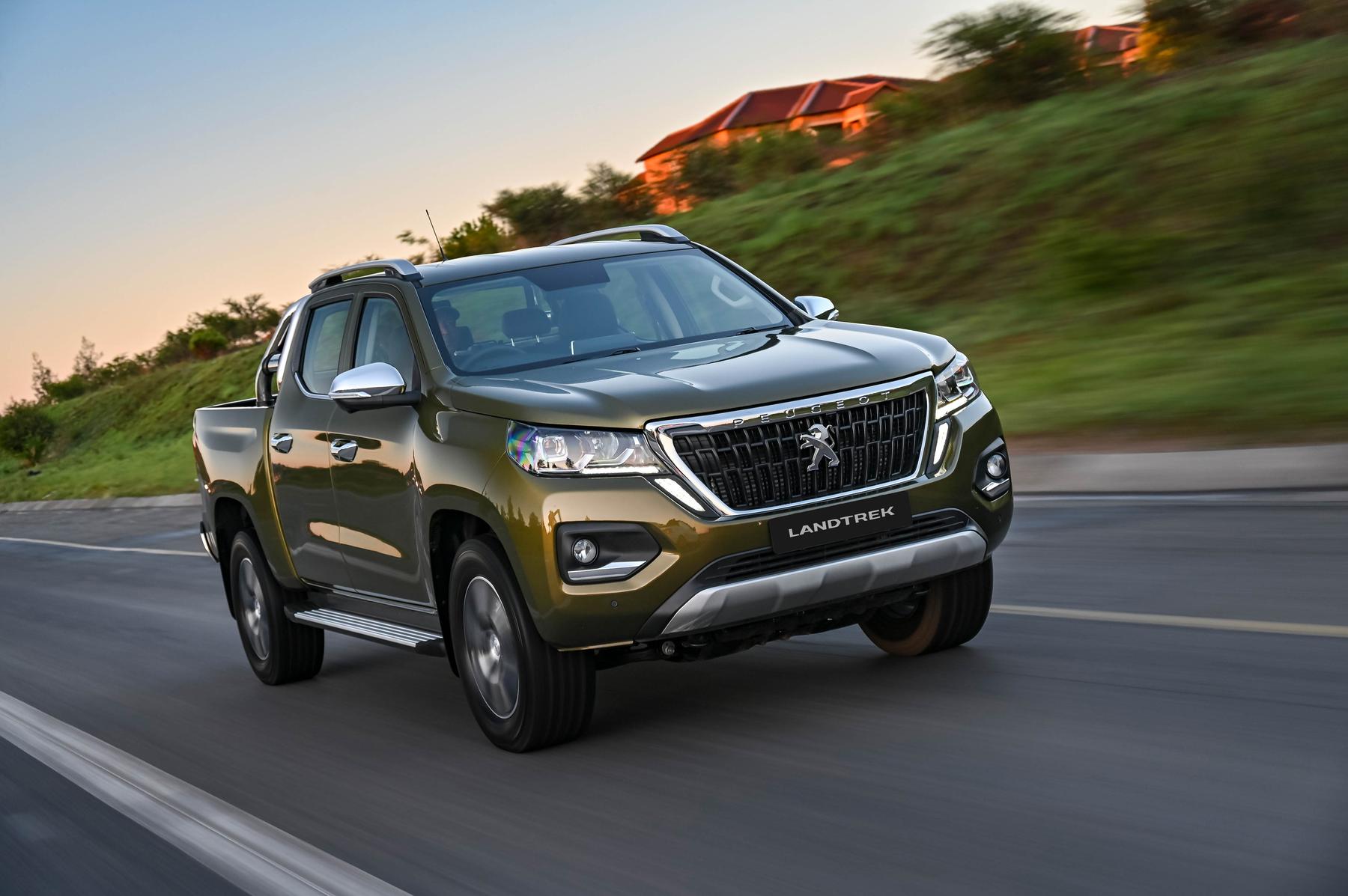 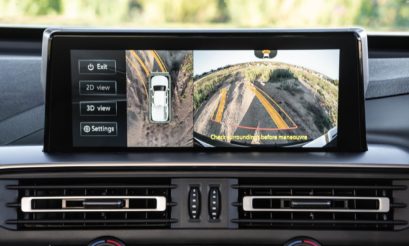 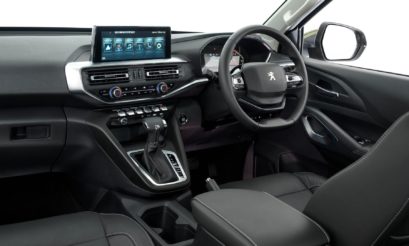 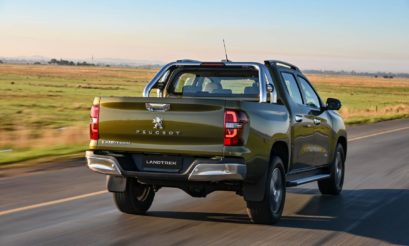 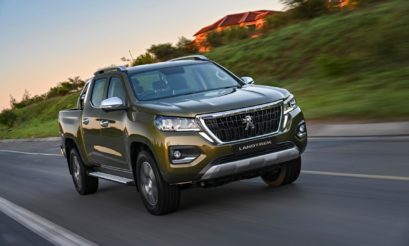 Peugeot obviously agrees. Pick any sales month and out of the top ten performing vehicles, three will be bakkies. Look a little further down that list you’ll also see newcomers like the GWM P Series and Mahindra putting up a brave fight too.  So if you’re an automaker with an interest in taking a slice of the South African market share, the data is simply too hard to ignore.

However, that’s no certainty

It might be a big segment, but it’s a tough one to disrupt. Allegiances are strong, communities are knowledgeable and take a hard, skeptical view of anything new.  In order to claw one’s way in, the product needs to arrive with higher specification at a mid-million price, while ensuring that the workmanlike fundamentals like power outputs, cabin derivatives and towing capacity mirror their rivals. Still, even as a niche product, Peugeot believes it can double its volume in South Africa.

A Peugeot bakkie might resonate with a small crowd although the long hiatus has left those halcyon memories a little stale. Quiz the younger generation about Peugeot’s model offering and you’re likely to hear nameplates like 208, 3008 and 2008, long before the 404 Wagon and 504 Pickup enter their vocabulary. As such, it’s rather optimistic that Peugeot’s past is going to influence once decision to buy a Landtrek in the year 2022, and most reacted as though this was Peugeot’s first foray into the segment.

An eye for style

As far as bakkie faces go, this one looks like it enjoys a French café and fresh baguettes as well as a mud bath and boerewors roll, thanks to upmarket details around the slim LED lights and badge, as well a chrome nudge bar and side steps. All this before the styling shoots down a wrong turn with the clunky and offensively sized door handles.

It helps that our test unit was in Olea Green but even in white the Landtrek hits the right notes by blending some sleeker lines with those angular, traditional corners. Some might say it looks a bit soft as a result, but the smart alloys bar and knobby Goodyear Wrangler tyres lend it purpose and there’s another 28 dedicated accessories available through Peugeot dealers.

Like the Mazda BT-50, the Landtrek runs a compact 1.9-litre 4-cylinder turbo engine with 110kW and 350Nm which may raise some alarm bells among SÄ’s bakkie culture which is drawn to a ‘bigger is better’ mantra. Although that has been disproved several times, I can’t help but feel that the Landtrek’s diminutive powertrain has made life unnecessary tough as it attempts to change perceptions and reverse prejudices. The one advantage that stands out is economy, our test unit sipped 8.5l/100km on the urban schedule.

Yet here’s where some of the water gets a bit murky. The Landtrek is part of collaboration with Changan Automobile in China, and this is where the engine and six-speed gearbox are sourced. Peugeot’s involvement is actually a lot shallower and cosmetic, leaving a residue of French style and quality to sit, disappointingly, on the surface.

Due to this alchemy of parts, and the fact that Peugeot was denied a equal chance to work its modern magic, the Landtrek’s powertrain is best described as average. The noise never escapes the cabin, even at cruising speed, and while the throttle response is acceptable and the gearbox times it shifts correctly most of the time, it always sounds as though it’s grinding its way through some rather mundane tasks. Refinement simply needs to be a few notches higher, which is a rare criticism of vehicles wearing the Peugeot badge.

Is the interior filled with luxurious Peugeot switchgear?

This is the area I was most intrigued by. Would Peugeot be able to add a splash of flair to the bakkie interior and recreate that car-like intimacy, creativity and insulation? The steering wheel is fantastic and sporty in your hands and those aluminum switches are another tactile highlight, although they should really have other meaningful purposes, besides turning off the traction control or locking the doors.

Window buttons, gearlever and steering controls do serve as sincere glimpses of what a 2008 cabin in a bakkie could feel like, but these high moments of Peugeot prestige just don’t linger long enough.

Unfortunately the package is wrought with niggles too. The user interface on the touchscreen is horribly structured and far too limited in the way it communicates with the switchgear. When you change the temperature, for instance, you get the smallest readout at the very corner of the display to confirm this, rather than switching across to a full and comprehensive climate menu.

There are lots of redeeming qualities, especially when Peugeot’s characteristics bubble to the surface and its full potential isn’t clouded by some cheaper Chinese touches and oily bits. There’s a light for the loadbin, a big rotary knob for off-road driving modes including diff lock and 4L, dual-zone climate, keyless entry, lane departure warning, one of the best cameras, and electric seats. All things considered, the Landtrek  isn’t short of modern systems, or buttons to press.

The Landtrek doesn’t do a lot wrong but once you’re aware of where the real underpinnings come from, it inevitably waters down what would otherwise be a very beguiling package. The Landtrek doesn’t quite deliver the autonomous features of a cheaper GWM P Series or the overall road comfort of a Ranger which means it just loses out in the crucial stages, nostalgia notwithstanding. 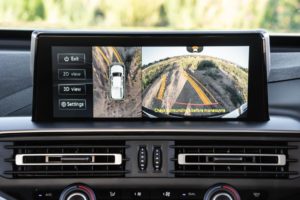 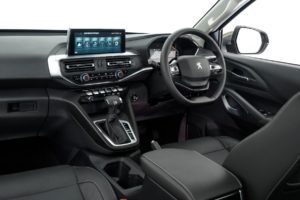 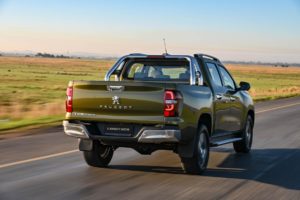 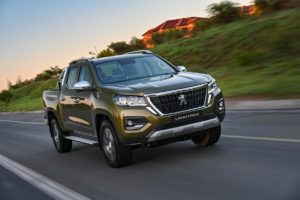