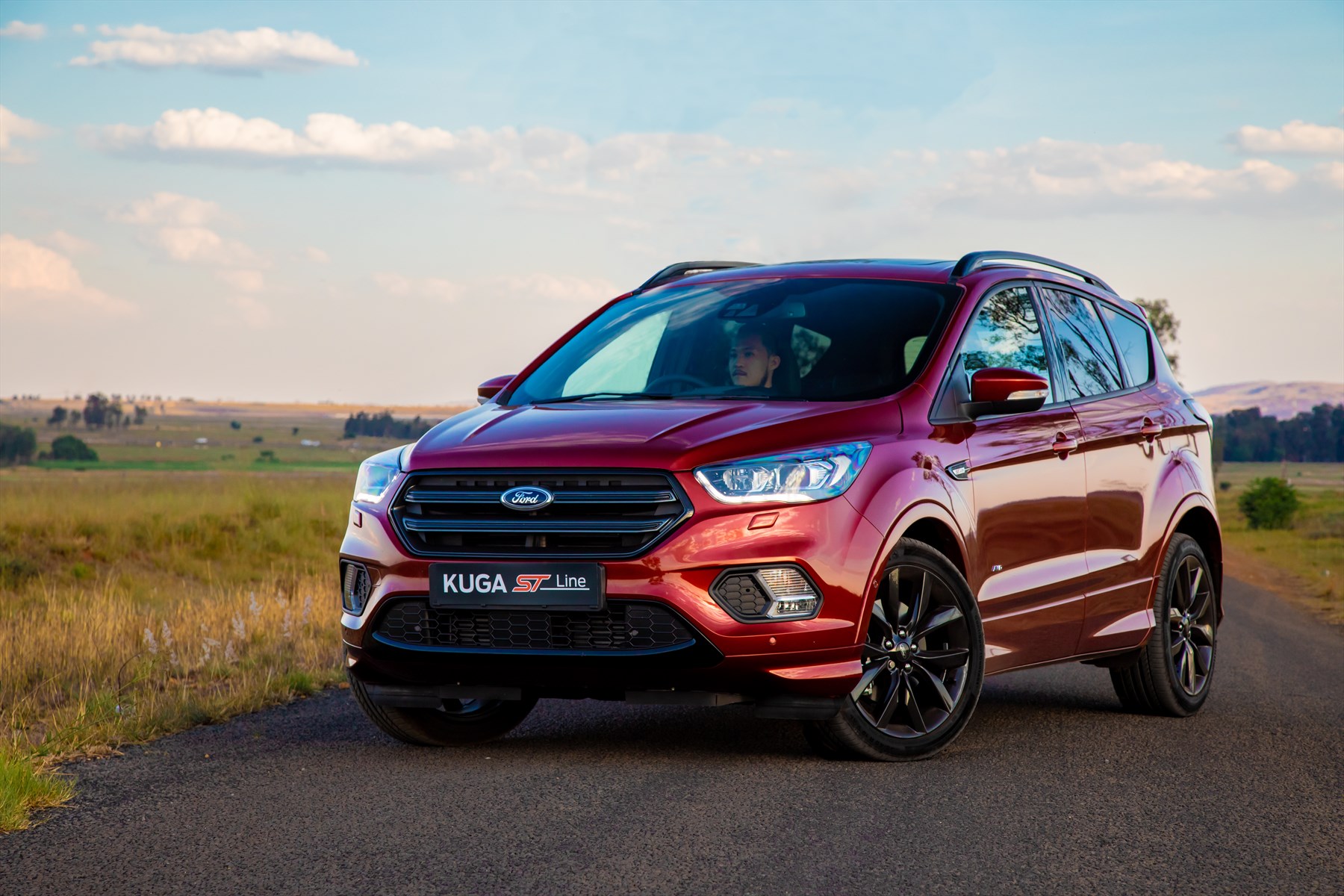 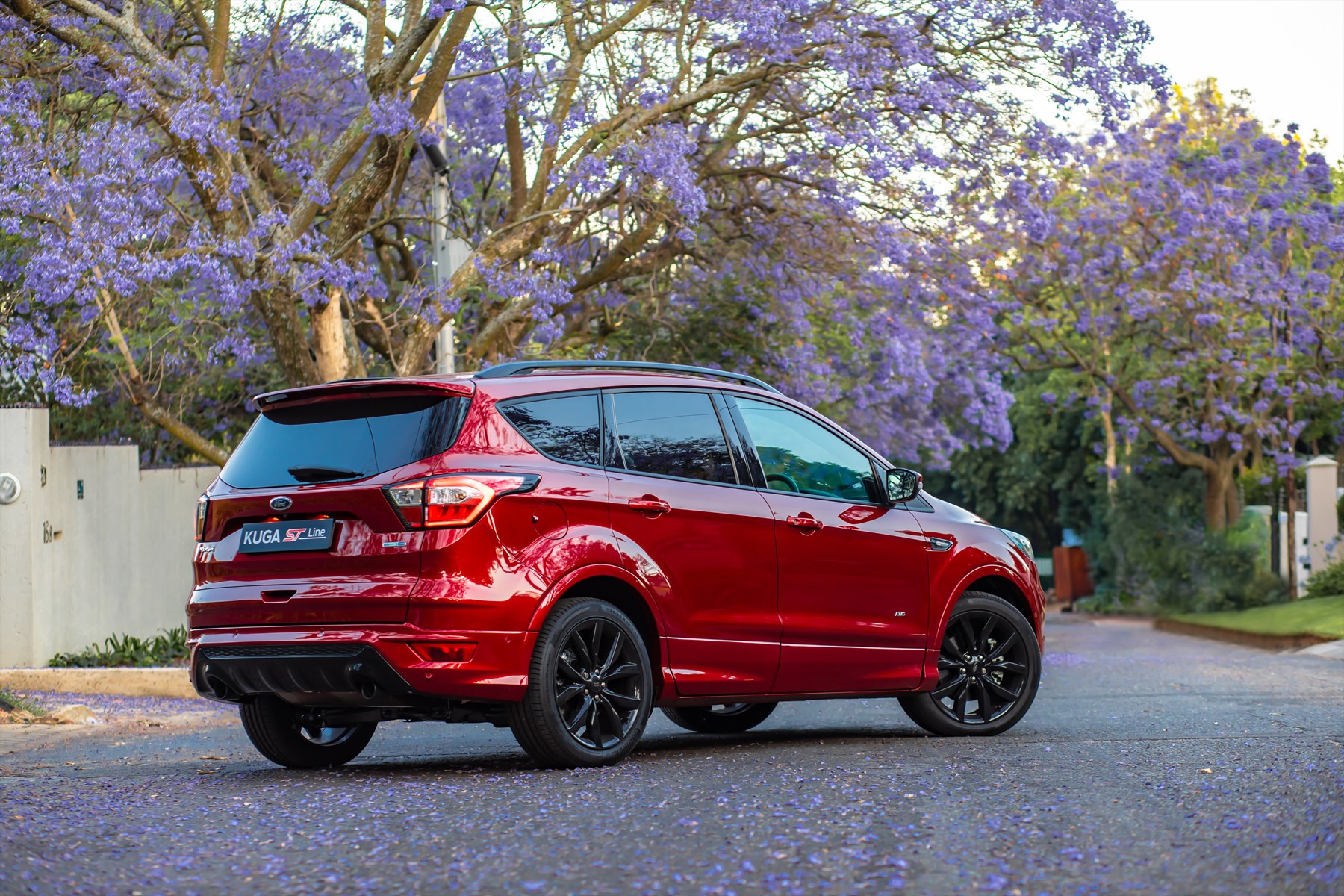 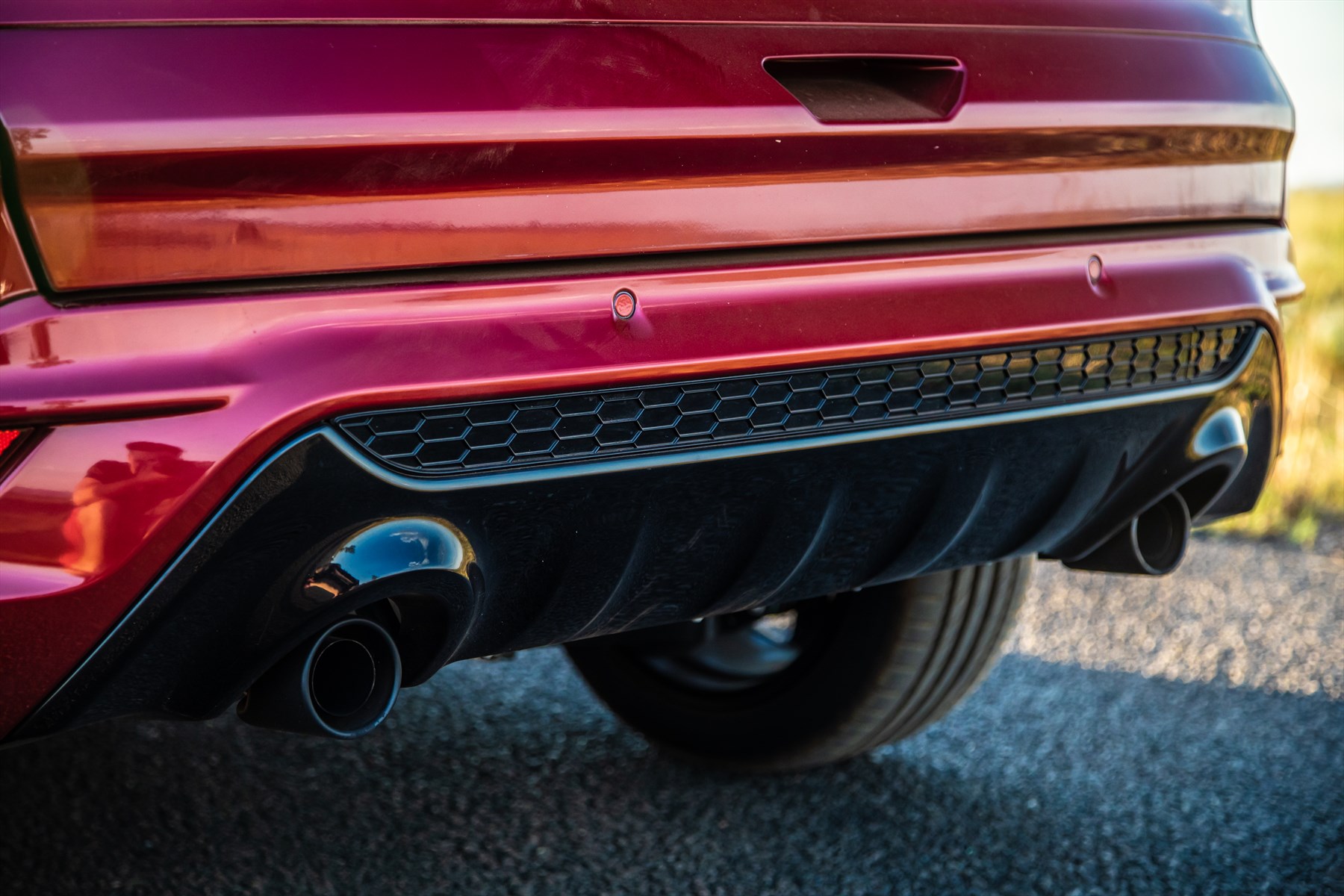 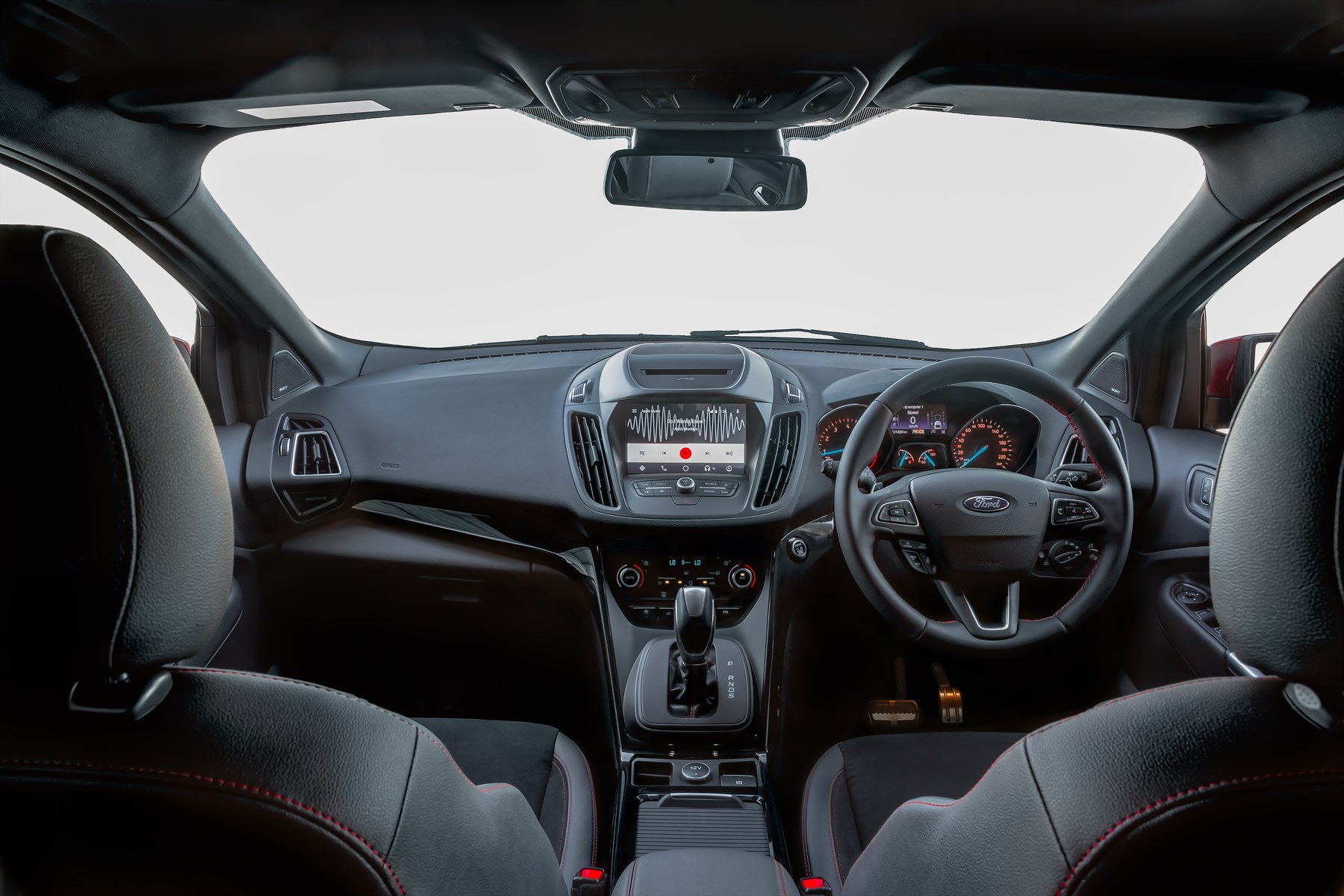 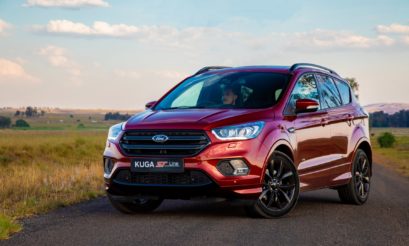 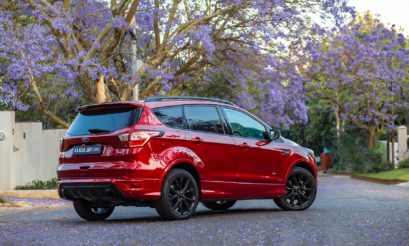 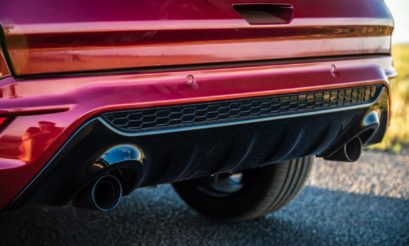 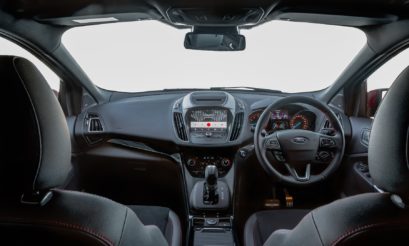 The Ford Kuga has a bit of an unfortunate reputation, but will the inclusion of a go-faster model be its saving grace?

The current Ford Kuga will never again be evaluated in isolation, because there will always be a rather large elephant standing next to it.

At this point the firegate saga is well-known in South Africa, yet there’s nothing concrete we can state about it. Ford hasn’t been found guilty of anything and at the time of going to print, was in negotiations with the National Consumer Commission to see if a settlement couldn’t be reached with alleged victims.

There’s no denying the fact that it did some serious damage to the Kuga’s reputation. Ford’s other products keep selling up a storm, yet the Kuga struggles to gain the traction it once had. We understand the hesitation however, especially with such a large competitor pool customers can dive into.

The Kuga is completely overshadowed by the alleged poor design of one singular model, but does that mean we should disregard every other model in the range. We remember the diesel being rather good and have to admit that we were quite captivated by the idea of a performance model, which Ford recently added to the range.

Uhm, no. This is a Kuga ST Line and not a Kuga ST. It’s pretty much the same thing as BMW’s M Performance line-up and Mercedes-AMG’s 35 and 43 models. If you require a more South African comparison, think of it as “mild” rather than “Xtra Hot” on the Nando’s Peri-Ometer. Enough to give you a skrik, but not enough to land you in hot water. Actually, for the purposes of this Nando’s comparison, you’d most likely end up in a bath of cold water.

In any case, the answer is no. The Fiesta ST was built for a singular purpose and because of that, it was epic.

The Kuga ST Line has to tick more boxes, so compromises had to be made.

Fast is a relative term. If you happen to be upgrading from a 1.0-litre EcoSport, then yes. The ST Line will undoubtedly provide a satisfying forward surge. Upgrading from a Fiesta or Focus ST? Then the answer is unfortunately no. There’s still a healthy dose of urgency, but it tapers off much quicker than it does in the hatches.

A more relevant question is whether it’s fun. Car lovers will know that fast and fun aren’t mutually exclusive. A perfect example is the Ranger Raptor, which is an absolute riot at 80km/h. The same is true of the Renault Kwid and its skinny tyres on a gravel road. Simply put, you don’t need a bazillion horsepower to coax a few mischievous, yet deeply gratifying antics out of a car.

With 177kW and 340Nm of torque delivered from a 2.0-litre turbocharged four-cylinder petrol engine, the ST Line is certainly equipped with the right kind of engine.

It may sound somewhat on the dreary side, but Ford also made a few other changes to enhance the overall driving experience. The ST Line features thicker anti-roll bars, a 10mm drop in ride height and stiffer suspension bushes. The spring and damper rates were also adjusted, but the cherry on top is the calibration of the electric power steering. The added weight adds an admittedly artificial feeling of “sportiness,” but it works so we’ll let it slide.

Sportscar with an SUV body?

Another no, but does it actually have to be? There’s minimal body roll through the corners and it has loads of grip thanks to the all-wheel drive system, but it’s far from being a sportscar. It lacks the noise, drama and inherent naughtiness of something sporty, though you can get it to misbehave if you really want to.

If its sportiness you crave, we’d recommend going for a sedan as neither this nor its direct competitors can honestly claim to be sporty.

Is it any good as an SUV?

When we first drove the Kuga a few years ago, we remember it being at the top of its class. A lot of time has passed since then and unfortunately, the Kuga is starting to show its age. The Tiguan moved the game on a bit, not to mention the all-new RAV4 launched last year.

Having said that, the Kuga has been kept up to date, so it’s not lacking as far as standard equipment, space and comfort are concerned.

All the latest kit, including some pretty impressive safety features, are included as standard.

There are certain parts of the interior that seem below par quality-wise, but we like the added styling bits you get in the ST Line. The contrast stitching on the seats are nice and the red stitching on the steering wheel works very well.

The amount of space remains on par in the segment, but the driver’s seating position is odd. It harks back to the days where you felt like you’re sitting on the car, rather than nestled in it. If we’re being brutally honest, it feels oddly similar to driving one of Ford’s Transit vans.

Surprisingly, the ST Line actually excels in this department, even though our test unit was fitted with the optional 19-inch alloy wheels. We wouldn’t tackle any 4×4 trails in the Kuga, but it’s perfectly happy on a corrugated gravel road at 80km/h.

The Kuga ST Line is not as engaging as we would have hoped, but as stated near the beginning, Ford was very clear that this isn’t a full-on ST model.

As a sort of sportier, yet still massively convenient SUV, it works really well and it undercuts its two direct rivals – the Tiguan 2.0TFSI and the Tucson Sport.

Our only real gripe is the fuel consumption, which is on the high side. This particular model has no problem gulping through its tank in 400km, but luckily there is a remedy. Ford also offers the ST Line with a diesel engine, which might be a better fit. Since the petrol doesn’t offer any real audible pleasure, one might want to investigate the diesel that’s nearly as powerful and undoubtedly more fuel-efficient. 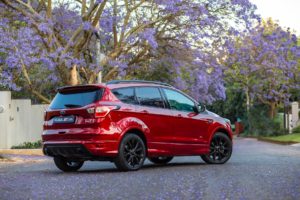 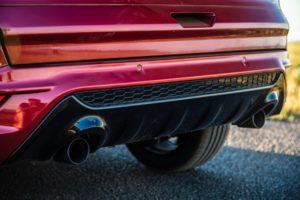 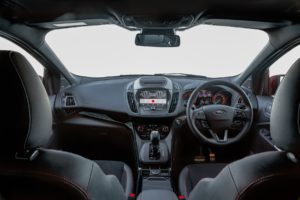