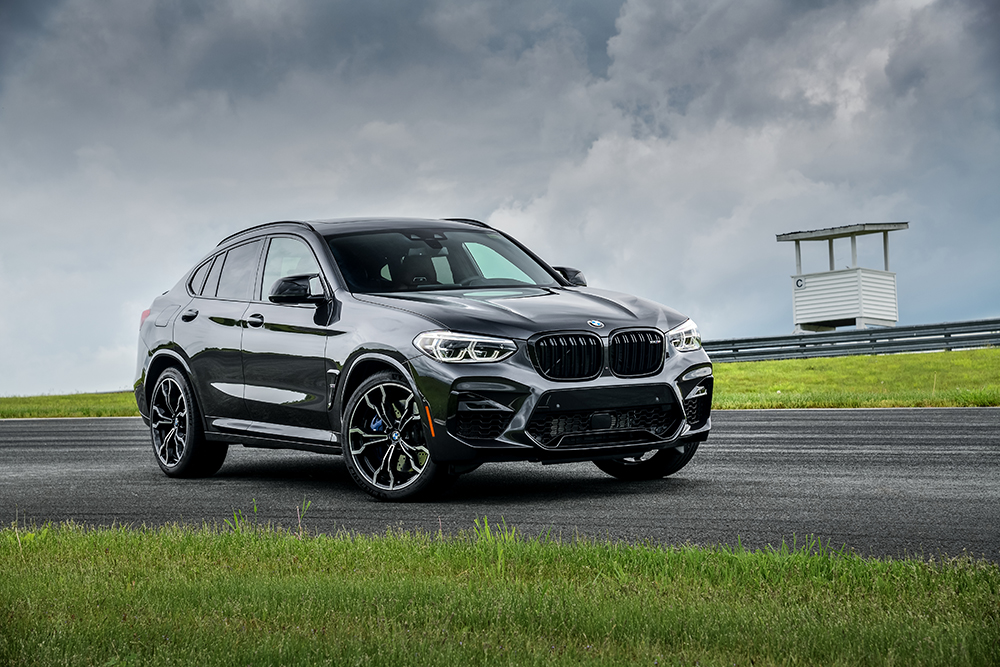 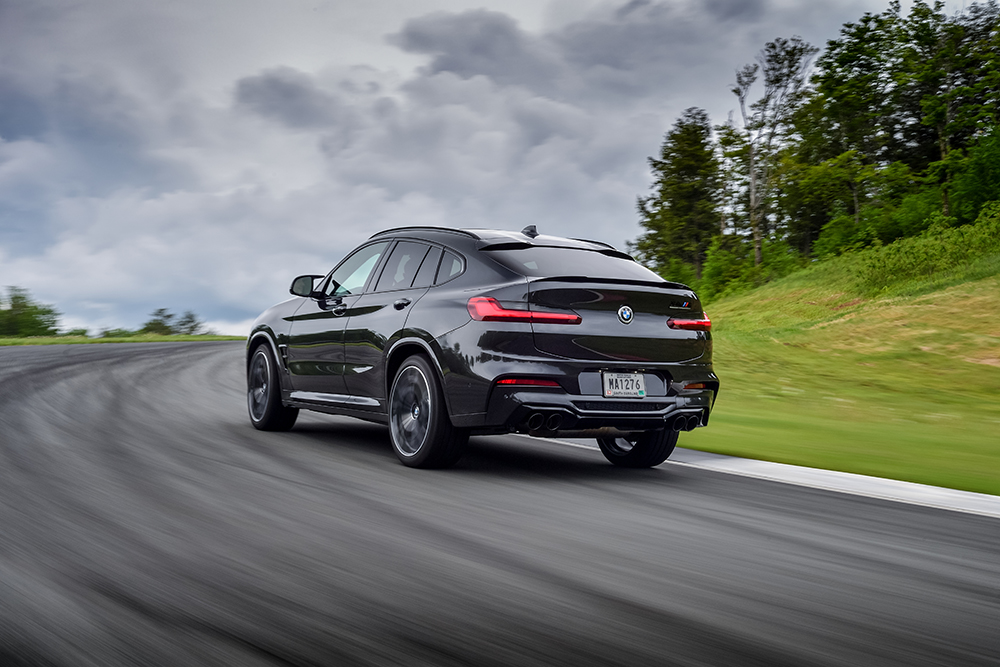 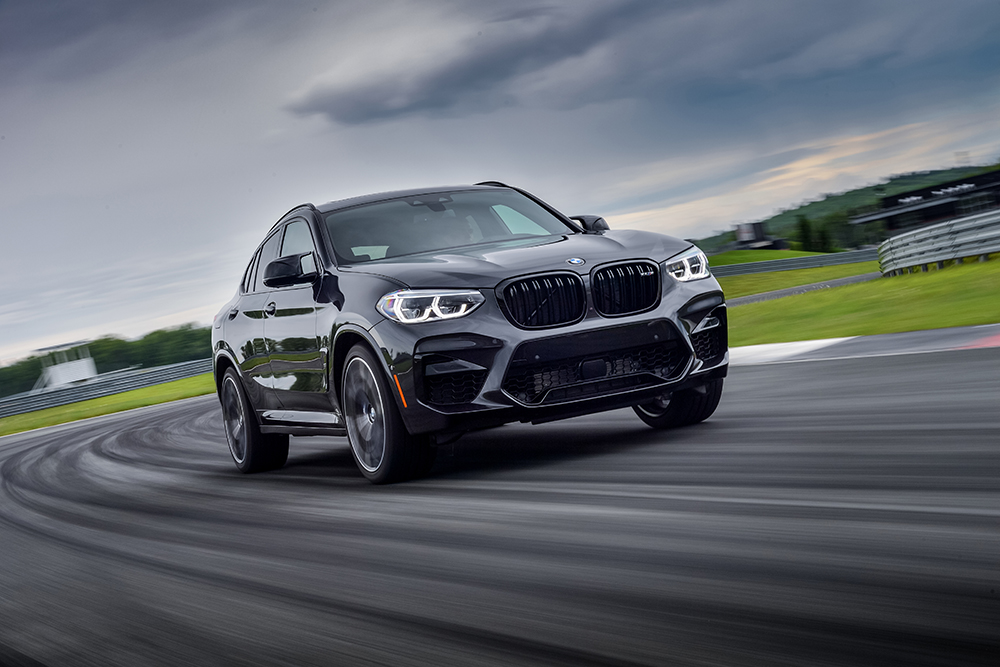 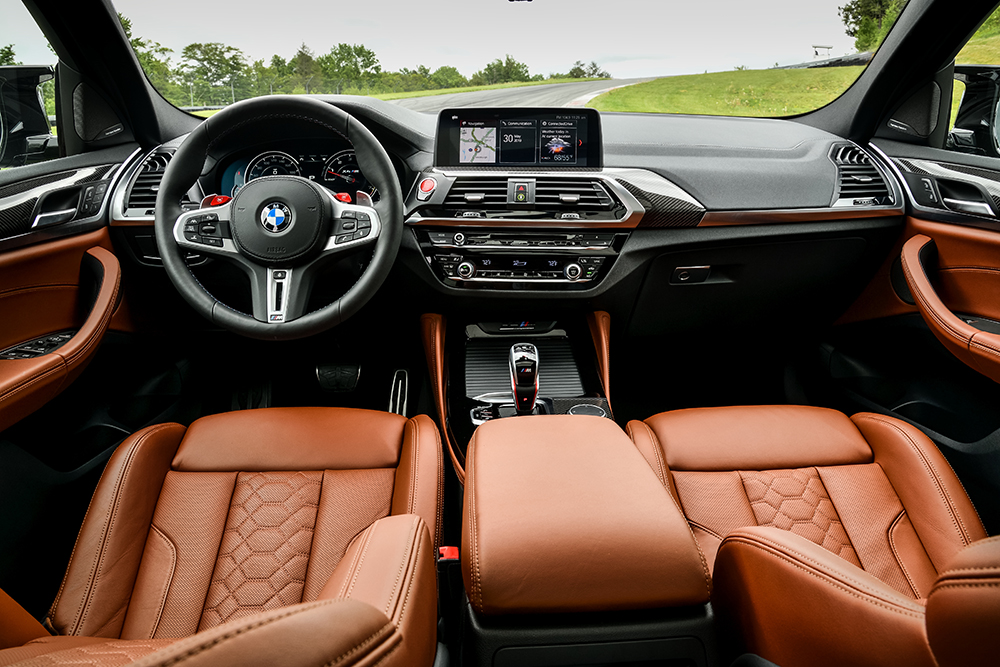 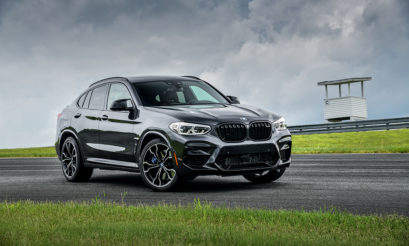 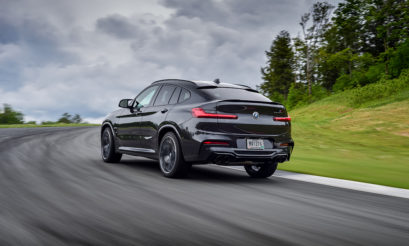 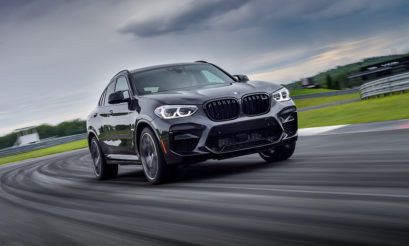 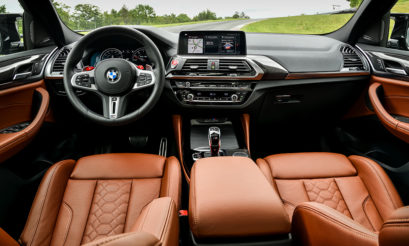 BMW’s mid-sized SUVs, like the X4 are rather popular but now BMW has transformed them from SUV to sports car with the full M Competition treatment.

What happens when you combine a command driving position, all-wheel drive and BMW’s most powerful straight-six petrol engine? You get a car that reels in the horizon like the best sports cars while still offering a dose of practicality, that’s what.

Under the bonnet is a newly developed high-revving 3.0 litre unit with M TwinPower Turbo technology generates 375kW and 600Nm in the Competition variants.

Naturally, an advanced high-performance engine like this generates plenty of heat. The track-tested cooling system has been designed to work around this and comprises one central radiator and two positioned either side of it. It also includes an engine oil cooler and separate transmission oil cooler.

Putting the power down

Transferring all this power into forward motion is an eight-speed M Steptronic transmission with Drivelogic coupled to the new M xDrive all-wheel drive system. As well as fully automated gear changes, it also enables manual shifts with sequential gear selection. Manual mode allows the driver to shift down several times to the lowest gear possible, so as to utilise the engine braking effect and it does not force upshifts during acceleration. Three levels can be chosen via a button on the gear lever, which alters the transmissions shift characteristics from smooth and efficient to lightning fast.

The new M xDrive all-wheel-drive system plays its part in the vehicles sublime performance attributes. This system, which was first seen on the M5, blends the traction related benefits of sending power to all four wheels with the proven dynamic qualities of classical rear-wheel drive. The electronically controlled M xDrive, works in tandem with the Dynamic Stability Control, only shifts drive to the front axle when the rear wheels reach the limits of their power transferring ability. This traction trickery and some very large tyres help in rocketing the X4M from standstill to 100km/h in a claimed 4.1 seconds.

Does it sound good?

The sound of a car like this is very important, therefore an exhaust system was tailor-made to fit this new six-cylinder. The dual branch pipework leads into a bespoke silencer that exits through two 100mm tailpipes. Electrically controlled flaps help to produce the rich engine note for which BMW M cars are renowned.

The M sports exhaust system, which is standard fitment on the Competition models, provides an enhanced acoustic showcase for the engine’s brawny and linear power delivery. From inside the cabin the soundtrack is still fairly sedate, but judging by the reaction of pedestrians it sounds like the world is about to end when this BMW blasts past.

Soaking up the bumps

Under the skin is a very trick suspension setup that ensures balanced predictable handling given the weight and power that this vehicle puts down. The bespoke kinematics and elastokinematics of the M-specific suspension can be tuned via three settings, ranging from harsh to lose your fillings hard. I am sure that this is not the case on the Autobahns of Germany but on Johannesburg’s backroads the car is as firm as the best sports cars as it hops and skips along. Fortunately the well-bolstered seats go a long way in minimising some of the discomfort.

The chassis package is rounded off with M-specific steering and powerful M brakes hidden behind 21-inch light-alloy wheels.

What do the buttons on the steering wheel do?

Like all real M cars, the driver can tailor all the systems to their preference. The damper control systems and M xDrive modes, the engine and transmission characteristics and steering set-up can be adjusted at the touch of a button. The DSC system can be configured to allow wheel slip in M Dynamic Mode and then switched off if need be. Plus the content shown in the optional Head-Up Display can be specified via the iDrive menu. The driver can store two overall set-up options configured as desired from the above parameters in the iDrive menu and select them as and when required via the two red M buttons on the steering wheel, that wouldn’t look out of place in a racing car.

Does it look the part?

There is no mistaking this model for a regular X4. Apart from the regular M garnishing, the Competition variants feature further exclusive accents to the exterior in the form of high-gloss black kidney surrounds, exterior mirror caps and M gills. Unique diffuser styling is flanked by those large exhaust pipes. Up top is an M-specific roof spoiler, whose design extends the flank lines into the powerfully contoured tail that is rounded off with a tailgate spoiler.

Inside the aura is enhanced with M Sport seats with extended Merino leather upholstery, model-specific door sill plates and a model nameplate on the centre console. Options for the Competition models include special bi-colour leather upholstery variants with Alcantara applications.

The X4M is a superb vehicle but the lines between sports car and SUV are very blurred. It features the engine that is set to do duty in the next M3 and M4 and all-wheel drive. However, that all-wheel drive does not mean it is meant for off-road driving.

The model-specific design features are geared squarely to the functional requirements of a high-performance car and the highly distinctive appearance means that this is immediately apparent. The large frontal air intakes ensure an effective supply of cooling air for the engine, transmission and brakes.

The hugely potent engine, their chassis, underpinned by motorsport expertise, and perfectly balanced aerodynamics combine to create the type of thrilling all-round package for which BMW M cars are renowned.

When we tested the more regular variants of the BMW X4 we were left scratching our heads, wondering if it is trying to be a sports car, a coupe or an SUV.

After a week behind the wheel of the X4 M Competition we find ourselves asking the same question. This vehicle might feature SUV or Coupe styling but under the skin it is a thoroughbred sports car, offering those who prefer a higher seating position a car that can rival any model from the M stable or any sportscar for that matter. 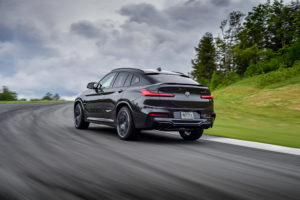 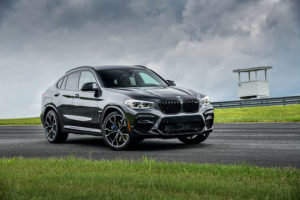 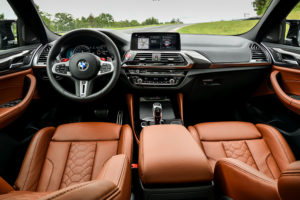 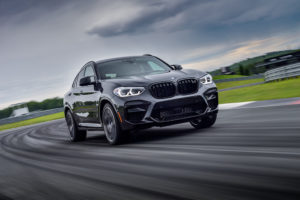