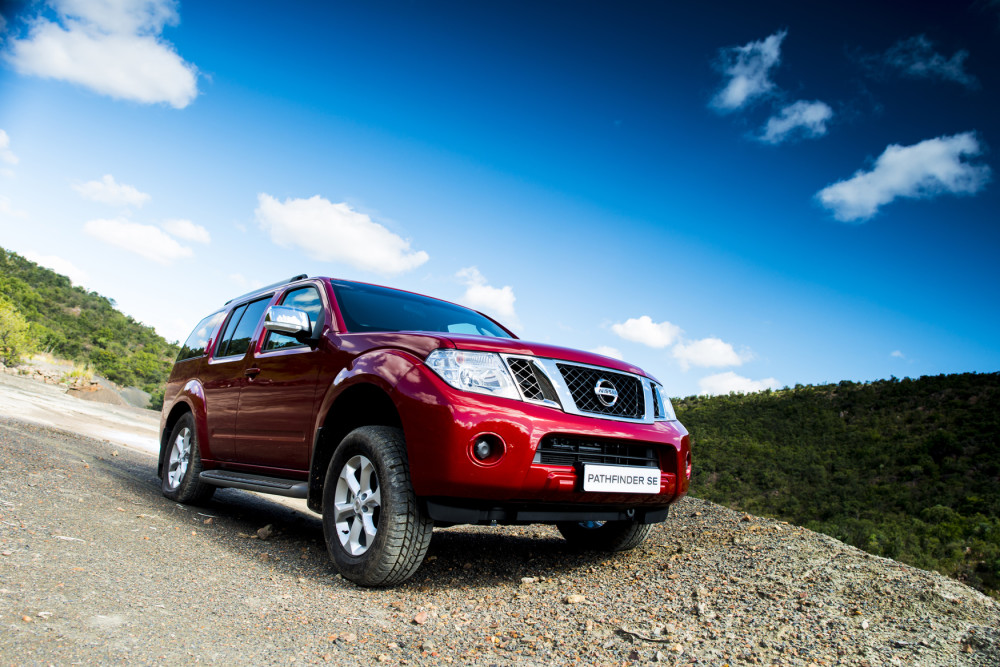 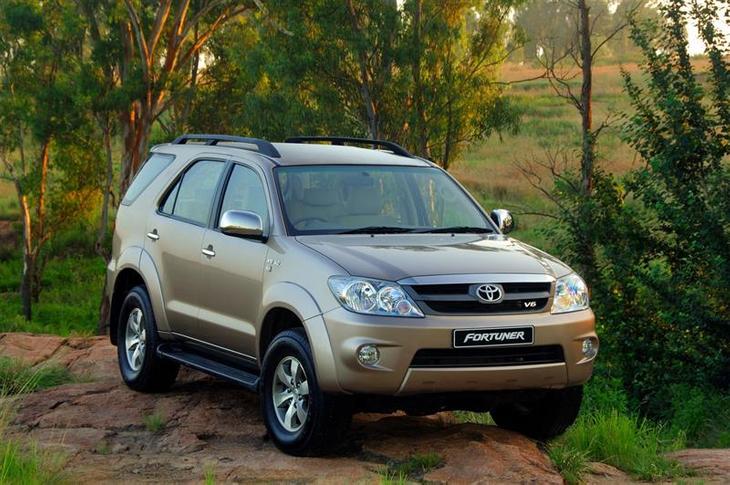 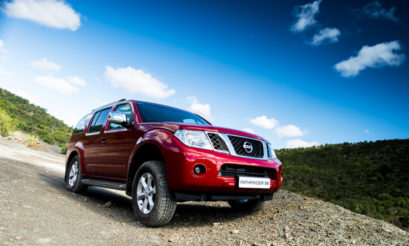 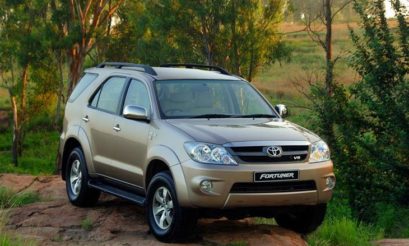 The average family is getting smaller, yet more and more vehicles are capable of seating seven. Maybe it is becoming increasingly fashionable for people to take their in-laws with them on holiday. We compare two seven-seaters from Toyota and Nissan

The average family is getting smaller, yet more and more vehicles are capable of seating seven. Maybe it is becoming increasingly fashionable for people to take their in-laws with them on holiday. We compare two seven-seaters from Toyota and Nissan

The perceived need for seven-up travel is an increasingly important aspect of car design, adding fresh challenges for engineers in what to do with those extra pews when they’re not in use, and how to make them both comfortable and compact. Some designers clearly take the approach that they will seldom be used, and if so it will inevitably be by children: comfort and ergonomic issues are seen as being relatively unimportant.

The seating philosophy therefore defines our two SUV contenders – both intended for serious overland trips – and simultaneously highlights their differences.

Toyota’s Fortuner is clearly a development of the Hilux bakkie (the major difference is the fitment of coil spring rear suspension, but retaining a solid axle), while the Nissan Pathfinder is an altogether more sophisticated beast, albeit still able to trace its family tree to the Navara pick-up.

The two contenders are similar in that they both boast intercooled turbodiesel powerplants, but there is a fair difference in their equipment levels – especially with regard to safety kit – and therefore some R75 000 between their retail pricing. Nonetheless, we still see them as logical rivals, though the Hilux provides a more prosaic route in getting to the same destination, both literally and figuratively.

The Fortuner looks a lot like the Hilux, which some people consider unfortunate. The Hilux is no beauty and from the front they are virtually identical, the most obvious difference being the Fortuner’s chrome detailing along the leading edge of the bonnet. The sides and rear of the wagon are somewhat slabby and bulbous respectively, the expanse of sheet metal accentuating a relatively narrow glasshouse. The rear boasts a huge tailgate, topped by an unsubtle roof spoiler.

The Pathfinder isn’t going to win any pageants, either, but it has an angular masculinity – à la Discovery – which many buyers find appealing in this kind of vehicle. The sense of occasion is aided by 17-inch wheels (The Fortuner has 16s) and blacked out privacy glass for the back windows.

The Toyota has more or less everything you’d expect at the price: the all-wheel-drive system is operated by a second lever, a limited- slip differential apportions torque front/rear and there’s also a rear diff lock engaged via a dash-mounted button. It’s what it doesn’t have that is more noteworthy: the headlights must be adjusted manually – a bind for regular towers, surely – the carpets seem to be of indifferent quality, and a CD shuttle would be nice at this price. Also, there are only two airbags.

The Pathfinder changes drive modes via a rotary switch, uses electronics rather than mechanical hardware to control the traction and grip at the independently sprung wheels, and has six gears. There are heated seats, sunroof, multifunction steering wheel, and slightly unconvincing wood trim.

Despite its superior goody count, the Pathfinder doesn’t win this battle. Sure, it has a much more up-market ambience, and it is very well insulated – against engine noise in particular. Yet as a seven-seater the Fortuner scores higher. Its sliding middle seat (split 60/40, as opposed to the Pathfinder’s useful threeway split) allows the cabin to be configured so that there is decent space for all. With it positioned fully forward, there’s still room for lanky legs and big feet, compared to the middle row of the Nissan which doesn’t offer as much of either, and you’re forced to sit with knees drawn upwards. It is better across the shoulders and elbows for adults, though – a fact that also manifests itself in the roominess of the front row.

While you don’t want to spend a long time in the back of either vehicle, the Toyota’s economy class pews are more sumptuous and provide a more natural seating position. Critically, there’s also foot space. Getting into the back of either isn’t for the aged or infirm, though the Nissan’s squarer back doors and seating design make the task easier.

With a full complement of passengers there’s not much space for anything else, though you can squeeze in a few soft bags, but in both you run the risk of items toppling out as the tailgate is lifted. The Toyota has more luggage width, the Nissan more length, and the latter also has a little compartment under the floor. By the way, they both sling their spares underneath the vehicle.

It’s when the third row is stowed away that the Nissan shines. The seats fold flat into the floor, for an uninhibited load space. By comparison, the Toyota’s “occasional” seats hang from the sides of the luggage compartment, restricting the width considerably. With all back seats flipped forward and folded away, the Nissan has impressively uninterrupted space in all planes and a 1,8m loadbed length.

Not a lot in it here, the Nissan 2,5 dCi performing admirably despite having an extra 280kg to push and pull around. It has an extra 8 kW and 60 Nm though, so when all is said and done, there’s little difference in the power to weight equation, with the Toyota just having the edge.

Our performance numbers bear this out, and the Fortuner noses ahead in a race from standstill, though there is only fourtenths of a second between them up to 100 km/h. And it maintains its small advantage all the way up to top speed, its superior aerodynamics (at least to the untrained eye) helping it to reach almost 180 km/h.

The Pathfinder also feels as though it has the narrower powerband, but the extra gear ratio means more options for the driver when it comes to overtaking. From around 1500r/min the Toyota already feels mighty and because its torque is that much more accessible, it is easier to live with.

Nothing highlights this fact more than offroading. Gear selection is critical when stepping gingerly over rocks or up steep inclines, and the Pathfinder engine can go from hero to zero in an instant if the engine speed drops below a critical threshold. The end result is that first gear low range is inevitably chosen, which can then make throttle modulation difficult on poor surfaces.

The Fortuner is the hands down loser in the stopping contest. The disc/drum mix never inspires total confidence, and its overall stopping stability was compromised by a tendency for the front end to bounce, hurting its consistency.

The Pathfinder is also better at the pumps, despite having slightly shorter cruising legs. With its generous 80-litre tank it’ll be capable of a genuine 700km between refills.

Both are better than we expected cruising the tarmac, the Fortuner being particularly impressive considering it has a live rear axle. That fact becomes more apparent the poorer the surface, with some lateral and vertical body movement acting as a speed control. The Pathfinder feels more comfortable on any given surface, and is almost plush by comparison.

Press on, and it feels more in touch with the tarmac most of the time. Its tyres are also of a lower profile and it responds a little more confidently to the helm and does a good job of disguising its bulk.

That softish suspension is less of an advantage off road, and despite impressive static ground clearance of 232mm, like most fully independent set-ups it obviously reduces as the springs compress. And with a 2,85m wheelbase, that makes for a less than impressive ramp angle and occasional grounding of the underside.

Toyota’s less complex suspension and fourwheel- drive package still impresses. With the diff lock engaged it’ll claw its way up and over almost anything and the control and compliance of the front suspension is impressive indeed. Strong engine braking allows for confident “feet up” descents. It also has the better departure angle, and is less likely to bash its spare tyre exiting gulleys.

Going the electronic route has its advantages, but on occasion the Nissan’s system reacts more slowly than we would have liked. However, keep your right foot down – essential if you’re not going to lose revs and stall the motor – and it’ll grab and release the brakes on any given corner of the vehicle to transfer power to wheels with grip.

On loose sand it works a treat (where the limited wheel travel is not an issue, either), and the electronic aids also make it secure on wet tarmac. Ultimately, we’re not totally convinced that computer-controlled software is superior to driver-controlled hardware in all respects yet.

Is the Pathfinder R75 000 better than a Fortuner? It’s ultimately a pointless question, because the typical buyer in this segment probably won’t be too obsessed with cost. It is more refined in terms of insulation and noise suppression, feels more sophisticated in terms of ride and handling, and impresses with its engine’s economy and refinement.

The real issue, therefore, is how well the Fortuner fares by comparison for R75 000 less, without leaving occupants feeling shortchanged in terms of features and comfort. In addition, it makes a better fist of being a seven-seater, despite being shorter overall and in the wheelbase.

If the battle was only about value for money then we would have to give the nod to the Toyota as it does truly combine serious SUV ability from a “name” brand with a price more often associated with double cab bakkies. But the Pathfinder takes comfort and convenience to another level, albeit only for the first five through the doors.

This test was originally conducted in 2006. As mentioned, there was a R75 000 price difference between the two SUVs back then.

In 2020, the Fortuner is more expensive, in fact, it has retained its value rather well. Fortuners that were sold between 2006 and 2007 still retail for as much as R230 000. The cheapest model we could find was just under R130 000. It’s a 4.0-litre V6 4×4 with a manual gearbox and a partial service history. The latter likely explains the huge price gap.

The most expensive Pathfinder we could find from that era currently retails for R169 000. It’s a 4.0-litre V6 automatic with all the features available at the time. The cheapest example we could find retails for just R61 000.

The diesel models retail for more or less the same as their petrol counterparts, but petrol models are easier to find.

With more than ten years between then and now, we also have hindsight. We’re now able to look at owner forums to see whether either car experienced big problems.

The good news is that both are reliable options. The Toyota’s engine is famous for its reliability and problems with the 2.5-litre in the Nissan are rare. Most complaints for both are quick fixes, like interior door handles coming loose after years of use and sun visors refusing to stay up. 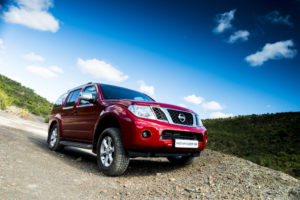 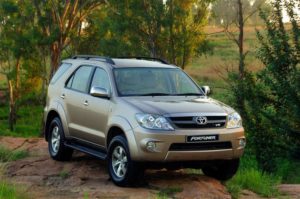