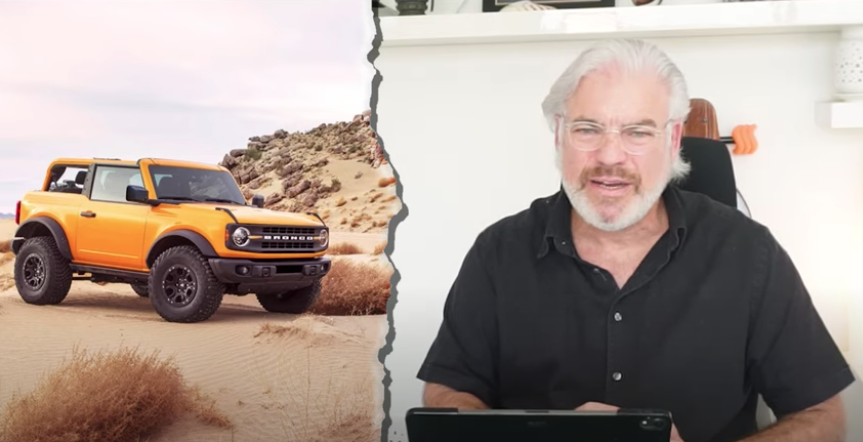 Frank Stephenson is a British-Spanish-American design guru, that may be an understatement, we’re willing to go as far as calling him a design deity.

He’s been Director of Design at BMW, Mini, Ferrari, Maserati, Fiat, Lancia, Alfa Romeo, and McLaren. He makes cars beautiful, he has little to do with engineering and everything to do with visuals.

He designed the first BMW SUV, the X5 (E53), and has gained popular culture acclaim for his design of the McLaren P1, which was partially inspired by a sailfish he saw on holiday.

Since leaving McLaren at the end of 2017 Frank’s started a consultancy firm that works on varied projects, three months ago he started a YouTube channel.

We appreciate that he’s only concerned with the design of cars, he cares about how they look, and whether they’re evolving car design, or repeating what others have done before. His honesty in design helps quantify that thing that just annoys you about a certain car, looking at you BW 4 Series.

His latest video looks at the design of the new Ford Bronco, analysing the various design elements. Everyone is in lust with the Bronco, watching the video gives understanding to why it’s so appealing. According to Frank, “you look at something that’s completely rugged, yet they’ve made it appealing with an edge of softness to it” and “they’ve gone that extra mile to refine the surfaces that come together”.