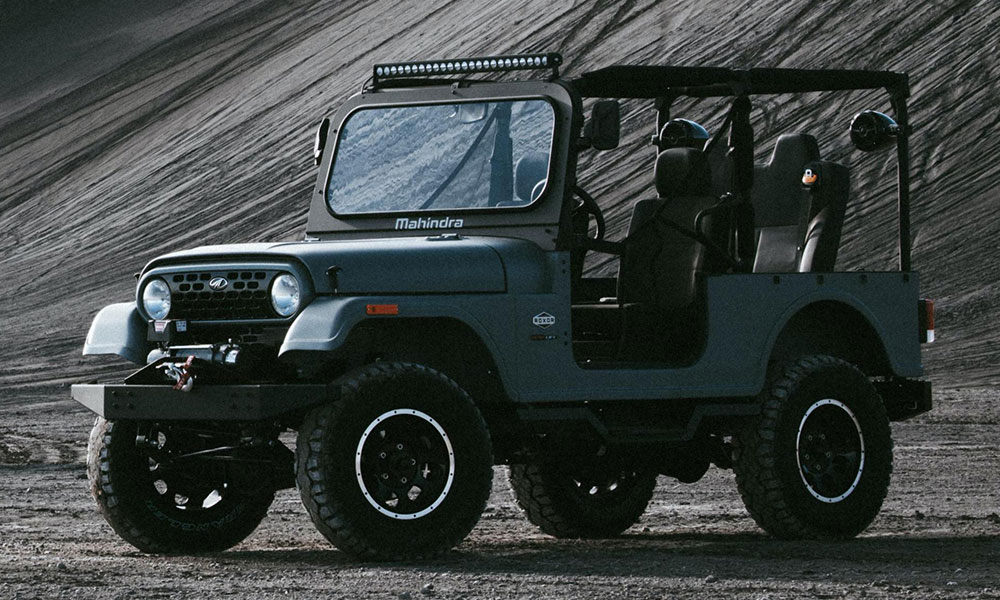 Mahindra faced some trouble in the USA late last year after a cease-and-desist arrived at its front door.

The USA’s International Trade Commission found that Mahindra was in violation of Jeep’s trademark design.

For the record, we’re not entirely convinced Mahindra was in the wrong with the Roxor.

Mahindra was given permission to build the original Willys Jeep under licence in 1947. That licence included the permission to use the styling, as well as the use of the name “Jeep” and “CJ.”

In any case, Mahindra chose to give the Roxor a facelift. Mahindra ditched the five-slat grille in favour of a new front grille design.

Mahindra also used the opportunity to make some changes to the gear ratios, so customers can make the most of the 2.5-litre four-cylinder turbocharged engine.

Interestingly, Mahindra also offers quite a large colour palette to choose from. Around 450 different colours are available for the Roxor.