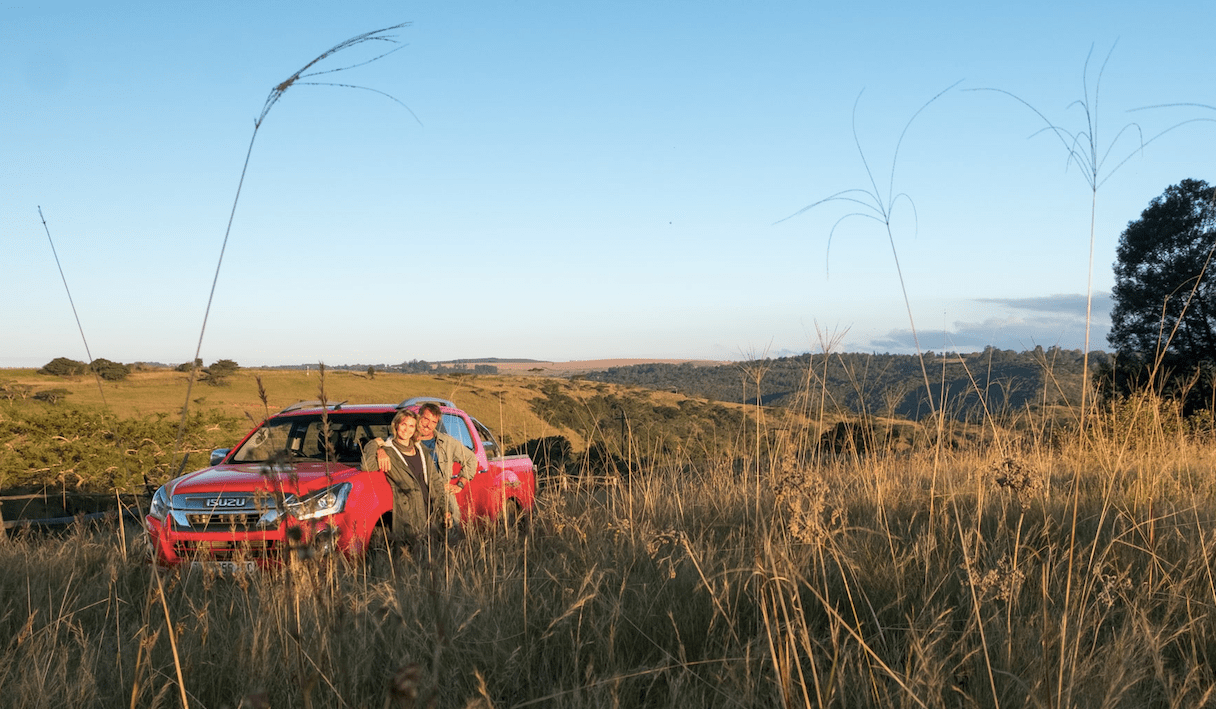 Over the next few months, there will be a few posts around here that are likely to include dirt roads, coffee, sundowners and a red Isuzu D-Max – and so we thought it only polite to pop in first to introduce ourselves. We are Mark Eveleigh and Narina Exelby, the travelling driver/navigator/writer/photographer team that’s kicking off the Leisure Wheels Adventure Series with Isuzu.

Across the Leisure Wheels platforms, we’ll be posting pics and short videos from our travels around South Africa, showcasing some of the country’s beautiful back roads and tucked-away places, and introducing you to some of the people we meet along the way.

We’re both professional travel writers and are usually based in Indonesia, but for the next five months, we’re calling the KZN Midlands home. She hasn’t lived there permanently since 1994, but the Midlands is Narina’s home turf and her claim to fame (although nobody remembers or cares, except for her parents) is that she was the first female to abseil from the viewing platform at Howick Falls. Mark has mastered the art of braaiing and thinks he sounds South African – but truth be told, the British-born, West Africa-raised vagabond is yet to understand of the intricacies of now, now-now and just now.

Until international borders closed in March 2020 we travelled frequently – in eight years we’d never spent more than three weeks in one place – and between us, we thrive on road trips and exploring the routes less travelled. Favourite travel “companions” include Audible, Spotify, travel mugs, carefully selected books and, while we’re old-school enough to love “proper maps”, we appreciate the value of a good Internet connection and the satellite view on Google Maps.

We’re looking forward to having you along for the ride – here’s to the next adventure!