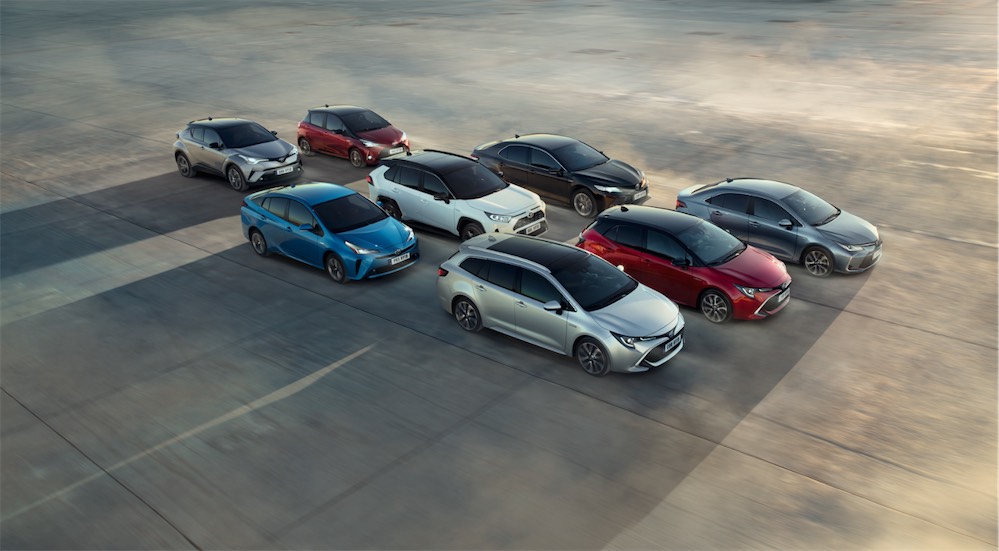 In January 2020, Toyota passed the milestone of more than 15 million hybrid electric vehicles (HEV) sales worldwide since the Prius was first launched in 1997.

In Europe, sales of HEVs have passed the 2.8M mark with a range of 19 different HEV models on offer across the Toyota and Lexus brands, which in 2019 accounted for 52% of total volume, and 63% in West Europe.

The range of available hybrid electric vehicles at the global level from Toyota and Lexus now reaches 44, far eclipsing the original flag-bearer that remains the symbol of the company’s early and visionary foray into mass electrification.

It is thanks to our hybrid sales that Toyota is well on its way to meeting the 95g/km target set by the EU for 2020 and 2021 in Europe, where CO2 regulations are the toughest in the world. In addition, our full hybrids are also incredibly effective at running without emissions for the majority of the time in cities.

Toyota’s decision to develop hybrid electric vehicles started over 25 years ago when Takeshi Uchiyamada led a team to develop a car for the 21st century, one which would reduce greenhouse gas emissions and other harmful pollutants. The first-generation Prius was launched in 1997 around the time of the Kyoto Protocol signing, which gave new momentum to the environmental movement. Today, 15 million hybrid sales later, Toyota has made a significant contribution to the environment as its hybrid-electric technology has reduced CO2 emissions by more than 120 million tonnes worldwide to date compared to sales of equivalent petrol vehicles.

While Toyota believes that HEVs are an essential part of the future overall mix of electrified vehicles, two decades of electrification experience also feed into the company’s mutli-powertrain strategy. The company provides and will continue to provide various types of electrified vehicles to reduce emissions based on regulations, market infrastructure and ultimately customer demand. Toyota does not see a one ‘winner takes all’ scenario but a future where the different electrified technologies, including hybrids and plug-ins (PHEV), fuel cell (FCEV) and battery electric (BEV) vehicles, all play a part.

In case you were wondering how Toyota’s hybrid drive system works, watch the informative video below: