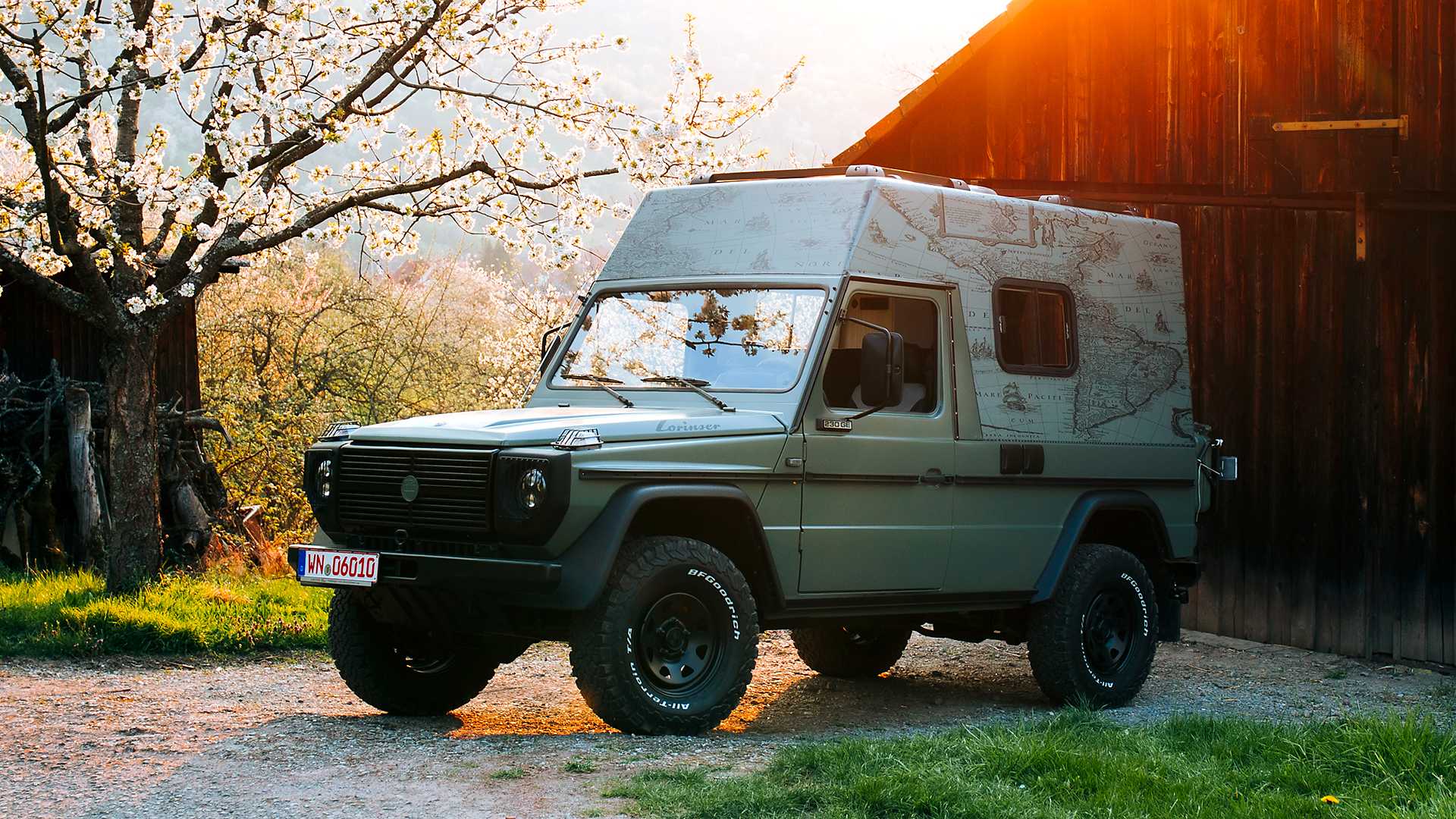 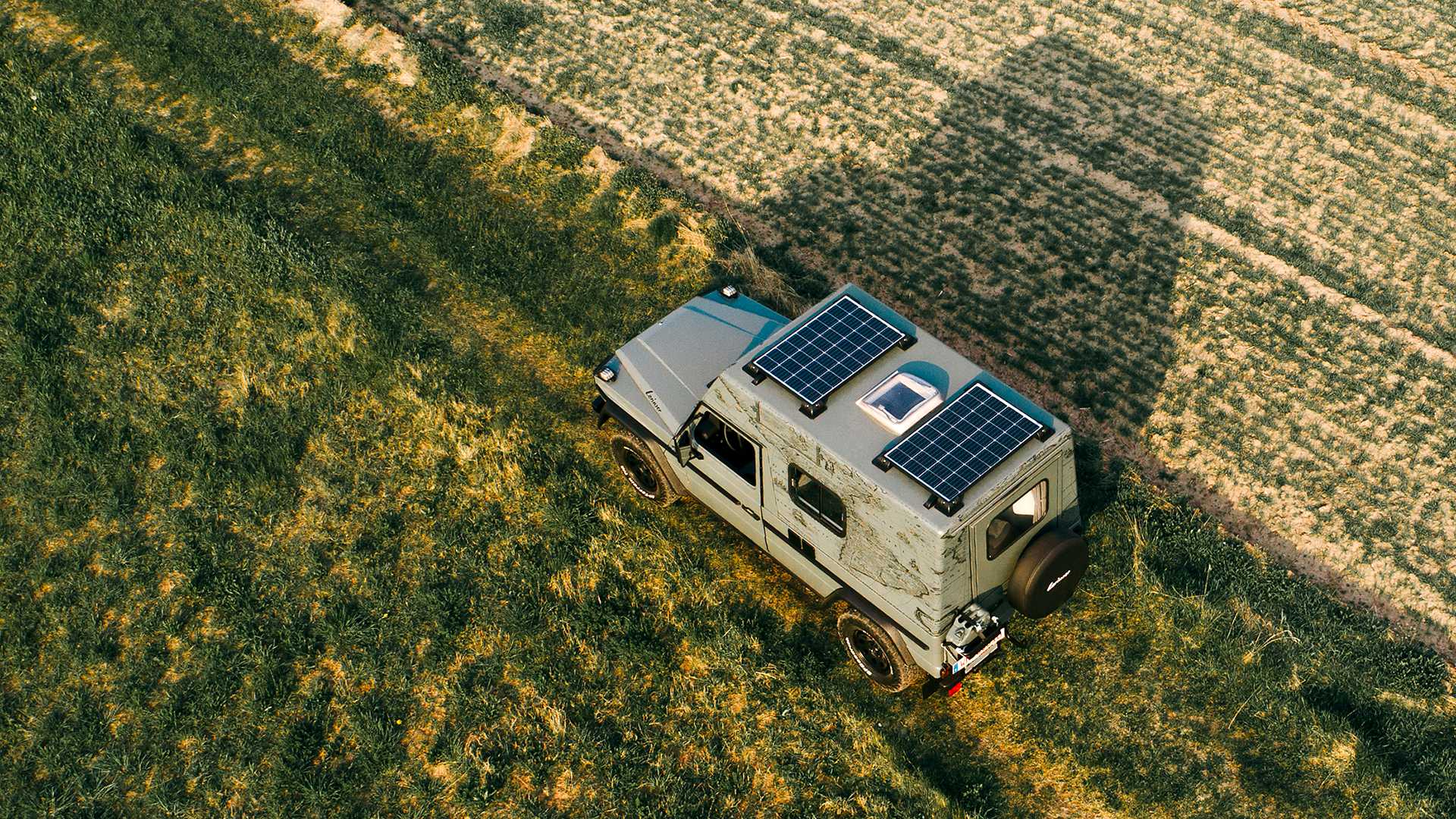 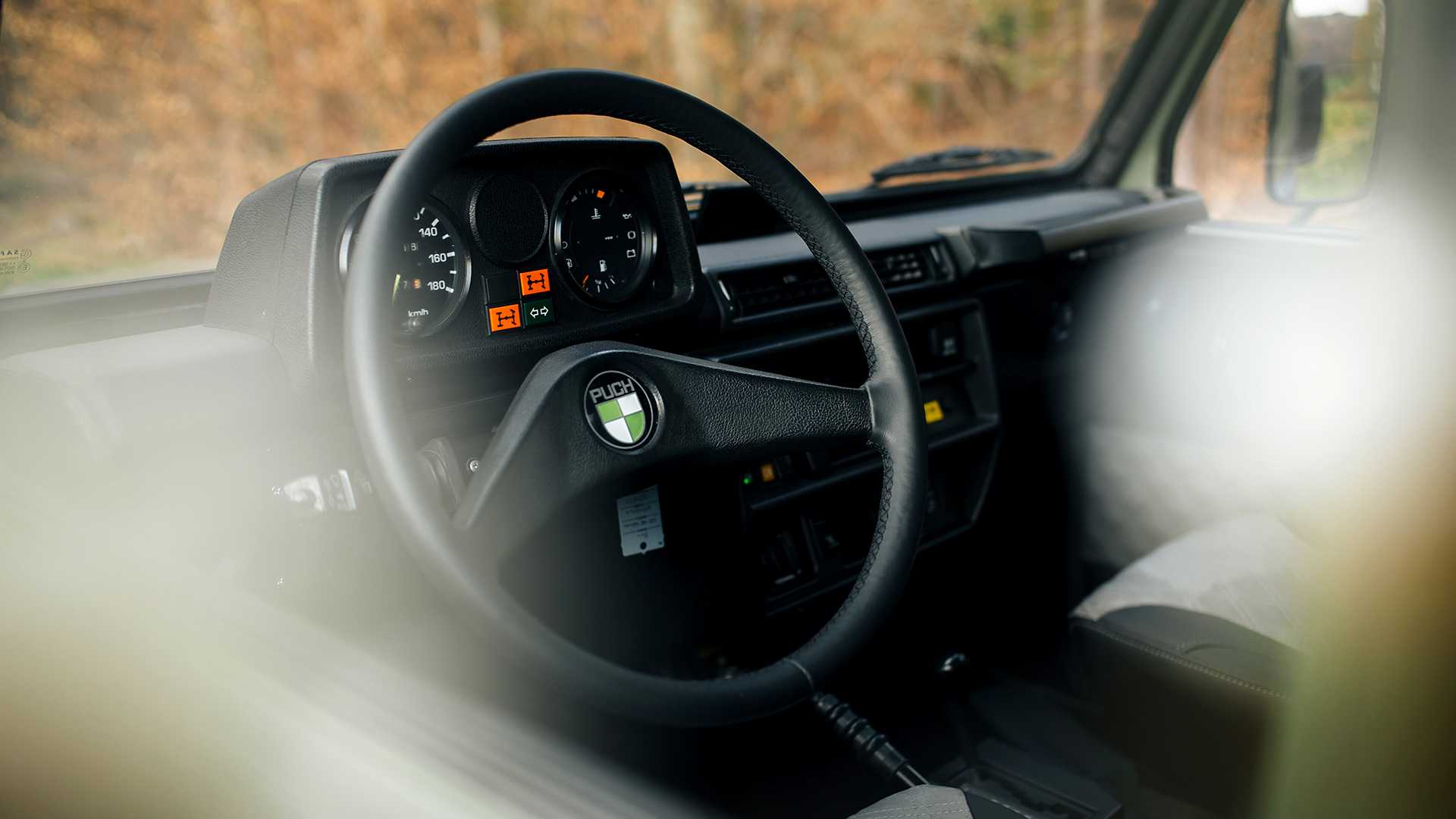 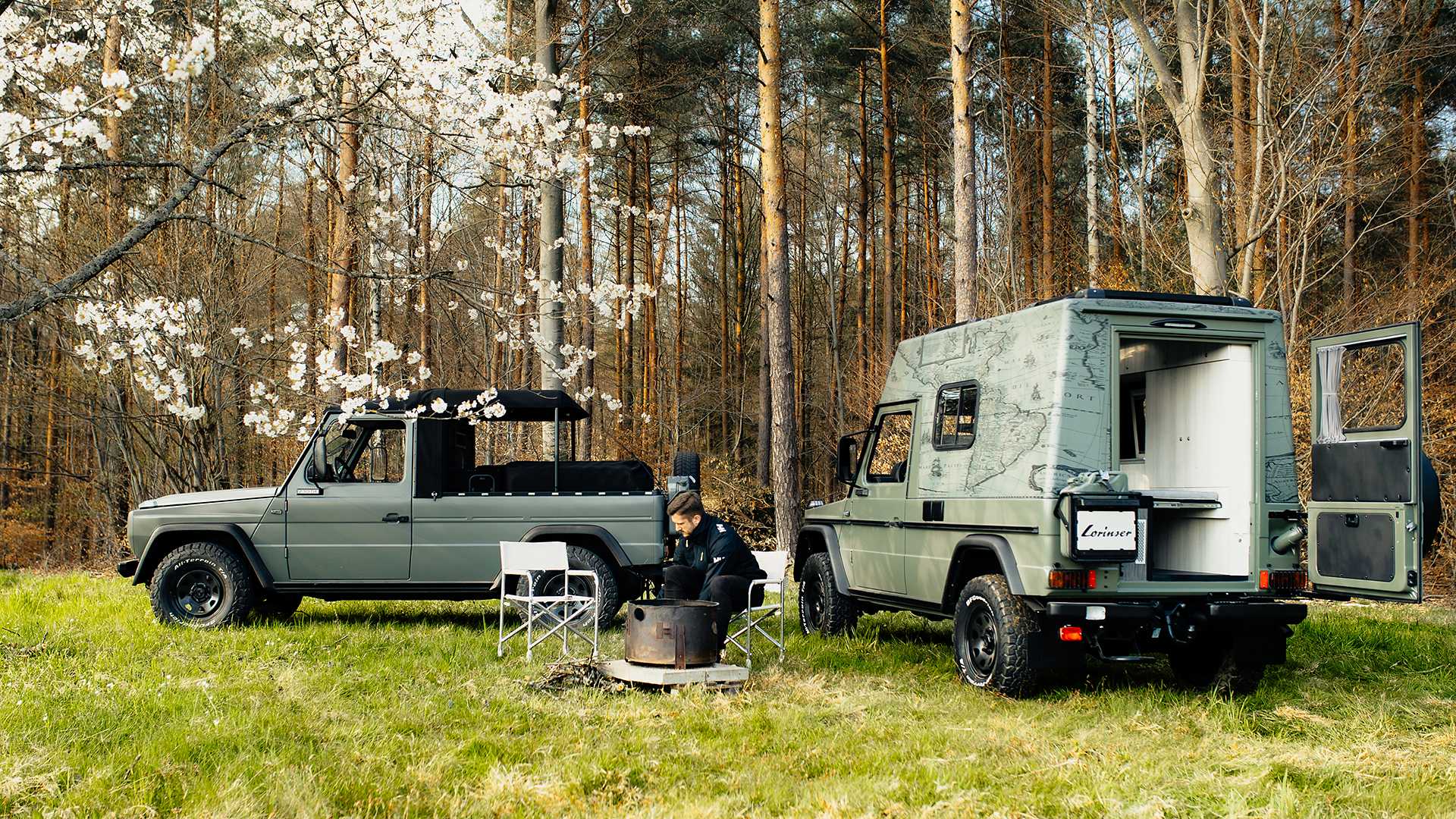 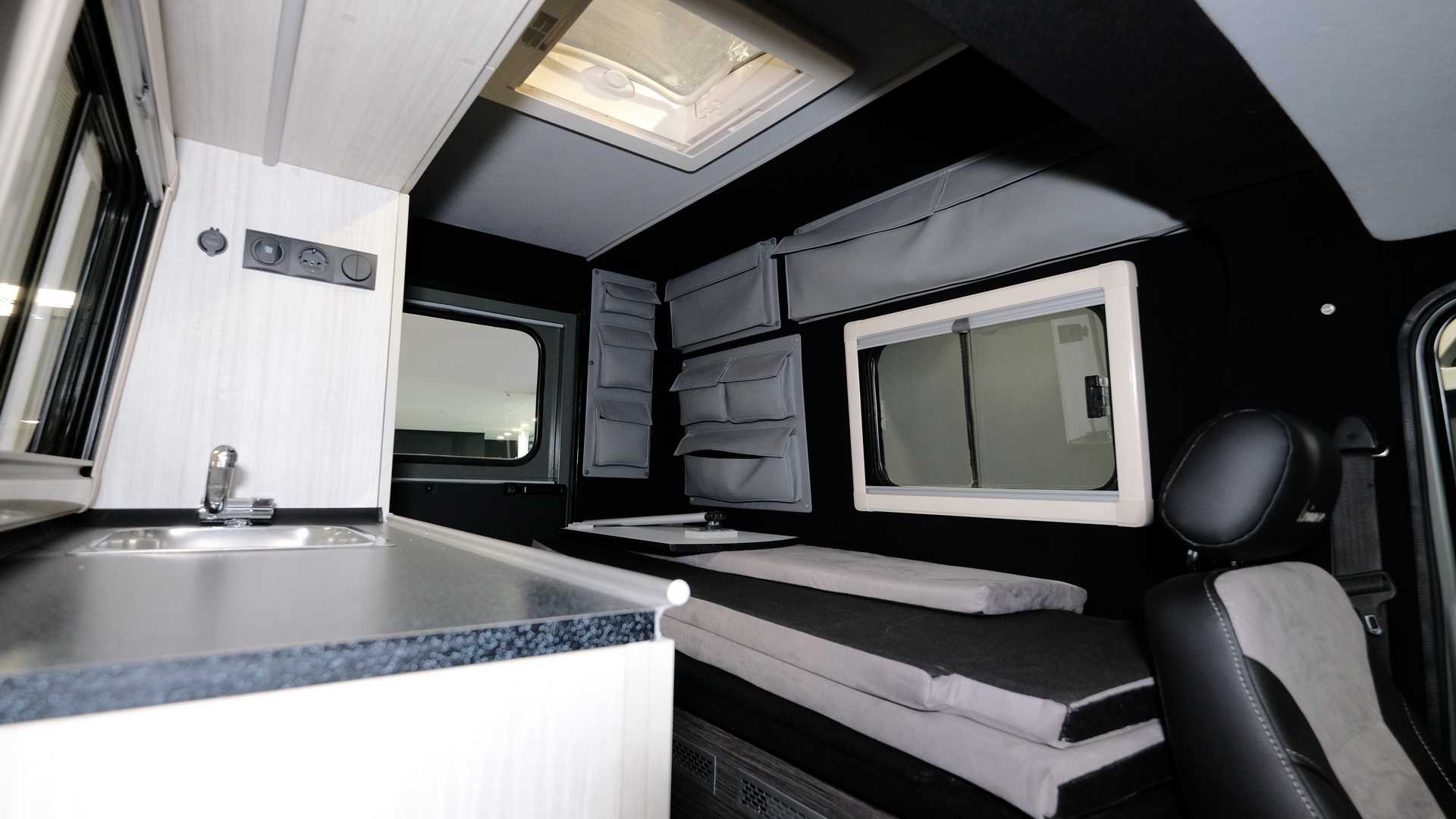 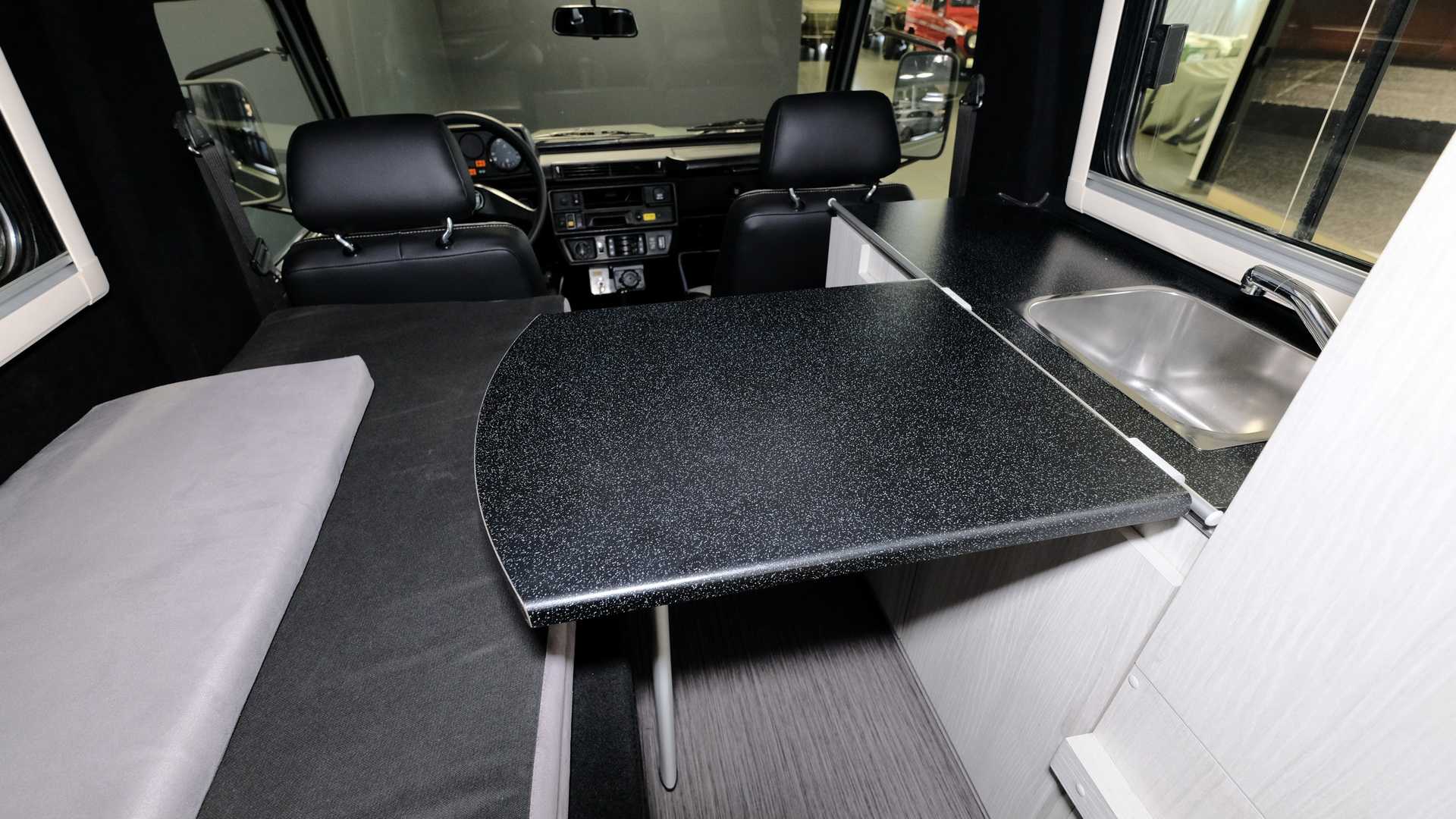 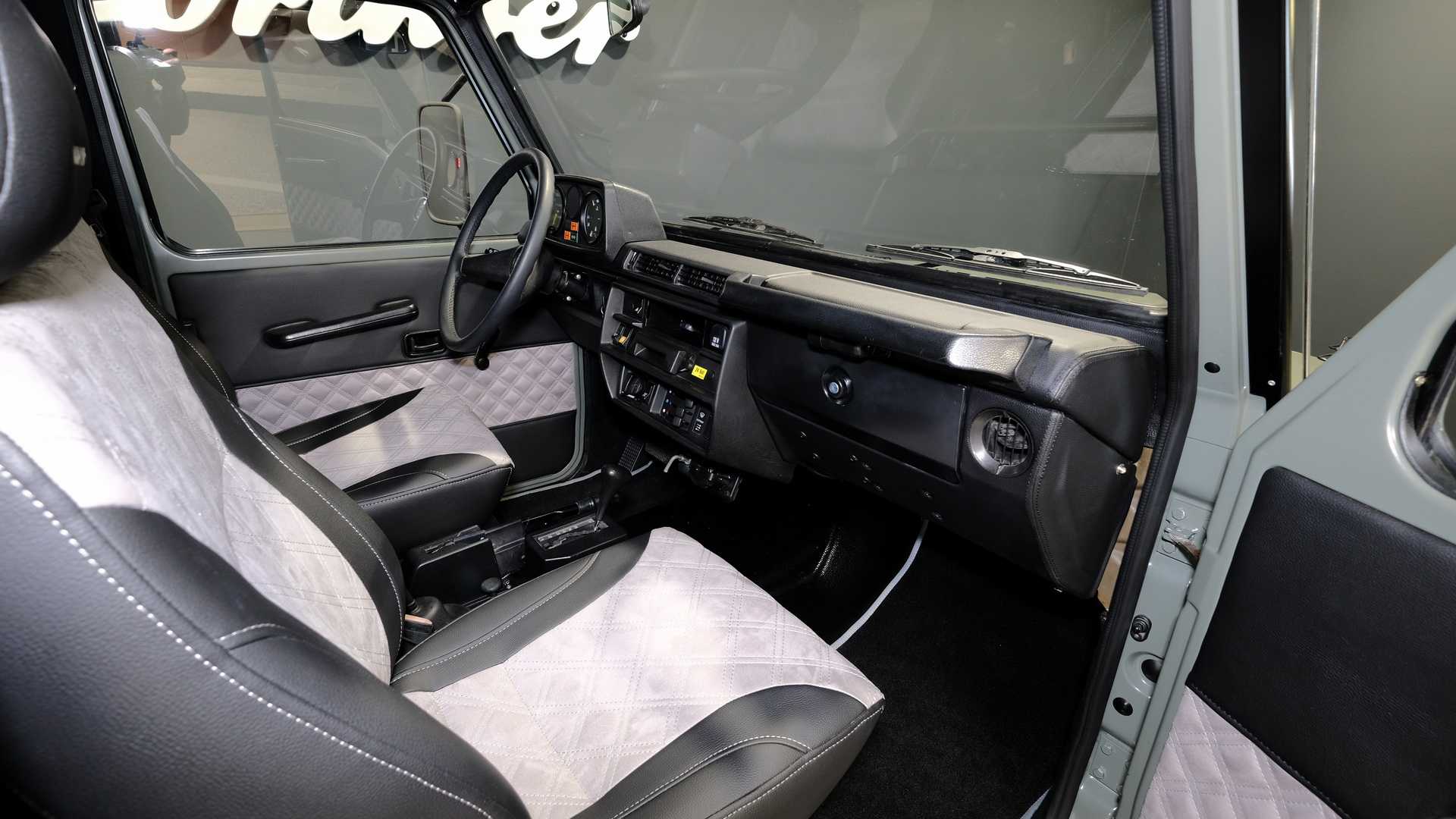 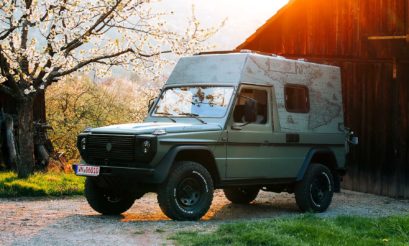 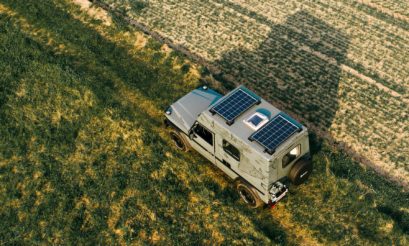 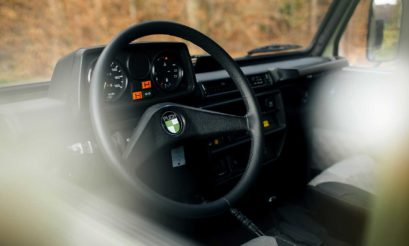 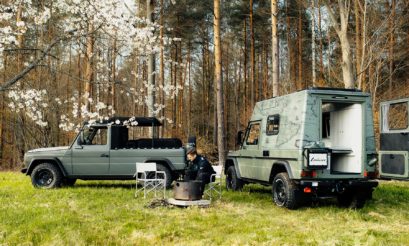 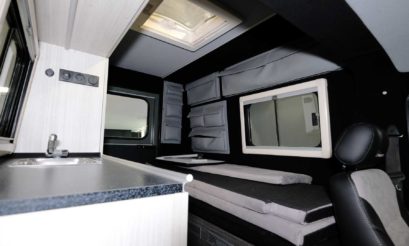 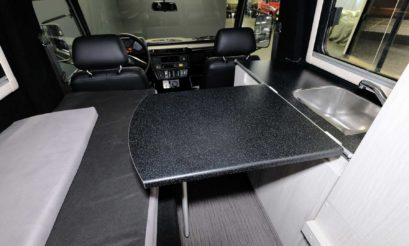 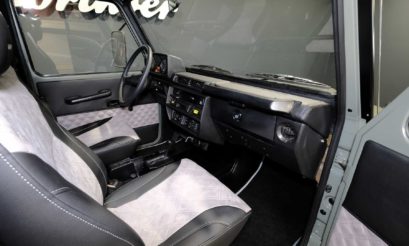 The Mercedes-Benz G-Class used to be sold as the Puch G in certain markets, mostly for military use.

As these vehicles were decommissioned, Lorinser Classic started buying them up and converting them into rugged, restomod overland vehicles.

The motorhome you see here is their latest build. It’s based on a two-door 230 GE with a hardtop.

It’s not the most powerful restomod ever, with just 85kW from a four-cylinder petrol engine. This engine is mated to a four-speed automatic and the power is sent to the wheels via a permanent four-wheel-drive system. It also has a rear differential lock.

On the outside, Lorinser restored the body to its former glory and painted it matte green. Other additions include LED headlights, black alloy wheels and BFGoodrich all-terrain tyres.

As for the interior, it’s way more comfortable than it used to be.

It has a heating system for the whole car, 220 volt sockets, microwave, water tank, table and a skylight.

The power for all of these fittings are provided by a battery system, charged via solar panels on the roof. 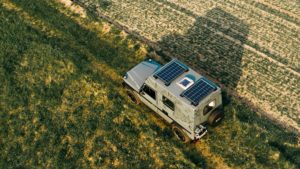 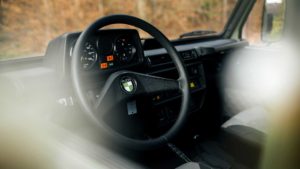 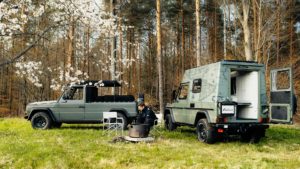 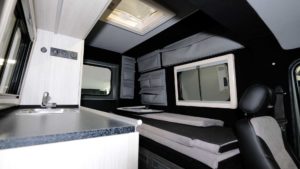 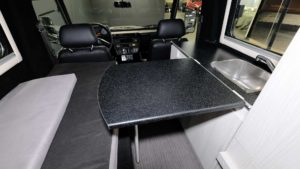 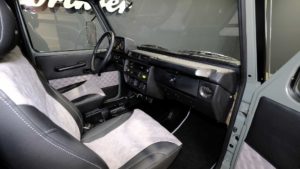