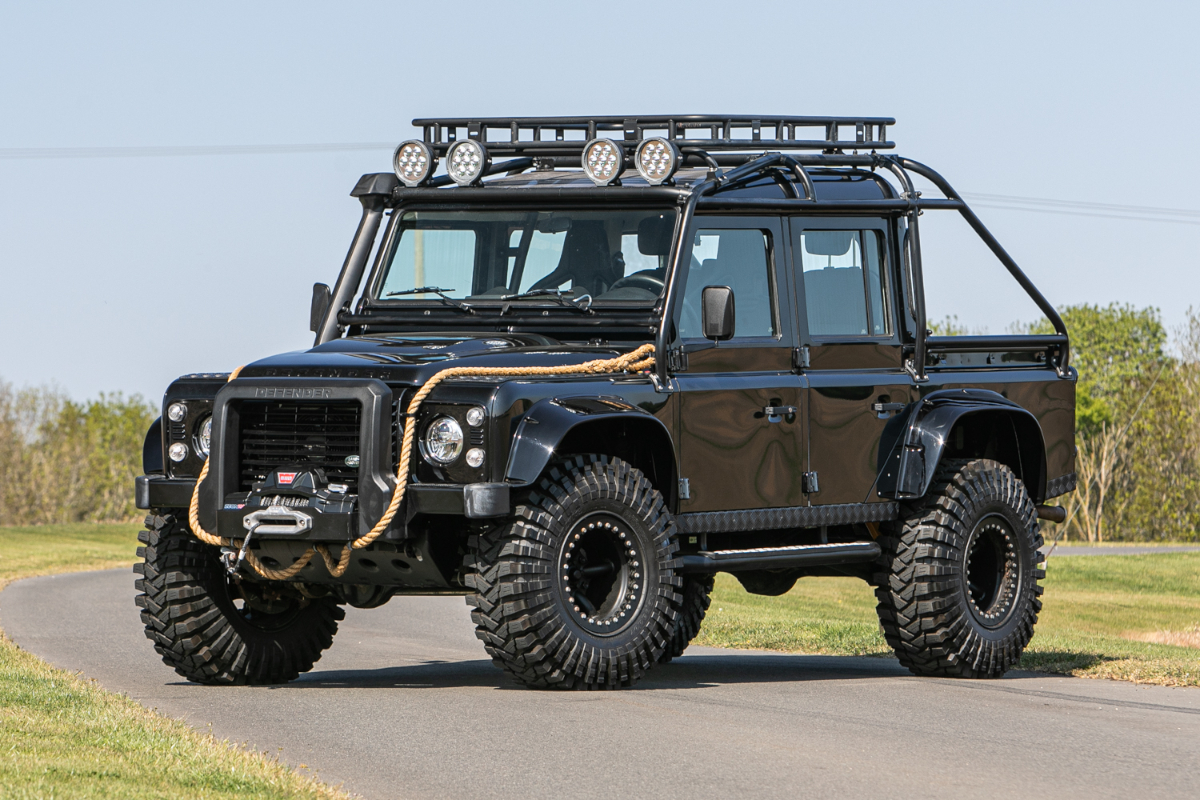 The Silverstone Live Online Auction, set to take place on 23 May 2020, will feature a bunch of interesting cars.

The one we’re most interested in is a Land Rover Defender used in the James Bond film, Spectre.

James Bond movies are known for their epic car chases and Spectre (2015) did not disappoint.

The production company behind the movie commissioned 10 Defender 110s from Land Rover and sent them over to Bowler for modifications.

Bowler Motorsport added huge 37-inch tyres, a heavy-duty roll-cage, stiffened up the suspension and among other things installed a hydraulic hand brake to spice up the action. The engine was also tuned to 180bhp.

There were two specifications of cars produced, one for the high-speed getaway road cars and the others for the snow scenes of which this is one of those.

Only seven of the ten specially produced cars now survive and this car is number 9, three were destroyed during filming.

In case you need a reminder, you can watch the snow chase scene below.

The all-new Defender will also feature in the upcoming James Bond movie, which will be released locally in November. You can watch the stunt crew abuse a few new Defenders in the video below: