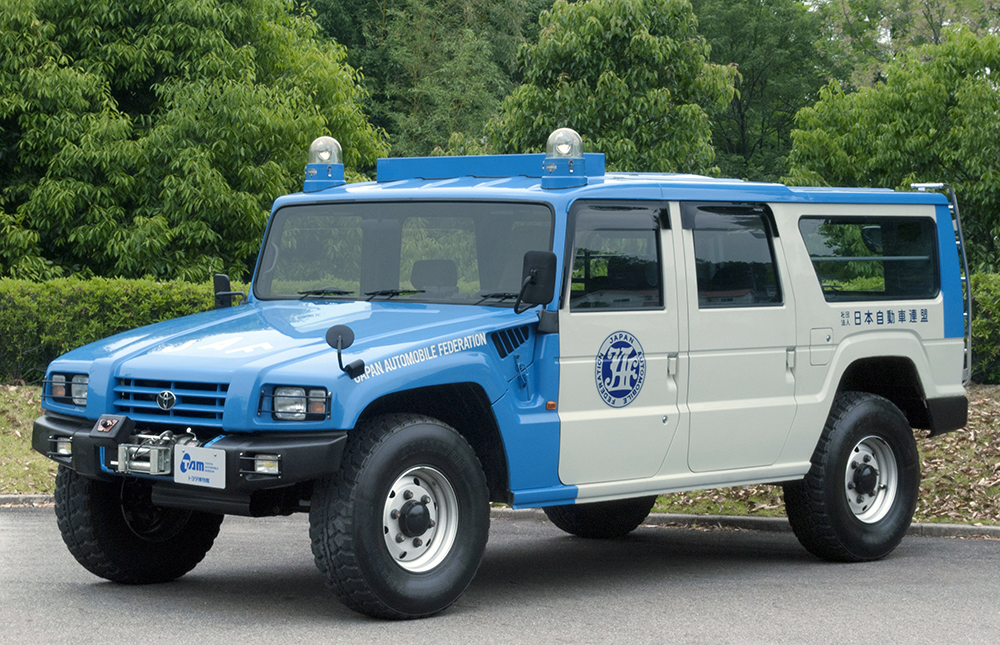 Just the other day we spotted a Hummer and wondered whether the brand would still be with us today had it been built by another manufacturer? One with a better reputation for reliability, perhaps…

The Hummer may have looked good, but that’s about it. According to various reviews on forums and even fan clubs, they are to be avoided at all cost. But what if the Hummer had been a Japanese car with an inherent reputation for reliability?

Well, what if we told you Japan did make a Hummer, only better. It was called the Mega Cruiser and it was built for the same reason the Hummer was – light military and police transport.

Toyota started work on the Mega Cruiser in the early ‘90s, but it was only showcased to the public in 1993. In went on sale in Japan exclusively in 1996 with two versions being available – military and civilian.

The military version (BXD10) saw duty as infantry transport for the military. It was also used to transport mortars and surface-to-air missiles, which we think must rank as the best optional extra in the history of motoring.

The civilian version (BXD20) was a little more advanced, due to comfort demands. Toyota also used its stature as the ultimate version of its ultimate off-road series to debut a few nifty driving gadgets, such as four-wheel steering and an independent suspension all round.

The Mega Cruiser was powered by a 4.1-litre turbocharged four-cylinder diesel engine, tuned specifically to provide power low down in the torque band.

The engine produces 110kW and 382Nm of torque, which seems like plenty, but it does not translate to that much forward momentum when combined with a tare weight of 2 850kg. Toyota claimed a fuel consumption of 9.3 litres/100km at 60km/h, which would get you around 1200km on the 108-litre tank.

The biggest Cruiser of them all was never designed to be quick, but rather a slow cruising mobile meant to show off how wealthy the person behind the wheel was. And you’d have to be wealthy to own one of these….

In a country as spacious as ours, we never think of parking as being an issue, but in Japan a parking space is more prestigious than a brand-new Ferrari. Parking a five by two metre hunk of metal in said parking space is the ultimate expression of wealth. By the time it arrives in the space, the owner had already paid taxes on the car’s size and the size of the engine. The retail price was rumoured to be R1.2 million. That’s actually not bad, but in addition to that you needed to pay R5000 for a parking space, acquisition tax, weight tax and fuel tax.

But the reward was worth it; the Mega Cruiser was the ultimate off-road vehicle. Boasting 420mm of ground clearance and three locking differentials it was unstoppable and could house six people and a 600kg of payload.

That sounds, well, mega to us, but the Japanese folk obviously didn’t think so. Only 1000 to 2000 of the military version were made, while only 149 civilian versions were built. That means there are more Ferrari F40s in the world than there are Mega Cruisers.

That means it’s basically priceless, but obviously everything is for sale if you throw enough cash at it. The last recorded sale we could find was in 2017, when a Mega Cruiser sold for R1.3 million in the USA.