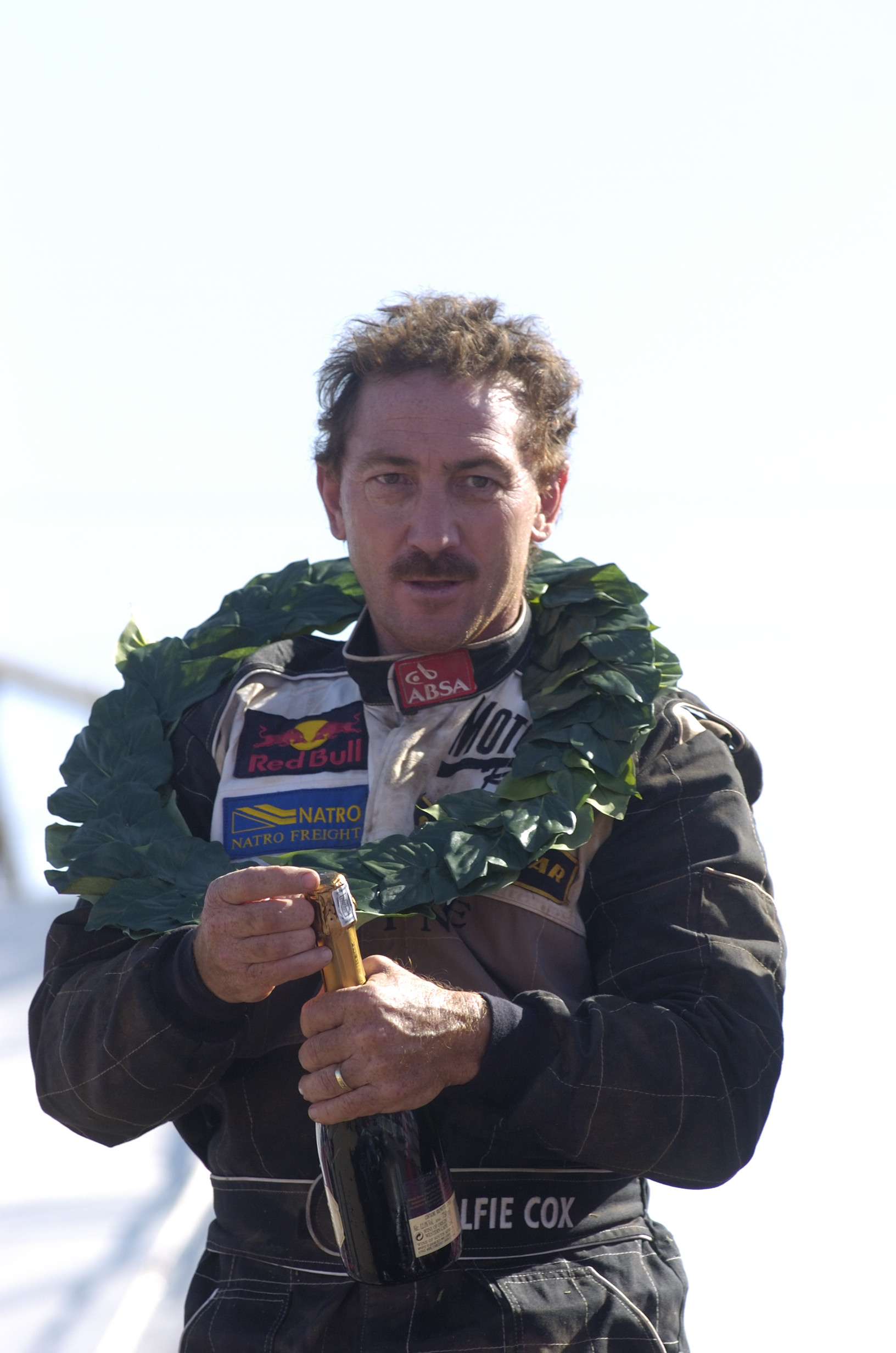 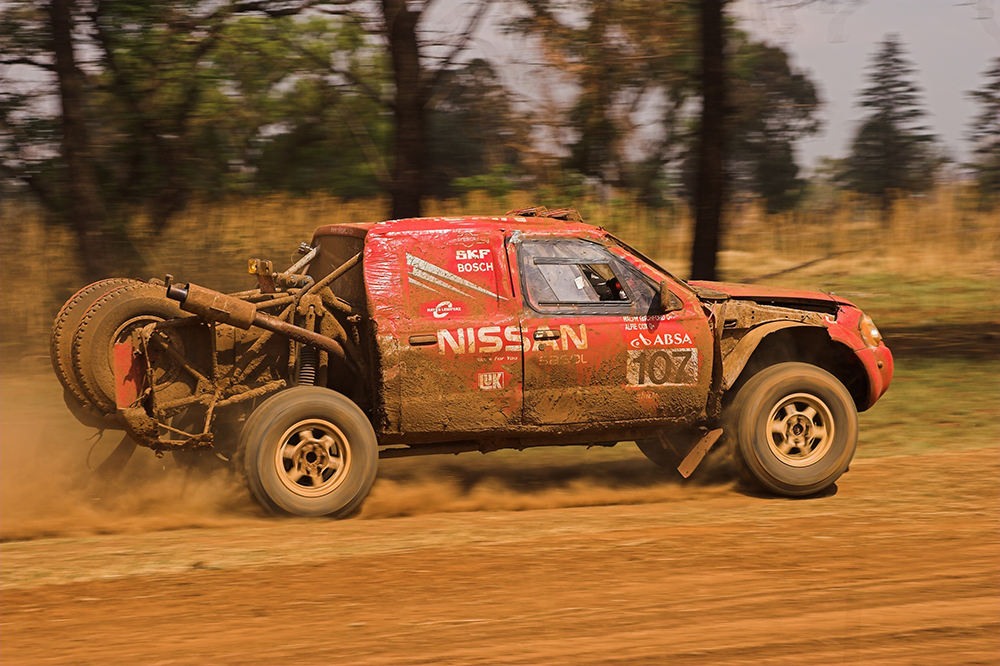 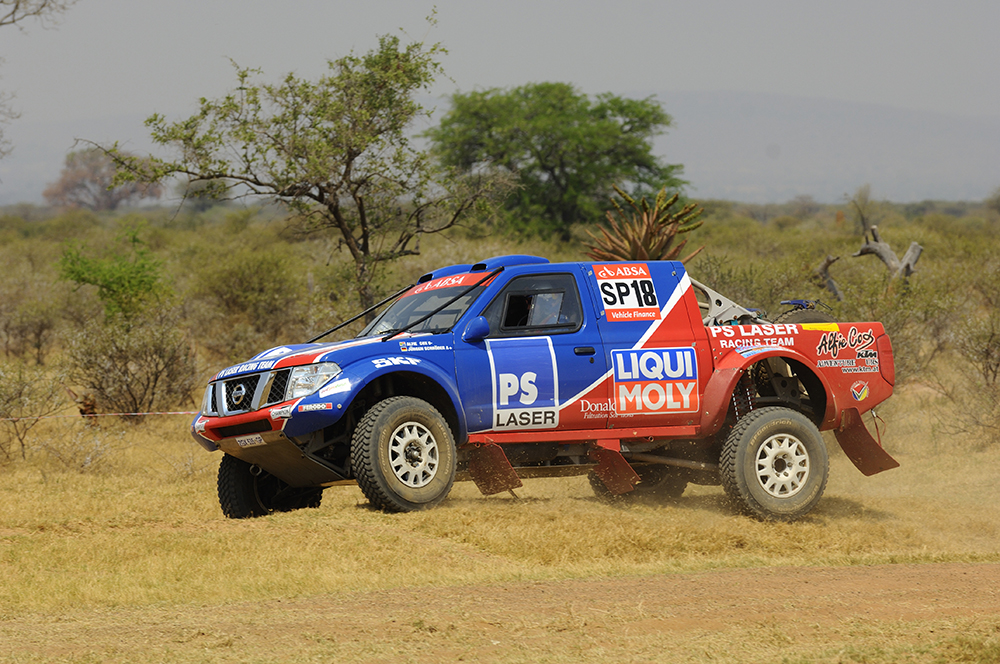 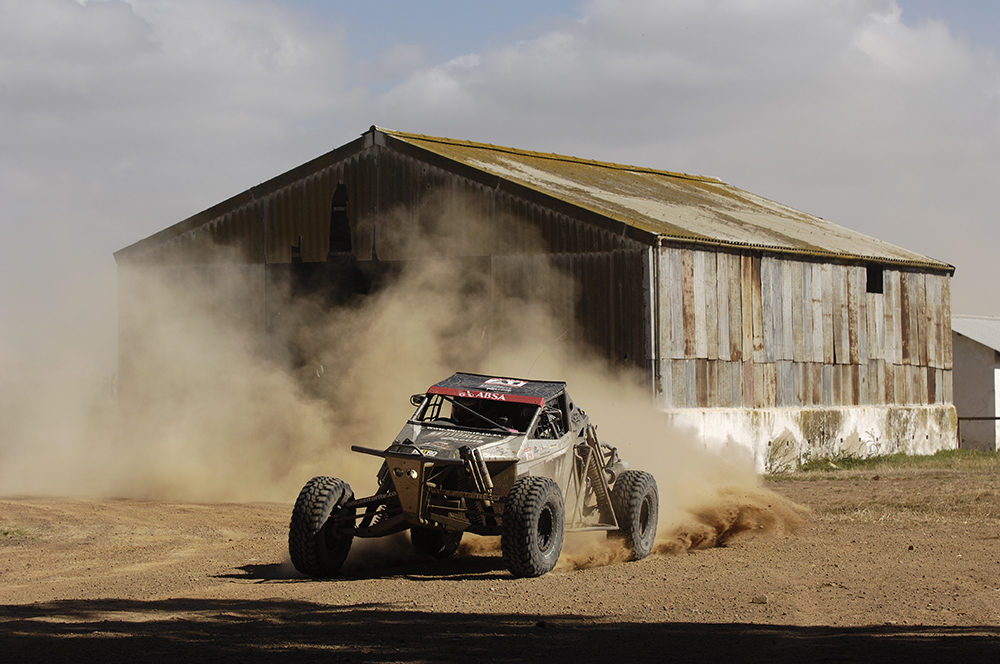 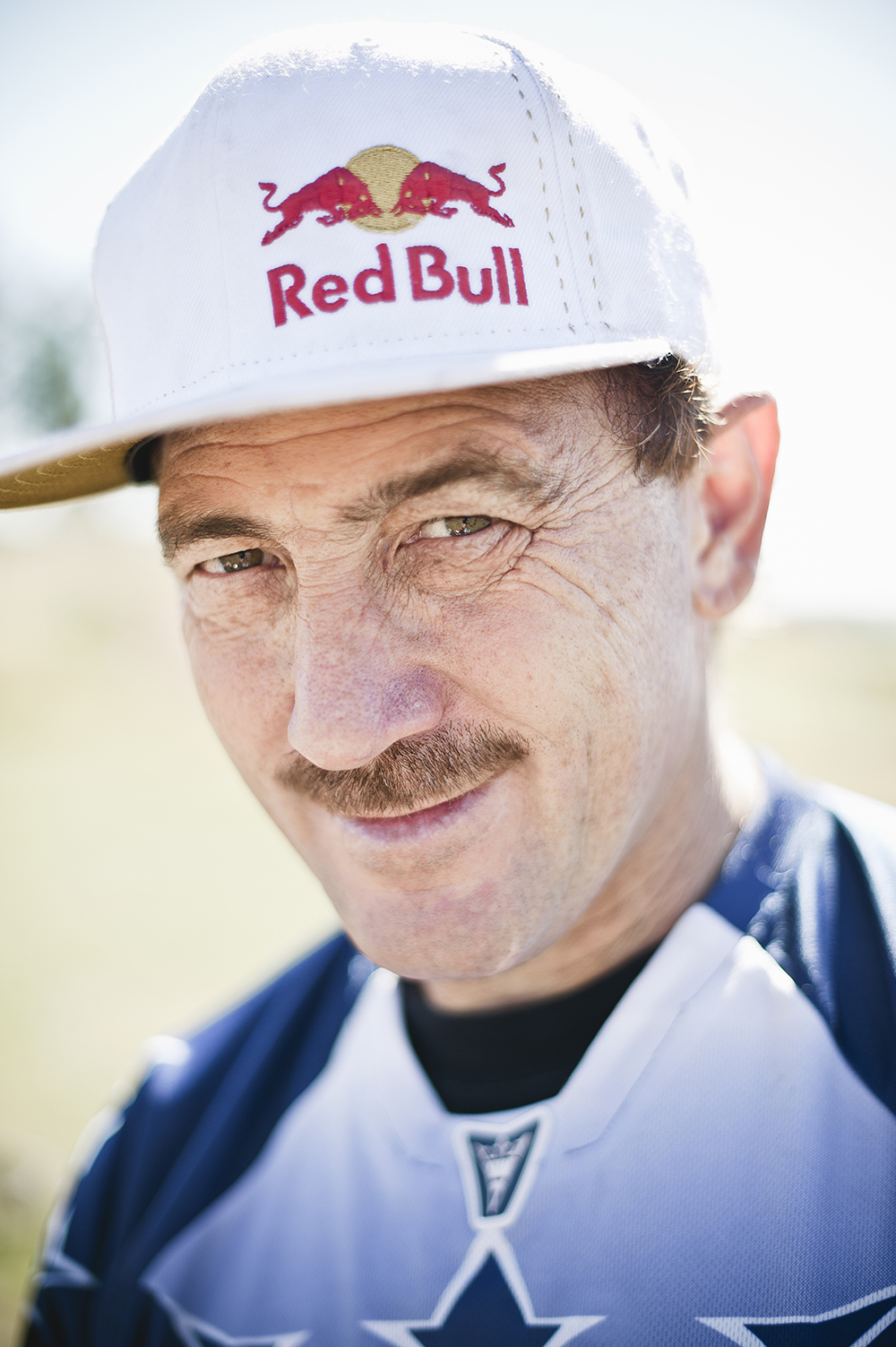 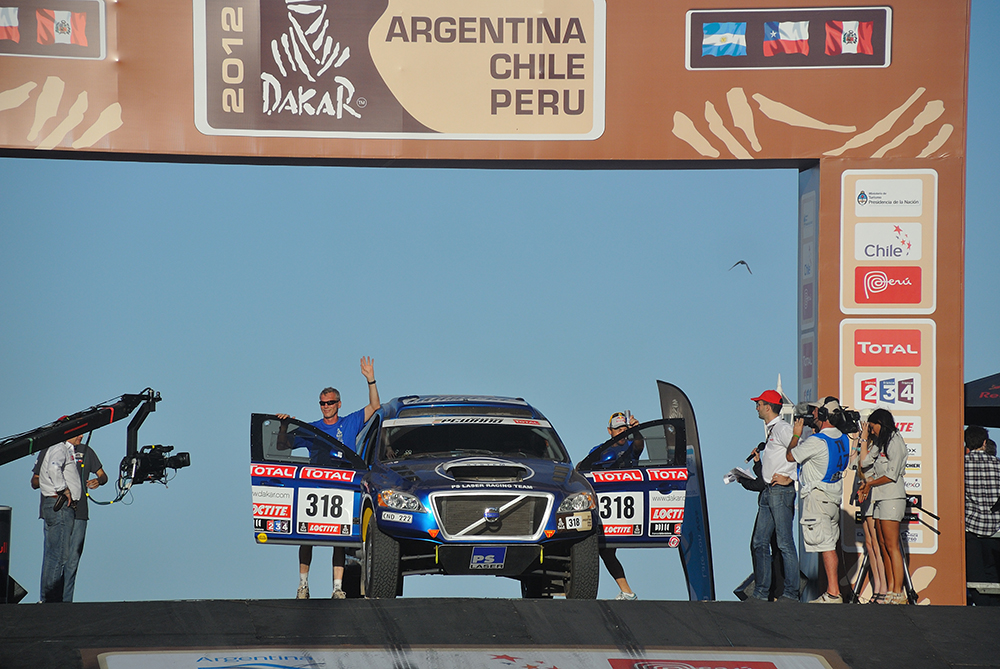 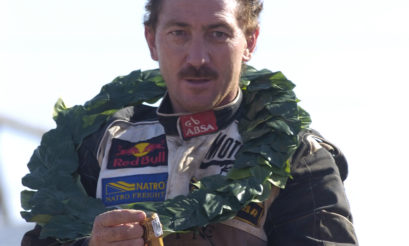 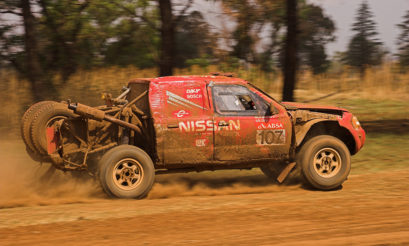 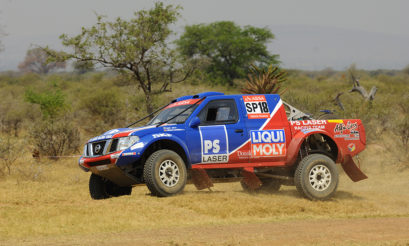 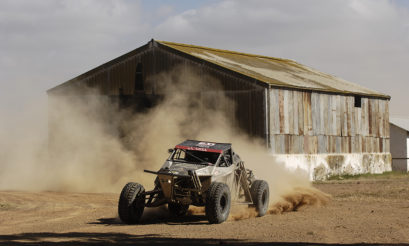 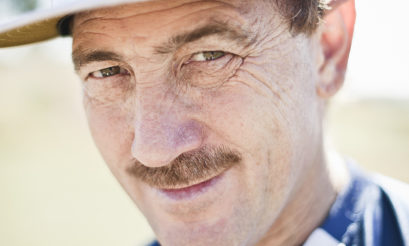 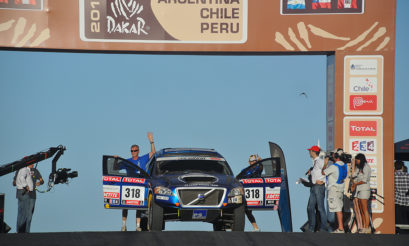 Alfie Cox is undoubtedly the most successful off-road racer that South Africa has ever seen and has now transferred the same work ethic into running a successful motorcycle dealership.

The list of Alfie Cox victories is long and distinguished. Locally he won the Roof of Africa nine times along with multiple South African Enduro and off-road champions as a precursor to many international victories. He was the first winner of the very tough Erzberg Rodeo and completed numerous Dakar Rally’s with a number of stage wins. He now runs a very successful KTM dealership with his family.

Where did your love for motorcycles and racing start?

When I was in school my parents ran a taxi business so there was not really any money for racing. I would help my friend Roley Stratemeyer prepare his Motocross bike and act as his mechanic just because I wanted to be involved in the scene. When I was around 16, I left school to pursue a career as a motorcycle mechanic and eventually was able to save enough money to fund my own racing.

What was your first motorcycle?

You have won a myriad of events and championships, what stands out for you as a highlight?

My goals changed as my career progressed but it was a great honour to get my National Springbok colours for Motocross. The first Roof of Africa win was also very special. Unfortunately because of the sanctions we were not able to race internationally before 1992, and this was one of the reasons why I carried on racing for so long.

My first foray into international competition was the Six Days Enduro, which is like the Olympics of motorcycling; I won four gold medals at that event. My first Dakar in 1993, where I finished 4th, was also a big highlight.

Who do you regard as your toughest competitor locally and internationally?

Back in the early days I really enjoyed bashing bars at the Roof with Patrick Andrews from Lesotho. He was really talented and knew the trails of his home country well. He was also the first non-white person to complete the Roof of Africa, but was unfortunately murdered by his wife, cutting short what could have been a great career.

In the later years there were a number of younger riders that were always trying to knock me off the podium including Darryl Curtis, Elmar Symons, Louwrens Mahoney and Jade Gutzeit.

At the Dakar there is now a Malle Moto class for guys work on their own bikes, but that is how you guys did it back in the day?

I don’t want to sound like an old guy talking about the good old days. But on some of the marathon stages we had to sleep in an open sided Bedouin tent, with half a meal, no showers and alongside guys who stank terribly because they had not showered for a week. On all 14 of my Dakars I slept in a tent next to the service truck in the Bivouac.

2019 saw the entire Dakar race take place in one country, Peru. Do you think we will ever see a return to Africa?

I don’t think so, there is too much unrest and military activity. Down in Southern Africa, I don’t think that environmentalists will allow 400 vehicles and the support circus to race through beautiful areas like Botswana and Namibia as this kind of traffic does long lasting damage to the environment.

How did the swap over to racing cars come about?

The body can only handle racing motorcycles for so long so the natural progression is to move to four wheels. In 2003, I met the MD of Nissan South Africa and he put me in touch with Glyn Hall who gave me the opportunity to race a Hardbody. I went on to win a South African championship and I built some great relationships, which allowed me to return to the Dakar in vehicles such as the BMW X3 and Volvo.

Can you explain the emotions that you experience when you are not able to complete an event due to a technical issue like when your car burnt out at the Dakar?

One feels bad for the team and investors who put a lot of time and money into the project. The Volvo took three years to complete and this dream was shattered due to a leaking oil pipe that saw the car go up in flames.

Your favourite racing motorcycle or car of all time?

I really enjoyed my 2003 KTM 250SX, which I used for the Roof of Africa as well as off-road races like the Toyota 1000 Desert race.

You are obviously a biker first but what four-wheeled vehicles do you rely on for backup and on a daily basis?

The business vehicles need to be able to load motorcycles so we make use of a couple of Mercedes-Benz Sprinters for this purpose. Personally we are driving our second diesel Nissan X-Trail and find that it offers us great value for money.

How did the association with KTM begin?

My racing career started on Japanese bikes but as the sanctions were lifted I had aspirations of racing in Europe and the European brands were the best for this purpose. The legendary Butch Hirsch offered me a ride on a KTM and the rest is history.

What lessons have you been able to carry over from your racing background to your business?

Honesty and good service have allowed us to be one of the top three KTM dealers in the country for 20 years. Our customers trust us and I am always approachable to share my knowledge and give advice on racing and motorcycles.

The motorcycle industry is under extreme pressure due to the struggling economy. What is your secret to success?

We are lucky that KTM have diversified their range in the last couple of years. We now have a motorcycle solution for every type of customer including Kids, Motocross, Enduro, Adventure and Road bikes and this has allowed us to keep the doors open.

Apart from the dealership you run motorcycle tours? Can you tell us about this operation?

I handle the KTM Adventure Tours for South Africa. This comprises enduro bike rides along the Wild Coast and Coffee bay areas five to six times a year.

What do you do when you are not in the dealership or racing bikes?

I like to spend time with my two sons at the Motocross track. I am also currently the oldest Red Bull athlete, in the legends category, and I am still involved in judging and TV commentary at Red Bull events.

And lastly, if money was no object, what vehicle will you build to race?

I would either build a proper American Sandmaster or get Glyn Hall to build me a Hilux like what Giniel de Villiers uses in the Dakar these days. 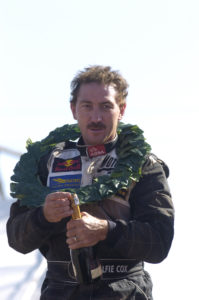 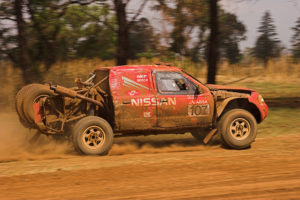 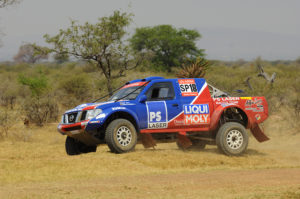 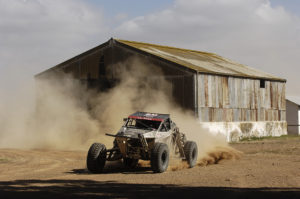 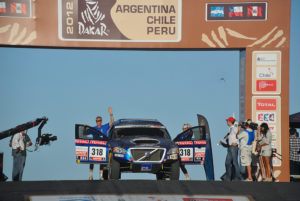