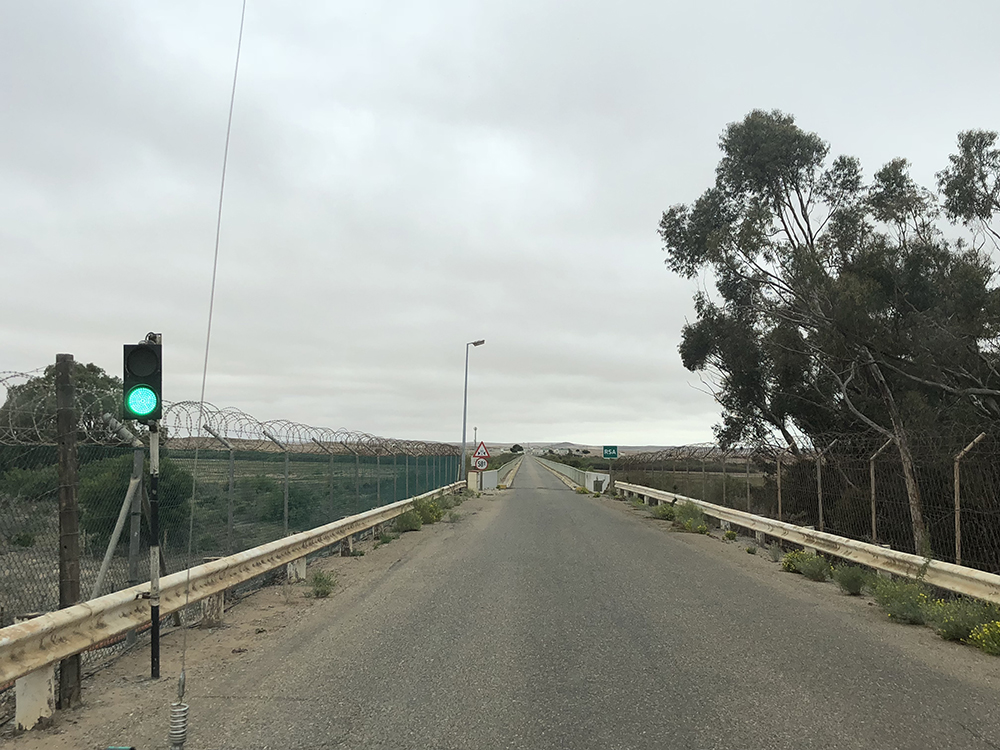 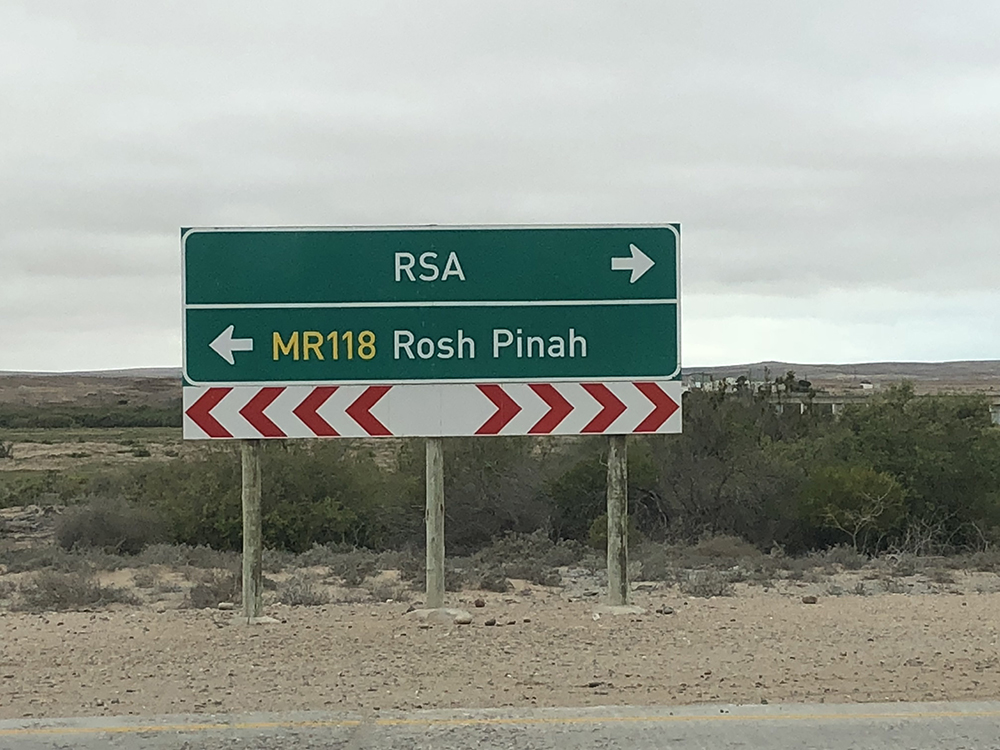 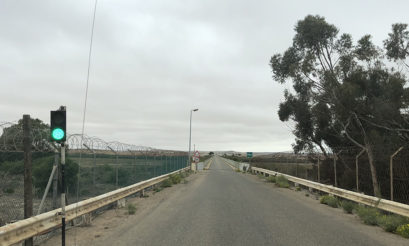 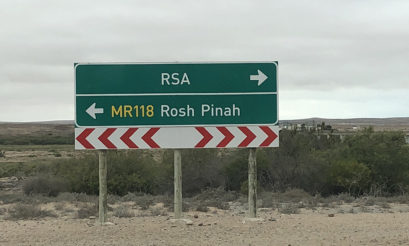 Border crossings into most African countries can be a pain in the neck says Voetspore’s Johan Badenhorst.

Going into our neighbouring Namibia may take a while, at times, especially when they try and operate their fingerprint system. That is why I try a different border post each time I visit. In the process I came across a few that are “easier” than others.

On South Africa’s north western border, where the Orange River runs into the Atlantic and where many diamonds are to be found, is one of the best places to enter Namibia. On the southern end of the Ernest Oppenheimer Bridge, the longest single lane bridge in Southern Africa, is Alexander Bay. On the northern banks of the river, Oranjemund. The border post is open between 06:00 and 22:00 and recently visitors are allowed to visit Oranjemund without a permit. Fill up at the newly built filling station for fuel a little cheaper than South Africa. Then head north.

The route past Rosh Pinah leads you into the desert landscape that is spectacular. Overnight at the hotel in Aus or at Piet Swiegers’ Klein Aus. Camping and lodge facilities are available at the latter.

An adventurous border crossing is with the ferry at Sendelingsdrift, open between 07:00 and 15:30, when the river is not in flood. This is of course after spending a few days in the Richtersveld before heading to the hot springs at Ai Aix.

The “Beitbridge” of border crossings between South Africa and Namibia is Vioolsdrift/Noordoewer, just north of Springbok on the N7. It is busy and the staff tend to be less helpful. On a good day you will breeze through. On a bad day you may be stuck for hours. The border is open 24/7. If you pass this way, try and stay over at the White House just past Grunau. Their cuisine, and especially the way they offer breakfast, is exceptional.

The crossing at Onseepkans/Verloorsdrift is a very small one. The opening hours are limited to between 08:00 to 16:30, yet you may be the only person in the queue at the customs office. This is one of the preferred crossings.

The other big crossing is Ariamsvlei/Nakop. This is when you enter from Upington on the N10. Many people who voted in Namibia’s first general election will remember this name as the spot where they cast their votes. This one, too, is open 24/7.

My personal favourite border crossing is Rietfontein, near Mier, north of Hakskeenpan. The opening hours are 07:30 to 16:30 and the staff is always friendly and helpful. From there I take the gravel road to Aroab, Koes and Gochas, and stay at Piet de Lange’s lodge, Lapa Lange, just before Mariental.

Mata Mata is also an exciting crossing, mainly because you are forced to stay at least one night in the Kgalagadi Trans-Frontier Park. I can think of a few things worse than that. Mata Mata is open 08:00 to 16:30. (According to Sanparks, tourists wanting to exit the park other than the point of entry must kindly note that all immigration controls must be done at Twee Rivieren / Two Rivers and a minimum of two nights stay in the Kgalagadi Transfrontier Park is required to be allowed to pass through the Mata Mata border post to and from Namibia or when entering or exiting the Park to or from Botswana.)

The next possible crossing is via Botswana. Travel with the Trans Kalahari Highway, overnight at Kalahari Rest just outside Kang, and enter Namibia at the Mamuno/Buitepos border. This border is open from 07:00 to 24:00, but it is extremely dangerous to drive on this road at night. Many a stray animal have caused the death of people on holiday. Avoid driving after dark at all costs. That is why one should stay over near Kang, which incidentally is the perfect place to fill up with Botswana fuel, substantially cheaper than South Africa’s.

Another favourite crossing is the one at Dobe. This also is from Botswana into Namibia, and this too is a small border post, open from 07:30 to 15:30. Before crossing into Namibia I recommend that you visit Tsodilo Hills and the Drotsky Caves. After the crossing, enjoy the beautiful route along the Nyae Nyae pans amongst the most beautiful and biggest baobabs you will ever see. Then head north to Southern Africa’s last wilderness – the exquisite Khaudum National Park.

A popular crossing is just north of Shakawe on the Okavango Panhandle. This crossing takes you into the Caprivi. One of the main reasons for using this border, is because one can spend a few days at Drotsky’s Cabins on the Okavango, one of the most beautiful camp sites in Southern Africa.

The last of the crossings from South Africa, via Botswana, is at Ngoma Bridge in the Chobe National Park. From Kasane to Chobe you are on a 70 km game drive! Getting there is on the Francistown/Nata road, staying over at Ben Moller’s Elephant Sands, then northwards to Kasane, and then west to Ngoma Bridge.

Formalities at the borders are simple. Complete the form and have your passport stamped. Some of the smaller ones are not equipped with the finger print scanners. Some don’t even issue Road Tax Certificates. But this does not imply that one is exempt from the Tax. One should enquire about where this can and should be paid. The fees are a little over R 300.00

Namibia, as well as Botswana, is very sensitive about their Foot and Mouth Disease status. Often vehicles will be searched for red meat, which will be confiscated if found. Even travelling with red meat in Namibia is not allowed. The rule of thumb is that meat can never be taken south. Taken north should not be a problem. But beware when you approach the Red Line at Mururani, Oshivelo or Palmwag from the north.

Crossing into Namibia seldom poses a problem. Many people in this desert land speak Afrikaans and English. The currency is Namibian dollars, but South African Rands are excepted all over. More and more places except credit cards. Bureaucratic issues are limited to the minimum, which is why so many visit this wonderful country. 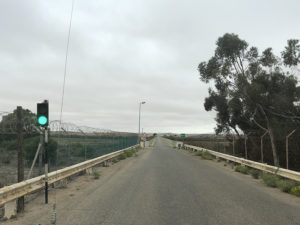 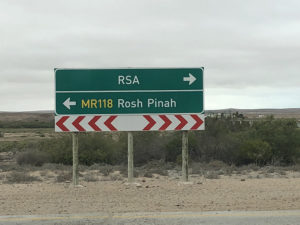