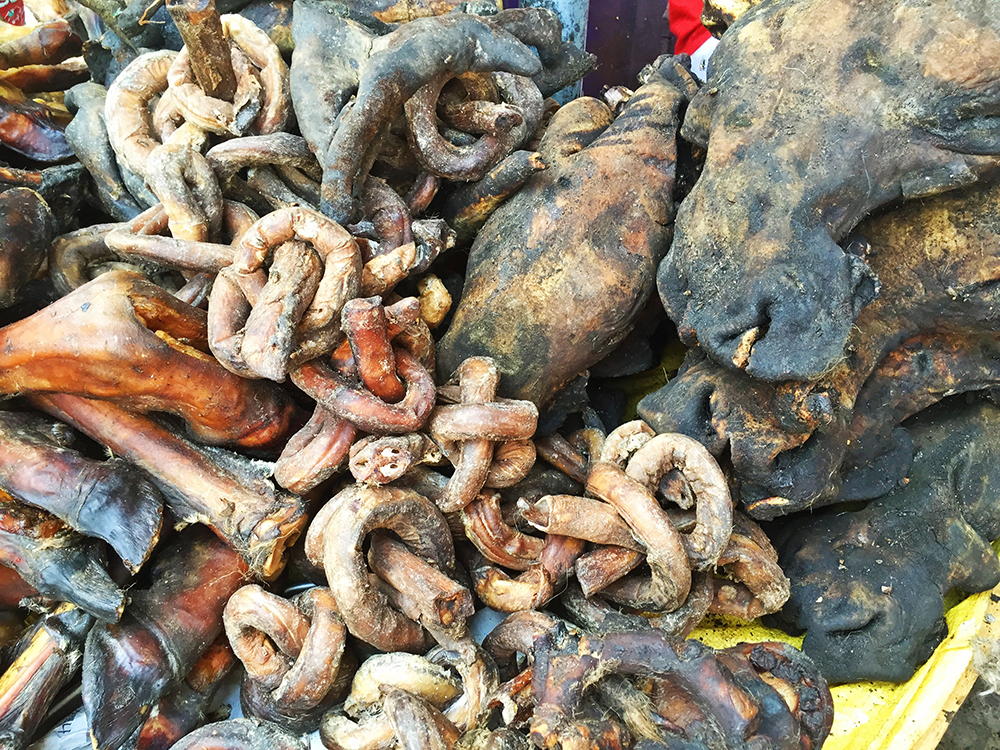 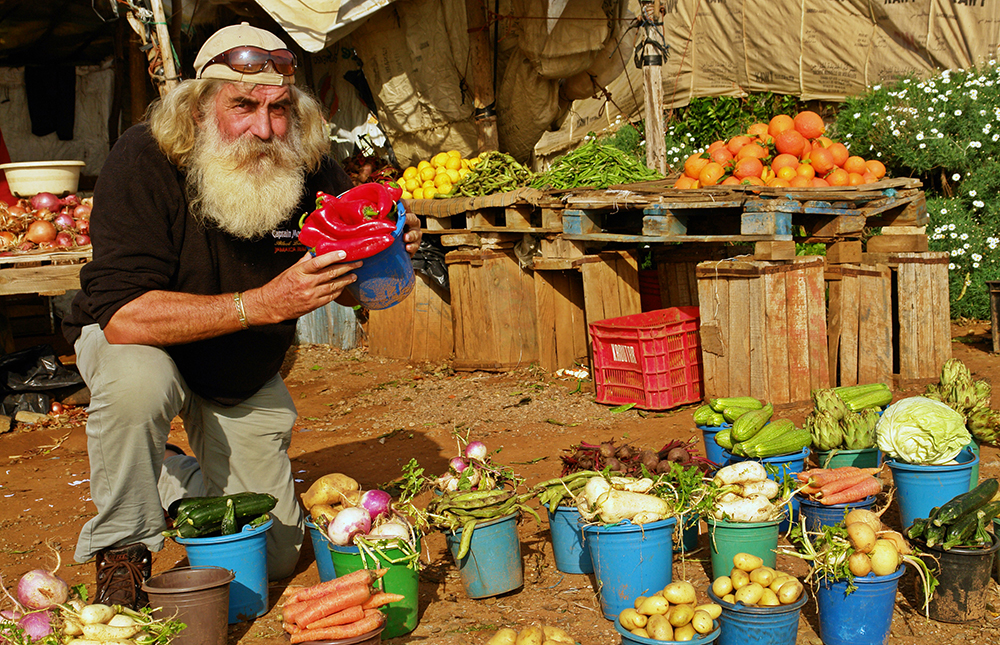 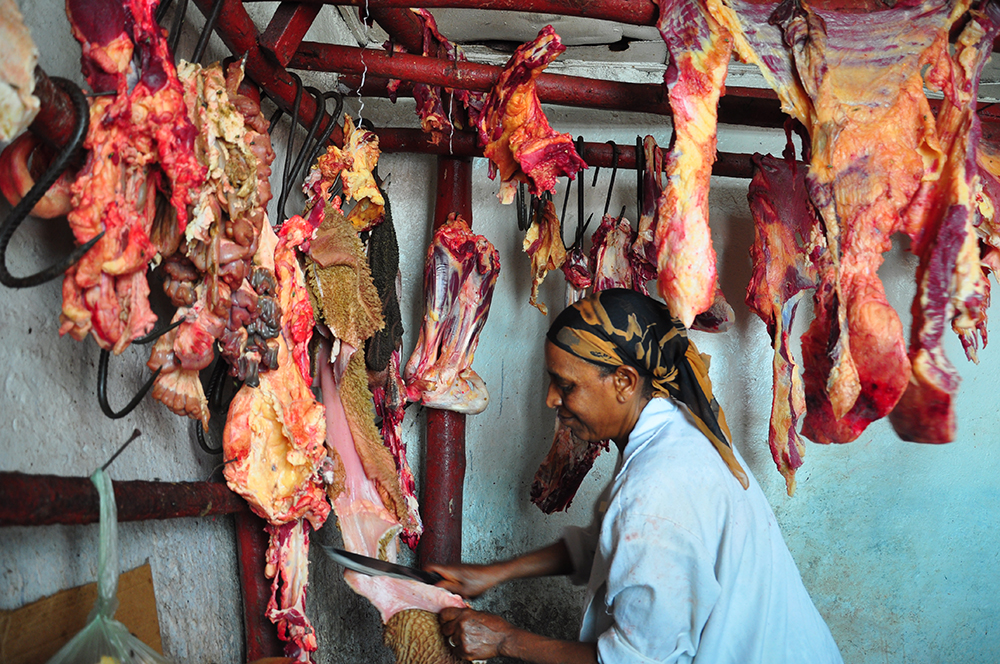 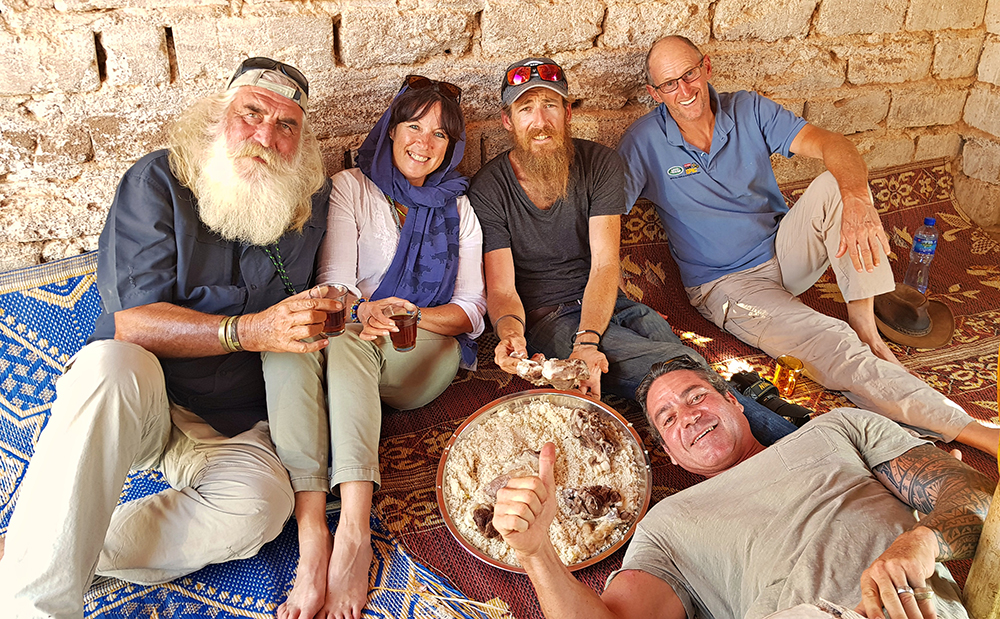 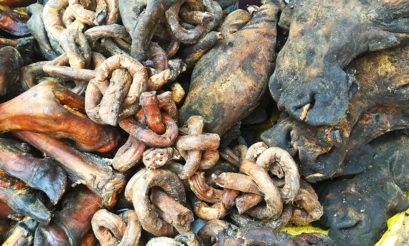 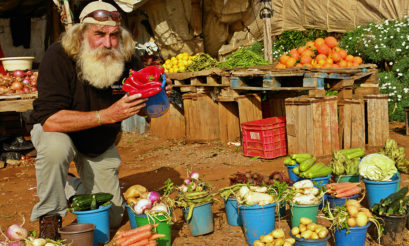 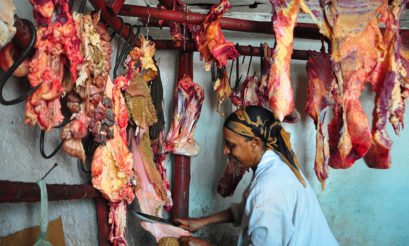 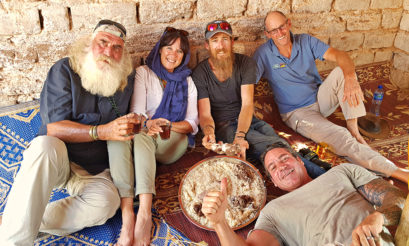 With no McDonalds, Burger King or Woolies to stop at for an emergency meal, Kingsley Holgate tells of how the expedition team often need to do some creative cooking with the ingredients that they do find on their travels.

En route to land yacht the massive, dry salt lake of Chew Bahir in southern Ethiopia a couple of years ago, a motoring journalist asked if he could travel in the Land Rover with me.  “I want to do a bit of a story on expedition food,” he said.  “What do you guys normally eat?”  Jokingly I replied, “Imodium and Goat – or blood and milk with the Maasai!”

But the truth is, over the years we’ve learned to survive quite well on the road. You don’t have to bring a trailer full of supermarket supplies from South Africa, although some Mrs Balls chutney and hot Nando’s sauce helps a lot with roadrunner chicken and goat curry.

On the nyama choma stakes, mbuzi (goat) is our clear favourite. Roasted on the coals and served with ugali (pap) or better still, with chopped chillies and fresh chapattis (the bread of rural Africa), or when available, with maharagwe (red bean sauce) and sukuma wiki (wild spinach) – the whole lot washed down with chai maziwa (spicy tea made with boiled milk – a great favourite with the Maasai).

Roadside butcheries are generally a carcass hanging from a tree (sorry about the flies) but if you’re lucky, you get the fillet and some liver. By the way, it’s not the meat that will kill you: it’s the bone chips from when the carcass was hacked apart with an axe – they could choke you to death!

It’s not all gristle, blood, liver and starch though. In southern Ethiopia, roadside stalls often serve delicious chunks of freshly caught Nile Perch with chilli-hot wat (spicy sauce) and small buns of freshly baked dabu bread, which let me tell you, is a damn sight better than the Ethiopian staple of injera – a large, sour-tasting, pancake-shaped, foam-rubber-like substance made from fermented tef dough.

Ethiopia is also great for its coffee houses with their small china cups of buna (coffee), strong enough to blow the top of your head off, served with fresh popcorn. And at night, there’s the local mead-like honey wine to consider; it’s called tej and can kick like a mule. Talking about ruminants  – in North Africa, camel is the staple meat source (can be very stringy – an acacia thorn makes a good toothpick) and people – mostly Muslim men – spend much of their time chewing the foul-tasting, green leaves and stems of the mind-altering plant called khat or miraa. We tried it once – all I got was a sore jaw.

Expedition breakfasts are a bit of a hit-and-run affair whilst packing up camp. Leftovers from dinner the previous night warmed up on the coals with toasted stale bread, or if there’s time, a pot of oats mixed with some wild honey, milk and a blob of peanut butter for energy, served in a dented enamel mug.

All those who’ve travelled with us will know that ‘Tailgate Cafe Lunches’ are a Holgate expedition tradition. It sounds grand but it’s whatever you can fit on a dropped-down Land Rover tailgate. By midday, there’ll always be a radio call from one of the Landys: “Look out for a shady tree, it’s Tailgate Time.”

The Great African Rift Valley expedition took us over a year and was sometimes a gastronomic delight, especially around the Rift Valley lakes of Kenya, Uganda, Rwanda and Tanzania where fresh fish is plentiful. But one night, about nine months into the journey, we found ourselves camping in a dry riverbed near Lake Rukwa – too late to purchase a couple of fish and the grub boxes nearly empty.

They say ‘necessity is the mother of all inventions’ and so it proved; after we’d scraped the pot clean of every morsel, there was much humour as I scribbled down the evening’s mouth-watering expedition recipe:

And, voila, there you have it: ‘Rift Valley Bolognaise à la Ndizi’ (banana) and for dessert, renoster koffie with condensed milk.

A few days later we arrived at Lake Eyasi, home of Tanzania’s last hunter-gatherers known as the Hadzabe (or Hadza), who represent a unique and increasingly fragile link between modern-day East Africa and the most ancient of the region’s human lifestyles and languages. Numbering at most 2 000 individuals, their click-based language, not unlike the San Bushmen of southern Africa, might represent one last fading echo of the first human voices to have carried across the African savannah.

A rocky cave and a few small conical huts served as their home and we were invited to go hunting with them. One of the youngsters was the same age as my grandson Tristan and they crafted him a pintsize bow and showed us how to make arrows.  Knowing that we might encounter some danger, I asked one of the hunters to demonstrate his skill and placed my floppy hat on a plant some 50 metres away. In a flash, with the thwack of the bowstring, the arrow cleanly pierced it – William Tell would have been proud!

But it turned out not to be a good hunting day and the only booty was a pile of field rats, which were roasted over the fire. Bits of crispy skin with singed-off hair were given to the kids and as a delicacy, we were offered the fattier bits. I watched expedition member Brad Hansen’s eyes watering as he slowly chewed through his piece of rat, so taking a deep breath, I popped a piece in my mouth – not too bad, a little like chicken.

I felt we should reciprocate, so sent Tristan to get the last piece of wet and fatty biltong that had been living in the door well of my Landy. We cut it into thick pieces and offered it around. The first Hadzabe to take a bite spat it out in disgust.  “Uarrggh!” he gagged. “It’s raw!” The hunters proceeded to roast the last of our precious South African biltong on the coals – what sacrilege! Life is all about perception, isn’t it?

Now if all this sounds confusing, imagine what goes on in our expedition stomachs – pass the Imodium, mate! 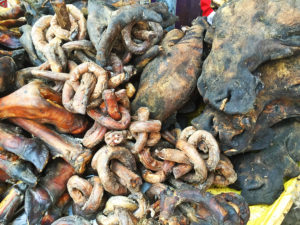 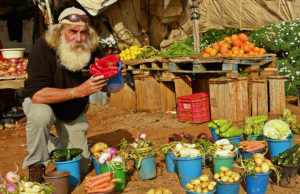 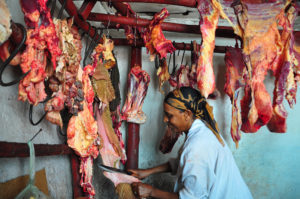 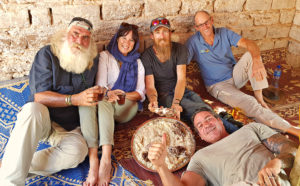