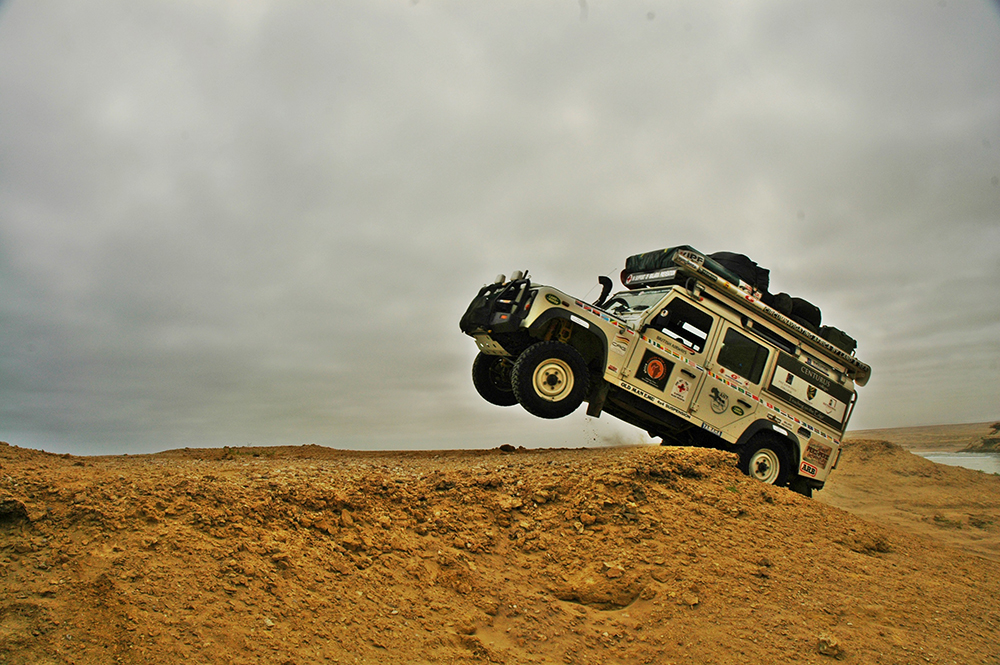 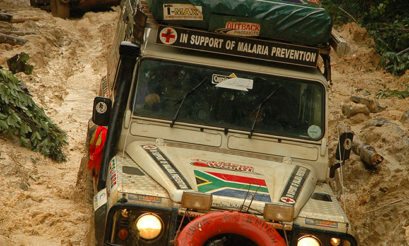 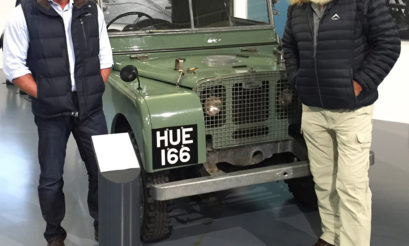 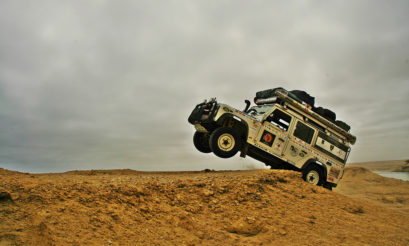 Choosing a vehicle for extensive expeditions is an extremely difficult task as there are a number of very capable vehicles from various brands out there. The choice of a 4×4 adventure vehicle is a very personal one, Kingsley and crew are unashamed ‘Landy people’  – he explains why.

What makes Land Rover special to us are two intangible traits: its heritage and the wonderful bonds of friendship amongst Land Rover owners that go beyond borders, culture and language. On top of its incredible off-road capabilities, these traits are what make this iconic brand unique.

We’ve studied pics of the new Defender and there’s growing excitement amongst Land Rover followers, many of whom were quite distraught when the last old Defender rolled off the assembly line in 2016. Thinking back, I remember how we celebrated that occasion by taking a clutch of old Series 1s through the high-altitude passes of the mountain kingdom of Lesotho. That was a great adventure filled with humour, spills and thrills, but every one of those old girls made it back home in one piece.

Recently on our Land Rover Discovery journey from Cape Town to Kathmandu and onto Calcutta, whilst zigzagging along the last of the expedition’s high mountain passes through mist, thick forests, tea plantations and hundreds of twists and turns to reach Darjeeling, we came across some of the legendary, old Land Rover Series 1s, originally brought to India by the British tea planters. In those days, they were the only vehicles tough enough to withstand the high Himalayan mountain passes of this region.

I remember when Ross and I last visited the UK, a highlight was to stand alongside HUEY 166 – the first Land Rover to come off the production line on 11 March 1948. It was born in a sketch made in the sand on a Welsh beach in 1947 by brothers Maurice and Spencer Wilks, who saw a gap in the market and designed a new vehicle using a Jeep chassis, a Rover car engine, simple body panels made from light alloy and a chassis made from off-cuts to avoid using post-WWII rationed steel. It would offer the benefits of a tractor with on-road capability and would be a Rover for the land – a Land Rover.

A year later, the first Land Rover was unveiled at the Amsterdam Motor Show. Bert Gosling was there at the beginning and in an interview a few years ago, recalled those early days with great fondness. “The only tools we had were those on the shop floor: hammers, saws, simple folding presses. The designs were all sketched on scraps of paper – they didn’t even have measurements on them and we were told to make what we could, but without press tools. We made them up as we went along and none of those first cars were identical!”

Who would have thought that those early 4x4s would go on to epitomise adventure and exploration around the world, starting with the first overland expedition by an Oxford-Cambridge team from London to Singapore in 1957.

Land Rovers are so part our lives – over and above the great sponsorship Land Rover gives our humanitarian and geographic journeys. My first was a bright yellow Series I and Ross and I still own a grey-green 1955 model named after my grand-daughter Scarlett, who can often be found curled up and fast asleep on the front seat. We still have an old V8 bakkie and are working on fixing up a Series II. In our stable there is also an old Tdi 300 Defender, one of the Landies that completed the 449-day, 33-country Outside Edge expedition and then went onto to do the Boundless Southern Africa journey to connect transfrontier conservation areas east-to-west across southern Africa; that one is one-of-a-kind.

We also took two Land Rover Td5 Defenders around the world following the Tropic of Capricorn by land. It was a helluva journey but ironically, the biggest hassle we had was getting into Australia, when the quarantine inspectors found 16 dead South American insects on the radiators. ‘Jeepers mate, that’s worse than a Bedford-load of Bin Laden’s!’ said the inspector in his Aussie twang. We had to send the vehicles to an Australian military base on the island of East Timor to be ‘debugged’ before they were allowed entry… little did they know what lives in my beard!

In the past few years, we’ve moved onto a mix of Land Rover Discoveries but still with our faithful old 130 Defender (aka ‘the Stomach’ because it carries all the expedition grub) in the convoy – a combination that’s allowed us to complete the length of the Great African Rift Valley, reach the geographic centre of the continent and taken us on adventures to all 54 African countries.

Our present Discovery 5s, alongside ‘the Stomach’, have taken us to Africa’s most easterly point in Somalia and now all the way across Asia to Kathmandu. I think we’ve proved the new Discos are not ‘Mom’s Taxis’ and with their incredible all terrain technology, are capable of tackling some of the most dangerous and difficult terrain in the world.

In Ghana, they have a tradition of burying people in wooden ‘fantasy coffins’ that depict their favourite thing or fantasy. Master craftsmen take bookings years in advance – a treasured fishing boat, a can of favourite beer, a box of Marlboro, a pineapple, a bus, a giant Parrot fish, a box of chocolates or a massive wad of dollar bills, an aspirational jumbo jet, a bag of maizemeal – I’ve even seen a coffin carved into the shape of a chicken. I guess if I were Ghanaian, mine probably would be an old Land Rover Defender!

And so it’s with great excitement we await the local launch of the Land Rover Defender brand that started 71 years ago.  We’ve been asked to come up with some challenging expedition ideas that will really put these new Defenders to the test once they are launched. After all, we believe that the heart of Land Rover – whilst having started as a drawing in the sand on a Welsh beach – belongs here in Africa. And so we look forward to keeping the legend alive. 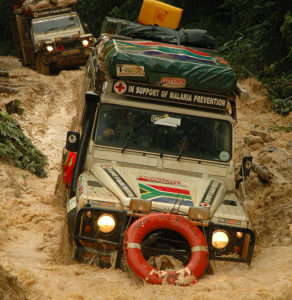