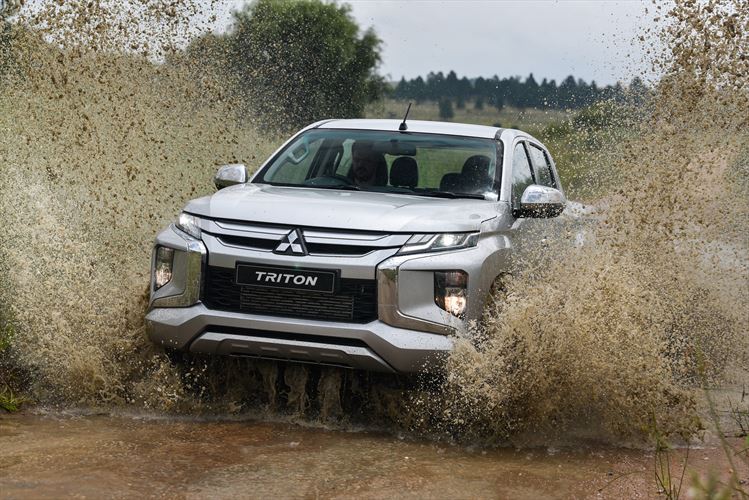 The Mitsubishi Triton is fitted with the brand’s excellent Super Select II 4WD system, and we raved about the Triton’s off-road ability on a recent extended trip to Mozambique.

We liked it so much that, ahead of this test, we reckoned the Triton could possibly ruffle a few tail feathers in the overall standing.

But then we started adding up all the test data and Malcolm Kinsey submitted his famous ‘parts bin’ pricing comparison data. And our independent judges spent some time behind the wheel.

Let’s start with the good stuff. As expected, the unique Super Select II 4WD system (with

For the majority of the other tests, the Mitsubishi recorded middle-of-the-road results – okay, but not great.

There were a few ‘oh dears’, too. Most notable was the parts bin comparison. With a total of R202 111, the Triton bin was a notable R140 000 more expensive than the winner in this sub-segment (Isuzu D-Max).

Our judges were also not overly impressed by the Triton’s on-road driving manners,

the ratios of the six-speed automatic gearbox and the ride on corrugated dirt. This resulted in the third-lowest score in this subjective segment.

Safety was another area in which the Triton did not score highly. In most international markets, the Triton gets autonomous braking and fancy lane-keep assist systems standard on high-end models. Here we have to make do without these aids, due to cost factors.

In the ‘90s, when the Mitsubishi Colt was manufactured here in SA, the brand shifted about a thousand units per month.

Sadly, the Triton seems to have fallen victim of a volatile economic climate and unfavourable importation concords.